As a trained GDR citizen, one was always faced with the dilemma of what would be better for the personal zero number: a packed shop window and an empty wallet or an empty shop window and a bulging purse. The latter was almost always the case in the East. Well, except for a few privileged people who were more valuta-doped than the aluminium chip-like equal people. The growing needs for vapor goods were well-taken from Western television or paid moon prices in so-called delicatessen shops, where cheaply produced products from the so-called permit production were offered for sale to the working people at astronomical sums.

At that time, the Mainzelmännchen were the ominous proclaimers of stories about unattainable, sweet fruits. Today it is the media. There are also alarmingly many parallels. Today's delicatessen stores are called Alternate, Caseking & Co, but the shortage does not come from the west of Germany, but from AMD. And instead of treats and alcohols, it's about just as life-threatening things as processors, but the addictive factor burns at least as deep into the brain as the Nordhäuser with the black label in the unrounded bottle at the time. Funnily enough, Intel does just as mysteriously with its current X299 CPUs, only that the mass-ready need seems to have been lost. Could anyone please tell them this carefully? 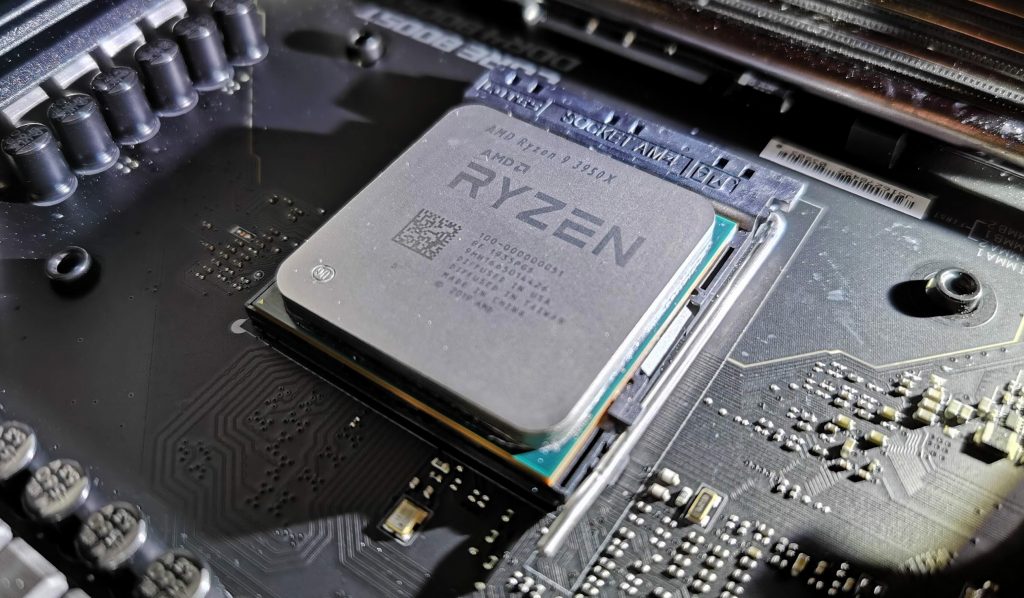 The pair of Ryzen 3950X, which have so far made it into the real-life, post-socialist trade, are mainly delegated under the counter in the old consumer-neat economy manner in inner circles and draped a few pieces on the counter to preserve the external appearance. At the very top of the matter, of course, so that no one can get on with his squealing sausage fingers. Touching prohibited, therefore, product samples instead of market coverage. This is also noticeable by the press, which is still welcome as announcing the good news (especially as a prospectus distributor of the low-calorie PR slides), but is all the more subject to the intra-party AMD selection process, because not every pimpf can easily ascend to the Politburo. Where would one go (understanding included)? 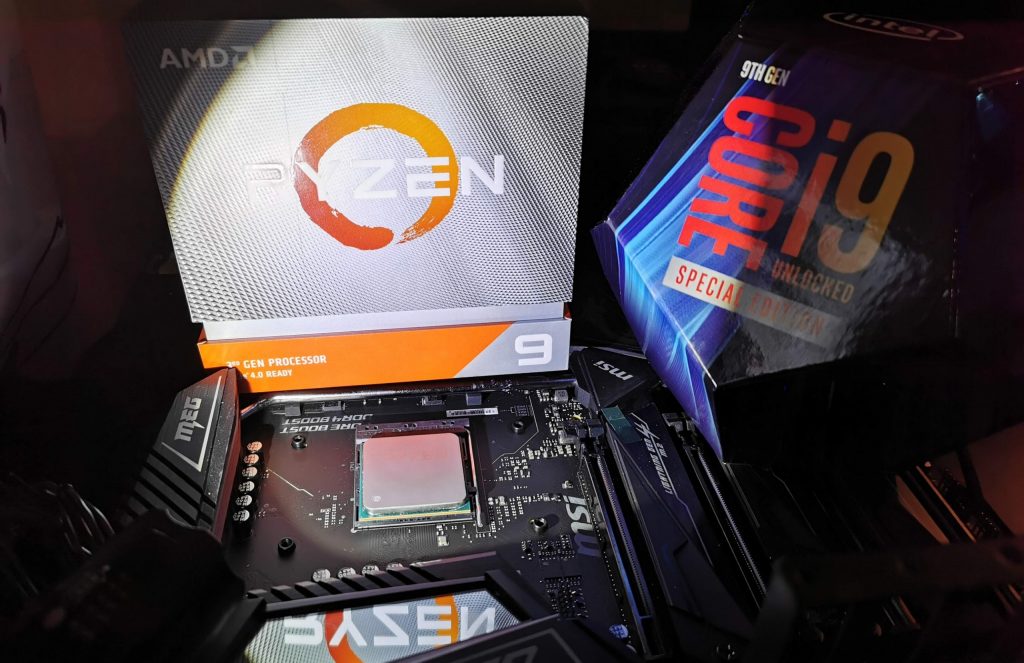 Lack of goods always has its reasons. It can also be strongly doubted that suddenly the 800 euro range of the CPU market would be overwhelmed by a tsunami-like wave of buyers. The fact is that after the delay of the Ryzen 9 3900X, the Ryzen 9 3950X is not even available in the otherwise sufficient small quantities in this price class. What we are witnessing at the moment is nothing more than the globulisation of the high-end market with products that can be sold much more profitably elsewhere.

AMD's big deals with the server moguls and the success of Epyc 2, which, despite aggressive pricing, appears to be the new cut bread of the mainframe clans, are also hitting the PC precariat down to the bottom. From a business point of view, this is even understandable, that one would rather shoot every still somehow usable chiplet into an epyian orbit than bury it in sleazy consumer CPUs. But perhaps the launch could have been waited until 2020. Not, because I forgot Intel.

Although what is in the case of meagre up to 15% between a Core i9-7980XE from Anno Tobak and the current 10980XE would not even have been worth a paper launch of the big Ryzens. Don't buy anybody anyway. Well, almost none. And Intel can thank AMD for channeling its goods flows into the cloud, so at least you can pretend that there is real demand. But that wouldn't make me sleep quietly either.

And what does this mean in concrete terms for the East German economic area around Chemnitz? The single product sample for the Ryzen meat inspection is unfortunately retracted in a timely manner, post-tests are excluded. Requests to the Trade Commission and the goods stream managers for the purchase have unfortunately been unsuccessful so far. And I don't pay black market prices on principle. The Ryzen 9 3900X has disposed of itself despite decalcified electricity and low-calorie food. In humans, this means sudden infant death, cause unknown. Post-delivery or replacement? Dream next…

Welcome to the real-life and those who have not yet understood what unsatisfactory needs and shortages can mean for the mental balance: here would be a really nice example of how it is not enough to freeze the prices of bread, water and games. Man wants more if he can and wants to do it. And what about Threadripper? Let's talk about it when the part has changed from a visual object to a real object of purchase. At some point, next year maybe. And Intel? Ask later…

A class of its own: AMD Ryzen 3950X – Power consumption and efficiency analysed and documented in detail
Gainward GeForce RTX 2060 Super Ghost 8 GB review – How good is the RTX entry in cheap? | Profile