After many measurement series and invested hours, the article about the power consumption of the Ryzen 9 3950X was (just) finished. The CPU, which AMD collected again this morning by courier for the rotation between the editorial staffs, was even somewhat warm, because I had to break off the tests now unfortunately. For this reason, there will be no temperature analyses with chillers, air cooling experiments and the estimation of leakage currents etc.. That’s a pity, but due to the unavailability of these CPUs (at the moment) it can’t be changed. I just ask for your understanding and appeal to AMD to check the sampling of the media again. It wasn’t even possible to buy an own sample, despite many requests.

But what I have achieved is a very impressive picture of a highly efficient CPU, which virtually pulverizes Intel’s comparative model (at the time of launch) in the form of the Core i9-9960X. The Ryzen 9 3950X is more efficient and faster. This can be proven quite well with many tests, especially since I will also discuss the performance of the individual cores with one or two threads (SMT Off and On). For the rendering of the igoBot alone, these are 32 individual measurements, the longest of which was quite long with almost 2 hours and 15 minutes. For the reasons already mentioned, the Eco-Mode had to be omitted. I measured with the oscilloscopes and the new motherboard test setup (see Leistungsaufnahme-Messung in Echtzeit an CPU, GPU und Motherboard mit System- und Sensordaten kombinieren? Geht doch!) including single rail measurement of all incoming lines and the integration of the sensor values by means of the exact time stamp. That’s something to be proud of in the end, but it’s an accumulation of data sets that has washed itself away. But in order to understand why in this case many relevant sensor values of the motherboard are correct, I have to explain this again briefly. Because you can fall for it here, too.

I have already written several times about how different the sensor values of the different motherboards are. Especially with the total values of what the voltage regulators delivered to the CPU on the output side, there were and still are extreme differences, for which the term tolerance would still be an exorbitant understatement. In order to be able to classify all values delivered by the motherboard correctly, I first took a closer look at the board used for this test, a MSI MEG X570 Godlike, and also measured it in many places.

The voltage regulators for the CPU rely on a clean 7-phase design, where each of these phases gets a counterpart with a matching doubler chip. Thus, a total of 14 voltage regulator circuits are available. The TDA21472 used as VRM combines a synchronous buck gate driver with low quiescent current, a Schottky diode and the required high-side and low-side MOSFETs. What makes these PowerStages so interesting, however, is the temperature-compensated and high-speed sensor for the current at the gate with very high accuracy and the analog temperature sensor.

Thus, this so-called MOSFET-DCR (DC Resistance) is far superior to any Inductor-DCR of conventional circuits, because their conventional and significantly more favorable Inductor DCR represents only a kind of estimation of the current flow over the inductive resistance of the respective filter coils in the output range. The manufacturing tolerances of the coils and the lack of temperature compensation alone may result in differences of many watts at full load. Therefore I tried to determine the efficiency of the converters by measuring and reading the input and output sides. 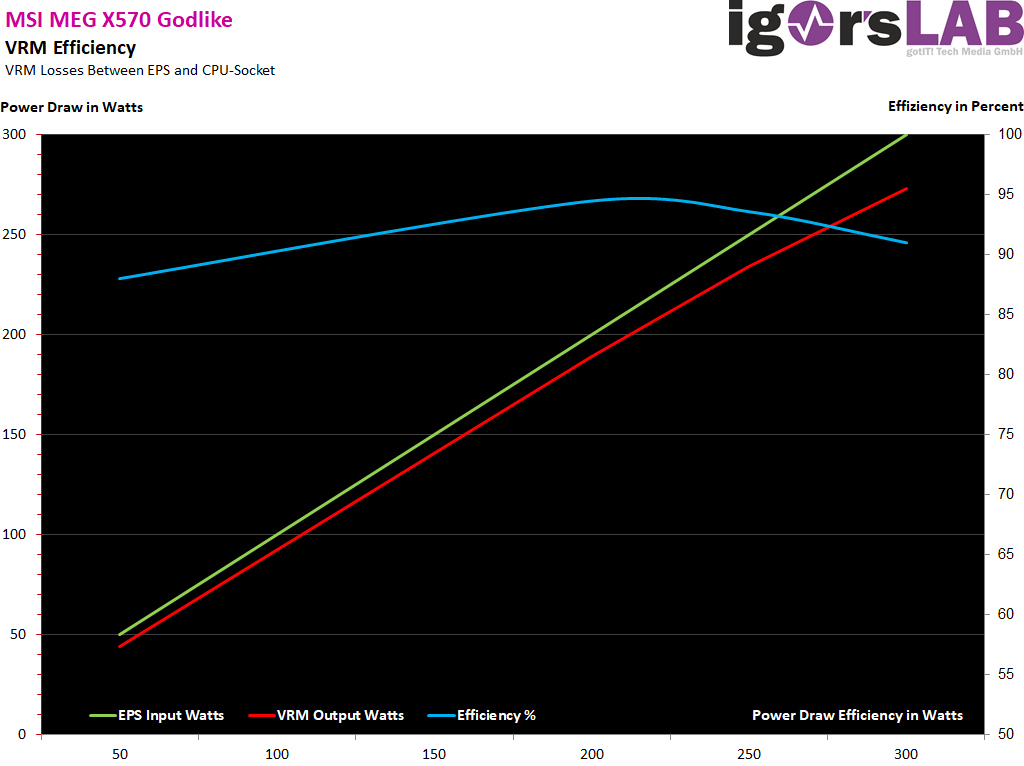 We see that the efficiency of the voltage regulators is highest at approx. 200 watts with almost 95 %, but barely falls below 90 %. This is a very good value, especially since relatively little waste heat is generated that would have to be cooled down. After all comparison tests, also directly on the motherboard, the values for voltages and currents readable at the sensors can be described as very accurate, even if the measurement intervals of approx. 500 ms are very high. However, it cannot be any smaller without generating additional CPU load on the system. And that’s exactly what I don’t want.

But before I start with the results on the next page, there is a quick overview of the test system in tabular form: 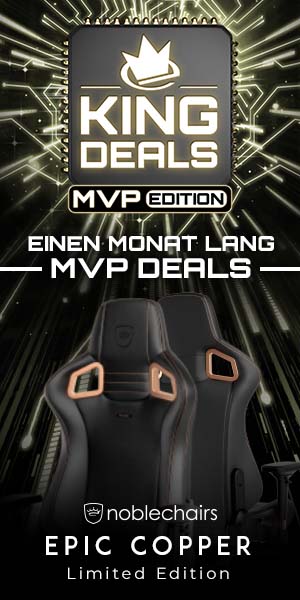