Deepcool, or their own gaming brand Gamer Storm, is perhaps better known for their cases with integrated AiO water cooling or eye-catchers like the Quadstellar, less for individual cooling solutions. But already last year they started their attack on the radiator best-lists with a series of water-cooling systems and the air-cooler giant. You can find out how the cold air killer performed in the test today in this test.

As so often lately, the cardboard of the Assassin III is also printed all over in colour with accents, here in green. The design is consistent with other packaging from Gamer Storm. On the outside, in addition to a picture of the cooler, general characteristics, the specifications and a short description in several languages can be seen. There is nothing more to be said about this for the time being. 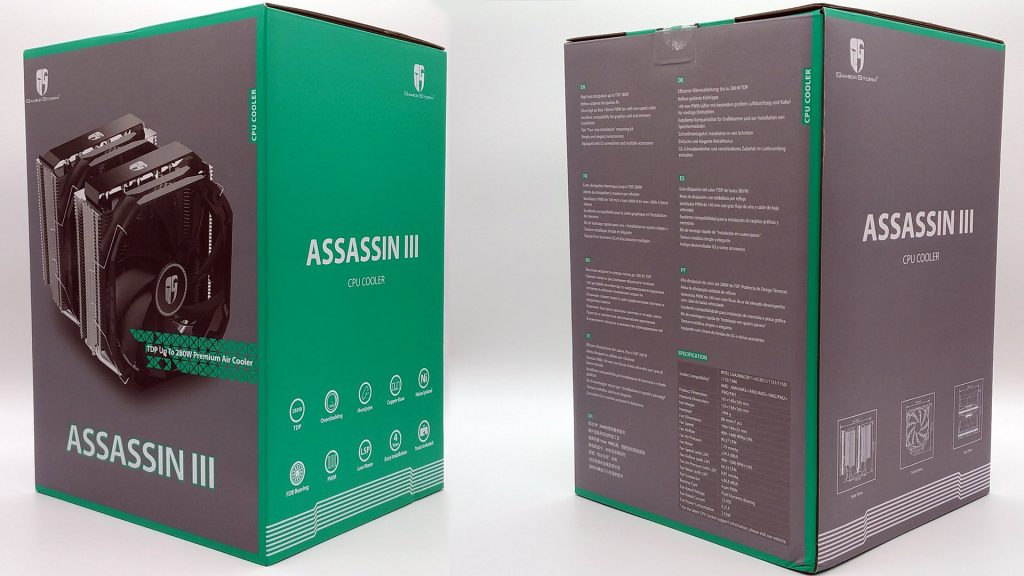 Mounting accessories, the two fans and even a screwdriver come in individual small cardboard boxes, plastic bags are used rather sparsely. Laudable!  Even a cloth for wiping off old paste and a card for spreading the new heat-conducting paste, supplied in generous quantities, are included. Similar to the competitor Noctua, low-noise adapters for the two decoupled TF 140S fans are also included. 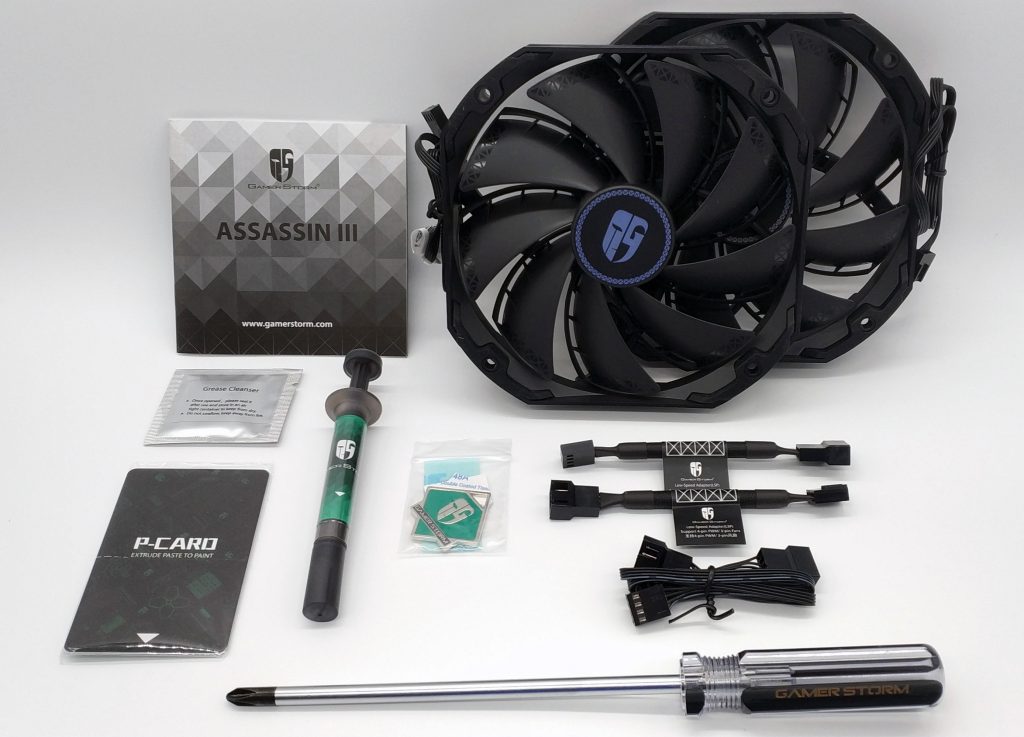 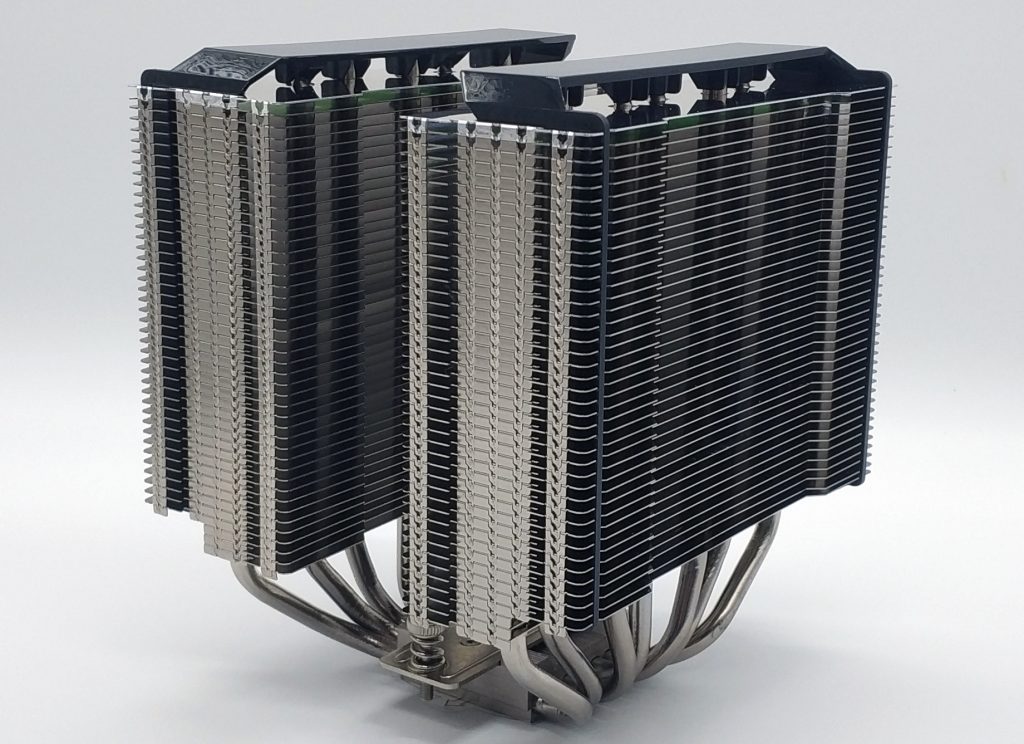 In order to keep the monster safely on the pedestal, you have to use your own backplate, which is also a sensible decision considering the net weight of almost 1.5 kg. With some rubberized spacers you fix two brackets around the CPU, into which the two premounted, spring-loaded screws are turned. 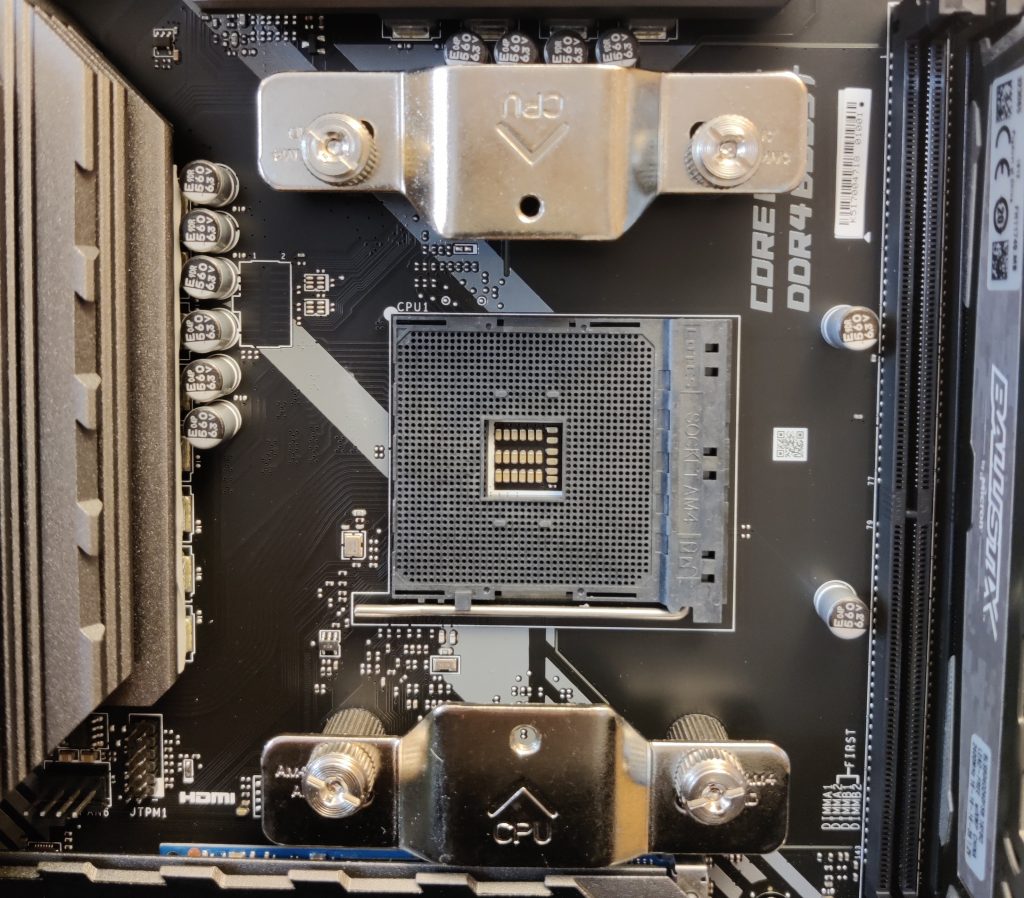 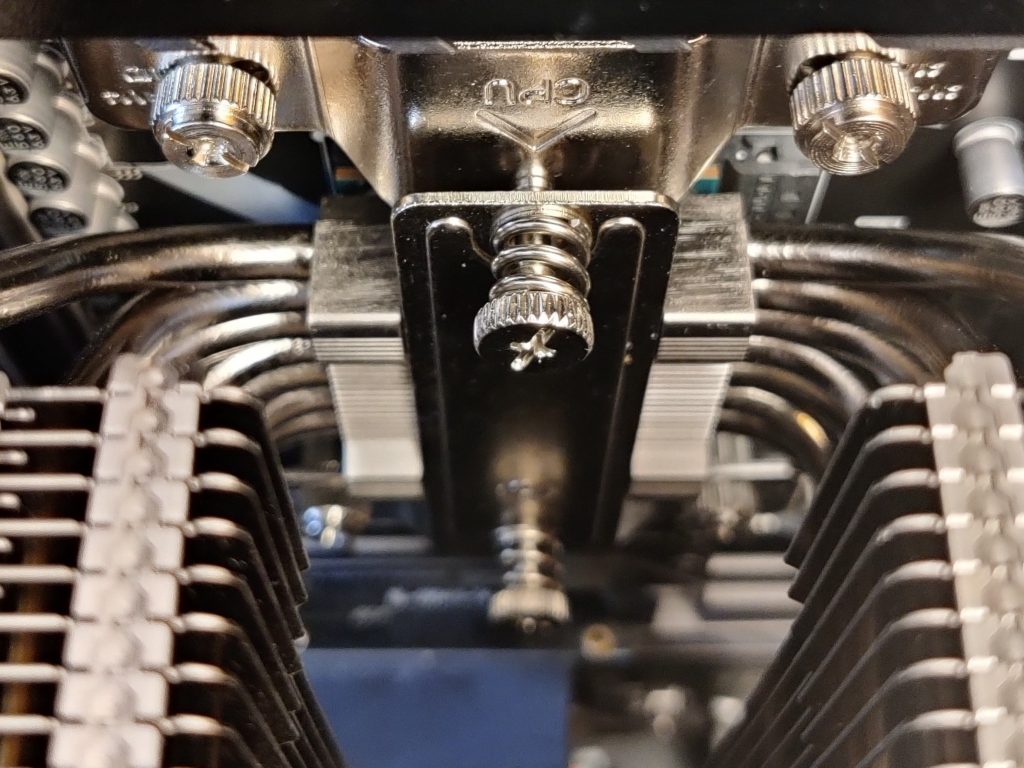 The two fans are normally hung on the cooler first after installation, but then it is more difficult to take pictures, here one by one: 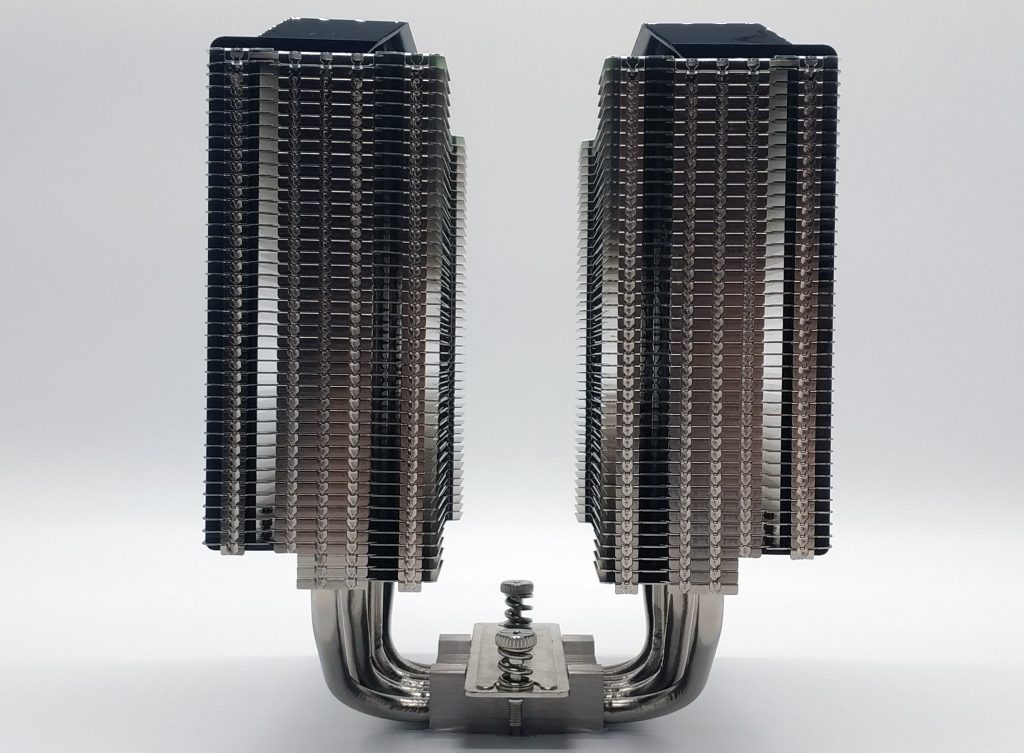 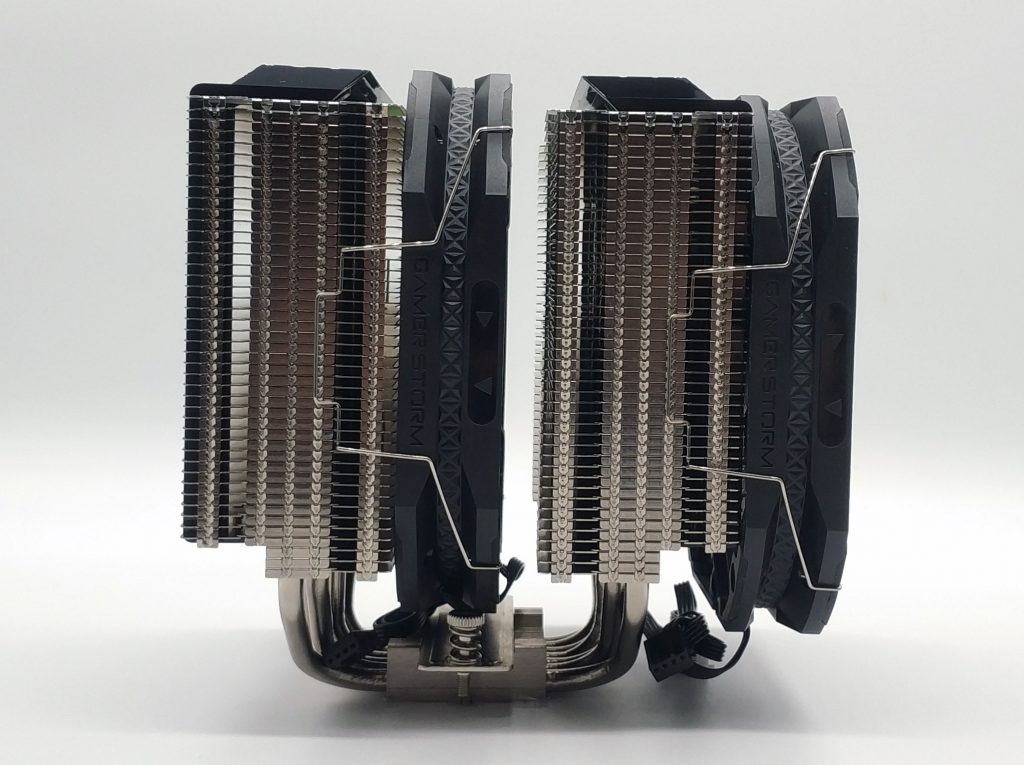 During the installation I noticed a few little things, which were not a broken leg, but still worth mentioning: The included heat-conducting paste was very viscous, at least for me, really rather a paste than the usual, slightly liquid mush. So the plastic card to hand out was not really helpful, I finally borrowed a small spatula from a Thermalgrizzly Kryonaut. More to the tough paste at the end. On the positive side, however, the very good workmanship of the cooler should be mentioned; all potential finger-slits are rounded or deburred.

You have to be careful with your RAM, the front fan covers all four slots of my ATX board. Very high RAM can only be built in if there’s still some air between the cooler and the case side panel, so that the front fan can be placed higher. 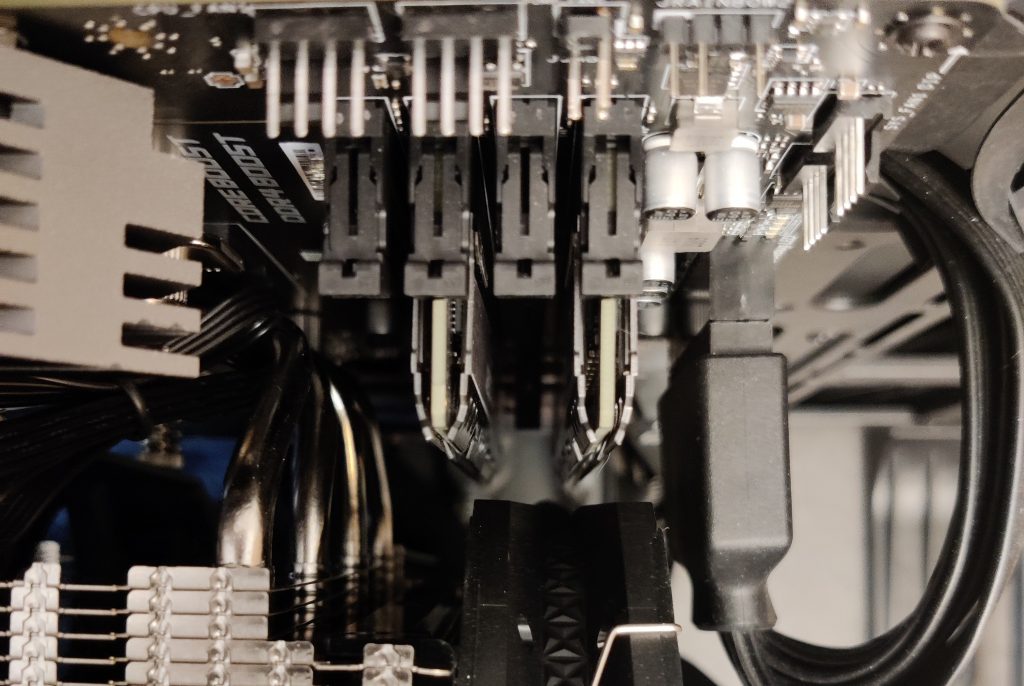 Following is an overview of the technical data, further information can be found as usual on the manufacturer‘s website. 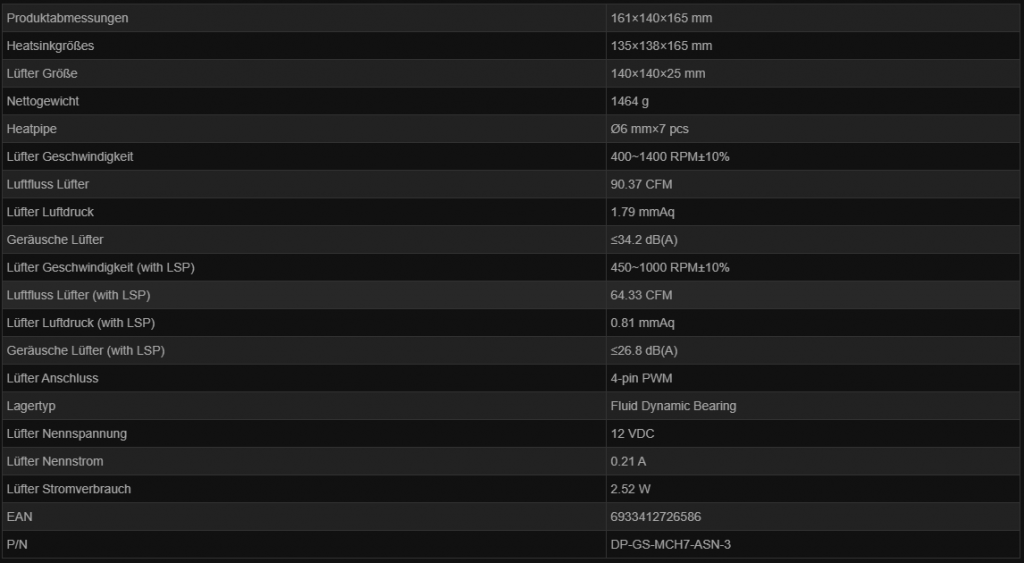