The idea of testing power supplies not only synthetically on the chroma, but simply once in the usual setting of a possible user, is actually not even that absurd, but usually fails because of the amount of test objects. And where do you get these power supplies after all? From the manufacturer! And in order for him to overcome exactly this step of the mass test, you have to motivate him de facto in a very friendly way to a challenge. When you are so convinced of your own product, nothing can really go wrong, can it? Let’s have a look. 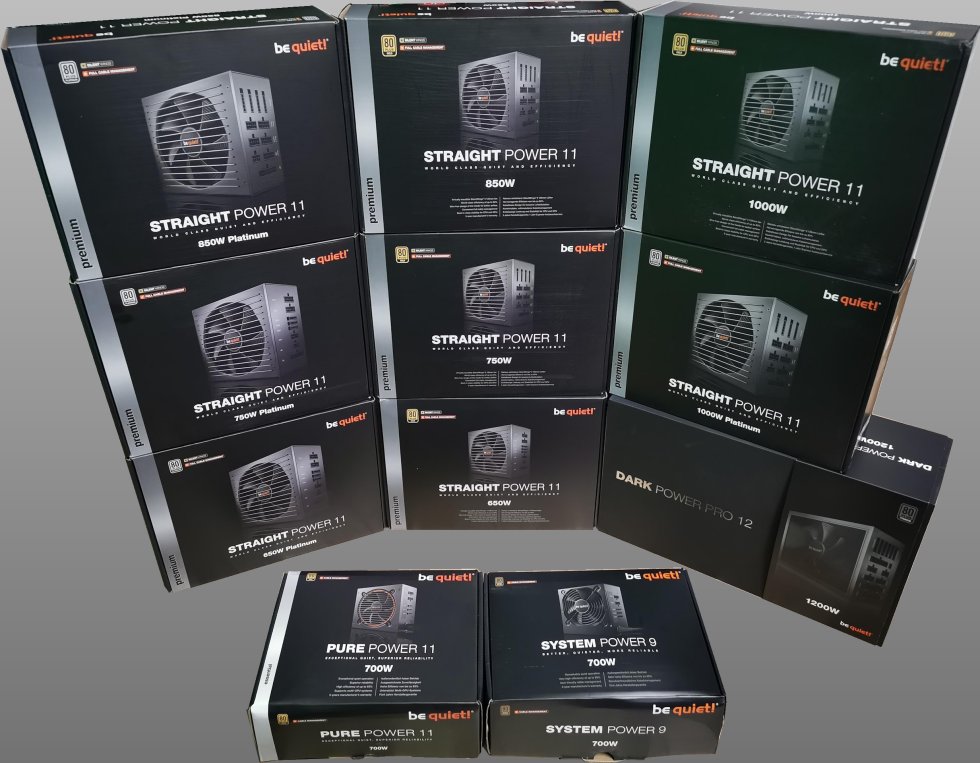 However, despite all curiosity about what will switch off when, one must remain fair and not immediately stress the cheapest entry model with the fattest graphics card and CPU in the maximum OC, because that’s exactly what nobody would do in reality. Well, almost never, because there are supposed to be contemporaries who always put the power supply unit into the shopping cart only at the end (of the budget) and then have to deal with what financial leeway you have left. Of course you don’t have to support this, even if there are such cases from time to time.

It is measured on a MSI MEG Z490 Unify, on which not only 32 GB DDR4 4000 Vengeance Pro RGB from Corsair is plugged, but also an Intel Core i9-10900K (optionally) overclocked to the limit of what is reasonable (ok, what is reasonable for an Intel CPU?), which is pure unreasonableness in today’s world, but is therefore (literally) highly recommended as a test object. Together with a quickly assembled custom loop (Alphacool XPX, Eisball and NexXxos 240 UT60, 2x be quiet! Silent Wings 2). Alternatively I tested the whole thing with a not yet released AMD Ryzen of the next generation (pssst!), which I can’t describe in detail for reasons of the NDA, but which does it just as well on a MSI MEG 570 Godlike.

RAM and peripherals remain the same. For a better representation of reality, I connected additional consumers in a second, final test and simulated e.g. the load with an external hard disk (which is also used as a data grave). All in all, the power consumption of the Intel system, independent of the graphics card used (the comparable AMD system is much more economical, but cannot be broken down because of the NDA) with all components including all connected peripherals and all voltage converter losses can be estimated as follows:

Dimensioning of the average power consumption and the spikes

Because it always generated the highest values except for the GPU (de facto equality), I only use the Intel system, which was always in part quite clearly ahead even with the average values. To be able to classify this correctly, however, you need to know two things: the average power consumption of CPU and GPU over a certain period of time AND the occurring load peaks with at least 20 ms duration, which can then also lead to a shutdown.

For this worst-case consideration I first use the MSI GeForce RTX 3090 Gaming X Trio. Let’s now look at the loads on CPU and GPU as a curve including timeline over the entire benchmark: 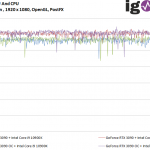 Viewed in bars, the whole thing is then generated like this: 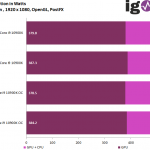 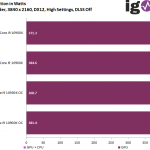 Furthermore, I would also like to ask you to consider that the motherboard can also switch off with a Core i9-10900K briefly beaten to 250 watts, as colleagues have seen in an Asus Z490 Strix-E Gaming (exemplary) with some power supplies. But since the computer almost always restarts then, it shouldn’t really be the protection circuit of the power supply, because if it has triggered, the system definitely stops working. This is where things can become more complex, for example when the power-good signal is withdrawn by the motherboard. Then you would have to measure the relevant voltages on the board.

Incidentally, the setting I chose with The Shadow of the Tomb Raider was quite capable of chasing the CPU up to 207 watts in short peaks, but the graphics load was always a bit lower in this special intervals, so that the total value was not so extremely high. You also have to look at the time intervals, where I filtered out everything below 20 ms for lack of relevance.

For the MSI GeForce RTX 3080 Gaming X Trio, you can subtract about 30 watts from the respective values in Average and Peak, for the MSI GeForce RTX 3070 then about 130 watts to get a representative value. However, we will see that in the end we will not need this in full. So equipped, we can now play the DJ, and swap power supply for power supply. So please turn the page!