The classic soundcard is dead, long live the classic soundcard? Somehow it is and I would like to explain it again with a longer self-experiment. I myself criticize the headphone outputs of the onboard sound solutions often enough and am always glad when motherboard manufacturers have followed the suggestions of customers and editors and improved the onboard hardware piece by piece.

Better DACs, but above all more potent amps and finally a more practical spatial division and positioning on the circuit boards have ensured that you won’t even have to bother with the ear wobbles if you go for the manufacturer’s standard menu and boldly omit the acoustic saturation layer, which is subject to a surcharge. Often enough this works quite well – but it’s not really perfect after all. In that case the motherboards would cost much more and it also becomes a rather tricky space problem. 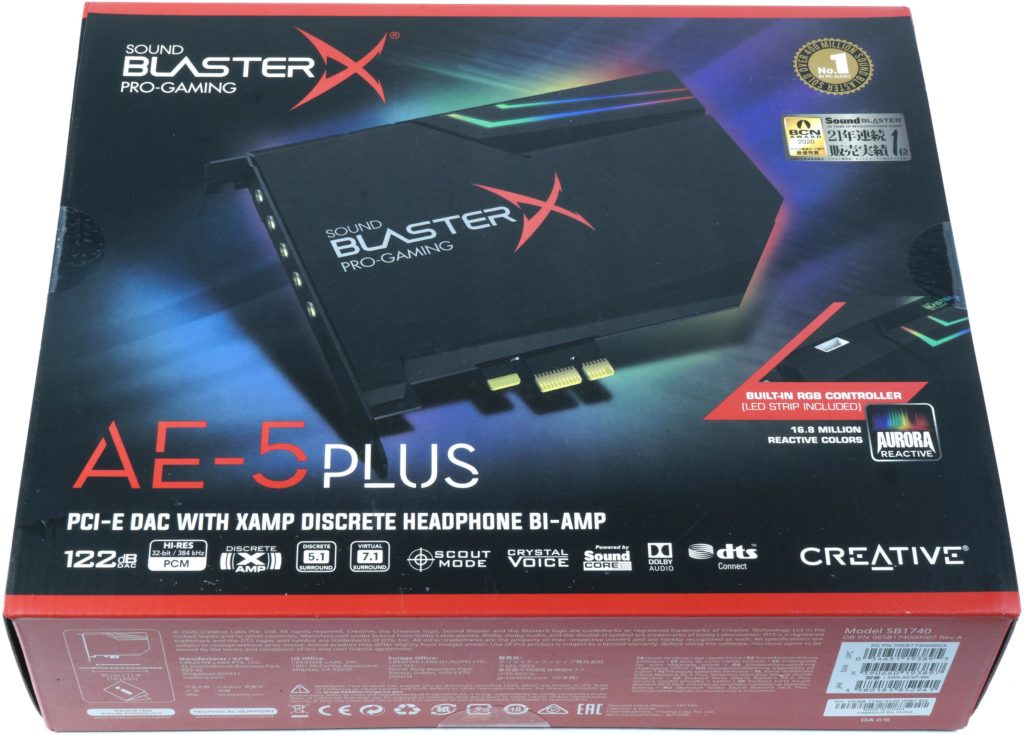 Unboxing including scope of delivery

When I unpacked it, I found the PCIe soundcard, a quick guide and a LED strip. The latter is quite nice, but also not a killer feature. It’s nice to have it with me, but it doesn’t add anything to the overall picture. And since I tolerate RGB, but it’s not very important to me, at least not for the soundcard, the Christmas tree decorations go right back into the box.

More interesting is the design of the sound card, where Creative again focuses on the technical wishes and provides a clever, metallic shielding. With this the eternally chirping “What you hear is what you see” should finally be a thing of the past. This is exactly one of the reasons why onboard sound can only be approximately perfect. Irradiation, crosstalk and the funniest sound effects that can arise from the non-linearities of many modules are just a tip of the noisy black pudding. 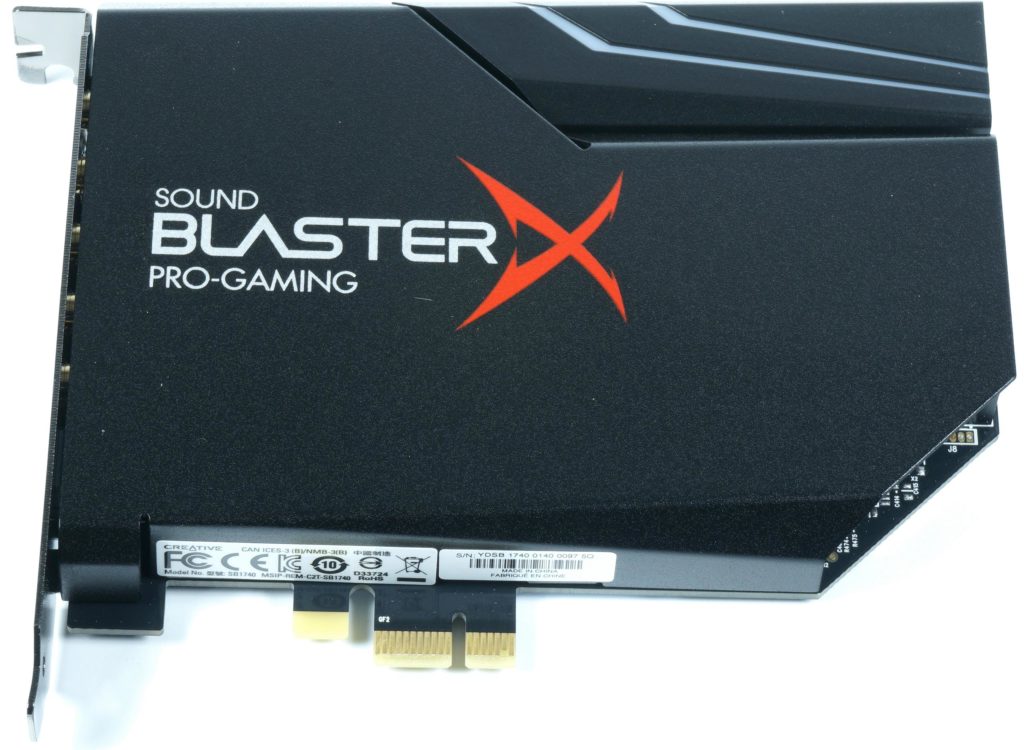 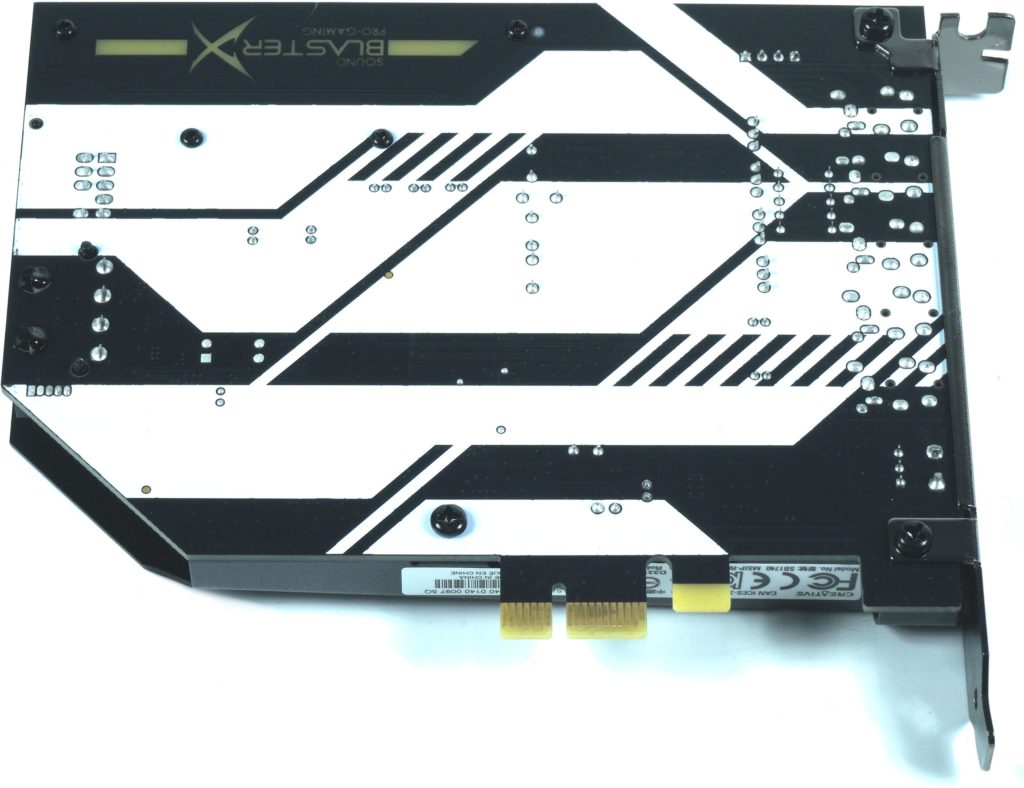 Besides the usual analog jack inputs and outputs (analog 5.1 is still possible here), the inclined user will find an optical SPDIF connector on the slot bracket.

At the end of the card you will find the HD audio connector for the HD Audio front panel, as well as a ugly Molex connector, which fires the board bound RGB all-round illumination. There is also the socket for the included light strip on the back of the card, but I already wrote it: not really relevant (for me).

Of course, I unscrew the whole tour as well, because curiosity is always the last thing to die. The heart of the whole thing is the SoundCore3D, a CA0132-4AN for digital sound processing (DSP). The CA0113-4AG used as a controller, which itself is well-known. 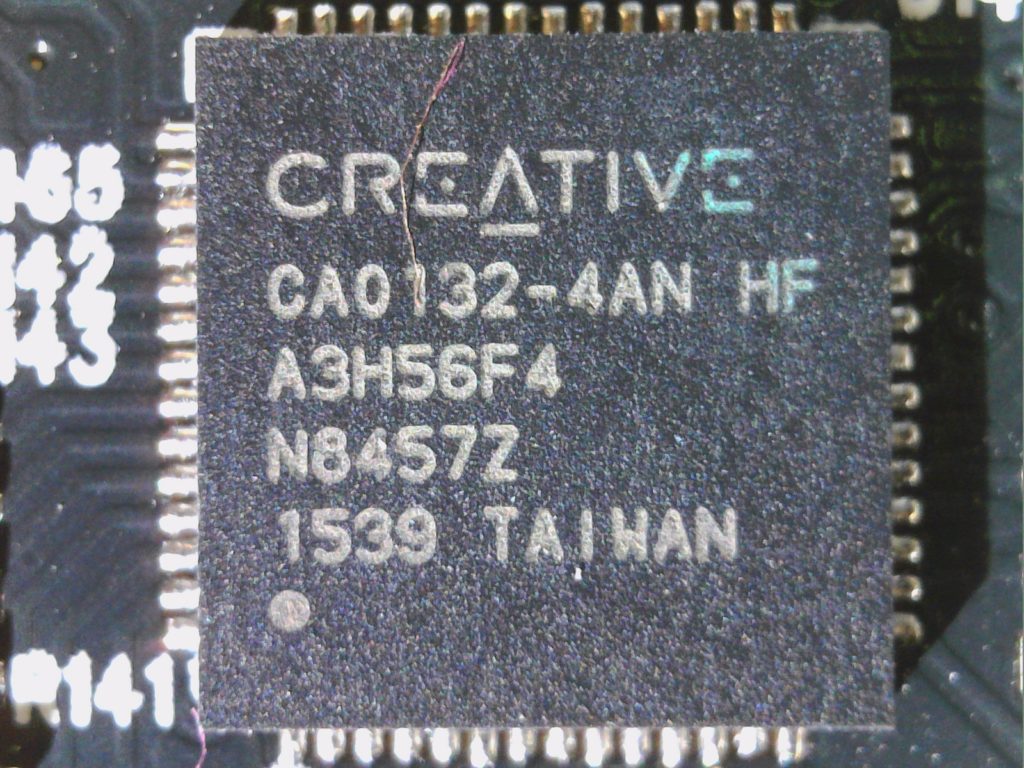 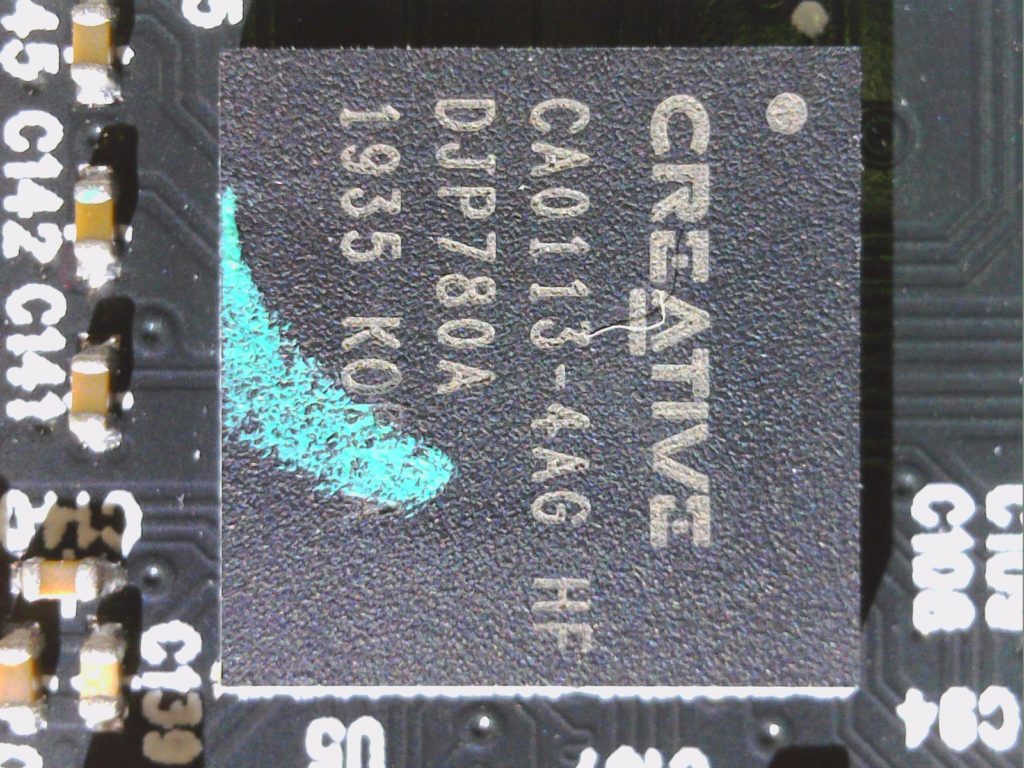 The board is no longer from SUNTAK Multilayer PCB Co. Ltd. as with the AE-5, but from TECHWISE Circuits Co. Ltd. The layout is completely the same, although some components are from other manufacturers. The basic circuitry is at least still the same. 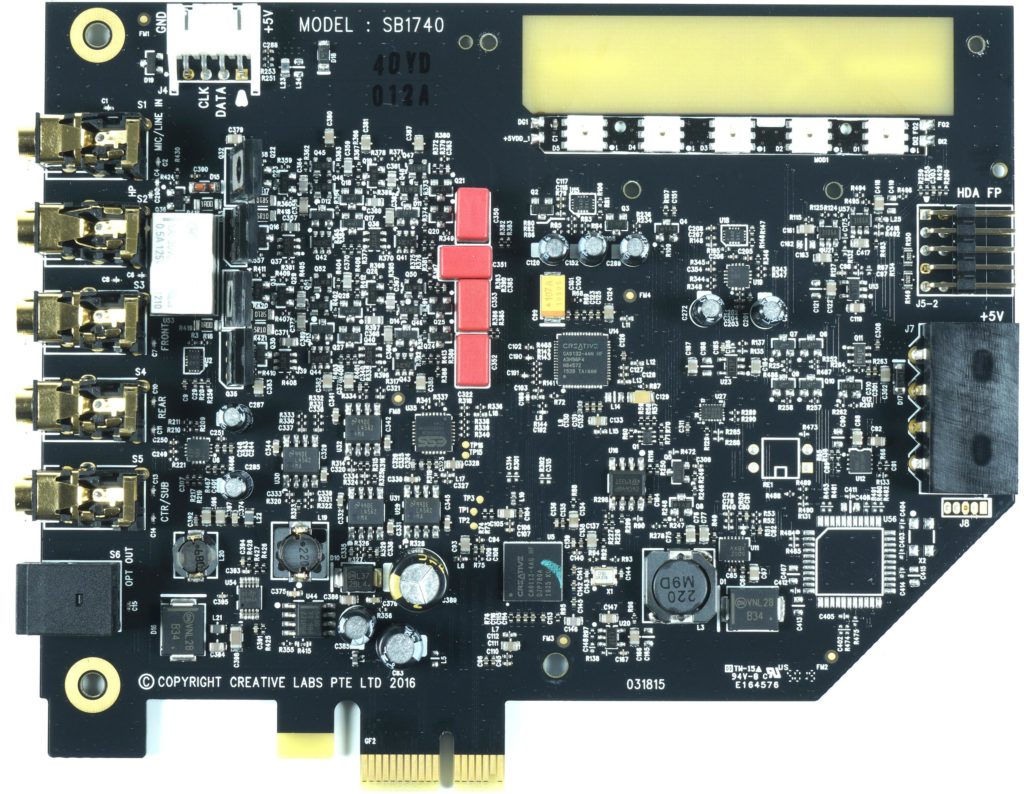 The heart is the DAC, as always, and the Sabre Ultra (ESS ES9016K2M) achieves a rich rate of 384 KHz in the audio stream at 32 bits in playback. In terms of signal-to-noise ratio, ESS gives an extremely good 122 dB and a low value of 0.0003% for harmonic distortion (THD, Total Harmonic Distortion). The jitter protection is also advertised by ESS and is used for clock stabilization under adverse conditions (voltage fluctuations, load changes).

The amplifier part is the cream of the crop next to the DAC. Creative relies on four soldered LM4562 Op-Amps from Texas Instruments, which are not easy to change, but that’s not necessary. The overall gain factor (input voltage, gain) can be adjusted to the headphones in three stages by software, so that even high-quality 600 Ohm amps are fired so brutally that you have the distortion under control. 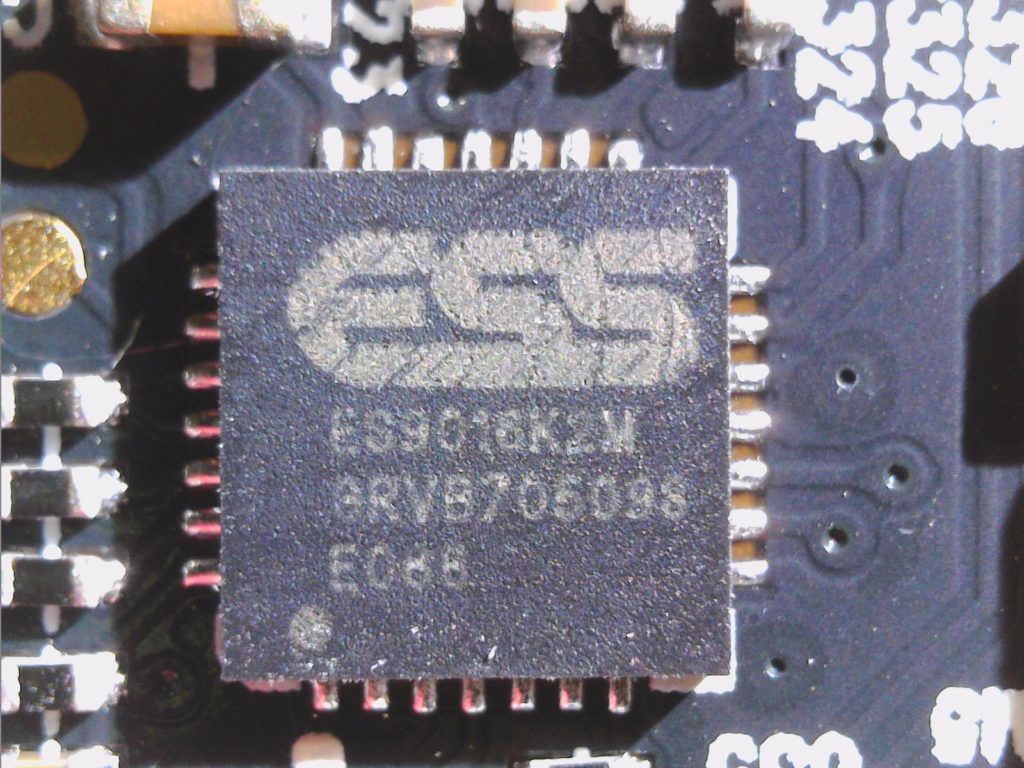 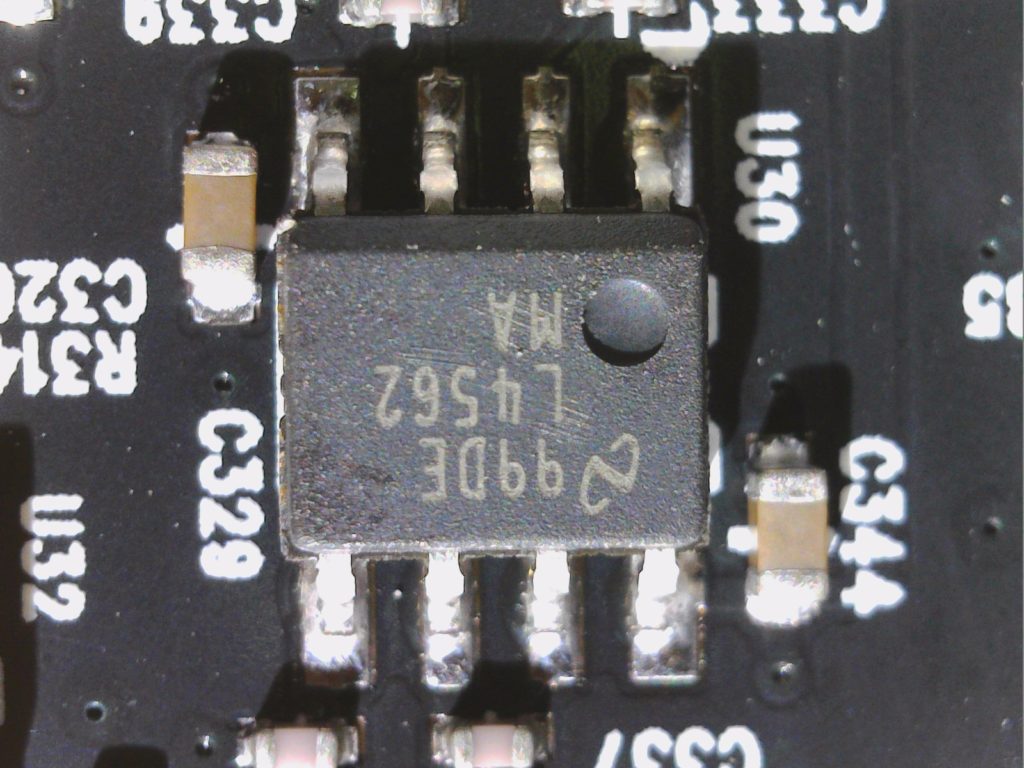 In addition there is a complementary power amplifier with one BD139 (NPN) and BD140 (PNP) per stereo channel, which are not cooled. With the so possible up to 1.25 Watt per channel you should be able to get there easily. These low-voltage transistors never reach the maximum possible 150 °C in the current circuitry anyway. 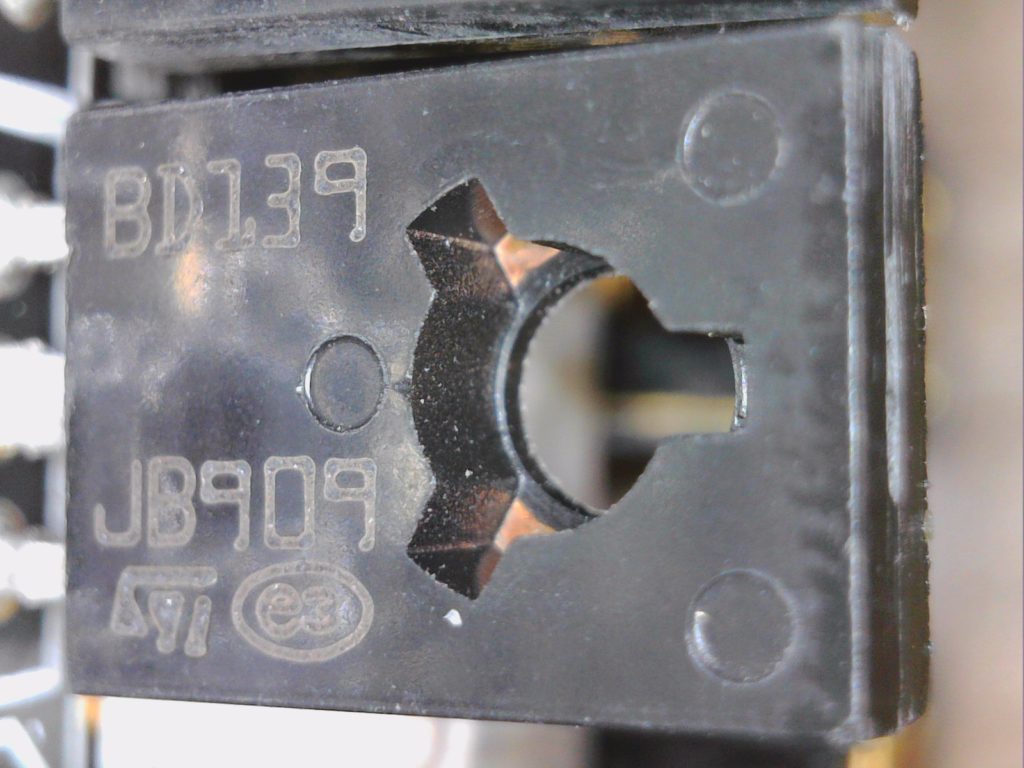 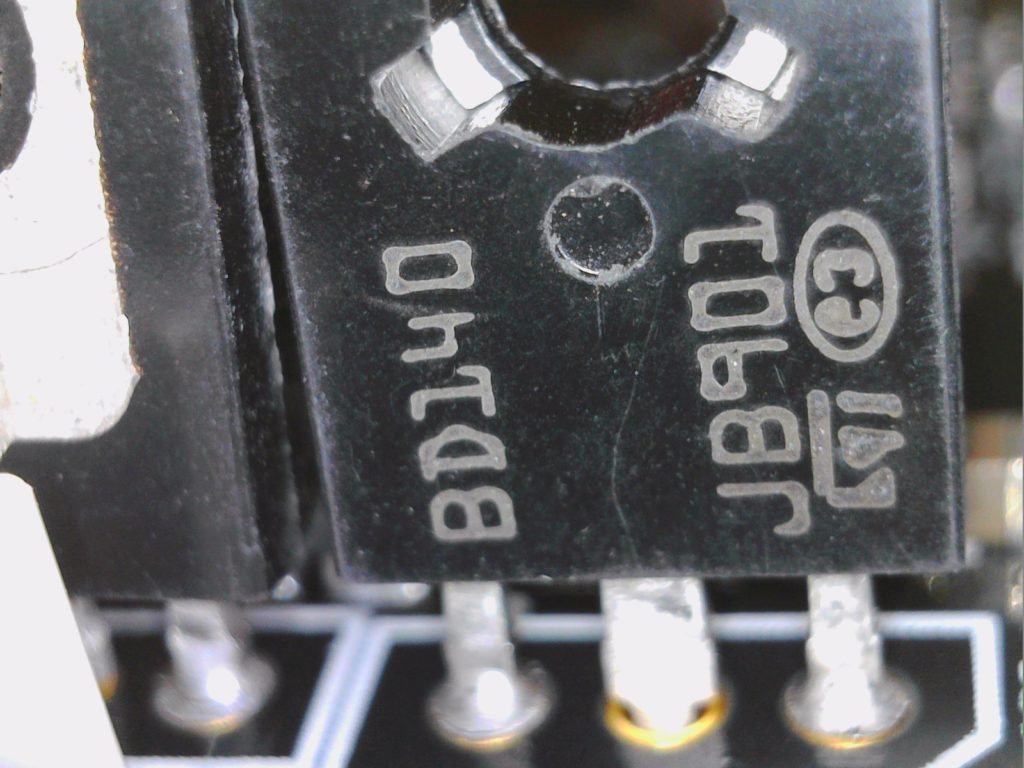 In the end it’s almost like a good guitar preamp where you have to find the compromise between input sensitivity (gain) and general volume. If high-impedance headphones on normal onboard solutions sound rather bass-free in the acoustic valley and flat in the higher ranges, the expensive purchase may now be leathered off with a full bosom. But more about that in a moment. All in all, these components all appear to be of very high quality, which will certainly (somewhat) relativize the price in the end. Because also the used caps are all on a very high level.