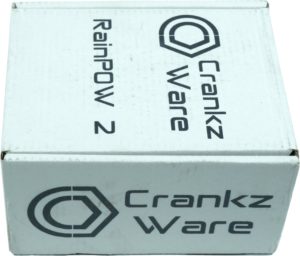 One for all and all on one? it’s perfectly possible if you use the right hardware. With RainPOW! 2.0 the German startup CrankzWare has combined pretty much everything that can be read and controlled into one unit, as long as it has RGB and connectors. The advantage of the RainPOW! 2.0, which is completely manufactured in Germany, is however also to a large extent contained in the software that comes with the device free of charge and is not based on a cost-driving subscription model as is the case with many a competitor.

The RainPOW! 2.0 is compatible with all types of LEDs, whether 12V analog or 5V digital (as long as no proprietary data bus is used such as by Corsair). Up to 768 LEDs can be addressed on a maximum of 4 analog and 4 digital channels, which should be enough. In addition, a connection to the motherboard can be established to use RainPOW! 2.0 as a “booster” if necessary. In addition, a maximum of four fan or Pump headers can be controlled with PWM technology, which can be extended up to 120 components. The control is carried out in 10% steps or via the temperature, which can be read out separately via commercially available NTC sensors in addition to the system on a total of four channels. 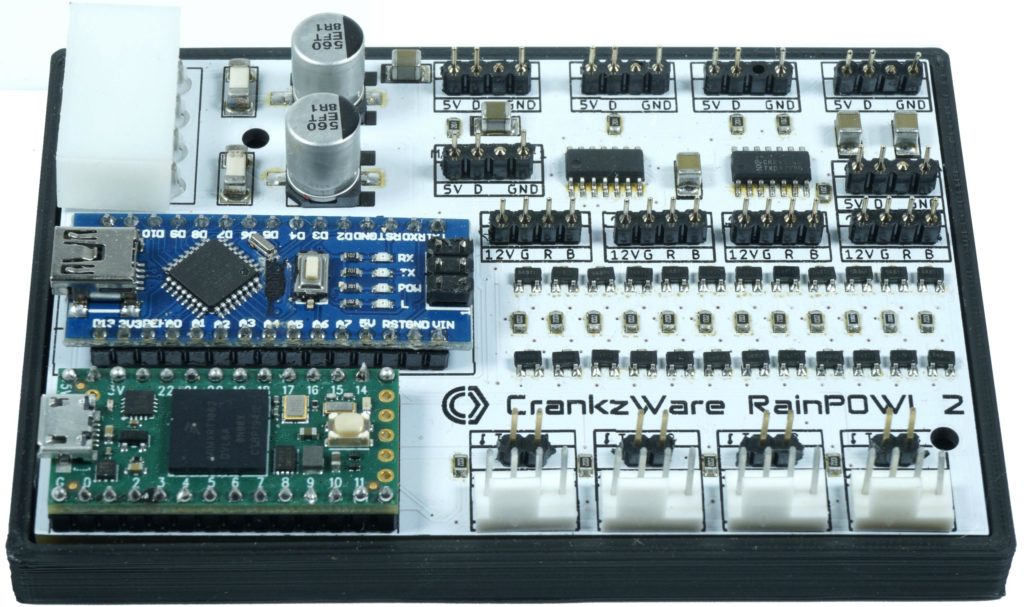 What CrankzWare calls “EyeLight” is the popular Ambilight effect, a dedicated header for the reactive backlighting of the screen. Up to 144 Hz are possible here, the content is controlled via AmbiBox or Prismatic, depending on the user’s preference. This is not only a nice effect, but also saves your eyes and nerves when you sit in front of the monitor for a longer time. So far so extensive, but of course I have to test it all first.

Technical features and board analysis

Well, now everyone can come and claim to have the biggest and longest. Especially in the case of controllers, one unfortunately only notices after the purchase whether one has bought something solid or just any old stick with quirks including the gaming penalty duty. That’s exactly why I first took a closer look at the built-in technology, because you can already infer the possible result or certain limits. This already starts with the circuit board, which uses a solid 70 μm thick copper layer. Why this is so important and why the most used 35 μm could be a bit scarce is shown in the overview: 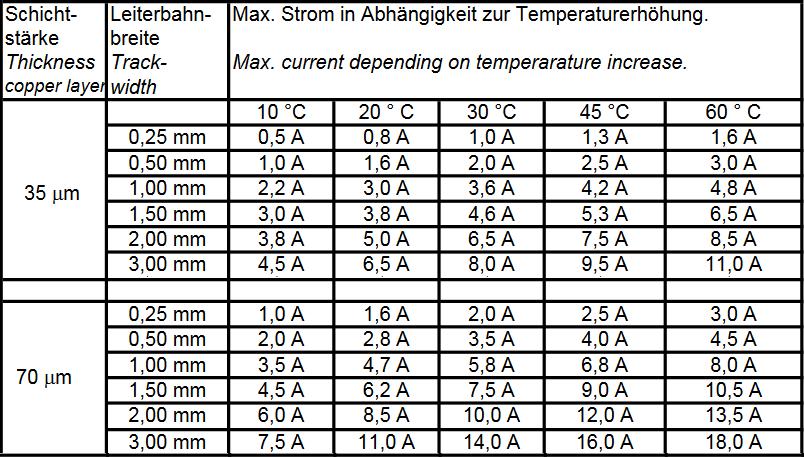 The real brain of the RainPOW! 2 sits on the green board and is a 32-bit ARM Cortex M7 CPU with 600 MHz clock frequency. Due to the high clock frequency and the possible multi-threading, the whole LED effects are then not only calculated very fast, but (and this is important) also in parallel. This 32-bit CPU ultimately ensures butter-smooth animations at up to 60 FPS. Not only in theory, by the way, because you can really see it. The power supply of this green board is done, together with the data stream, via a normal mini-USB socket. Matching adapters to enable this also internally e.g. on a USB 2.0 hub is available at the big A. However, you should really make sure that the USB voltage does not exceed the 5.2 volt limit (USB Specs!), otherwise you will surely get roast piglets. 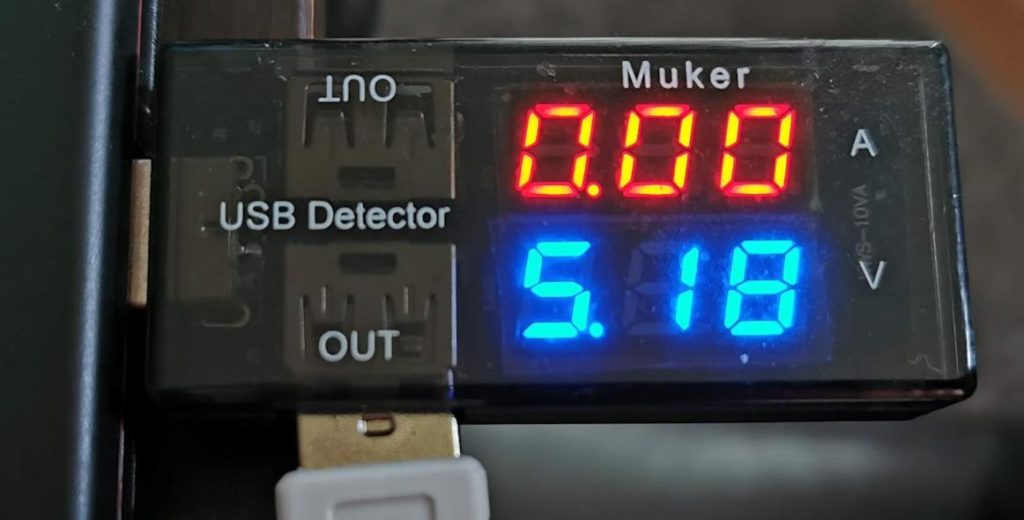 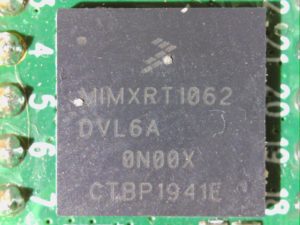 Normally such a thing is not an issue, but cheap power supplies with unclear crossload behaviour are a killer, and active hubs with cheap China power supplies are usually dead as well. According to a query to CrankzWare, LDOs with 5V fixed voltage at the output will be added soon, then this possible weak point is also no longer a weak point and the RainPOW is externally protected against such incorrect voltages.

The Molex connector is also interesting, which is much more powerful than SATA. The Molex 4-pin delivers up to five amps on each phase, both on the 12-volt and the 5-volt rail, which results in a maximum total power of 85 watts, handsome. The input current for the RainPOW 2 is smoothed and stabilized again after the Molex on the PCB to perfectly implement fast load changes. A capacitor group with separate fuses protects not only the controller but also the operating system. On the picture below we see (from left to right) the Molex connector, the Mini-USB connector for the RainPOW controller and the Micro-USB connector for the EyeLight. 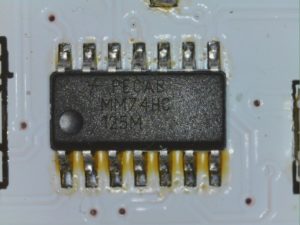 But there are also various technical upgrades, such as the complex processing of the motherboard signal for control via the aRGB header. Many boards only use a 3.3 volt data signal level for the digital LEDs. This is sufficient, but is rather useless for longer distances. The RainPOW! 2.0 uses a 5-Volt signal, which is first of all cleaned up in a complex way, so that even very long and powerful stripes can be operated without a disturbing level drop.

Users who don’t want to do without their motherboard’s digital effects but need more power can connect their 3-pin motherboard header to RainPOW” 2.0. Five amps output current at digital LED connector No. 1 are certainly sufficient for almost all cases. 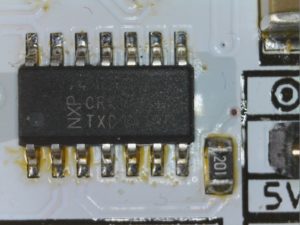 The control signals for digital LEDs are, so to speak, square-wave signals with steep edges. Many environment variables, such as Induction and reflection, can negatively affect the signal integrity. The current is therefore buffered by separate stabilizer capacitors per channel.

The signal conditioning itself is done by a combination of operational amplifiers and Schmitt triggers (see pictures on the right). This dedicated technology also prevents unwanted flickering of the LEDs. Switching times of a few nanoseconds at high current are always a problem anyway. The specially developed output stages obviously achieve maximum efficiency and speed, and separate gate resistors with short connections on the board also enable the MOSFET gates to be discharged quickly. The fact that there is also a lower thermal dissipation is also quickly noticed with the fingertips (please do not imitate this!). 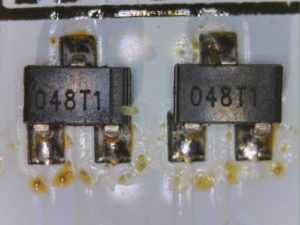 Analogue 4-pin LEDs with 12 Volt operating voltage are still very popular for long stripes, because they don’t allow much current to flow due to the high voltage.

The individual cathodes per color channel are controlled by SMD MOSFETs, which have switching times of a few nanoseconds. Flickering and jerky fades are a thing of the past and the necessary power comes from the already mentioned power amp.

The SOT23 visible in the picture are Logic Level N-Channel MOSFETS for the analog LEDs. 2 in parallel per channel and color channel, if I interpret this correctly. 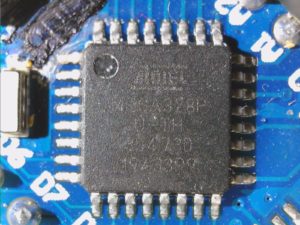 The CrankzWare EyeLight used to be a product of its own, by the way, but now it has been integrated into RainPOW. The screen colors are picked up by software (AmbiBox or Prismatic) and thus control the LEDs, which can be mounted behind the screen. This is easy on the eyes during office work and of course also increases immersion when playing games or watching films.

To ensure that there is no latency between screen color and LEDs even with rapid image changes, a specially adapted high-speed protocol is used. The controlling chip on blue PCB is an 8-bit ATMEGA 328p microcontroller with 16 MHz clock. This coprocessor is used exclusively for the implementation of EyeLight and has its own USB port.

By outsourcing the required computing power to a separate chip, the integrated EyeLight achieves a very low LED latency, even at 144 Hz. 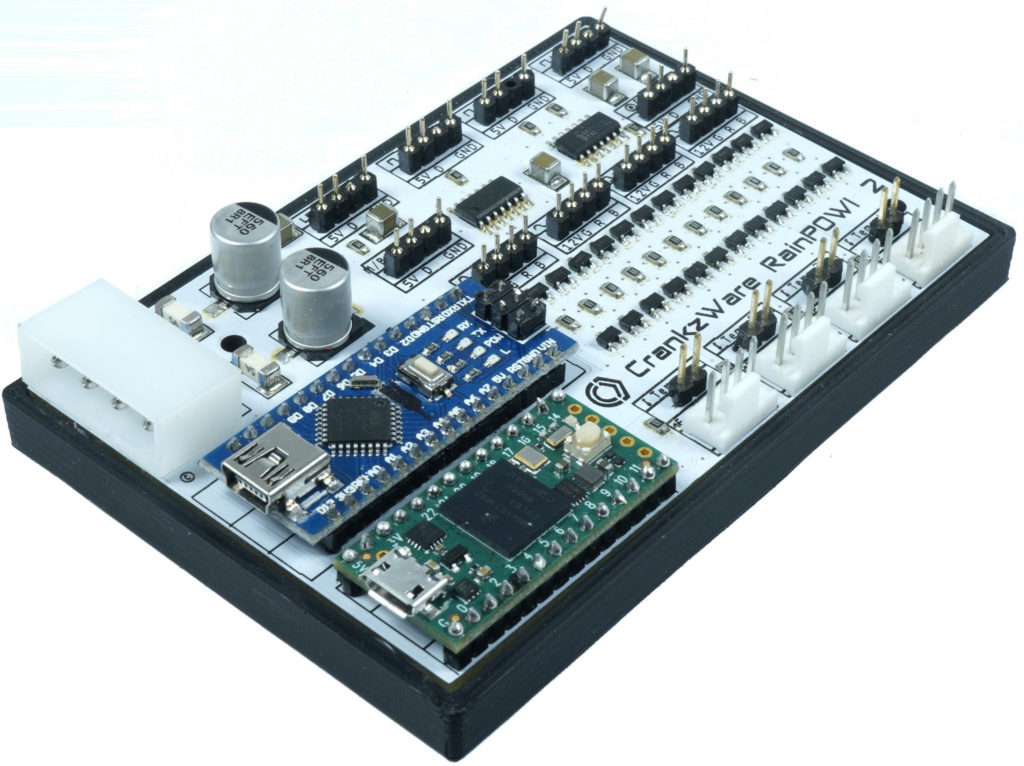 The other inputs and outputs are quickly added. Users of a water cooling system can enjoy four separate inputs for industry-standard temperature sensors. All thermal resistors with NTC characteristic and a nominal resistance of 10 kOhm can be operated. Ideally, the sensor data can be viewed in real-time within the RainPOW! 2.0 software.

Alternatively, the values can also be used to determine LED colors or fan or To influence pump speeds. To control the fan speeds, users are offered four channels for both cooling components. So much for the circuit board and assembly, technology and theory. And what does the practice look like in practice? you will find out exactly that on the next page!

Creative Sound BlasterX AE-5 Plus in long-term test – Strong Sound plus an upgrade with Dolby Digital Live and DTS
We build a Hackintosh – BIOS Settings and the installation of MacOS Catalina 10.15. | Part 2