Who doesn’t remember the good times when you beat an Intel quad-core Q6600 with G0 stepping, preferably at a DFI Lanparty with X38 chipset, towards the 4 GHz? Back then, Intel’s binning was quite easy. The good chips from the middle of the wafer, if it was a good wafer, got the highest VID and still ran the coolest. Those were the coveted Xeons. The consumer version with a VID of 1.315 Volt was also cool, but tough and difficult to overclock, while the supposedly worse specimens with a VID of 1.275 V and less had so many reserves that there was always something going on. Well, of course they were much hotter then, but in the year 13 before Greta nobody really cared about that. 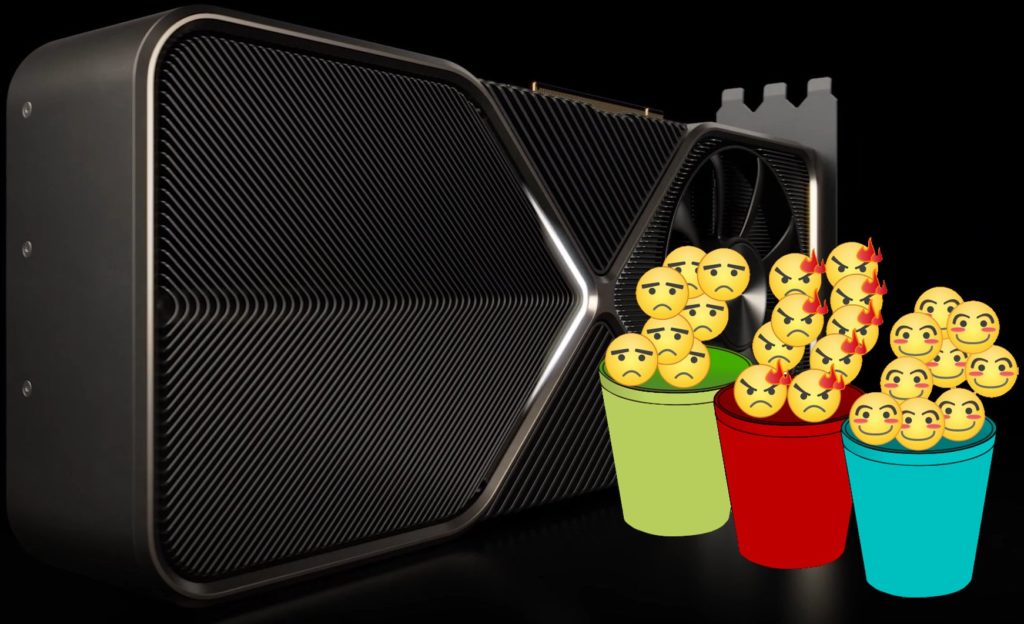 The dilemma with the different boards

With the current graphics cards this is much more difficult because it is much more complex. The delivery to such a board partner (AIC) is always made in a bundle of GPU (package) and memory. Such a package of a current NVIDIA-GPU is nothing more than a large BGA, a kind of circuit board with the GPU already soldered and glued on (underfill). This is exactly where the dilemma of manufacturers starts when it comes to realizing different product lines at very different prices.

On the one hand there are the “beginner” cards of a chip series (e.g. of the GeForce RTX 3080 series) with simpler circuit boards and inexpensive coolers and on the other hand the supposed Super-OC models, with the typical gamer-typical strung Dragon-Extreme-Omega-Lightning names. But how does AIC actually ensure that the expensive, because more elaborately manufactured cards really do run better? An unsoldered BGA cannot be tested before production, in order to then distribute it purposefully to the cheaper or more expensive boards. Or is it? 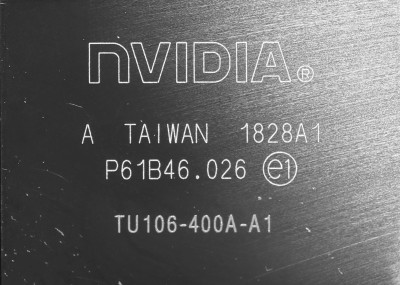 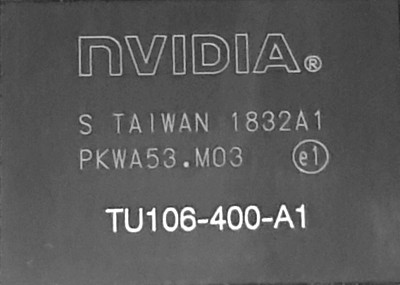 Well, not everyone can do that and even if they can, there is always a certain residual risk of dispersion. To avoid this, NVIDIA had introduced the fun with the A-Chips to Turing, a kind of communicated pre-binning, which in the end wasn’t even a better chip at all, but caused so much trouble, that at some point the whole thing was elegantly and noiselessly buried. Since this no longer exists, there are only two possibilities for AIC to make a kind of selection.

The simplest method is the 50:50 method, so you take everything that arrives and produce the different boards without any pre-selection. On the basis of the finished and executable cards (usually already with mounted cooler), the burn-in and function test, which is necessary anyway, determines what the chip really provides. Then, for each price category, it is first determined which card receives which BIOS and sticker and in which box it ends up.

In the end, a chip on a butter-and-bread card from such a manufacturer can be just as good (or even better) than the chip on the second-highest level of OC cards from the same manufacturer. You can keep this in mind when planning a water cooling system build. The probability of finding a pearl of chip among the cheaper cards is not so small. Nevertheless, as always, a good portion of GPU lottery is also included. But life would be boring otherwise.

Other manufacturers are already smarter, but the costs and effort for pre-binning are increasing. Unfortunately I am not allowed to mention certain things in detail, but there are, for example a manufacturer who, for each chip received, first of all sets electrical parameters such as resistances and similar things between certain pins, records this in a database and later compares it with the test results of finished cards. Then, with statistical help, one can already recognize certain “behavior patterns” and select accordingly without having installed the chip.

These manufacturers therefore start with one product category, usually the most expensive. That’s why there are, for example. at Gigabyte the Aorus and Aorus Extreme and much lower later the Windforce or simple OC cards. For example. If one produces enough cards of the higher-quality line, then the AIC can easily decide in advance which chip will end up on the beginner’s line only. Or he can fall back on the experience of the last generations and start right away with the selection, which can be then refined again with new data.

Now it becomes interesting of course, because the longer a chip production runs, the better the chip qualities or the percentage ratio of very good, good and ok With the new ampere cards I have various statistical evaluations, which can of course be averaged. As we are still at a very early stage, the shares are of course only worse than they could be in a few months. Internally, binning is usually divided into 3 stages. Then there is the sort ok as “Bin 0”, the sort good as “Bin 1” and the really good as “Bin 2”.

The sources speak almost unanimously of an average of up to 30% of chips with Bin 0, approx. 60% with Bin 1 and only 10% with Bin 2 for the RTX 3080, which is still quite good for such a short production period and actually speaks for Samsung. By the way, most of the custom models intended for press sampling are of course the top dogs of the respective manufacturers and thus Bin 2. You should have this in mind, because NVIDIA’s Founders Edition is no longer a “cheap” reference card, but rather a highly sophisticated product.

It is also reported that every GPU reacts differently and the dispersion between the deliveries is quite large. What makes Bin 2, however, is a significantly lower temperature under full load with a higher boost clock at a similar voltage. Overclocking is much better and the card is already a noticeable tick faster ex works and even without OC.

With the 3090 the case is even more complicated, because the board partners have received only a few chips from the pilot production so far, so the chips for Bin 2 are even less. But that should also change soon when you go into mass production. But here again, the same applies to the samples as described above.

Whereby one must also make it clear that no special golden samples for the press are being sent here, but the already pre-sorted top models. In car tests, the tester usually gets the highest equipment line. With graphics cards this is not different in the end. A customer’s chances of getting the same quality later on, with a little luck, are quite high and the calculation of the manufacturers, who are very reluctant to sample the cheaper sandwiches, is quite high.