While everyone before this test had assumed that the new Radeon RX 5500 XT would be in a duel with Nvidia’s GeForce GTX 1650 Super, the pricing of the last few weeks has already shown that Nvidia’s spies have changed the placement of their own super card in the end. The question as to whether AMD will measure up to the GeForce GTX 1650 Super at all is only about the price. And that’s exactly where we have to think first.

The MSRP of 169 USD mentioned by AMD for the simplest 4 GB version seems to be significantly higher than the street price of the GeForce GTX 1650 Super, which fell below 170 Euro, if you add the conversion factor and VAT. And the 199 USD mentioned by AMD as the MSRP for the 8 GB version would result in a Euro price of well over 200 Euro. But there is still the GeForce GTX 1660 lurking, which is now also available for less than 200 Euro and which should be faster, cheaper and in the end also more efficient.

However, one must also remain fair and consider the price-breakers in comparison to the offered total substance of all models. The MSI GTX 1650 Super Gaming X had a street price of 205 Euro this morning, the MSI GTX 1660 Gaming X of 245 Euro. The 8 GB version of the MSI RX 5500 XT Gaming X with an MSRP of 219 Euros wouldn’t even be that bad, because it’s significantly more valuable than the MSI GTX 1650 Super Gaming X. The MSI RX 5500 XT Gaming X has a price of 245 Euros. So you’ll have to take into account that all cards within the performance classes can also overlap in price. No wonder, given the current glut of GeForce models. 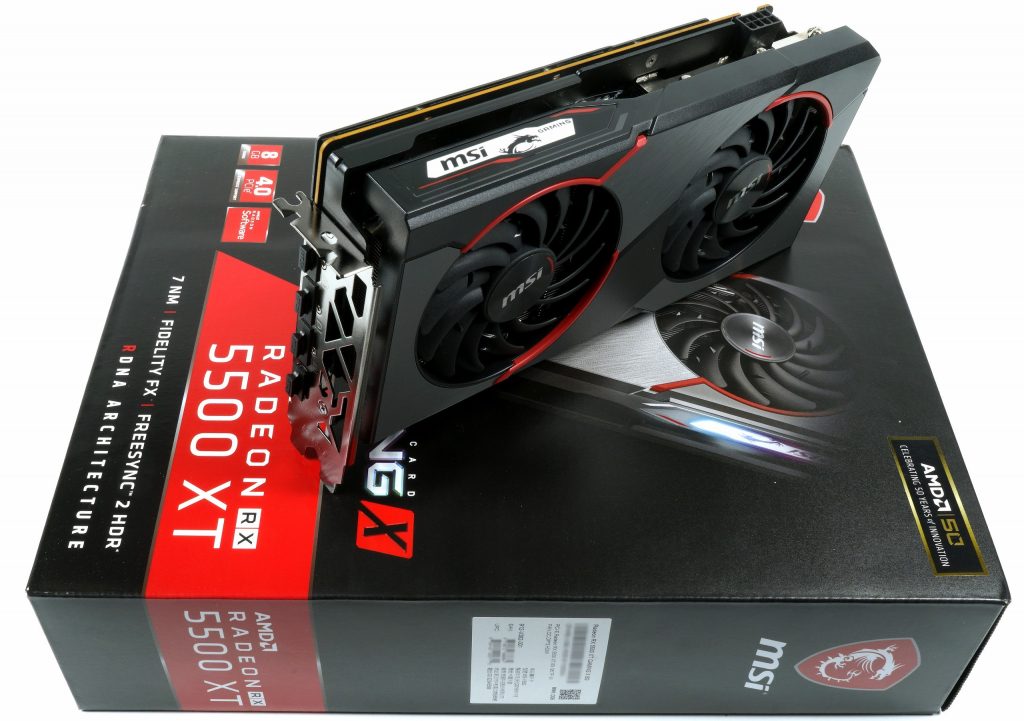 AMD pushes itself with the called prices voluntarily into Jensen’s wide-opened sandwich roll with the two green salad leaves GTX 1650 Super and GTX 1660 on bottom and top. Is that going well? After the analysis of the first benchmark results and the announcement of the MSRP by AMD, I rearranged the test once again to be really fair. This includes the fact that I only made the original 8 GB card and the other memory expansion stages with a smart programming intervention on one and the same card. In addition, all tested cards come from the same manufacturer and from the same product class – thus the highest possible factory OC and potent cooling for all cards.

However, I will not only test the Radeon RX 5500 XT with 4 GB and 8 GB memory, but also with 6 GB. Although this value cannot be produced in practice due to the memory connection, it is very easy to implement on the software side. How I did it exactly, you can read in detail on the next page. So you will be able to see later when, where and if the larger memory is worth anything at all and where sense and nonsense may show up more clearly than you might like. And you’ll understand why I’m talking about a sandwich that could also become a very tight corset.

It doesn’t make any sense to test a 4-GB card against an 8-GB card from different manufacturers and price ranges because the tolerance ranges and differences drift too far apart. AMD probably doesn’t know why they didn’t sample the otherwise identical models of the respective manufacturers as identical pairs except for the memory. In some areas the difference is already in the range of decimal places, so that I have refrained from it and searched (and also found) my own solution.

For all friends of the MorePowerTool I also have some good news, because there is also a suitable update for the launch, which includes the RX 5500 XT. Even though the driver team would have preferred to see only the Wattman, everything works as usual and the tool allowed me to overclock up to 2.1 GHz. Whereby the sense must be questioned here surely, because it gets hot and sticky. But a lot can be done and only that counts for the hard core.

Everybody has been talking about Navi 14 for weeks and the official launch was only today. With a lot of effort and various salami slices, but now it’s finally time. The data finally corresponds to what has been in the media for quite some time, but is now finally official. The chip, only 158 mm² in size, is manufactured at TSMC in the well-known 7 nm process and contains 6.4 billion transistors. The total of 22 CUs (Compute Units) contain 1408 stream processors, 88 TMUs and 32 ROPs. The aggregated 128-bit memory bus represents the connection of a total of 4 memory modules, which are installed as either 1 GB or 2 GB modules, depending on the memory configuration of a total of 4 or 8 GB. The memory bandwidth of 224 GB/s is fully within the range of the GDDR6 RAM with 14 Gbps.

The technically possible 24 CUs are left, by the way, as I predicted in a video months ago (currently exclusive), only to Apple, which is certainly nice for this manageable user group, but at least in Europe it remains a niche festival. That’s more than a pity, but like so much at the moment it can’t be changed. 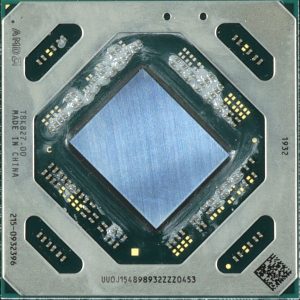 I had already explained all the details about AMD’s new RDNA in detail in the launch article for the RX 5700 (XT) and if you’d like to, you can read it again. That’s why I’m now focusing on my test object, because it counts on the place and not on the paper. Let’s see who is sinking whom here now.

Let’s start with the Navi-chip challenger. The card continues the new design of MSI’s AMD model series introduced with the Evoke and it looks much simpler and more timeless than the rather aggressively styled GeForce counterpart. I take this as a compliment, because the anthracite-black body of the cooler cover made of partially brushed ABS looks quite valuable together with the red accents. But when you touch it, you notice the plastic jewellery. 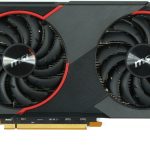 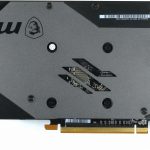 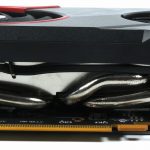 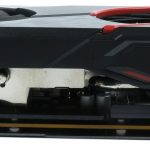 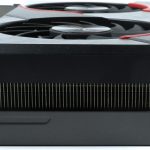 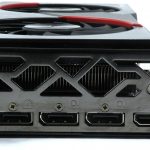 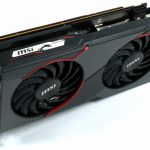 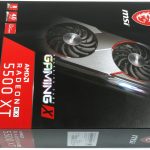 The slot bracket lets a smaller part of the warm exhaust air out directly, as the cooling fins are aligned horizontally. The rest disappears into the depths of the case as usual. With one HDMI 2.0 port and three DisplayPort 1.4 ports, there are enough variants for a connection to the monitor.

Our latest MorePowerTool provides the BIOS specifications. We also see that MSI has already given the chip a full 130 watts, which significantly exceeds AMD’s stated TBP of 130 watts for the entire card. But more about that later. 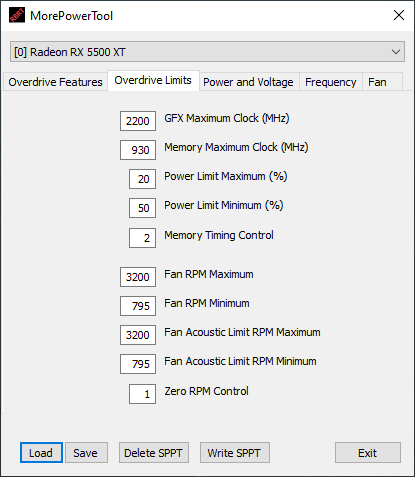 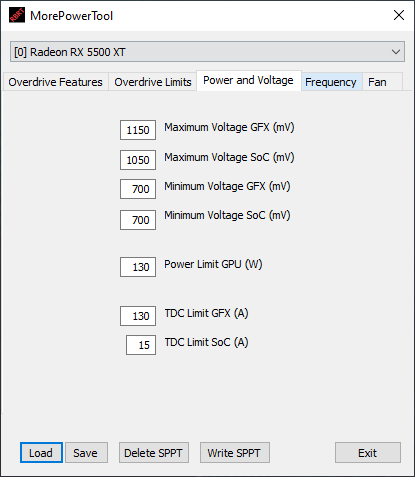 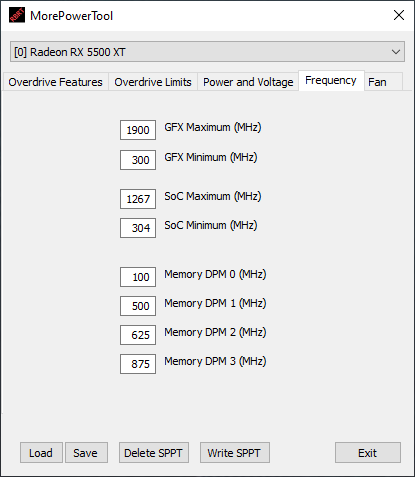 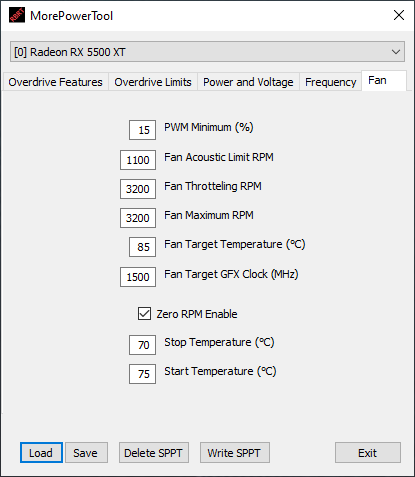 The latest version of GPU-Z gives us a first overview of the electrical data: 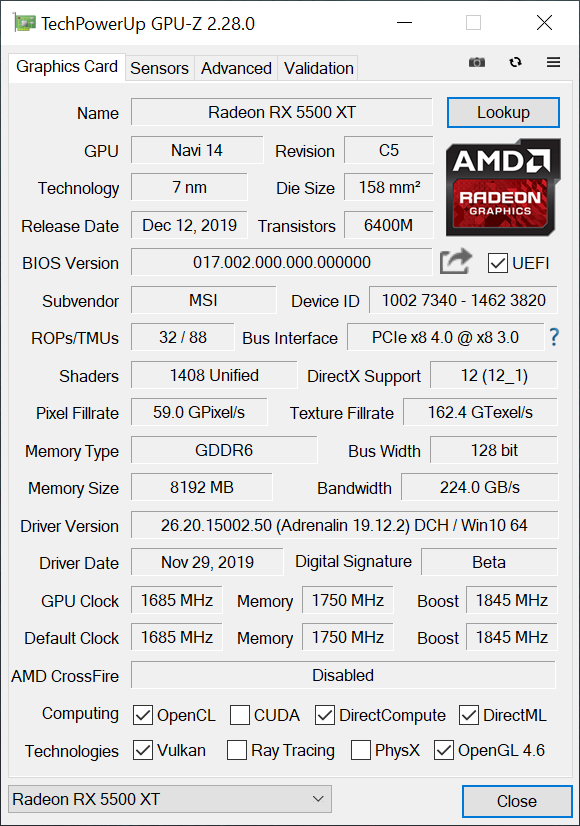 Now we come to the (supposed) target object, the MSI GeForce GTX 1650 Super. I already tested the sandwich partner for the top in the review “Nvidia GeForce GTX 1660 6GB with board partner cards from MSI – Something is moving (not only the pixels)”, so you don’t have to chew on it again. The GTX 1650 Super is also more based on the smaller GTX 1650, although the chip was borrowed from the larger card. 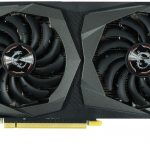 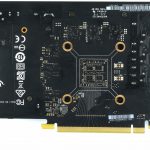 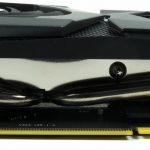 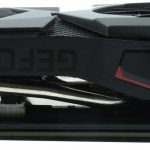 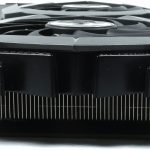 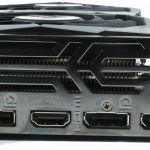 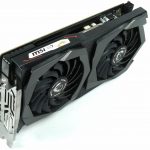 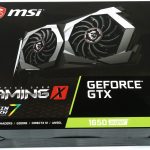 The slot bracket on this card also lets out a small part of the warm exhaust air directly, as the cooling fins are aligned horizontally. The rest disappears into the depths of the case as usual. With one HDMI 2.0 port and three DisplayPort 1.4 ports, there are enough variants for a connection to the monitor.

The latest version of GPU-Z gives us a first overview of the electrical data: 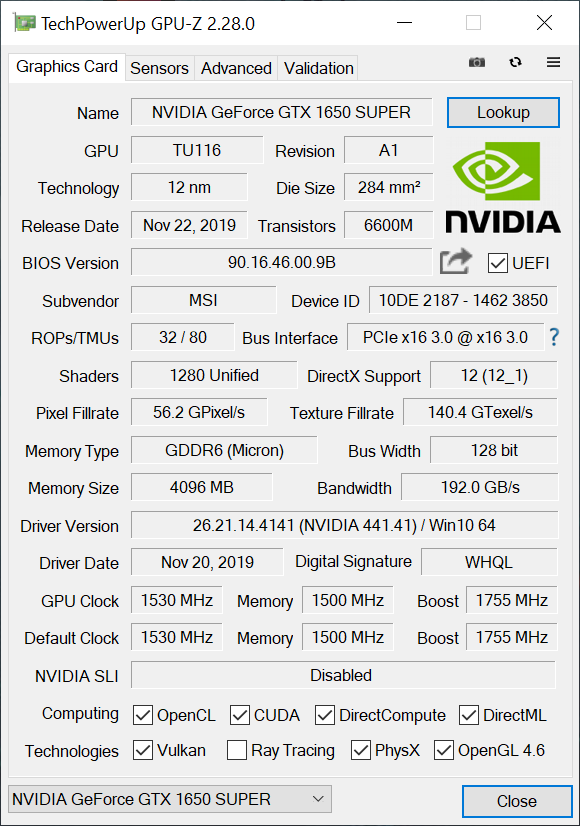 Before I get to the story about the memory expansion and the test system on the next page, we will compare some of the relevant cards in tabular form. Afterwards please browse, it will be interesting!

The overview of the relevant comparison cards will look like this:

Casemod: Star Wars X-Wing by RandomDesign
A class of its own: AMD Ryzen 3950X – Power consumption and efficiency analysed and documented in detail