Whether you really want to throw your hard drive with schmackes on the concrete, then run over with the evil diesel, shower and finally shampoo, that is up to everyone in good conscience. The Apacher AC730 with 1 TB of storage capacity should be able to put this away.

Military Grade? At least the Toshiba HDD (1TB, 5400 rpm) installed with us is in a 3mm thick Dural romper and also survives case studies of more than one meter, a pressure of up to 1.5 tons, various shaking and vibration, as well as haze and water. 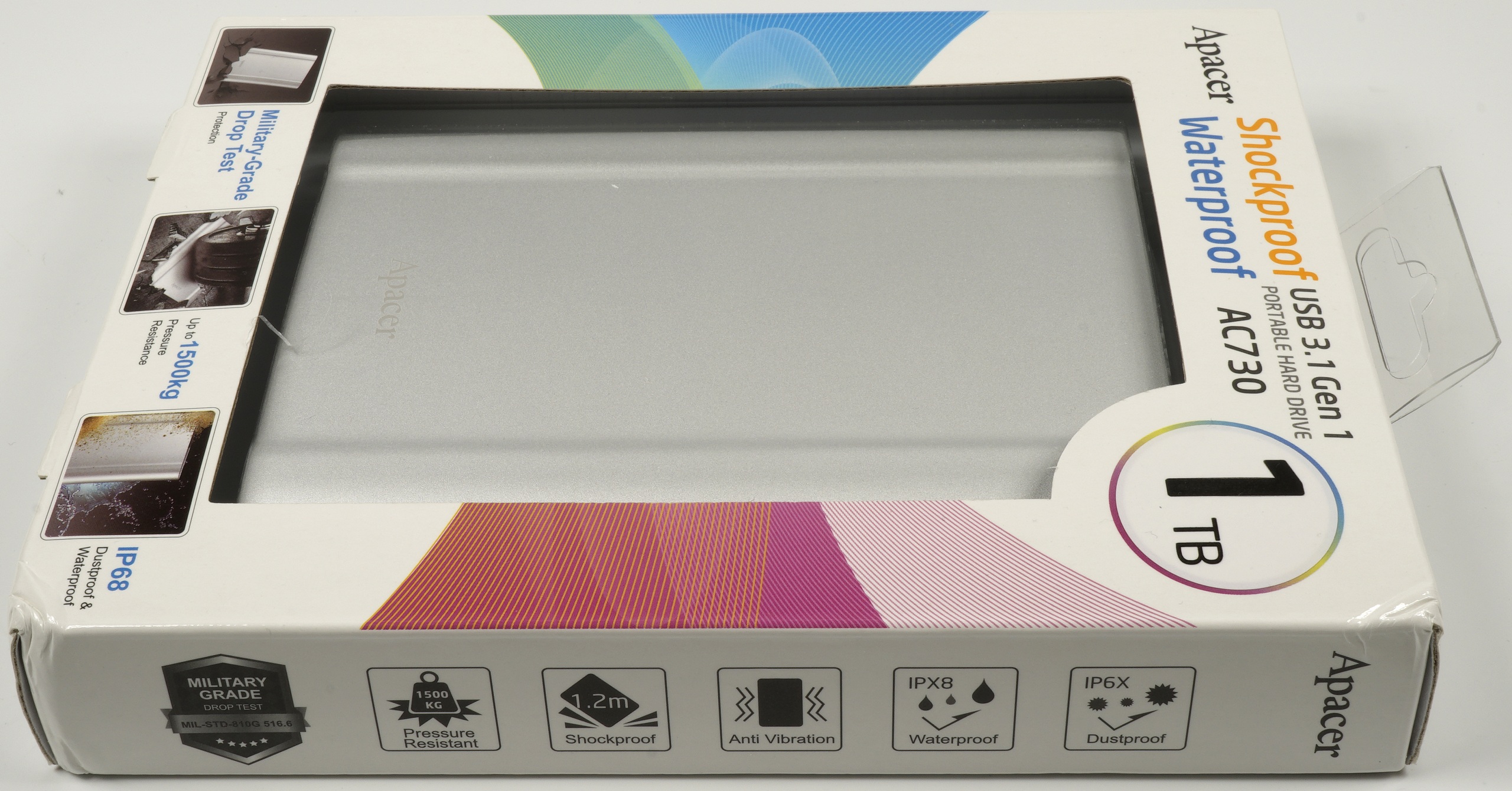 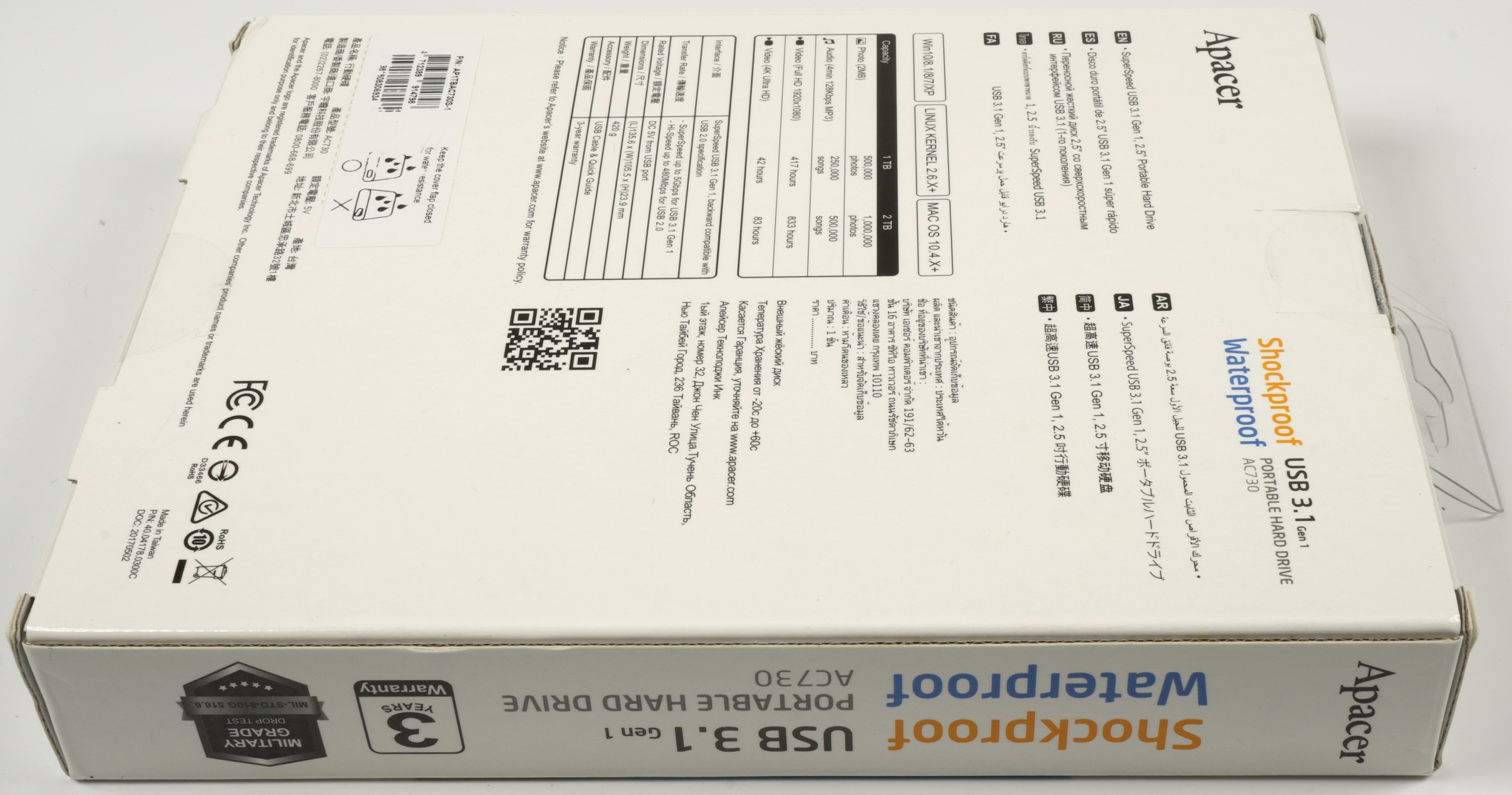 With IPX8 there is the protection indefinitely against the penetration of water during complete immersion, only against a nasty Kärcher I would rather not let them compete. You could also take them with you in the shower or in the sand of the Gobi desert thanks to IP6X. Tight is dense and should remain.

But first we unpack the test drive. You don't get more than a USB cable and a manual, but you don't really need more. Only the cable could have been a tick longer.

Does no one believe me and think it's just the usual PR bubble? Don't worry, because suspicious as I am, I tried to destroy the test object in accordance with the rules and, of course, the ultimate video evidence. You only have to scroll to the next pages, including fun factor!

The body of approx. 420 grams of AC730 is made of a fairly solid aluminium alloy and leaves a haptically good impression. The material is anything but thin and the gap dimensions between bady and insert also fit. The built-in 2.5" notebook hard drive with its 5200 rpm is of course not a racing car, but we also measured the performance in detail at the end.

The connection is via a USB 3.1 solution, although it wouldn't really matter which of the USB3.x specifications you take now. Since a mechanical hard drive is installed, it will always remain the limiting factor.

Before we look for the danger on the following pages, quickly the technical data in table form:

Performance increase for gamers: Memory with single-rank, dual-rank and quad-rank explained and compared | Practice with benchmarks