According to AMD, the new AMD Ryzen 3 3100 and 3300X offer twice as many multitasking capabilities as previous generations with four cores and eight threads, opening up completely new perspectives in Mainsteram. At the same time, the new B550 chipset for the AM4 socket now also offers the bandwidth advantages of the PCIe 4.0 on cheaper mainstream motherboards. Whether you're a business user, player, or developer, everyone should be able to benefit from Simultaneous Multi-Threading (SMT) technology and leverage it for increased productivity. With double thread count, double bandwidth, and a wide selection of new motherboards, the AMD B550 chipset and Ryzen 3 desktop processors provide an ideal solution in the mainstream.

"Games and applications are becoming more demanding, increasing users' demands on their PCs," said Saeid Moshkelani, Senior Vice President and General Manager, Client Business Unit. "AMD is committed to providing solutions that meet and exceed these requirements for all levels of data processing. With the introduction of these new Ryzen 3 desktop processors, we are continuing this engagement with our mainstream gaming customers. We've raised performance to a higher level and doubled the processing threads of our Ryzen 3 processors to take gaming and multitasking experiences to new heights." 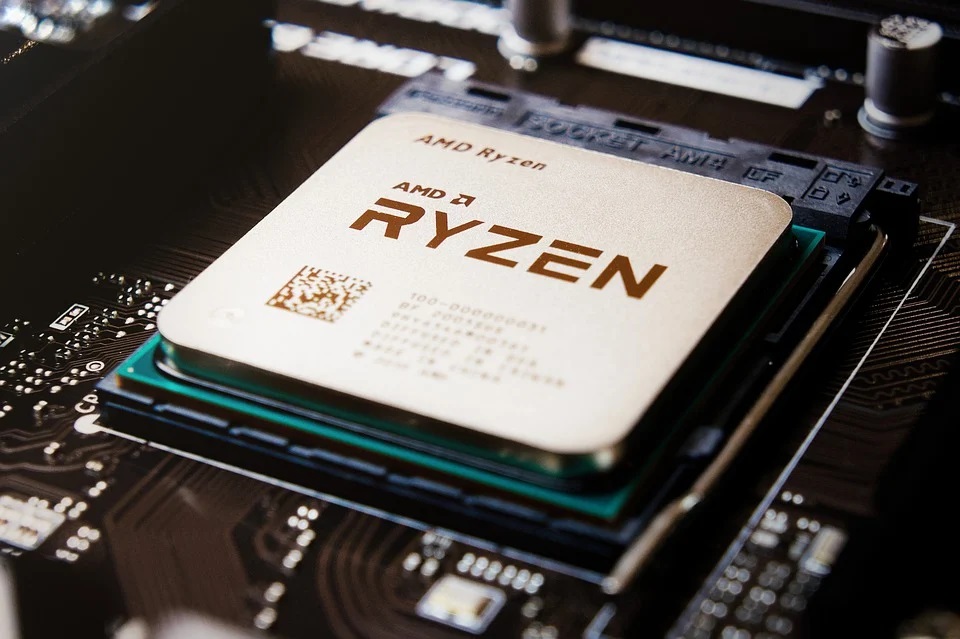 The AMD Ryzen 3 3100 and AMD Ryzen 3 3300X are the fastest AMD Ryzen 3 desktop processors of all time, according to AMD, and offer mainstream players significantly better desktop performance. They also stand for AMD's commitment to improving CPU performance and consumer technologies by enabling SMT on a Ryzen 3 desktop processor for the first time ever. The processors take advantage of 18MB of cache, resulting in a dramatic reduction in memory latency, which is directly reflected in smoother, faster game performance at high frame rates in CPU-heavy games. In addition, the new Ryzen 3 processors with four cores, eight threads and AMD's SMT technology provide the incredible multitasking performance and responsiveness that consumers need, according to AMD.

AMD B550 chipset
The new B550 socket chipset AM4 is the latest member of the AMD 500 Series chipset family with support for the AMD Ryzen 3000 Series Desktop Processors. The upcoming B550 motherboards are the only modern mainstream chipset with compatibility for PCIe® 4.0 that unlocks twice the bandwidth of the B450 motherboards for high-speed and high-performance performance in gaming and multitasking.

Alpha status: EEC entry shows for the first time Intel’s "Ponte Vecchio" GPU in 7nm
Massively fake Intel CPUs (not only) have appeared in China – with fake IHS and even without Die