In addition to the evil, viral C-word, in 2020 we had the P-word (paperlaunch) and many other things, including very annoying deficiencies and also consequential appearances, about which you could get really upset if you wanted or needed to. But a year like 2020 also shows how limited and fragile the global system of ever-increasing interconnectedness actually is, and how quickly situations, and thus also entire life pictures, can suddenly change. But there is not only the big and the whole, but also all of us as individuals with very personal problems and moving moments.

And yet not everything was bad in 2020, only for many things were frighteningly different, including for me. And it is at this point that I would like to begin my own review of the year. The redesign and content reorientation of the website from April 2020, the technical underpinnings including a new server in the summer to be able to cope with the growing traffic, the business risk of having to handle everything alone as a fully liable publisher, the many tests and news, which should still all be done, the expansion of my test lab, where not only objects for reviews are disassembled and tested – all this has cost time and energy, nerves and of course money, because equipment is unfortunately not for free. 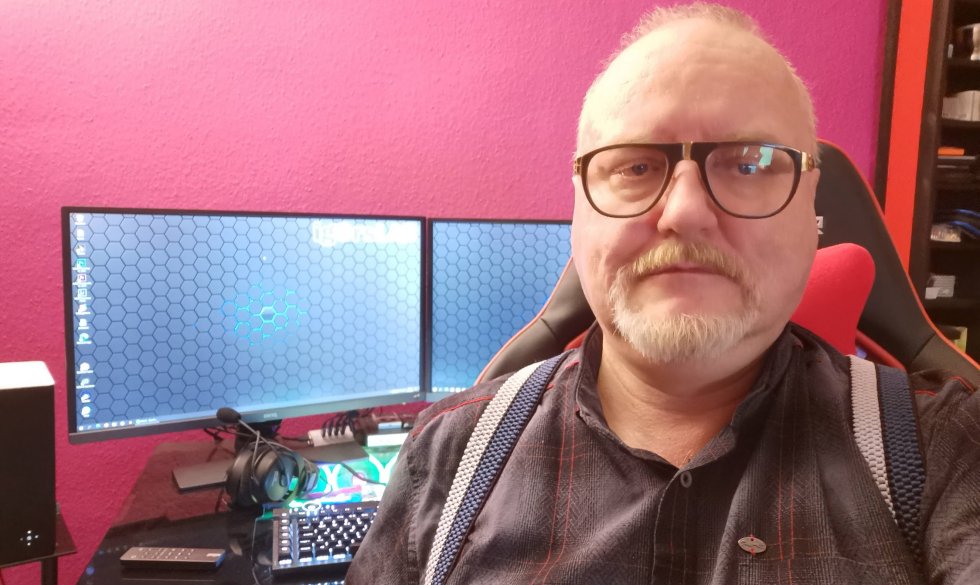 But, I have to say at this point, there is a great community, without which all this would not have been possible, which almost always reaches the goal undoxed and where there are rarely verbal outbursts. So quasi the living room 2.0 for many readers, who in the meantime also increasingly look for problem solutions in the forum. And there is also great feedback from the community, important impulses and of course great content, which I like to publish as a real review, because this content comes from real life, reflects the practice very well and also fits very well into the overall concept in terms of style. This also includes the donations that now and then make it possible to buy technology or test objects even when the manufacturers are stonewalling again.

In return I tried not to bombard the site with senseless advertising, to reduce the amount of banners and to pick out only reasonable advertising content and to keep the forum free of advertising. This is also possible at the moment because, if you look at December 2019 and 2020 in direct comparison, the range has almost quadrupled and the number of page views has even increased more than tenfold. Website, not forum. All this would not have been possible without you, the faithful and interested readers.

That’s why I’ve started to give something material back to you, in addition to the interesting content, with the contest that ends today. And that includes everyone who eventually found their way here to the site from YouTube as well. In the end, they all have the same common interest, only the form of the medium and the presentation is slightly different. With which I could also elegantly close the bow to YouTube. Because if I had to draw an interim conclusion after 21 months and almost 62,000 subscribers, it would be extremely ambivalent.

YouTube is a melting pot of contemporary society and a very unstructured pool of information, which unfortunately many still consider to be an absolutely lawless space and where often enough one’s own (usually battered) ego is carefully brushed to a high gloss under the protection of supposed anonymity, when there is nothing else to laugh about in one’s own life. However, I will not respond to verbal provocations in the future, because it is simply not worth it. I will also not continue to videos about my person or the content, because the channel has been marked from the outset as a commercial offer (imprint obligation in the channel info) and has so far withstood all checks by the State Media Authority.

Moreover, justifications on YouTube are doomed to failure from the outset, even if there are many things that could be clarified, but which do not go beyond factual assertions and pure conjecture. But as different as the contents are, so are the performers. For my part, I will continue to exclude my private life as far as possible, because no one is interested in who I spend this time with, what the tax office thinks of me or what car I can afford or want to lease. Such a thing does not belong in public and who does it nevertheless, must accept then also that he exposes himself thereby to the judgements of third, which must not always taste one in the consequence. So it’s better to leave it altogether if the skin has become too thin. I for one will watch what I write in public comments after a stressful day though, I promise.

Why am I going so far out on a limb here? YouTube is effectively the conversion of my own reviews and news into video format. I do this purely voluntarily (but for the fun of it) and not with the intention of wanting or having to make a living from it. This, in turn, gives me more freedom in terms of form and depth, since it’s not directly and primarily for monetization. Educational mission? Kind of that, too. But at the same time it increases the visibility and this in turn increases the willingness of many companies to also provide test samples.

However, the website and the community are in the focus and YouTube is only the last argument to decide positively. Currently, there are over 400 videos online in the channel, of which three (!) were primarily created as promotional videos and also marked. The rest is originally based solely on the objective tests of this website. That’s what I’m going to do, because I’m not going to change it very much.

What I wish for 2021 is a more reasonable cooperation and respect for each other, whether here in the forum or in the comment thread under videos, in daily life or in politics. For it is precisely at the roots that the maturity and value of a community can be seen. If it already succeeds on a small scale, then the chances for society as such are much better than one might think. By the way, discipline begins at the lowest level in the private sphere, which is the most difficult: self-discipline. You can only dictate to others if you are also at peace with yourself. This is also a reminder to “those up there”, whose earthing cable is often enough far too short. Because if Big Hans doesn’t want to, why should Little Hans want to comply?

And one more thing. Aluhut wearers should not be excluded, even if you know better, only the polish for the hats may be gladly scarce. Polite, but firm. Which brings us back to the C-word, because we as individuals cannot do anything about the scarcity of many products with the P-word. I wish all readers, their families and everyone they know a healthy and prosperous 2021. By success, by the way, I mean everything from life planning to career satisfaction and to financial well-being.

Let’s keep our fingers crossed that by summer at the latest we’ll be able to eliminate the C-word from our daily usage, and let’s nevertheless take the whole thing as a reminder of how quickly the familiar and taken-for-granted could once again become a desirable commodity. As a former citizen of the GDR, the word freedom also has a very special meaning for me, by the way, because it is a very special good that one does not want to miss, but rather to defend and preserve. And be it going out for an evening beer with good friends. I’d like that back. Until then: a little (more) self-discipline, even if it’s hard.