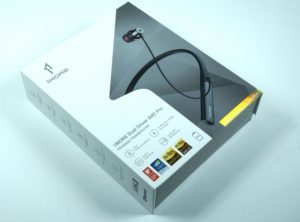 Today I took a look at the 1MORE Dual Driver ANC Pro, the latest Bluetooth neckband headphones from 1MORE. Actually, I have a rather tense relationship with in-ears, but this may also be due to the fact that most of the time the upholstery does not fit.

The feature list reads quite appetizing and if there are also clever codecs on board, even the price is relativized a bit, because the 165 euro RRP is also a very self-confident announcement. But now 1More has to deliver, because they have presented properly.

If you follow the model designation and the technical data, you could almost think it was the direct further development of the 1MORE Dual Driver BT ANC. Well, somehow, yes, but more about that later in the test, when it comes to the sound impression. Because he can really convince. Oops, I didn’t mean to spoil it. 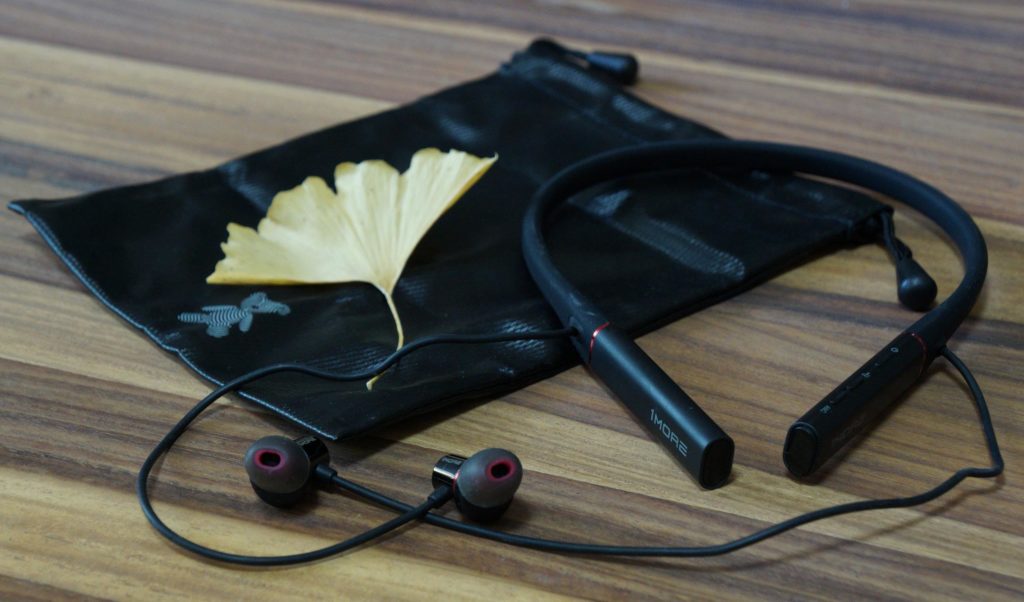 You have to give 1MORE one thing: the packaging is always a feast for the eyes. In addition, it is elaborately worked and always slightly modified in details. As always, you use a kind of book style for opening. Nice, this increases the anticipation and is also easy to unpack. And what do you see after you open the box and open all the little boxes? 1MORE Dual Driver ANC Pro comes with a carrying case, a USB cable type C, an audio cable from USB type C to 3.5 mm jack and numerous earplugs in many different sizes. So everything you need is on board.

The headphones are a typical neckband design, which looks unusual in its present form, but is better and more comfortable to wear than you might think. The abundant 44 grams (laboratory balance 44.4 g) are a surprise, because the part looks much heavier, but it is not. The combination of plastic with rubber coating and the black coated metal of the earphones is okay so far.

The 1MORE Dual Driver ANC Pro Wireless are headphones that offer a number of interesting features, such as the wired and wireless use. With the supplied 3.5 mm adapter, users can continue to use it as before, even if the battery runs out of power. For this there are two different ANC modes including the wind noise suppression.  With the IPX5 protection class (protection against jets of water like nozzles from any angle), you are sure to be safe even in heavy rain, but it is better not to submerge them.

In addition, it supports LDAC (actually Sony-exclusive) and AAC as well as various communication features, Bluetooth 5.0, fast charging via USB-C, Hi-Res audio certification, 4 microphones with noise reduction and a magnetic snap back system. Especially the used quality codecs leave you in full anticipation. The two dynamic 13.6 mm drivers with a titanium composite diaphragm are supposed to make it hammer especially well this time. The silicone plugs, which are also available in various sizes, are much more comfortable than those of the last Sennheiser models tested.

The headphones support a quick charge function via USB Type C. Apart from the fact that the socket is more user-friendly, the charging times are significantly shorter, provided a suitable power source is available. I can completely confirm that after 10 minutes charging time you get almost 3 hours of playing time (without ANC). After one hour, the battery is recharged, also this worked well, if one uses a really potent source that can provide a charging current of 1 ampere without complaint.

The manufacturer advertises with quite long running times, which I have also checked, whereby in the following table the manufacturer’s details are in brackets. You’ll never quite get it right with the comparable volume and the 50% of course, but it’s definitely comparable. I have simulated the telephone conversation by splitting a stereo podcast with 2 voices. The left channel was fed in as a reproduction of the “opposite” and the right channel was used as a separate speaker simulation via a small box.

The 1MORE Dual Driver ANC PRO has a total of 6 buttons at the left end of the collar, with which all playback functions, the operation of the device and the ANC control can be controlled. There is a status light between the play button and the volume up/down button. This LED light provides visual feedback on the status of the headphones and the action being performed.

Pairing is absolutely problem-free and the promised range of up to 10 meters is reached in about the same time.