I am currently sitting on the review of the Radeon Pro W5700, AMD's new workstation graphics card with the smaller Navi 10 chip, as you can also find on the radeon RX 5700 consumer version. So far, so unexcited. Nevertheless, I have considered how the possible backlog to the Quadro RTX 4000 could perhaps be shortened a little. Normally, not a single overclocking tool, such as the MSI Afterburner for workstation graphics cards of all kinds, everything is neatly greyed out. And the Wattman doesn't even exist for the Radeon Pro cards anyway. 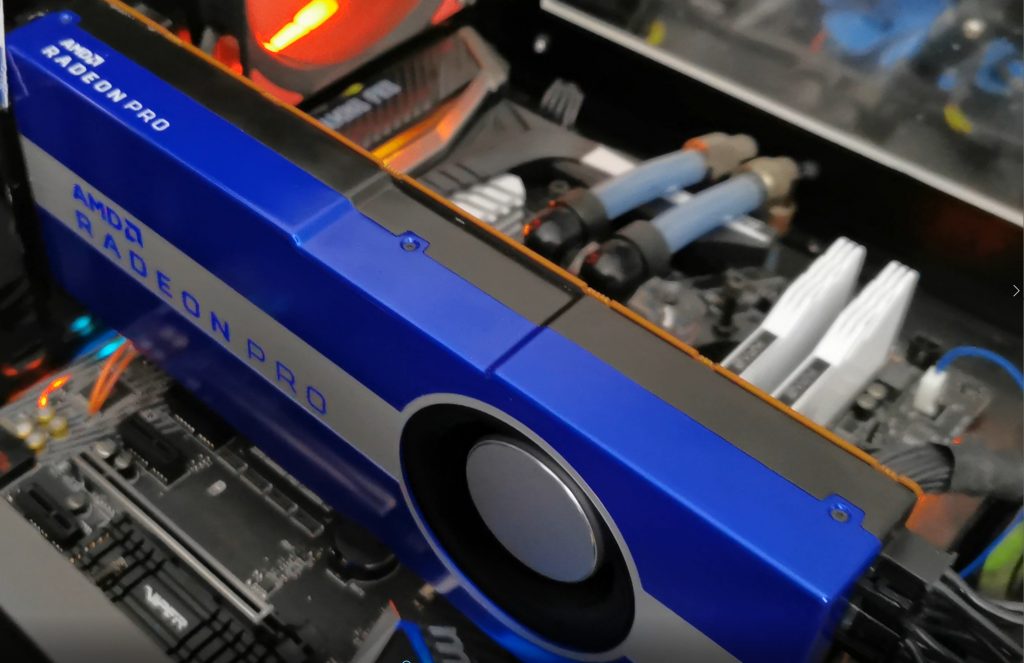 With a bit of cunning and trickery you still don't get the Wattman to run, but MSI's afterburner. And then something really works, if you have brought a little imagination with you before. On the left you can see the normal state, on the right the tool after my tweak: 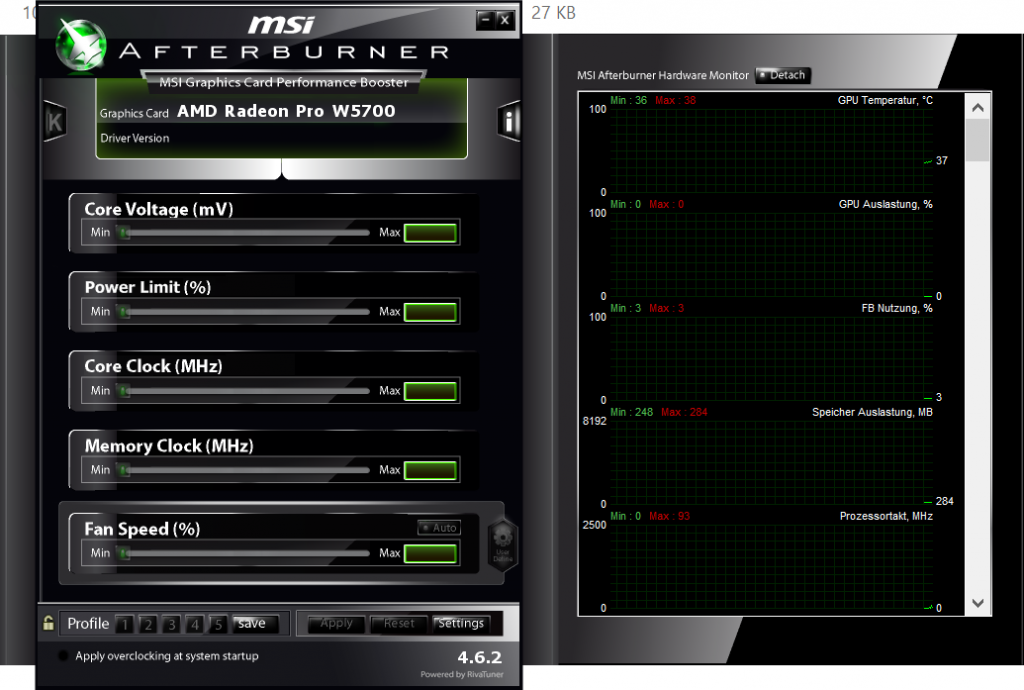 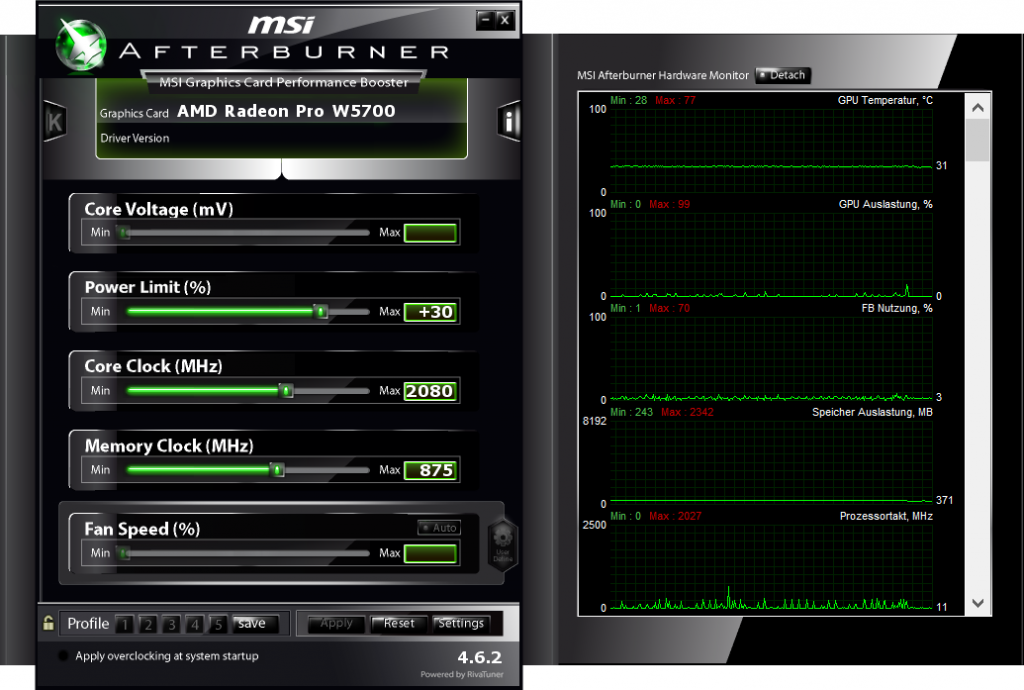 Of course, I don't like to spoil too much about how and how much, because next week the workstation special with the original Radeon Pro W5700 is in focus, which I was able to test quite exclusively. First of all, it has to compete against the older Radeon Pro WX8200 and Nvidia's Quadro RTX 4000 as well as a P4000. After that there will be the overclocking article for the Radeon Pro W5700 and of course also the water cooling conversion. 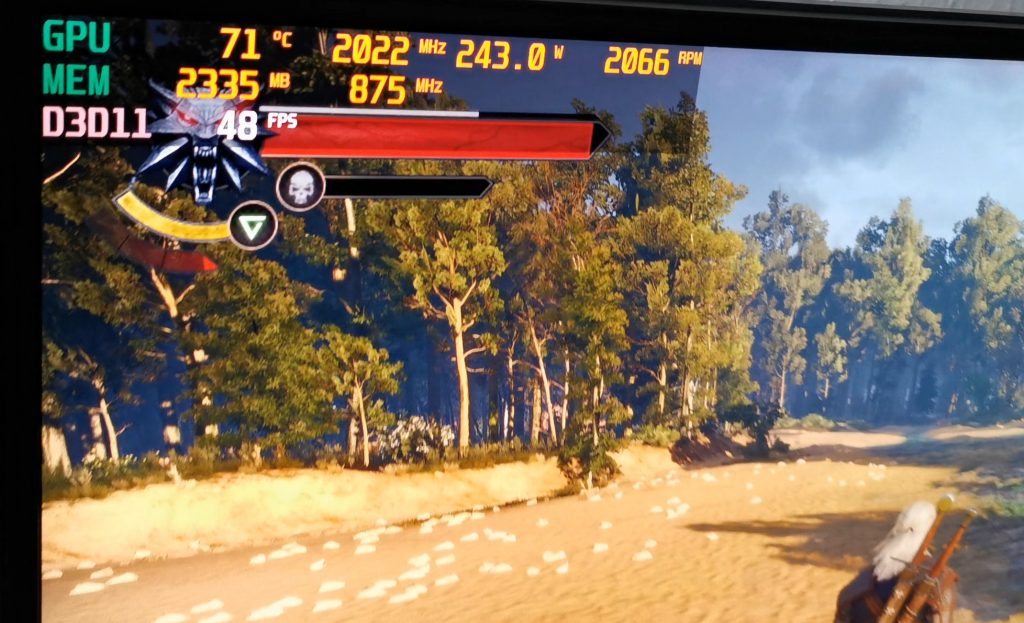 In addition, I also test the other workstation graphics cards from my stock, which includes the complete line-up of the Pascal and Turing Quadros, as well as some more up-to-date AMD cards. Then, for the first time, there will be real workstation graphics charts, which also cover the Creator area. Over time, I can also include the older Kepler quadros and the FirePro cards, as far as that makes sense. So it's going to be exciting.