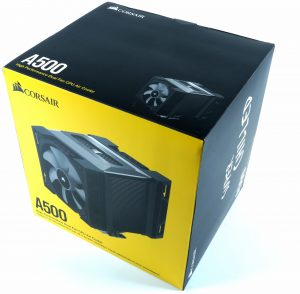 Everyone now has one with air, so Corsair is finally following in his way. With the Corsair A500, however, you go straight to the full and pop a whopping 200 grams more than our reference (Noctua NH-U12A) on the parquet. Artificial, because it is a significantly larger double fan cooler with visibly more cooling surface and wide hips. So it will be interesting to see how a rather delicate Alpine coupe can hold its own against such an American muscle car.

Corsair has made some innovations that will be discussed. Otherwise, an air cooler is not a witch's work and, as always, it depends more on detail. With just under 100 Euros of EIA and currently approx. 96 Euro street price, the Corsair plays in the same league as the Noctua NH-U12A. However, you get more material for the money and you also need more space to store it. But that doesn't say anything about the performance. For this we have to test the trunk first.

On the test methodology and the measurement setup in detail, I come straight to page 2, but I have to make a small preliminary remark at the beginning. This and the further tests are designed as practical as possible, including the obvious, this cooler with precisely staggered loads (instead of any fixed clock rates or fan speeds) and optimized for the current system. Fan curves on an Intel enthusiast system with very high power dissipation and rather low heat flux density, as well as a current Ryzen 9 system with extremely high heat flux density and thermal limitation.

You simply need both systems in order to be able to judge objectively later on. This applies in particular to the assessment of push-pull operation with two fans, which only brings real added value on one system. Of course, the higher the heat flux density, the more important the heat pipes are in order to dissipate the waste heat from the heat sink as quickly as possible. Maintaining this performance when it comes to the heat exchange at the Fin is the logical follow-up task, which causes much less problems with the Intel system. 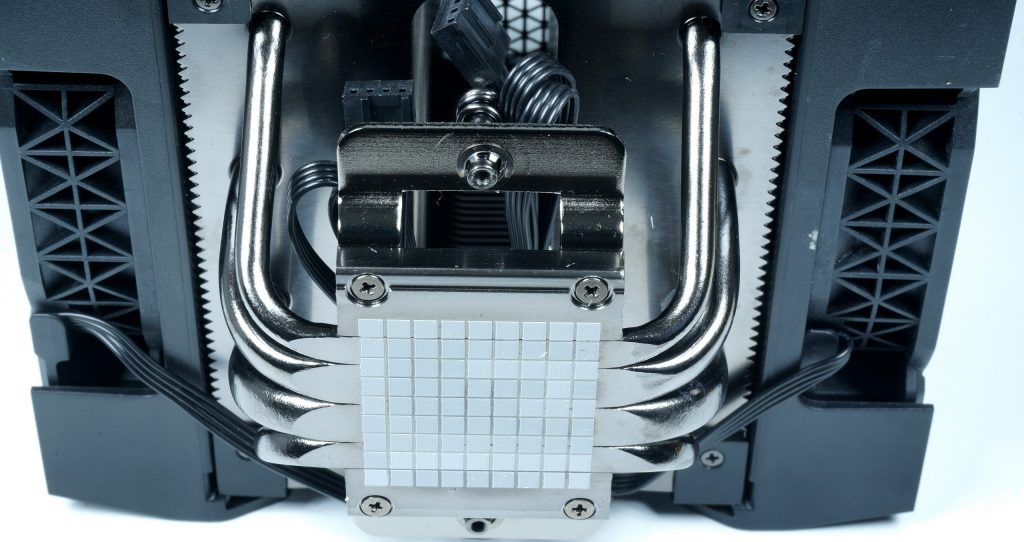 The AMD system generates very asymmetric loads, which also require the heatpipes differently. The two series fans of the NH-U12A performed so well over the extremely large speed band at the time that I will also use them as additional reference fans in the following articles like this, which is although for the buyer of other products due to the high price rather is uninteresting, but ensures comparability and highlights potential weaknesses.

Scope of delivery and radiator construction

The scope of delivery is complete and you get besides the cooler with pre-assembled fans and their attachment the mounting kits for all common AMD and Intel sockets. The kit is hardly different from that of the Noctua, because both work with a central retaining rail and spring screws on brackets pre-assembled on the motherboard. This is self-explanatory and easy to solve. In addition, Corsair also donates a screwdriver, thermal paste and cable ties. However, the paste is only needed during a second assembly, because sufficient paste has already been applied ex works (see picture above).

With a weight of almost 1.5 kilograms (with 2 fans), the cooler is a neat thick ship. The dimensions with over 17 cm height and almost 17 cm in depth are also not sifty and you will really have to think carefully which housing fits here at all. Because if you push the fans up in the retaining rails, which is extra-high RAM and creates the necessary space, it quickly becomes more than 20 cm. And that can then become quite tight. 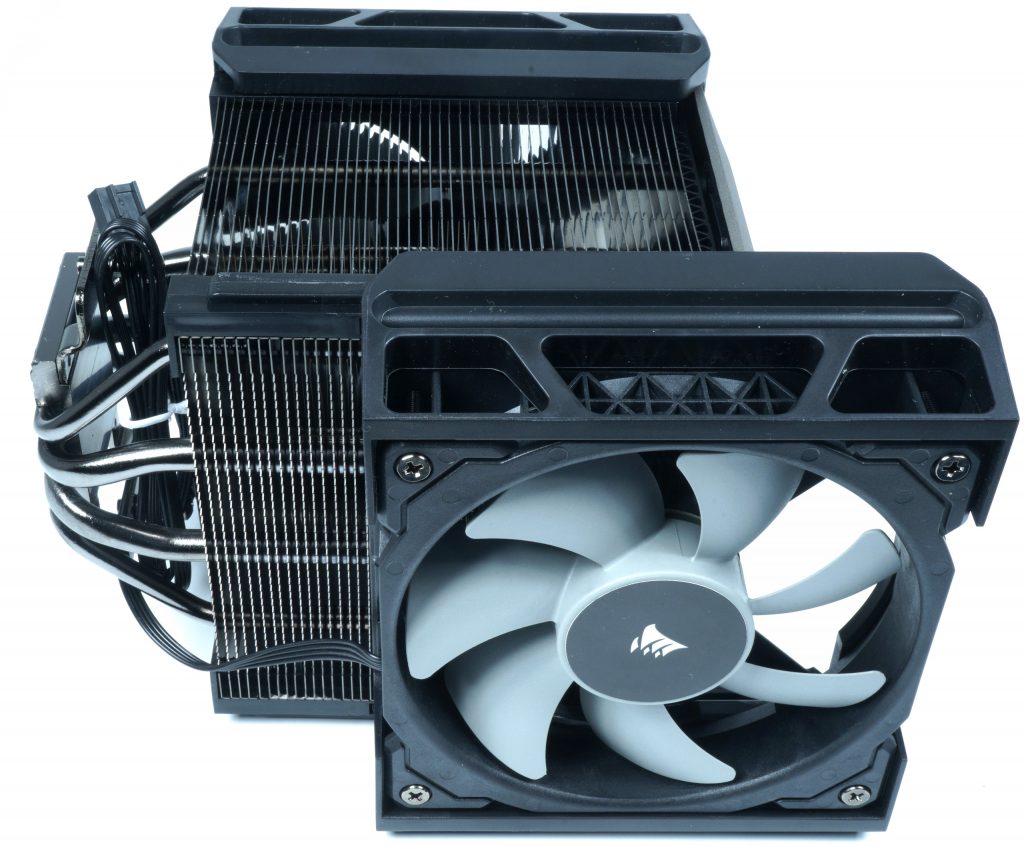 And the width is not completely uncritical either, because the thick plastic brackets quickly cover the first slot on the motherboard. Luck is the one whose board only puts the graphics card in the second extension, because an SSD can be used beforehand, even if it is uncomfortable. So you will have to measure well before you fall into the buying frenzy. Otherwise, you might end up in a total territorial fiasco. 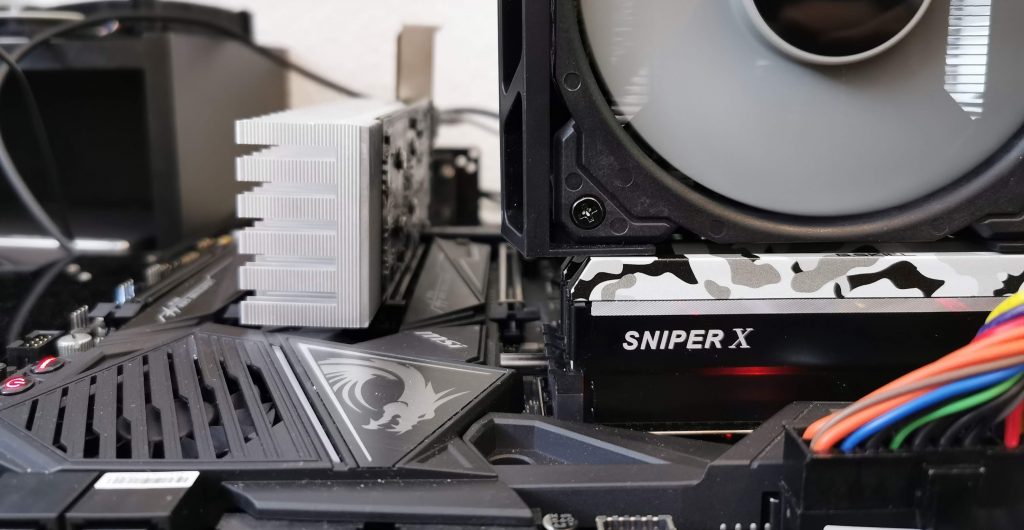 A total of 4 thick-walled, nickel-plated heatpipes are available, which have been sanded and seek direct contact with the heatspreader of the CPU. The two outer heatpipes measure 6 mm in diameter, the two inner ones are each 8 mm thick. Direct Contact calls Corsair what Xigmatek had created at the time as DHT (Direct Heat Touch) as a cheaper heatsink replacement. That can go well, but it doesn't have to. But we have the AMD and Intel tests for that. The cooling fins are made of aluminium and the sides are open. However, this is not entirely optimal. 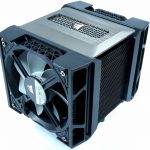 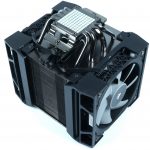 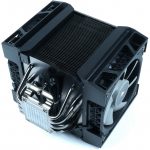 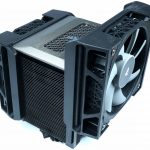 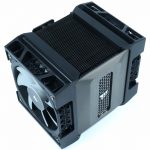 Here again the technical data of the cooler and fan at a glance: 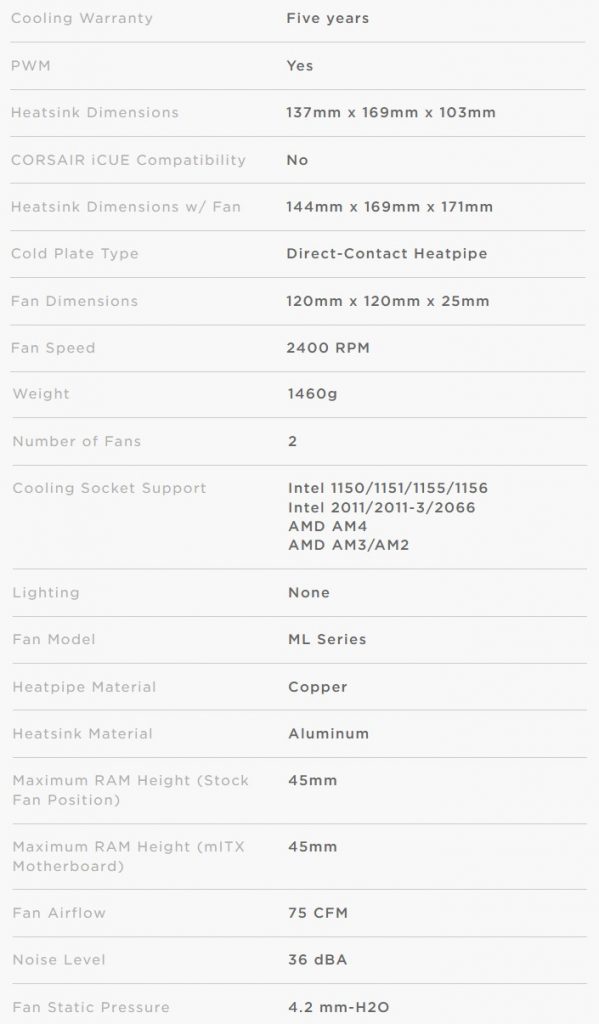 A Plague Tale: Innocence in review
Noctua NH-U12A in test – Austria's air fight against the Ryzen 9 and the Core i9 | The new radiator reference