You know and hate it, the beloved moment when a power supply suddenly switches off in the middle of the game, even though it is new and shows no other abnormalities. The annoyance of the users becomes even greater if one believes that the power supply size has also been calculated correctly. But is that enough for the manufacturers of graphics cards or power supplies to indicate as the performance value? With power supplies you can be relatively sure, but what about the graphics cards? 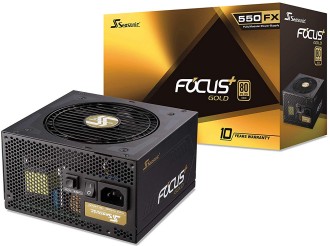 You know and hate it, the beloved moment when a power supply suddenly switches off in the middle of the game, even though it is new and shows no other abnormalities. The annoyance of the users becomes even greater if one believes that the power supply size has also been calculated correctly. But is that enough for the manufacturers of graphics cards or power supplies to indicate as the performance value? With power supplies you can be relatively sure, but what about the graphics cards?

And in return, you are always amused by the power supply computers of the graphics card providers, which often spit out much higher values than what one finds in the normal measurements. Anyone who knows my graphics card tests knows, however, that I always also use the so-called spikes (<20 ms). Because modern power supplies should be able to put away such very short load peaks easily. Should.

But can they really? And above all: how long ? And what please distinguishes a game now from a permanent load such as e.g. Calculations or a stress test? This is exactly the question I am now looking into, because apparently and unfortunately no one else really cares about it in detail. And what about the protective circuits installed in the power supplies?

PCGH’s colleagues recently reported in an article that Seasonic had found unusual spikes on an AMD RX Vega56 that could lead to the shutdown of a particular type of power supply. The conclusion is that up to 600 watts would be in a 10ms interval, which would correspond to a current of more than 50 amps on the 12V line for a card. It would be logical that a 550-watt power supply should then switch off after such loads have accumulated. But what’s really wrong with that?

As an update, however, I have to admit that this information came from Seasonic support and that it was not the graphics card alone, but the overall system that was measured here. Unfortunately, this is not so clear from the Reddit post in question:

What awaits the reader? Measurements and facts!

So I’m very much ahead of what Seasonic (supposedly) could have nominally generated with a much more economical RX Vega56. And I will also show which currents and which intervals I have really determined in over 200 automated individual measurements per map. There will also be a summary of which card produces the longest and or highest peak loads exactly, adjusted for manufacturers and generations.

We’ll see how the cards handle the whole thing, each with maximum gaming load and the constant stress test. Power Tune (AMD) and Boost (Nvidia) are more restrictive than you usually think, and a lot of things are getting back to normal. And it will also show that power supply manufacturers should write a few more things into their own specifications instead of demonizing the graphics cards alone. In this case, cause and effect would then be blatantly reversed.

The colleagues of the power supply manufacturer complain that they were able to measure the current peaks of over 50 amperes with a duration of 10ms, which sounds complicated to test at first, but is very easy to check here in the laboratory. I have therefore limited the entire measurement period to 20 milliseconds, but Measure everything there at intervals of 10 microseconds! We can exclude aliasing effects by means of measurement setup and equipment. In addition, I also check the adjacent voltages of the power supply for stability at the same intervals.

I also bundle the two external power connections into a common rail and measure how the currents would also flow on a single-rail power supply. The 550-watt network (Be Quiet Dark Power Pro 11 550 Watt, OC-Mode as single-rail) used especially for this test is slightly overvolted, but this is rather marginal and fully within the specifications. Since we are only interested in the currents, this is the only fit, because an overload protection (OPP) is ultimately based on the overcurrent protection (OCP).