There’s one thing you really have to admit to Sapphire: when it comes to cooling, hardly anybody can fool them when it comes to AMD cards. Provided you are willing to pay a certain surcharge for this service compared to their normal cards like Pulse. The Sapphire RX 5700 XT Nitro Plus tested today shows one thing very clearly: weight and cooler surface alone do not make a test winner. Known how and where on the other hand. But enough with the spoiler, because I don’t want to anticipate the rest unnecessarily. So please read everything well. The card stands out due to its three fans (2x 9.5 cm, 1x 8.5 cm), which also feature different sizes and directions of rotation, but more about this later in the tear-down and cooler description. We know this fan design from older models of the MSI Lightning (e.g. R9 290X) and some Palit and Gigabyte models. But it catches the eye.

In order to make the whole thing a little clearer and to get to the point a little bit more, I have kept the structure of the articles to a large extent, but also this time I rely more on tables with clear representation of the result values and specifications, which later also guarantee a better comparison of the cards among themselves.

At first glance, the three-fan design is not extremely conspicuous, but rather timeless, which can be quite pleasing. The matt black ABS lid with the honeycomb pattern is flanked by the same material in a metallic look. So far, so unagitated. Life comes into the booth when the electricity is supplied. Then you awaken the many SMD LEDs soldered onto the back of the board to their true RGB splendour. Of course you can also switch it off, it’s not Christmas yet. You can control this with Sapphire’s own TriXX software, which also subordinates itself to the motherboard in the case if you want to light the LED externally. 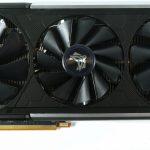 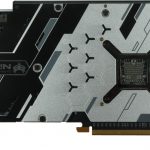 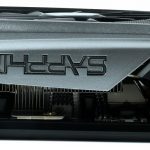 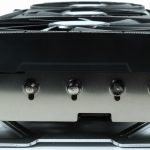 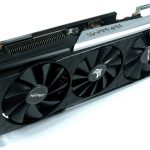 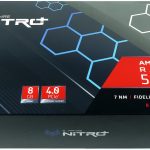 GPU-Z provides us with an initial overview of the other technical data: 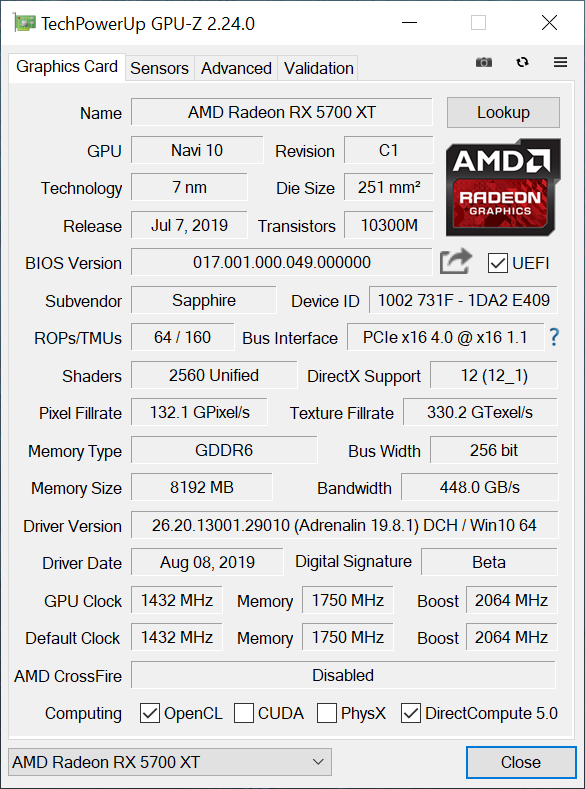 Sapphire offers two BIOS versions, the details of which I would like to compare. The default BIOS allows up to 220 watts of GPU power, which is also heavily exploited. In addition there is a somewhat slowed down BIOS, which is still above the data of the reference. Let’s first look at the power consumption and the current flow to the GPU. The default BIOS 1 is 220 watts for the GPU, while BIOS 2 is “only” 195 watts. Similarly, the maximum current flow drops from 189 to 171 amps, which is roughly the level of the reference card. 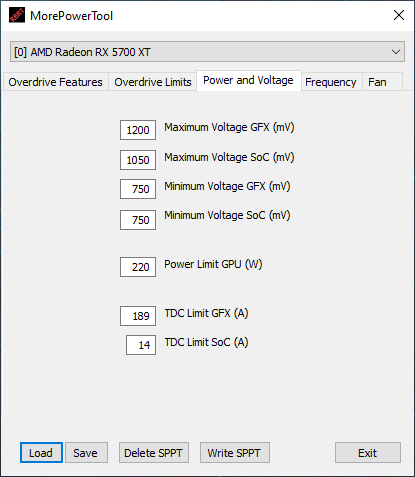 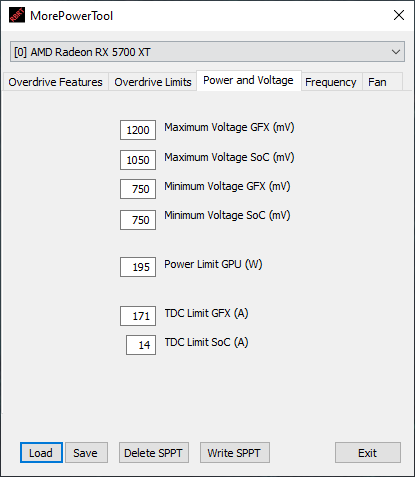 The fan curves also differ considerably and it remains to be assumed that the Greta mode could be more economical and quieter, but slightly hotter. We’ll see… 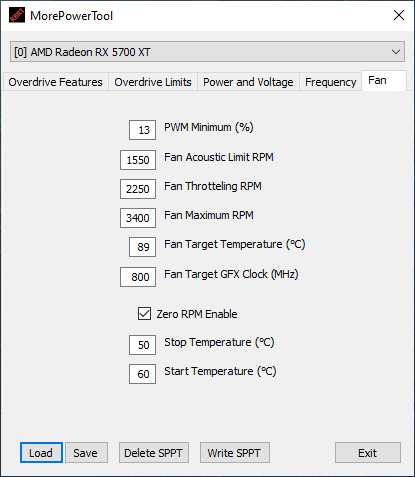 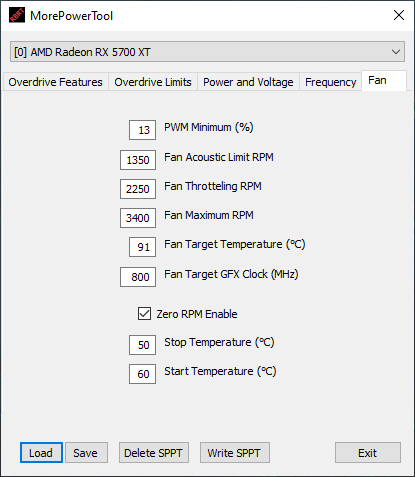 The default BIOS switch position (i.e. position 1 in the direction of the slot bracket) permits the so-called software switch, which allows switching between primary (switch 3, maximum power) and secondary BIOS (switch 2, less power) without mechanically actuating the BIOS switch. You only have to reboot after changing the software. Here the TriXX software uses the same approach as our MorePowerTool, because instead of a complete BIOS load only the Soft Power Play Tables in the registry are overwritten. The statement of the message box is actually wrong, because it is based on the standard BIOS with the deviating specifications via soft mod:

The following gallery shows some screenshots of the TriXX software and the Boost feature with the virtual resolution: 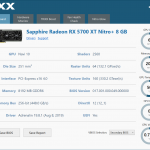 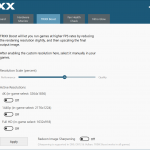 In addition there is of course the obligatory GPU-Z screenshot: The table gives a nice overview of the remaining technical data of the current and older comparison models: