Less is more? At least with Wi-Fi, none of this applies and anyone who, like me, has his rooms in an old, listed house, can never have enough. Also in the case of technology. Of course, it is precisely with this that an enormous amount of money can be sunk, and it is therefore all the more important to be targeted. That's why I want to give you a small, greatly simplified introduction to what you really need in terms of prerequisites, so that it doesn't sizzle and drip later in the home net.

If you take a look at my Wi-Fi cave from the outside, you will see the problem at first glance. A founding house with 6 floors also means walls like in the bunker (up to 72 cm thick in the EC). In addition, after the war around the stairwell, a kind of corset with 500 concrete was built and the stairs represent a massive concrete-steel structure. Drilling is almost impossible here, but at least nothing burns. The ceiling is a similarly designed bunker imitation, so the death for every Wi-Fi. Well, almost. If you know how to help yourself. And despite all the reconstructions after the war, the (less) nice uncle sewn behind every corner of the monument protection. Let's just change with the Hilti through the stone floor or doors? Don't go. So holistic cable fails, unfortunately. 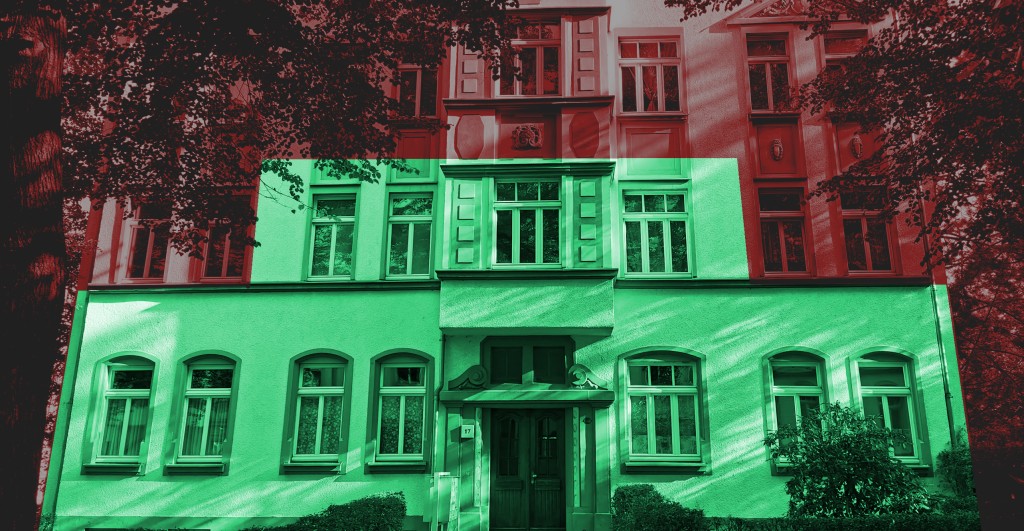 We need both bands. Simultaneously

I have already written long essays about the two frequency bands available for a WLAN, but for a better understanding I have to go into it again very briefly. Because the dispute, what is better, the band on 2.4 GHz or that on 5 GHz, can be answered with a very clear NO, BUT, because we really need both in the end. And at the same time. However, I do not want to go too far into the theory of bundling and the current standards, because the theoretical data are often only fair weather data, which collapse in the radio path even with a hyperactive fly. But I can't spare you a few basics.

The 2.4 GHz band is the older of the two bands and should be able to reach all devices that are ghosting around the radio network, even the very old ones. The advantage, however, is the higher penetration of walls and ceilings in addition to the backward compatibility, because the robustness, interference-free ness and the possible throughput are significantly lower here. There are only 3 really overlap-free channels available and at peak times I see up to 19 (!) competing networks on the display.

A good router will choose the best channel itself, but such a hopping doesn't really have to be effective. In the picture above, a manual dodging to channel 9 with the corresponding overlaps would be quite possible, whereby the routers often also take into account the sum of the field strengths, which one does not achieve with the mere counting of the found networks.  For me, the upper positioning proved to be significantly more trouble-free despite more meshes found.

It should therefore be clear that such a great distance area cannot make you happy on its own. The following is the excerpt from the traffic of the repeater at the end of the LAN bridge upstairs, if there are no own activities (except for the mesh and the usual connection-preserving data sets). Note the high proportion of foreign signals:

The 5 GHz band is much better positioned for throughput and up to 23 channels, but the remote range is the worse due to the poorer penetration of solid media such as walls and ceilings. For this, there is less "counter-traffic" through foreign networks:

Even that with the traffic and the foreign signals tends against negligible, which is of course also due to the significantly lower range:

This means that the close range is superbly secured, but how do I get my data up now? There, a Wi-Fi repeater hangs at the most strategically convenient location and converts everything into Ethernet, because all other devices upstairs are almost exclusively connected via a fast switch. So everything boils down to a kind of fast bridge from the EC to the OG. The starting position of the current technology offered me a maximum of 85 Mbps net, which is certainly enough for many things, but with available gigabit internet on the ground floor sounds like pure mockery. Let's just add up what I really need upstairs.

First, there are the three benchmark and measuring stations, which depend on high throughput simply because of all the game installations (and subsequent updates). This is not acceptable under 200 Mbps, because each update costs pointless work and life.  In addition, all this should be done quite smoothly, because the remote logging of the two oscillographs requires the most stable connection without drops and complete dropouts. 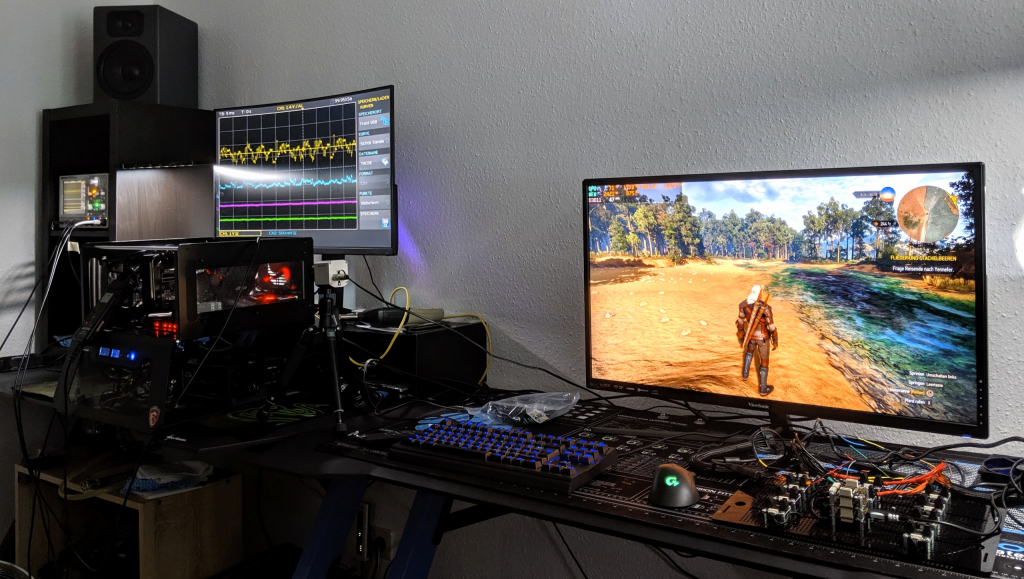 The NAS and the radiometric recording PC are connected to the switch's 10 Gbps ports, so you can skilfully avoid bottlenecks with too many simultaneous processes. 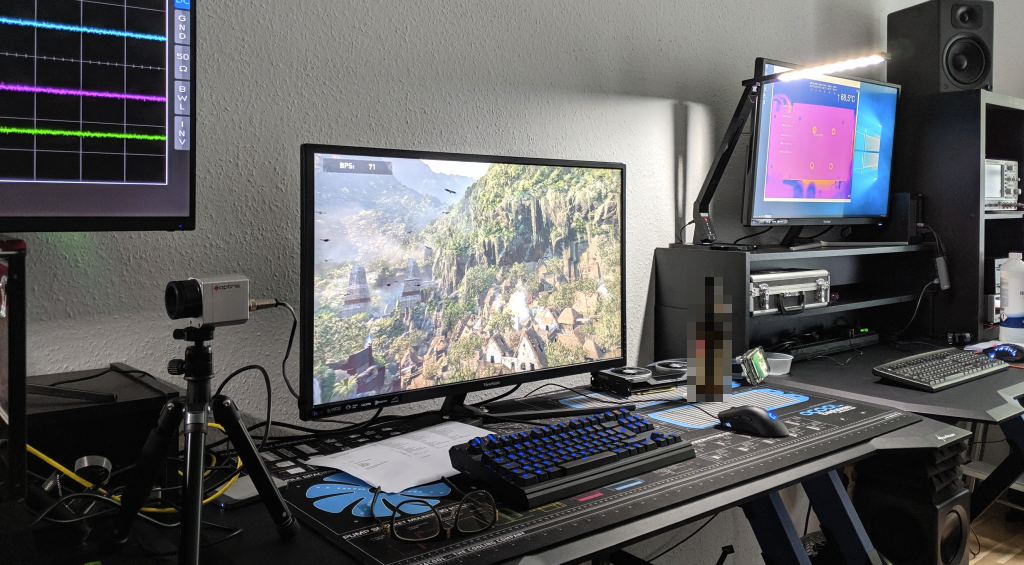 This includes the 3D scanner, whose jobs can take up to 5 days. On the one hand, I now secure and transfer the data redundantly, on the other hand I use the possibility to monitor the process via remote control also from the office. In the picture above and below you can still see my new motherboard measuring system, which can capture all rails in real time. I can also transfer the output to the Office PC using a network bridge. 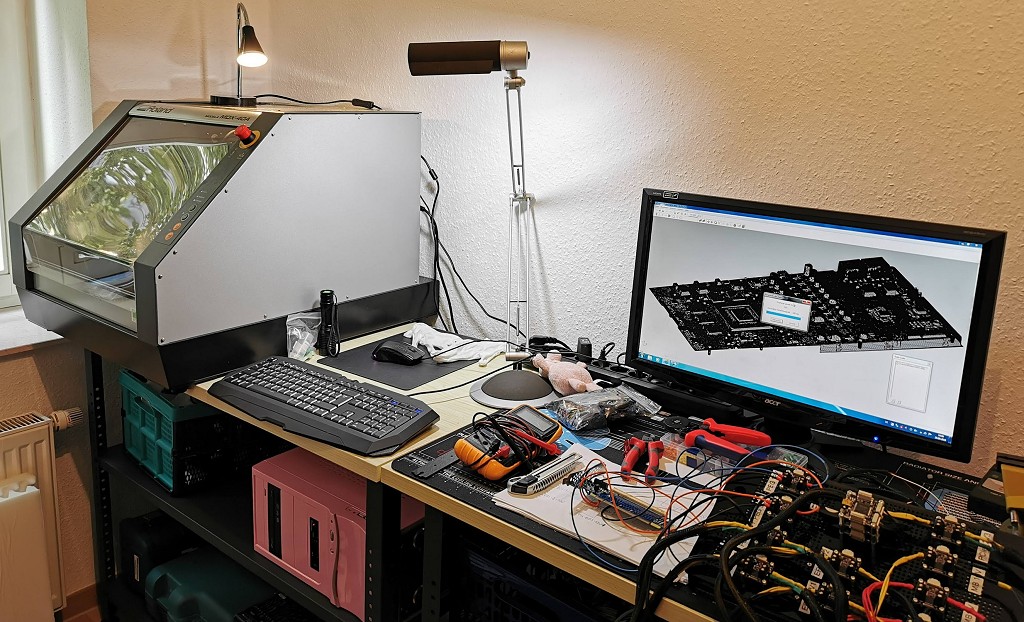 Then we would also have the video studio above, where the recordings are recorded locally on the PC or stored in the NAS, but are also required in the EC on the workstation for video editing. That's why I'm now streaming the recordings to the editing PC while i'm recording, because it's faster and safer. And there is also the flat-screen TV (not in the picture), which also allows a TV or video break with its media receiver. 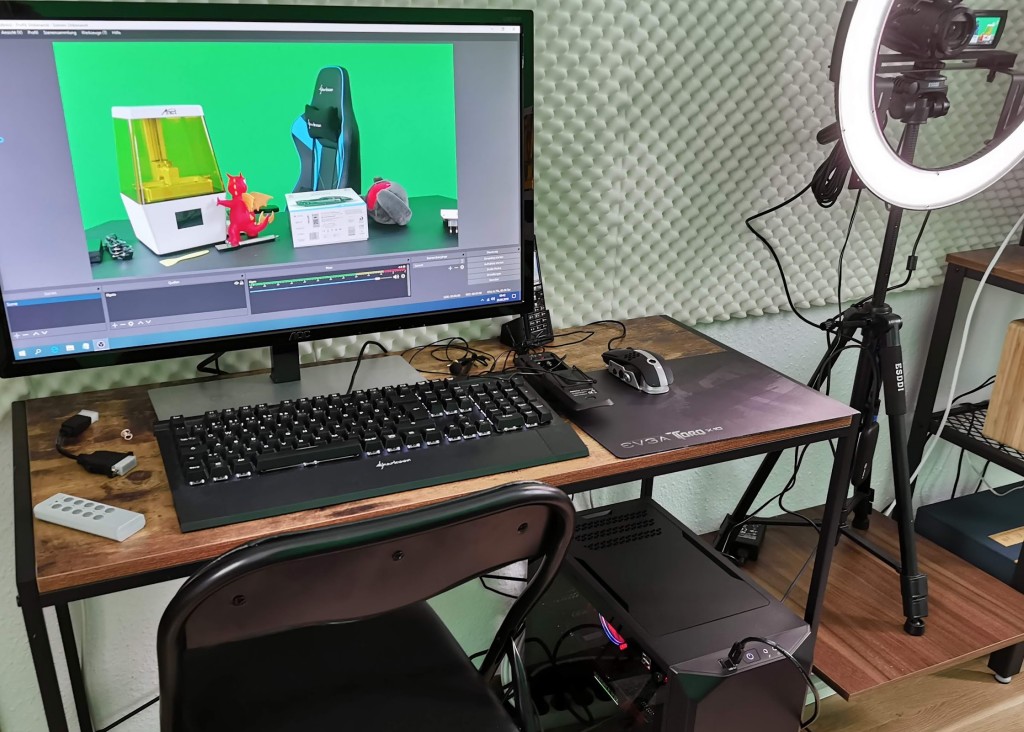 So you see, there is a lot of traffic here and the required 200 Mbps as a minimum do not fall into the category of more beautiful surfing, but are a basic requirement for a proper workflow. How I managed to almost triple the far too messy throughput despite the reasonably up-to-date (and unfortunately also expensive) technology, you can find out on the next page.