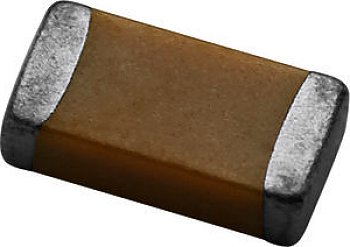 Everyone is talking about far too high storage prices at the moment, but hardly any outsider knows the real enemies of balance and quality. Firstly, the industry does not like to talk about it and secondly, this component is too small, too inconspicuous and not spectacular enough to make the headlines. Yet what is being done from OEM and ODM circles almost sounds like a small economic crime. Because it is not a problem that has just occurred, but it has been steadily growing for months.

We are talking about the MLCC (Multi Layer Ceramic Capacitor), the ceramic multi-layer chip capacitor. Or rather a whole lot of it, which is less and less in sum. For example, manufacturers who order MLCC today have to expect a lead time of a whopping 4 to 5 months if they have not ordered capacity in advance. If you want it faster, you'll quickly pay twice as much. The reasons are the explosion in demand, for which companies like Tesla are only exemplary. Trends such as Automotive & Co, together with the associated component requirements, probably did not foresee any of the producers.

What are the causes?

The forecasts look rather bleak. This is because the limited capacity expansion in the MLCC industry, in particular the ability to stack ceramic layers (limited investments in the three-dimensional stacking capacity for dielectric barium titanate composites and nickel electrode paste), will The lack of MLCC is unlikely to be eliminated by 2020 and beyond. MLCC is really needed at all corners and ends.

MLCC is, in fact, the all-purpose weapon of the electronics industry when it comes to circuits in the tightest of spaces. And MLCC is used across industries. The most cost-effective solution was and is the stacking of ceramics for the next few years. A shift to alternatives would only be possible if there were any. And that's why what could be used as a substitute is becoming scarcer. The only way out: new technologies. But that takes a lot of time.

What are the consequences?

In the short term, it is likely that customers in the current key segments will lose unrestricted access, in particular consumer electronics and household appliances, where the additional loss of an important MLCC manufacturer in the Y5V dielectric has further increased the price pressure enormously.

The consequences could also have a direct impact on the quality of the end products, because as we have learned from OEM circles, some manufacturers are now forced to use low-end components with significantly lower standards from the smartphone industry even in non-species applications. These should be notebook boards and PC motherboards.

It is also clear that this should not really serve durability. However, price pressure is now so high that some manufacturers now even risk something like this in order to remain ready for delivery themselves. We have now interviewed almost all the major graphics card and motherboard manufacturers (where possible) on the short service route and everyone was able to reassure us in that these companies work with a very well padded forecast and have had hardly any problems so far.

However, it is likely to hit the smaller manufacturers with a lower budget, who do not have the necessary prepayment or can provide security, are still logistically able to operate such intensive warehousing. Because then this is also first tied capital, which does not really benefit anyone. For example, the inhibition threshold for installing low-quality components is likely to decrease, especially for low-cost suppliers.

In addition, there is also the hint from the industry that new manufacturers are almost unconcernedly certified, only to be able to cope better with the demand. However, the quality of the products of such quick shots is not yet known. However, there is already a kind of alarm when components of unclear origin are offered. One might even assume that it will not take long for falsifikates of well-known brand manufacturers to appear in quantities. Deficits, as we all know, make inventive.

We'll stick to it, because the topic is really exciting, even if you don't look at it at first glance.

The PC Messi team – From plush, plunder and lots of rubbish
GlobalFoundries resets 7nm process! Hard blow for AMD or chance for TSMC?