The performance and temperature values of another Intel CPU of the 10th Generation from the Comet Lake desktop portfolio have been leaked and this time it is the Core i9-10900F, a 10-core processor with an official TDP of 65 watts. But as we all know by now, these TDPs at Intel are almost always derived from the base clock and not from the actual clock speeds with turbo, which is a completely different story. 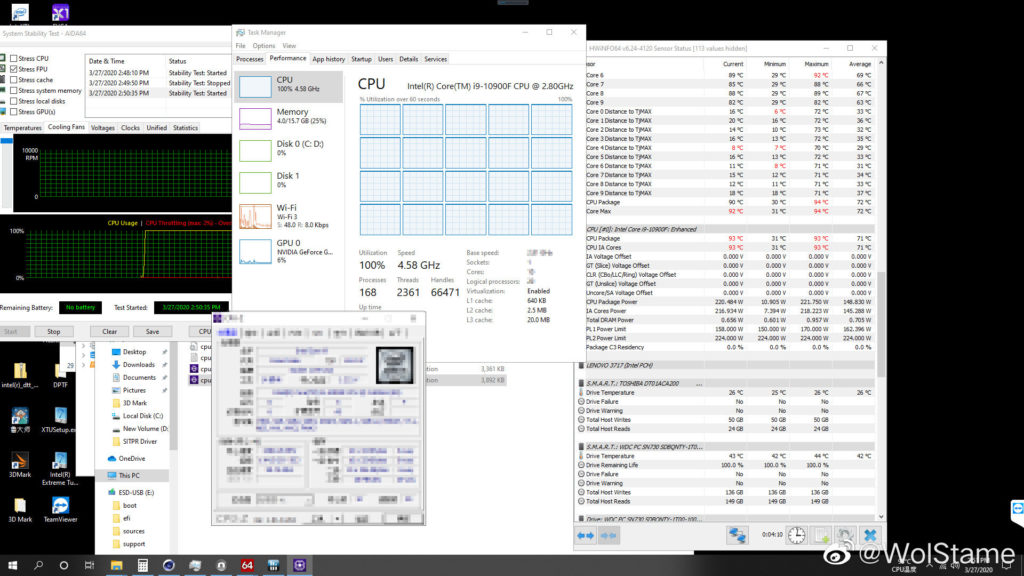 The TDP value of 65 W is derived from the base clock, also known as PL1, while the actual TDP (PL2) is much higher. In the case of the Core i9-10900F, however, the maximum PL1 power limit according to the determined values is 170 W and the PL2 power limit is even 224 W. This is more than three times the power consumption compared to the official TDP. If we compare the existing CPUs with this, then Intel's Core i9-9900KS with 8 cores and a frequency of 5 GHz with its approx. 170 W at maximum load similarly hot, while the AMD Ryzen 9 3950X with 16 cores produces a total of 146 W at full load.

It looks like Intel has been in its 10th-place product line. generation dropped the efficiency limit and simply set to brute force. Pure crowbar, but it seems to work in spite of everything. The corresponding temperatures were of course co-published by the same user and you will be able to imagine what is coming. The Intel Core i9-10900F seems to be, literally, a super hot chip, whose temperature rises to 93°C at full load, while at normal load it should remain at 70 to 75 °C. With a 240W all-in-one compact water cooling. 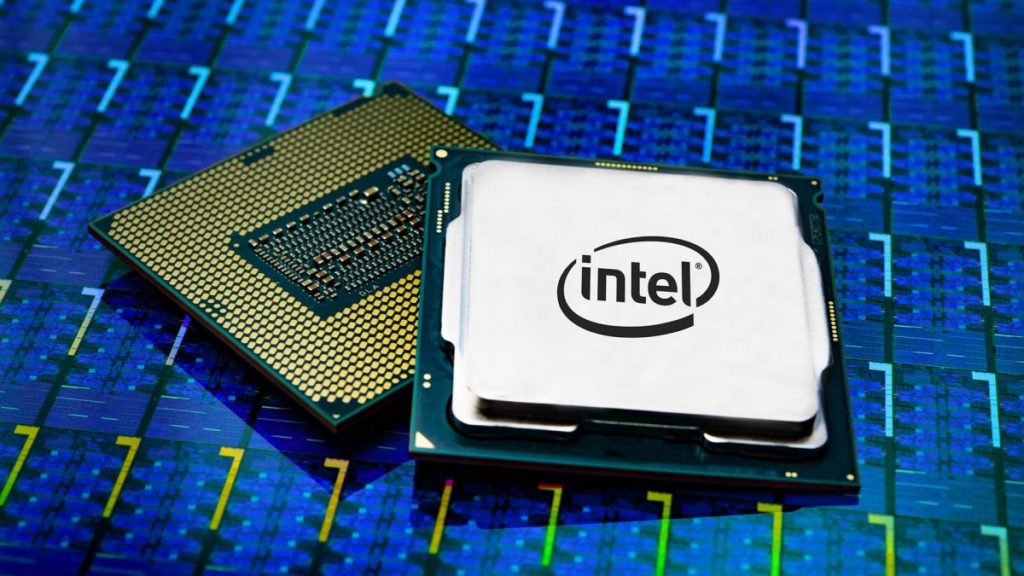 The Intel Core i9-10900K reportedly has a PL2 TDP of 250W, but that might not even be the end of the flagpole, as the latest figures for the Core i9-10900F suggest. And the processors with 10 cores and 20 threads are not the only ones to have received a clock increase, because also the upcoming Core i7 and Core i5 series should clock faster. It is quite likely that Intel especially high-end AIO coolers (240/360 mm/Custom-Loop) for its 10. because weaker coolers are unlikely to cause this temperature explosion.

The Core i9-9900K is a 95W and 210W (PL2) chip, while the i9-10900K is a 125W and 250W (PL2) chip. If you look at these numbers, AMD's 7-nm-Ryzen chips are a whole league ahead. And then there is this Eco mode, which makes such a Ryzen 9 even more efficient. Industry insiders and motherboard manufacturers themselves have explained that the Z490 boards are specifically designed to increase the power consumption of the Comet Lake S series, and they have even found that the chips can exceed the 300W limit.

So the next month will certainly be hot, even without the sun.

Nvidia, AMD and many are on the hunt for interposers – TSMC has reached capacity limit
Ryzen R7 2700X Beginner Overclocking Guide: an 8-core bargain in the fast lane