It's been almost four years since we first tried a GeForce GTX 650 in our two-part Silent Gaming project - More graphics performance including thermal protection circuit (here part 1, which is about the PC itself). Temperatures, clock rates and voltages Our measurements have to be carried out in passive mode over a much longer period of time, because it can take up to an hour for the final heating of all components to be carried out. 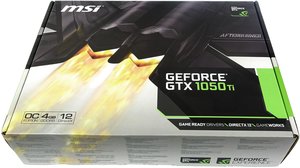 It's been almost four years since we first tried a passive solution with a GeForce GTX 650 in our two-part Silent Gaming project – More graphics power including thermal protection circuit (here part 1, which is about the PC itself). even played quite well for the conditions of the time.

Exactly one year later followed the next passive conversion, namely that of a GTX 750 Ti: Do-It-Yourself: We are building a passively cooled GeForce GTX 750 Ti.

After the release of the GeForce GTX 1050 (Ti), the next conversion is now logically imminent, although we have even pulled out the old setup and radiator from 2013 to compare the three generations: Kepler against Maxwell and Pascal, as well as the fight of all against the resulting waste heat.

The GeForce GTX 1050 seems to be more suitable for the surface because of its lower power consumption. But if you think a little bit and take Into account Nvidia's boost, the Ti model, equipped with twice as much memory, is the smarter choice in the end.

The maximum power consumption can be safely braked via the Power Target, but the memory expansion is fixed – and the two gigabytes of the normal GTX 1050 are a real fun brake at the latest in the medium term. 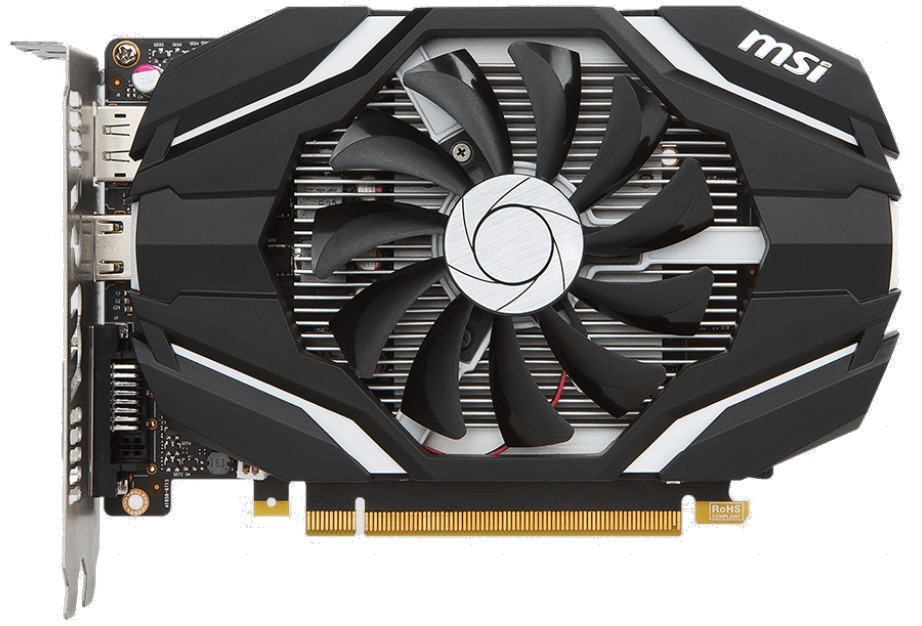 After some back and forth, we finally resorted to the simplest version of the MSI GeForce GTX 1050 Ti OC, which on the one hand dispenses with the separate power plug and on the other hand brings a feature in the form of additional holes, which is still will be speaking.

After some initial measurements and the exploration of all settings in a hotbox, we decided on a power target of 80 percent, so that the maximum power consumption never increased above 52 watts on average, but was often significantly lower enough. If you fear thermal problems, you can easily test 60 percent or less with this card – the performance losses are less severe than you might think.

For the changeable power target, we measured the respective power consumption of the MSI GeForce GTX 1050 Ti OC, which in many cases is likely to be significantly lower in gaming. However, it should be noted that no fan with up to two watts of power consumption is included in the overall measurements:

Note pad #1
• The memory expansion of the GeForce GTX 1050 is not very future-proof
• Power consumption can be perfectly lowered via the Power Target
• The price difference is not large enough to outweigh the disadvantages of non-Ti
• The simplest GeForce GTX 1050 Ti is absolutely sufficient, overclocking is superfluous

But let's go back to the feature with the holes just mentioned. Anyone who has read the article on the conversion of the GeForce 750 Ti will surely also remember that we had to "admit" a few millimeters mechanically by removing the hole distance in order to find a suitable cooler for the Maxwell card.

This is no different with the GeForce GTX 1050 Ti, as the original cooler has a hole grid of 48 mm each. Finding something like this in the third-party market for passive coolers is more than luck and almost always crowned by failure. 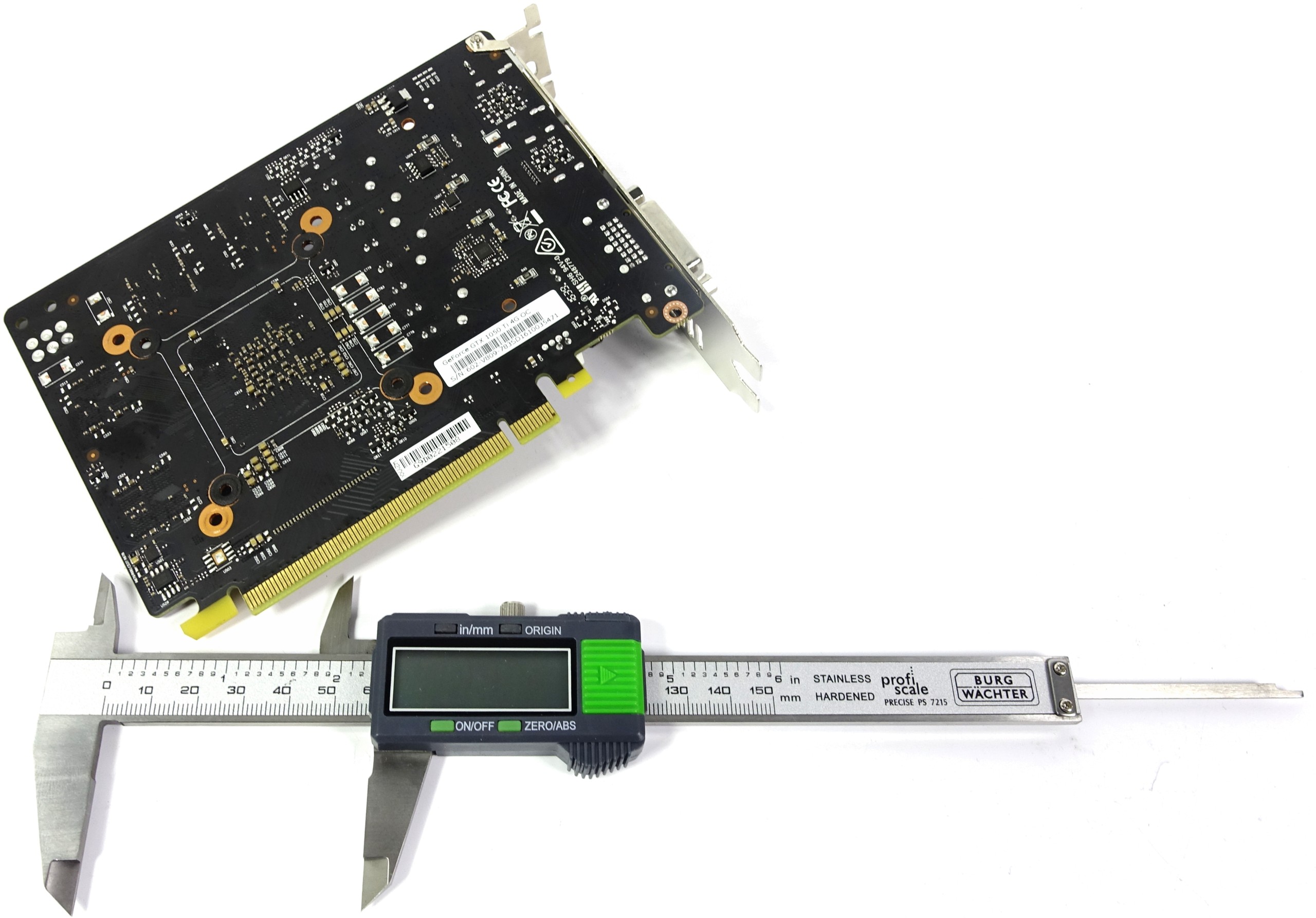 But stop! On the MSI card there are also four unused, very sympathetic holes in the 58 mm grid! That's our salvation, because almost all coolers – whether third-party solutions or Nvidia-Custom designs of higher performance classes – rely on these dimensions.

This is a new life for our Arctic Accelero III, which we planted three years ago on a Radeon R9 290, because we don't have to look for a solution for long.

Of course, you can also use old, defective Nvidia card, which also had a hole grid of 58 mm. However, it is important to ensure that there should be a distance of about 15 millimetres between the lower edge of the heat sink and the radiator fins, so that the higher components such as coils and capacitors do not start.

We also see that just over half of the heat sink extends beyond the board of the graphics card. Here the air has quite easy play with the necessary self-convection – i.e. the ascending movement of the air after the warming has taken place. This is also one of the reasons why it is better not to install passive cards vertically, as the airflow is rather less favourable.

The short MSI GeForce GTX 1050 Ti, together with the long radiator, makes a pretty good figure and is just waiting to be installed and used as profitably as possible.

Note sheet #2
• The hole spacing of 48 mm is hardly to be found in third-party coolers
• Some cards have additional unused 58mm holes
• The MSI GeForce GTX 1050 Ti has the necessary ex-factory holes
• You can even use old coolers with 58 mm grid and enough board spacing
• The longer the cooler, the larger the overhang over the board (airflow!)

The right housing including positioning

We have already briefly touched on the positioning of the card during installation. Apart from the extreme length (just under 34 cm of installation depth should be in this case already) a cube or other housing with horizontally installed motherboard is rather unsuitable for a completely passive operation. We will therefore also measure how our conversion behaves without and with a very light airflow in the housing. 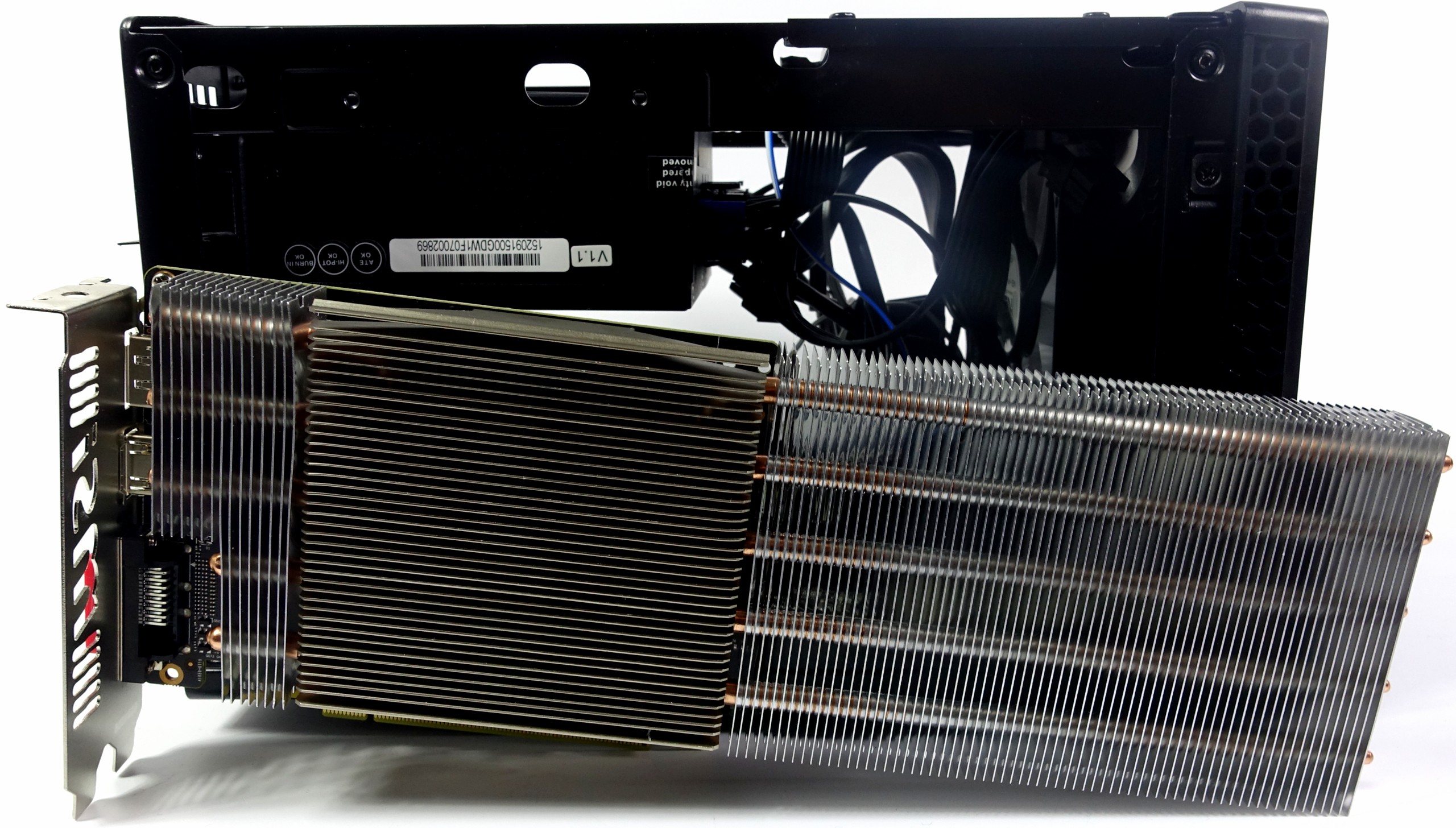 In the first pass, we insert the card into our workstation, where by disconnecting all the housing fans and turning only the two fans on the 240 radiator in the housing cover at about 300 rpm. In addition to this slight pull upwards (under pressure), the card encounters a very large internal volume, which definitely does not stand in the way of the passive card's self-convection. 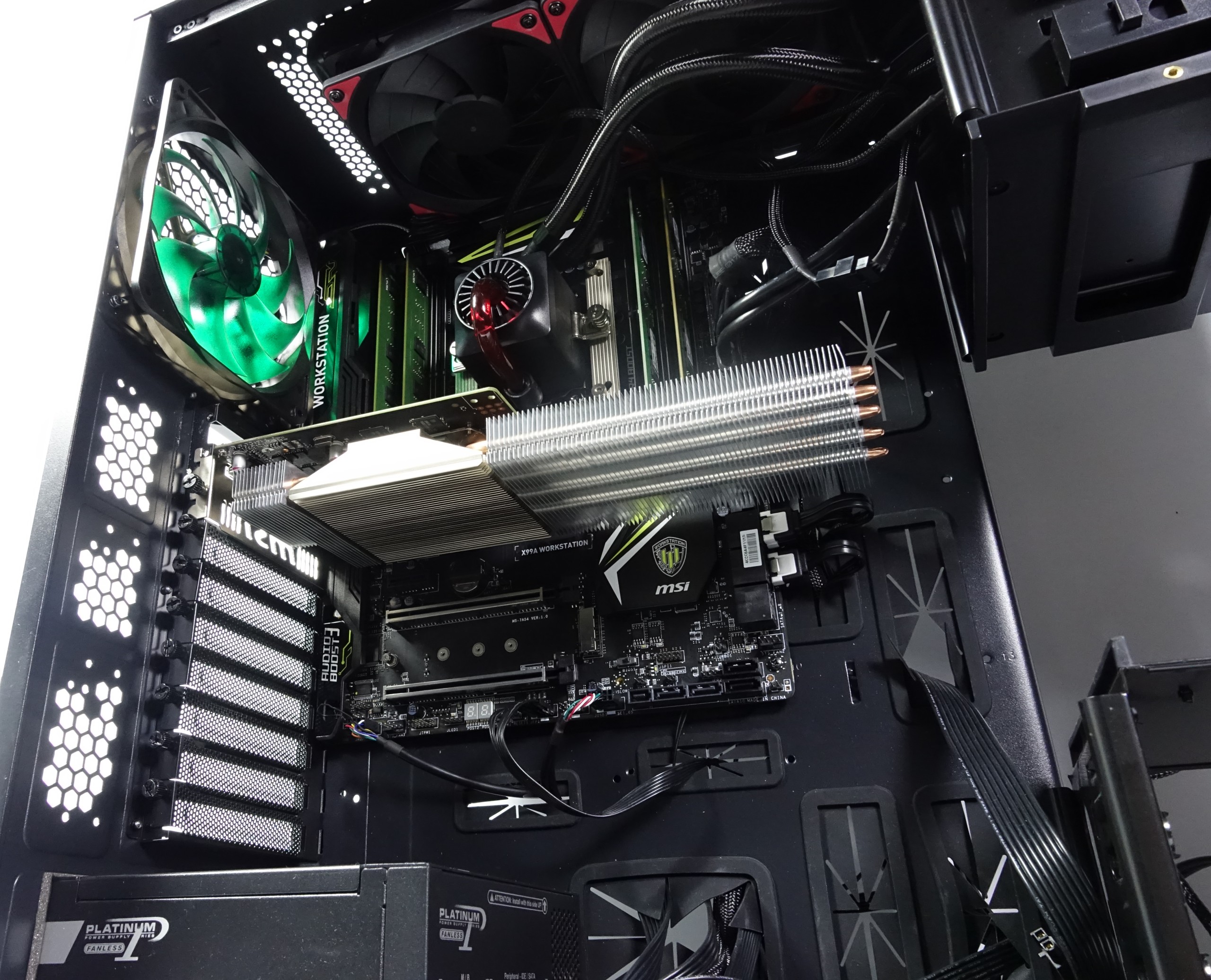 For the second measurement, we once again highlight the 2013 setup, which works completely passively (including the CPU) and was equipped with a temperature-controlled fan connection for safety. For the GeForce GTX 650 we needed it from time to time – but what about the GeForce GTX 1050 Ti? We're excited about what's happened in three years (or maybe not). 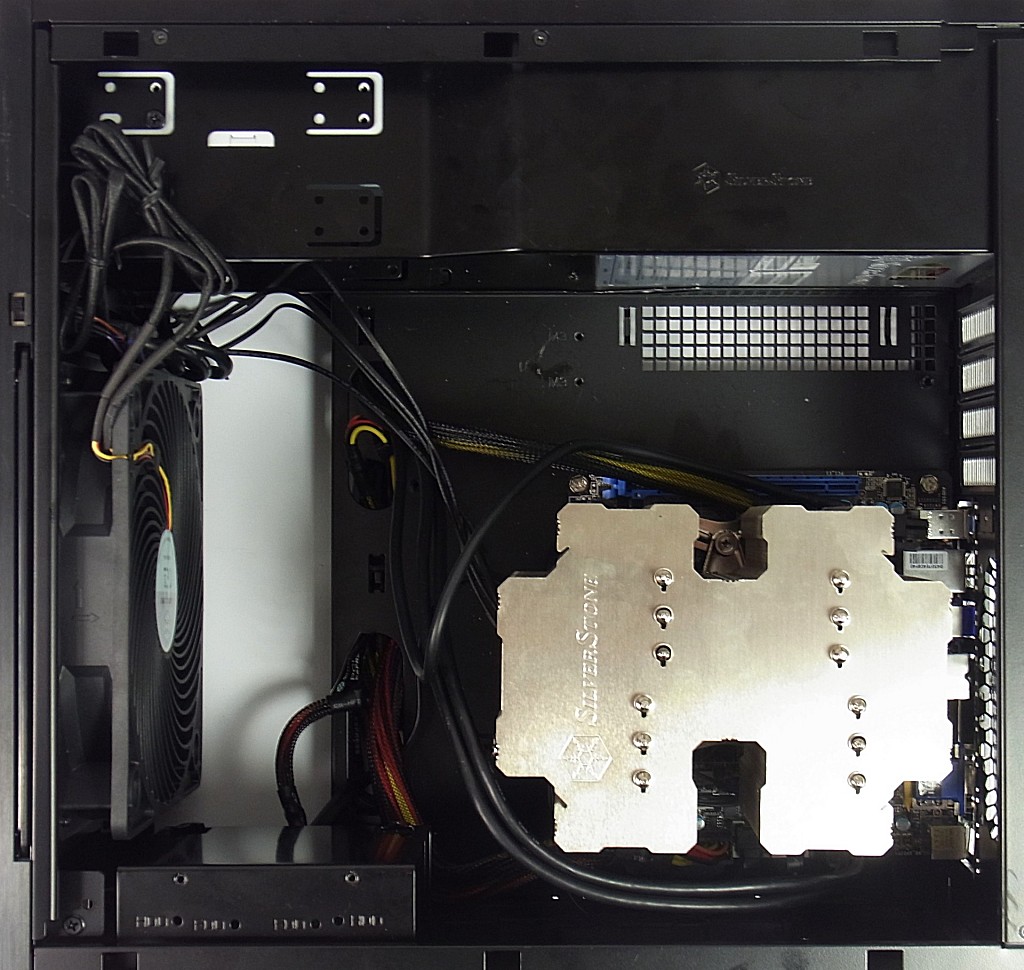 In contrast to the GTX 650 and GTX 1050 Ti, the GeForce GTX 750 Ti had to cope with the Sapphire cooler operated at the time, because its holes unfortunately did not allow the larger heatsink to be used.