Need For Speed (NFS) looks back on 25 years of life and suffering, which couldn’t have been more varied. And since it is very trendy to simply revive old games at a reasonable price instead of creating something new, EA has also reached into the moth box a little bit. But instead of rehashing real classics like NFS Hot Pursuit 2, NFS Underground, NFS Underground 2 or NFS Most Wanted from the years 2002 to 2005, which still have a really loyal fan base, EA picks up the rather unimaginative Burnout-Paradise clone NFS: Hot Pursuit from the year 2010, where assets from an older game were recycled rather lovelessly. I mean, nothing against Burnout Paradise, but I prefer the original (if only because of the soundtracks), even though 2010 Criterion was allowed to try NFS for the first time and it was quite successful. This fun racer had nothing to do with the NFS celebrated until then. And exactly this game has now been pimped, old mistakes have been taken over well-behaved and also otherwise only visually a little bit improved. All of this is, in itself, not even defamatory, because everyone has the right to have their old photos re-framed. 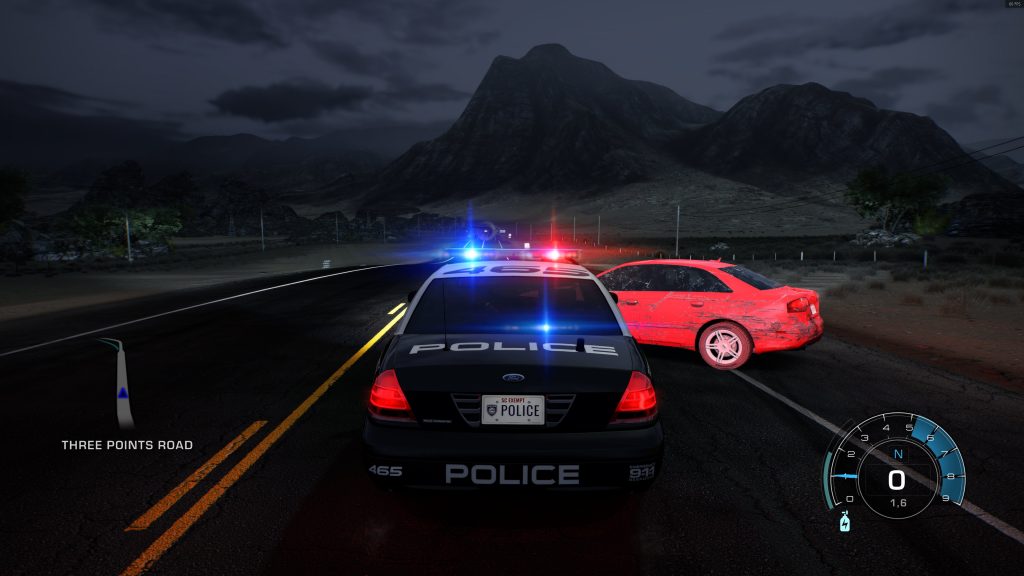 What is annoying, however, is the price, because the original was no less good (or badly playable) and in the end only cost an almost ridiculous fiver. In time with the new Polish, the original disappeared completely from the shop purely “by chance”. A pity, but probably necessary to boost sales once again. But you can still have a lot of fun with the game (and therefore also the remaster) if you politely hide all the circumstances. That’s the good part of the news, then. 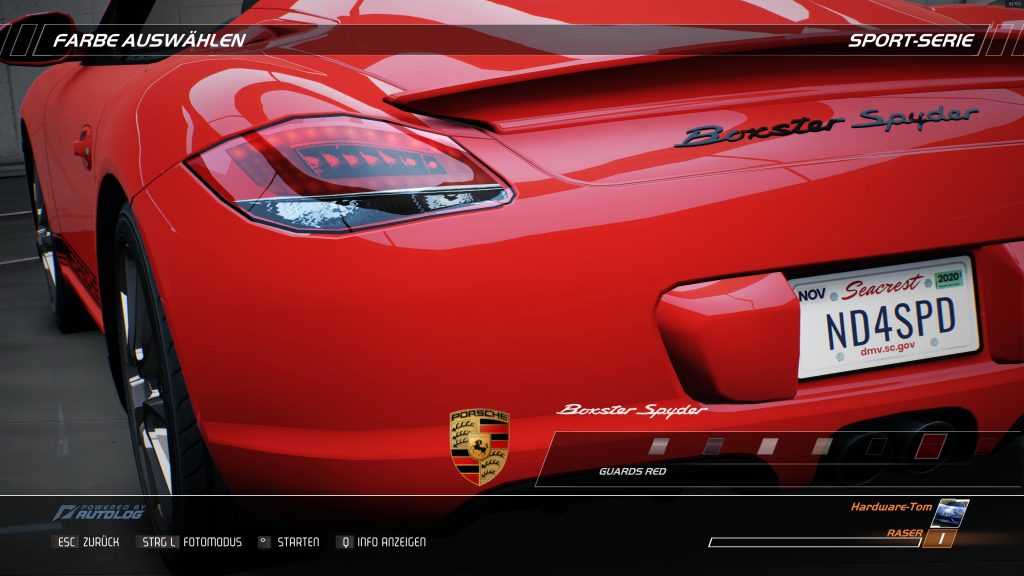 The fact that a lot of old binary code was taken over here almost without prejudice was shown to me by the test of an old trainer, where you could simply continue cheating in the “new” game with slight modifications without having to program something completely new. And as in 2010, the game initially started without sound and a working input device. Just for a moment in my memory and yes, there was something! If you start the game as administrator, suddenly sound and input are back and remain so. Only for any further modifications this feature should not be missing either. Well, steering wheel… another subject, please. Why this mistake has not been ironed out at last also shows that time and money have been wasted here. To set such a rights assignment as a mandatory prerequisite is really not very smart. Then to bring such a remaster, if the old 5 Euro game would have done the same? Well. Come on, let’s just play again… 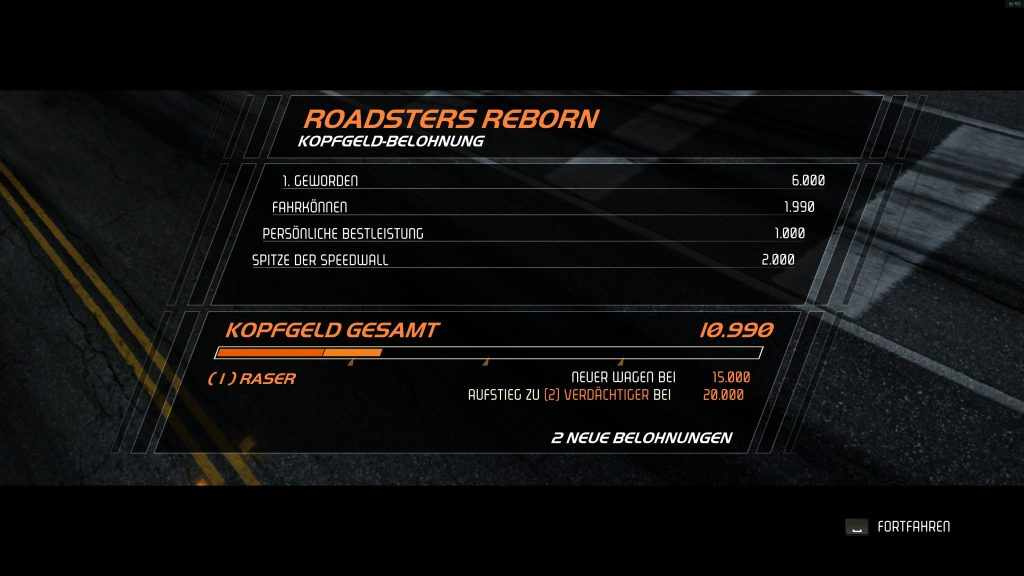 Once it’s running, then…

… it’s fun again (if you fade out the price for a touch of nothing new). Seacrest County is richly fictional and cubes up everything that the entire U.S. has to offer. So you have everything, coasts, mountains and desert, concrete included. Optically, the game has gained something after 10 years and there are more objects available for flattening, but it still looks untimely sterile and almost empty. Oncoming traffic is sporadic, but actually nothing else than staffage and tolerable provocation at top speed.

At the latest with the weather, the geriatric component of the whole retrieval action becomes noticeable: it pours down from time to time like from buckets, but the hairstyle fits like a glove even at 12 o’clock noon. 3-weather taffeta on the fart dry hood and all larger surfaces that are not called straight floor are not affected from anything. They are in the rain protection area and threatened with drying out. This is optically a pure return to the past, when processors usually had only four or less cores and in 2010 you finally knew how to write vuvuzela correctly, including a sudden hearing loss. When the sound finally came on.

But every now and then the sun shines in the game. Speaking of cores, if you play with a current multi-core, you will finally be served, at least this bug is out. A few more reflections, some crisper textures that look good in 4K, better shadows and the still moderate hardware hunger are on the plus side of the new version. That’s something. 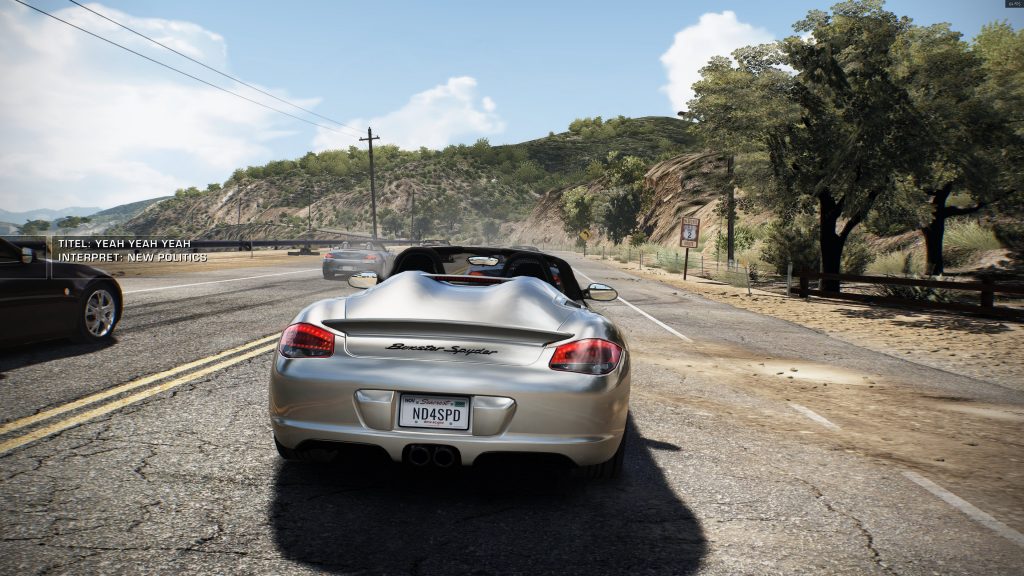 Switching between the chased and the chased is still fun, even though it is of course pure arcade. And yes, you actually expect exactly that and nothing else. Then it’s even a lot of fun, because you can drift with everything that has four wheels, no matter which drive, because nothing can break. Damage model? Oh no, at most the total loss “crash” stops the artist, even if only for a short time. The rest is more trivial than Hot Pursuit.

At first you have to put up with it, but after a while it becomes really fun again, if you ride in your own hand-picked herd and not offline against the still borderline AI. By the way, I personally enjoy Pursuit Mode the most, preferably with good friends, if you are lucky enough to get together. Then it likes to go on forever into the night and you hardly want to stop, just like back then. 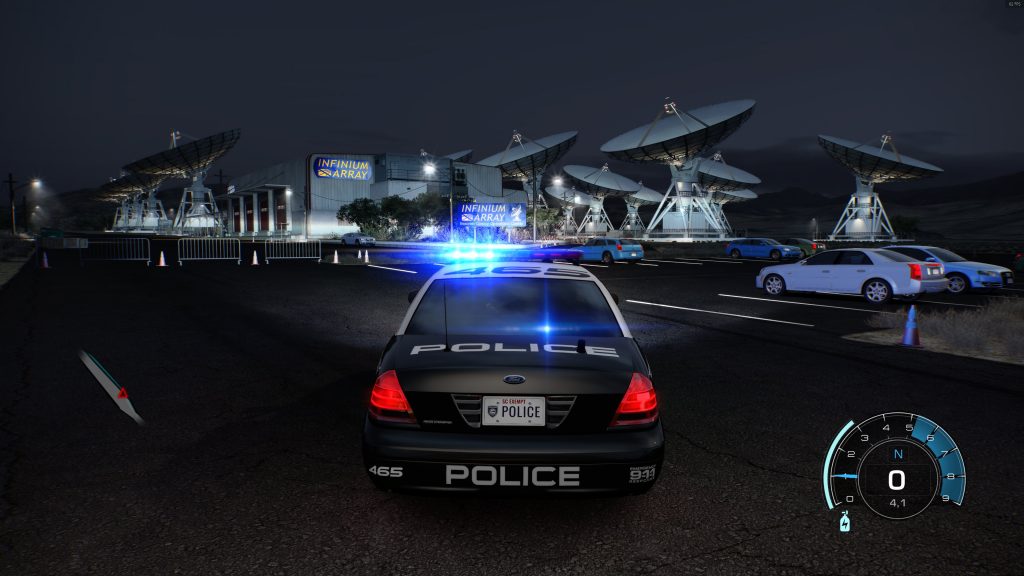 Conclusion and the attempt at reconciliation

I’m one of those people who bought the game at the time and also waited for DLCs (which never really came for resource and cost reasons). The three additional cars of the console versions are at least now added to the game, and you should really consider buying the game again if you already own it. This is a little bit senseless, especially since you could easily force the missing AA of the old version externally via the driver and you can easily remove the CPU with a few simple steps. 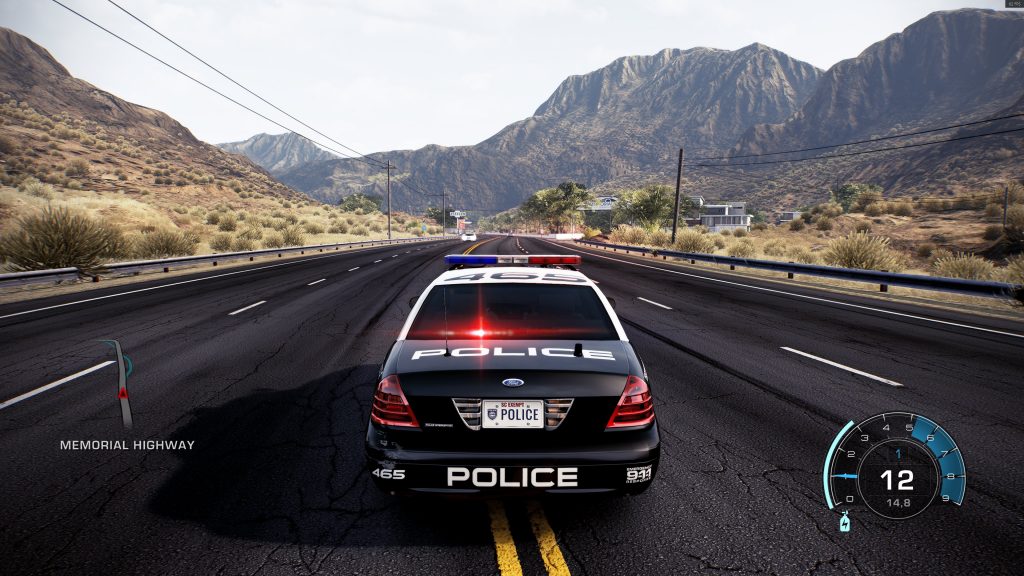 But the rest of the not-yet-customers may strike gladly and confidently, if the time until cyberpunk 2077 is too long for him, he has just about 30 Euros left and he likes pure arcade anyway. Because there are much worse racers for the same money, so fair you have to stay fair. Those who have never played it before will also find their way around quickly, because there are no real surprises. Therefore no benchmarks, because it still runs absolutely smooth on every slightly overclocked hair dryer. In that sense, they did better than Crytek, who executed their remaster outright. I’d rather have Hot Pursuit than Crysis. At least you know what you have. 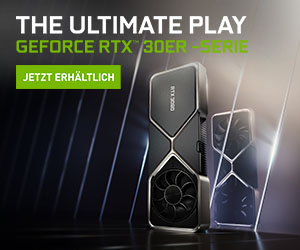