It's seemingly en vogue to tear up and tear up everything that's been on offer as part of the NfS series since Most Wanted. And one should beat up the filmmakers of "The Fast and the Furious" at least once a day that they managed so magnificently to enliven this series for years to come.  But I am now consciously opposing the trend and i'm also cheekily taking out finding NfS Heat (right) good. It is not visually particularly beautiful, nor does it contain innovative features that have not been seen before. Frostbite look and burnout paradise game mechanics were enough. But it still has something! 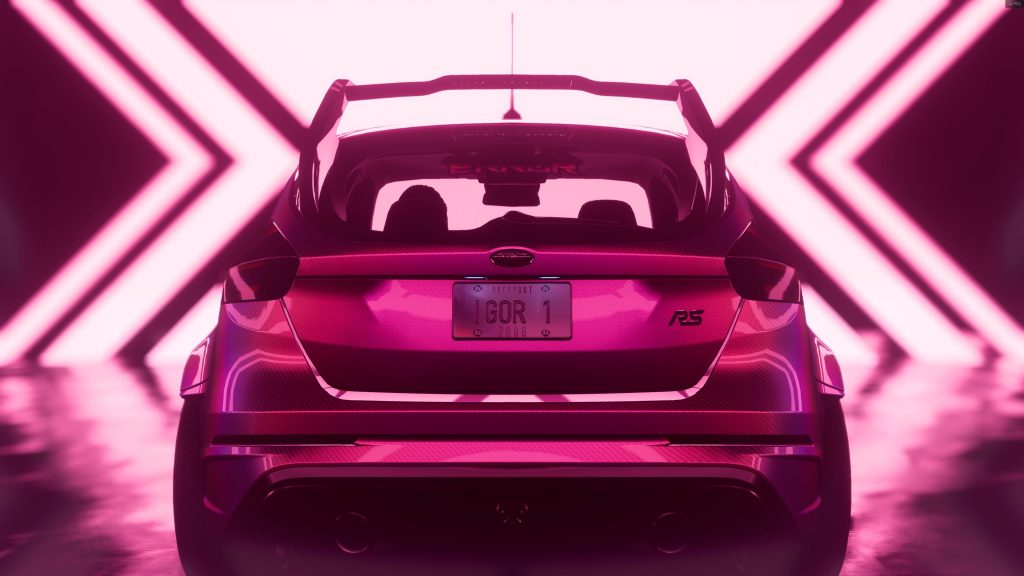 Yes, the idea with the individual day-night changes, where even the cross-brave accountant Kevin-Horst mutates into the neon-illuminated Justin tiger of the hot night, is really fun for me personally. During t, you grind through "official races" to raise money, so that you can then spend with your hands full on parts that you have to unlock night after night with reputation points. The environment is as empty as Underground 2 during the day or at night and acts as statically as a complete paralysis of the central nervous system. But for that we have our Kevin-Horst, the Justin-Tiger and above all the stupid policemen, who bring some life back to the stall when you knock on them. Search level 5 FTW!

Anyone looking for an exciting and, above all, coherent story will of course be disappointed. But since you don't really need them and certainly shouldn't expect them, the howl factor remains low here. One simply writes the plot for oneself, even if the initial rum-searching for rep points and events is something on the mind. Since the police apparently only have a single helicopter and the policemen often ran out of fuel, this is funny. The search level as a multiplier for won night races is very practical and is gladly taken. At least from me. 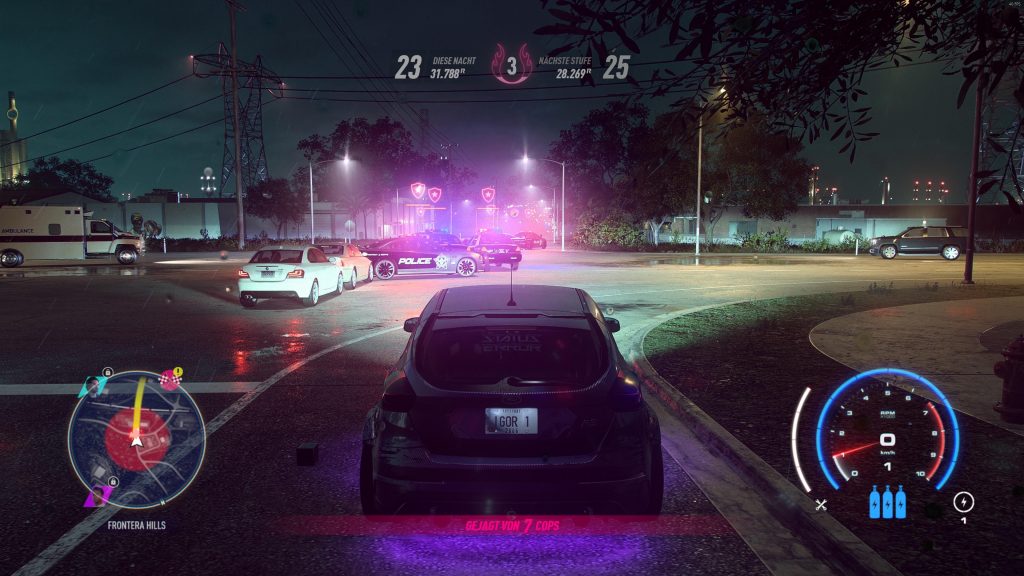 However, there are also really negative things to report. The expensive steering wheel is not possible unless you use a small software that can put the keyboard or pad on the steering wheel. But in the end it is not a loss at all, because it is and remains arcade at the highest level, where above all the drifting becomes once again the highlight. This has been well done and those who treat themselves to an SUV will find their fun away from circuits. Category "Can you leave like this" just. And yes, there are also weather and mountains. Massive even. 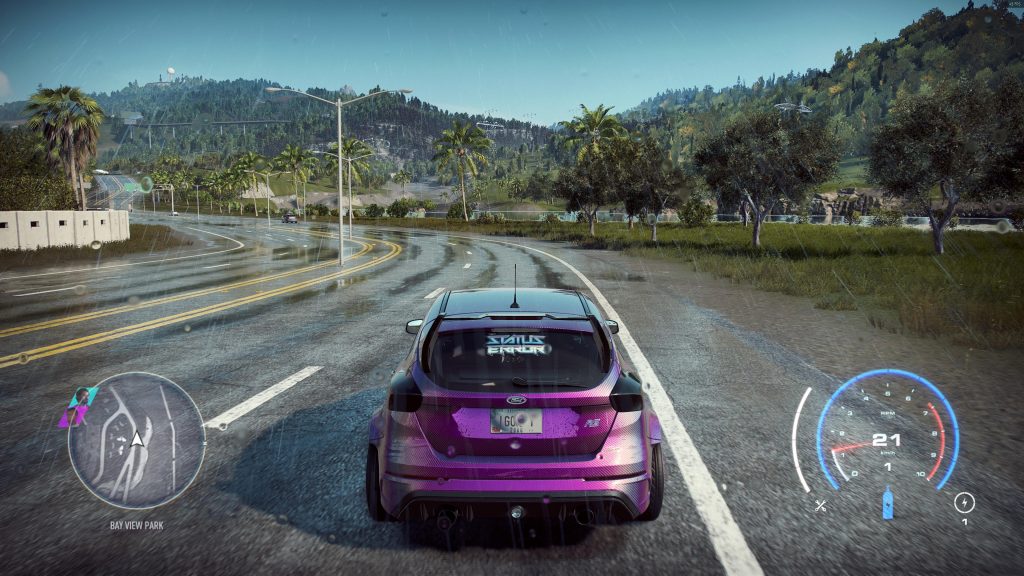 Am I just starting to look enthusiastic? If you are looking for a simulation, you have always been wrong here, even with Shift. For this, the Hau-Drauf Group is finally getting its money's worth with the 'is-yes-not-my-cart' feeling. Then you can also cruise through Downtown, just and completely relaxed, make a chilly pausing, only to quickly realize that the graphics seem so old-fashioned and squarely trivial that you prefer to give full throttle again. And that's exactly what the game is for. The vehicles can be tuned visually, acoustically (!) and in terms of performance, suspension settings included. The speed impression is well done and even under 40 FPS everything still looks reasonably fluid. Amazing. 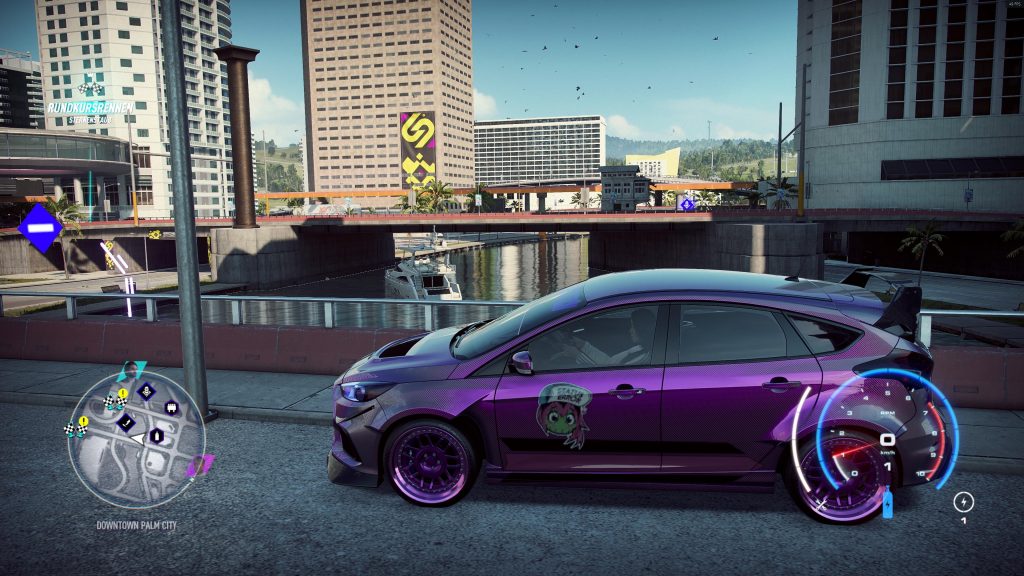 The Dyno mode of NfS Underground 2 was much better, but you can't have everything.  Nevertheless, there is no boredom in the garage and some rum tinkering really brings something, especially in the curves and drifting. After all, you can get along with the simpler models for quite a long time, even if at some point AI-related is over. Times when you could still refurbished the fat carts with an inflated 106 Peugeot and body kit, you don't necessarily have to relive it. That's the right thing to do. There are now unique parts for this. 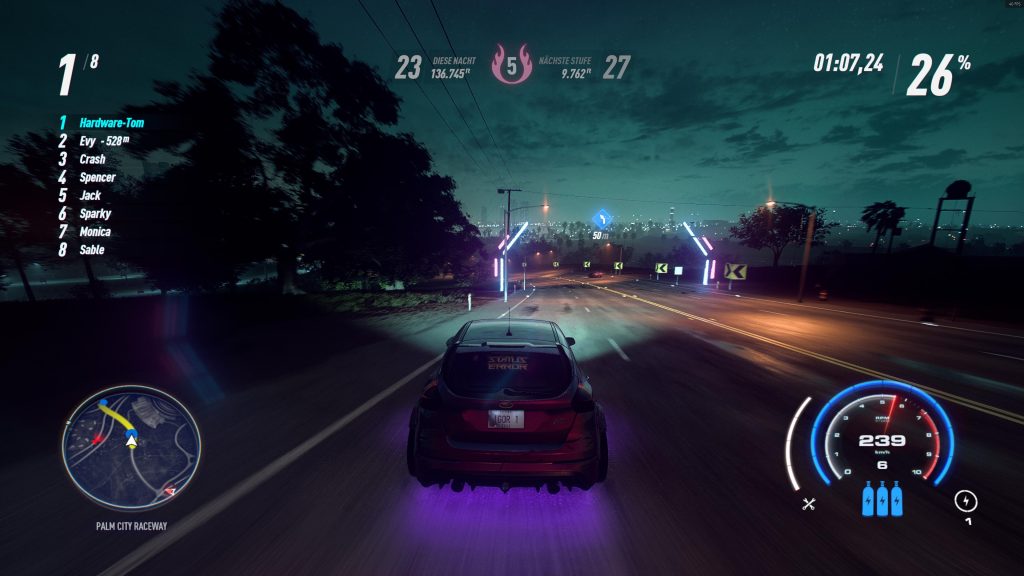 Maybe that's why I'm so euphoric because EA has finally run out of the silly and annoying slipper yrubber that tacks all the AI spinners on your heels? Yes, if you stop, you still have the feeling that the AI will catch up a little faster than expected, but if you don't make any mistakes, you finally create decent distances, which motivate you even more. Catching up is also possible and it has also become more realistic, because then the AI does not stroll around until you are allowed to sniff the nitro perfume again at Lola's back exit. We had this last time in Underground 2 (but without Lola), so a big thank you for that too!

Speaking of Nitro – the buck pulls through the sniffer gas laughing until the whole bottle is empty! Dosing is not possible, this is every time an endless single blast with complete emptying and if you forget this before the curve, you stick faster in the periphery than he can say pug. Especially the 4-kilo laughing gas family pack drives you not only on and around, but also into digital madness from time to time. So be careful when injecting! 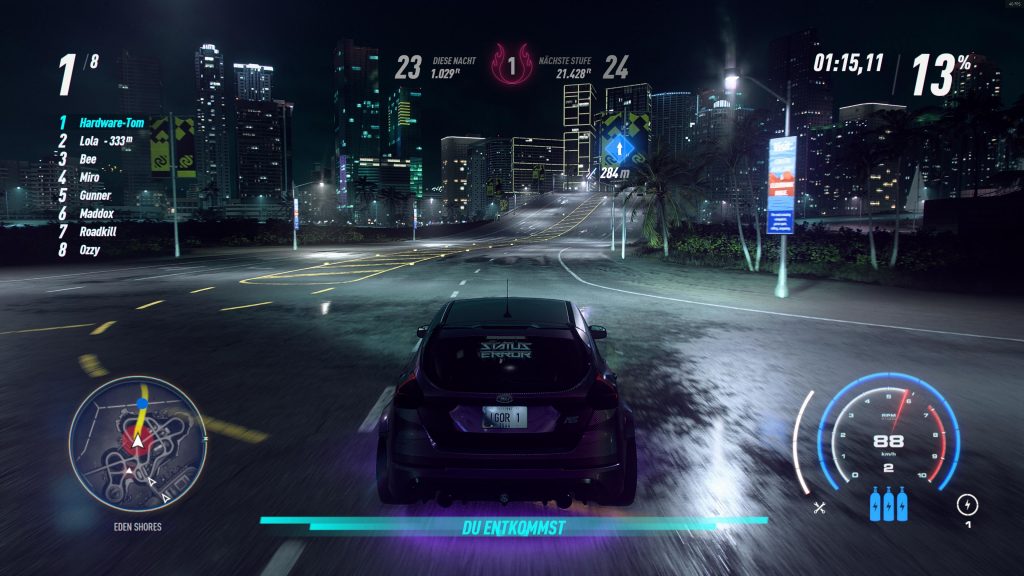 It's good to be happy about (supposed) self-ent things, but at least this mix of everything you've tried in NfS and what wasn't so bad doesn't really create a stranglehold. The billboards seem to be just as indispensable for burnout as finding paradisiacal collectible graffiti or smashing glowing bird trophies from the tuffy Blue Oyster Bar. Pink flamingos as a dotted hate compensation object – you have to get on with it first, where I would have preferred unicorns. Or the developer still had the midday hot dog across the intestinal exit. You don't know, but in the sum of the whole check list for night-time uncheckers, so much decadent jam is already fun again, especially since it's not a must.

By the way, there is also a sound track that can please. The usual gangsta-mucke has been pinched, also a lot of praise for it. The whole thing is neatly put together and doesn't make you think for hours of gold-clad hoodie-carriers, who had to have bumpy tribal rhymes electronically spiced up, which they have separated to the environment by the cokeste clan nose. 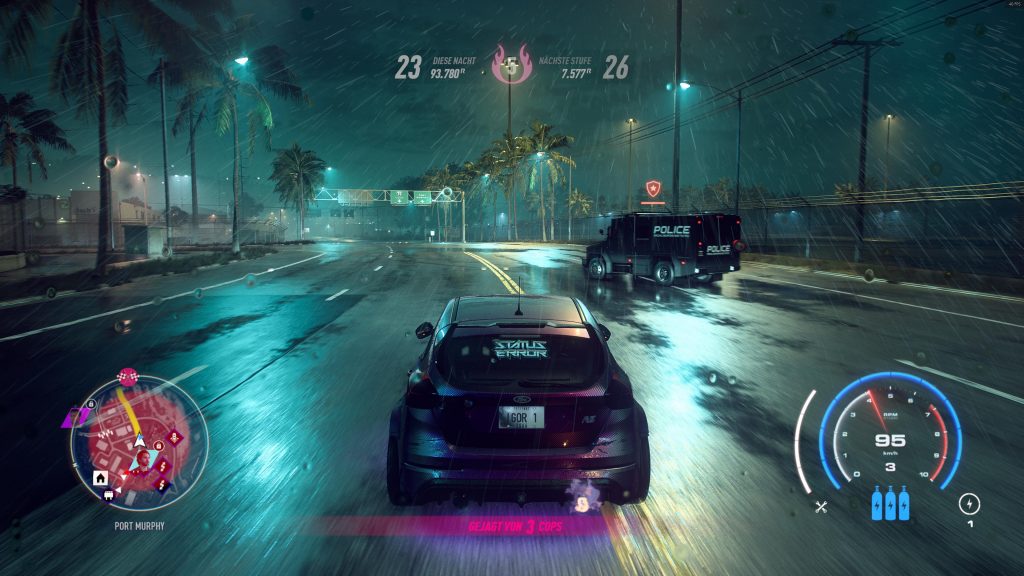 In direct comparison to the long-running Forza Horizon 4 torch, NfS Heat is not the shortest, because apart from the lack of steering wheel support, many things have been done right and different this time. Or to reverse: not as much wrong as usual. This includes not needing additional microtransactions to unlock things that you take for granted. The game simply feels better in the open world, despite the affable story. The online mode also works, but server lags are unattractive and also leave game events suddenly in the digital nirvana, if you were really unlucky again.

Conclusion? I like NfS Heat, even if it shouldn't be the best Need for Speed. With this, EA has at least given this series some air, because you certainly wouldn't have been able to cope with another flop. And with that, we have finally reached exactly where the real problem of this part lies: doomed to absolute success, there was no reserve for risk or innovation with uncertain acceptance. But now that there is plenty of air, let's hope for the next, bolder step. It can only (still) get better.