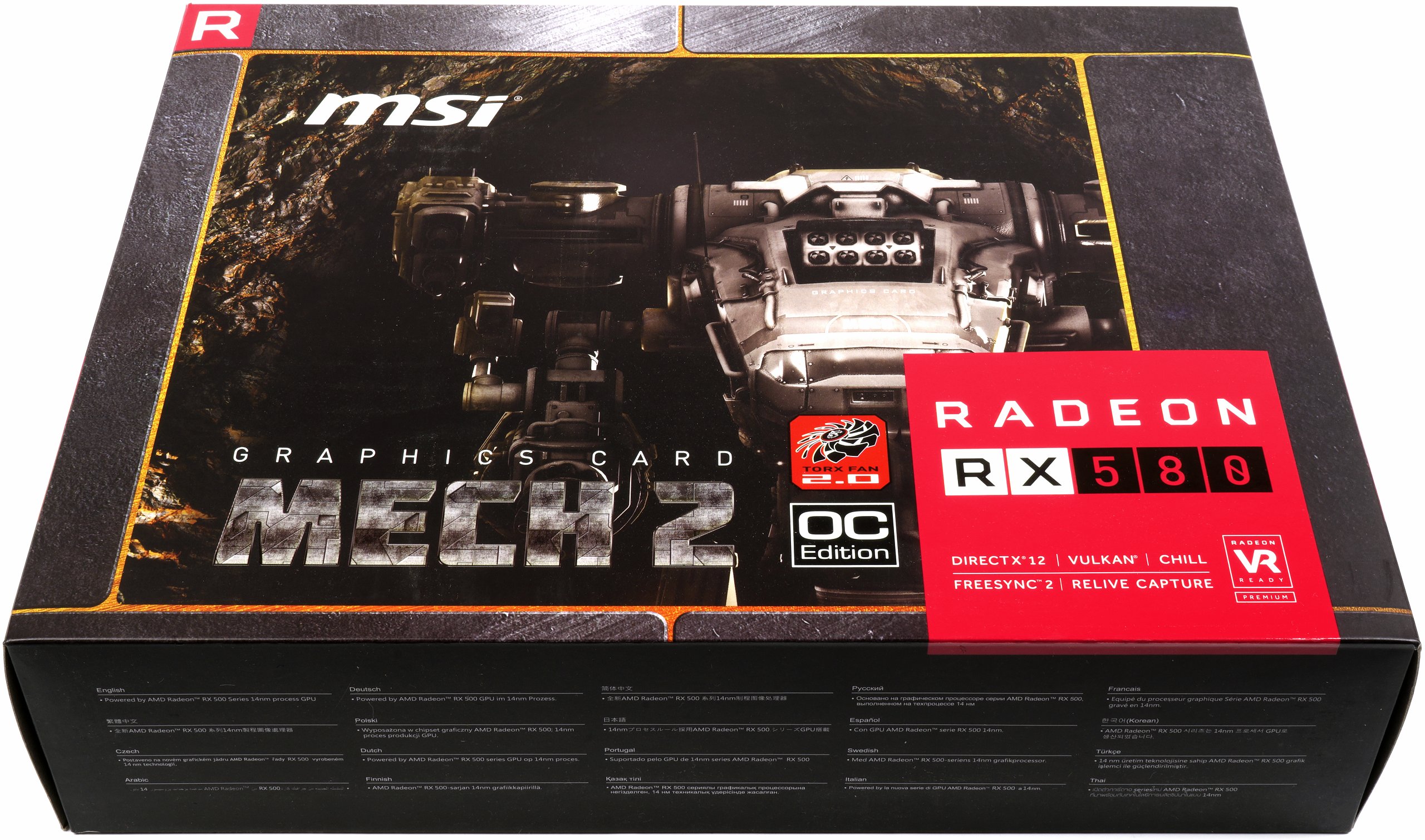 Take a chip that isn't quite as baptismal and think about which new product line you can establish and what added value you could generate for the end customer. The latter, of course, first of all from the point of view of marketing, because you have to establish the new product line somehow on the market.

The older Gaming-X models are no longer available and obviously also EOL. The own Armor series is virtually the entry-level card in this segment and not really image-rich. With the new MSI Radeon RX 580 Mech 2 8GB, the manufacturer obviously wants to score points with the gaming audience, fill the gap and get the big club out here and for it (again). You have to set them apart from everyone else. Given.

No, I don't really want to spoil anything yet, but, the title of the article is already going in the intended direction. The GPU is not a real new development, but only the continuation of what AMD started with "Ellesmere" and Polaris 10 two years ago. Since our launch article "AMD Radeon RX 480 in Test: Can Polaris Counter Against Pascal?" already contains all the important theoretical basics and deeper information about the architecture, there are no re-buttoned placeholders.

Weighing only 849 grams, this card isn't quite as light as some other RX 580s, but it's also not overweight, which suggests a reasonably sized cooler. Also in the measures, the map is rather upper average. It has a mounting length of 27.4 cm (outer surface slot panel until the end of the radiator cover), making it an average length yread. However, with a height of 12.5 cm (from the top of the motherboard slot to the top edge of the upper heatpipe), it is relatively high. At 3.7 cm, the installation depth is exactly where you would expect it for a dual slot card. 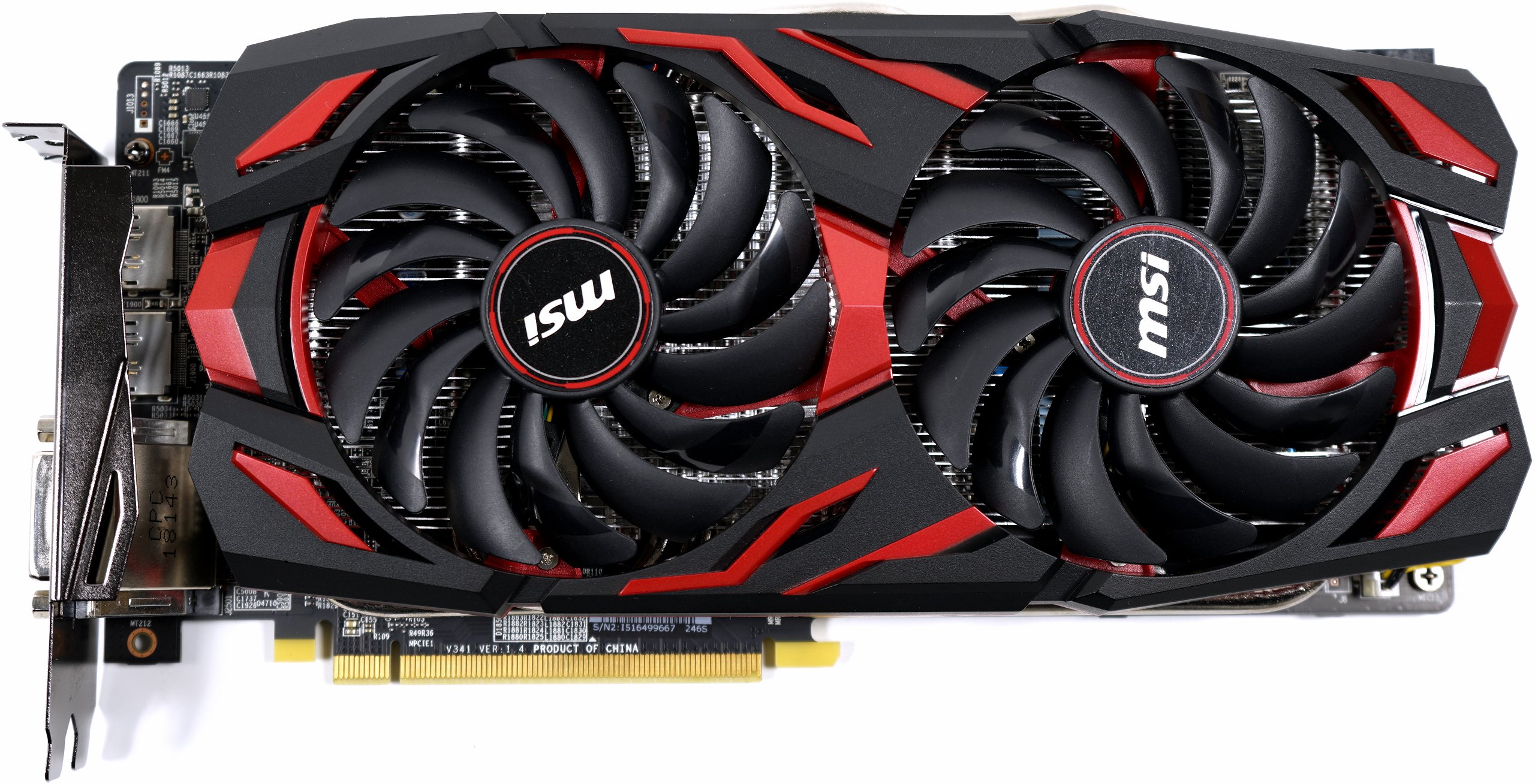 The two Torx 2.0 fans, each with a rotor blade diameter of 9.5 cm, sit in an opening with a diameter of 10 cm. A total of 14 rotor blades per fan, with their special shape, provide above all a strong throughput and less for turbulence; they produce a little more static pressure. Whether and how loud the whole thing will then, we will see in a while.

The backplate is almost a must at MSI. Since you also do not use the famous sandwich frame at the top, the backplate has to be stabilized. It can't cool down, which is a little unfortunate. For this, it carries with approx. 0.5 cm still slightly to the back and you have to be careful that the rear hand does not collide with overwide CPU coolers in the Mini-ITX setup. 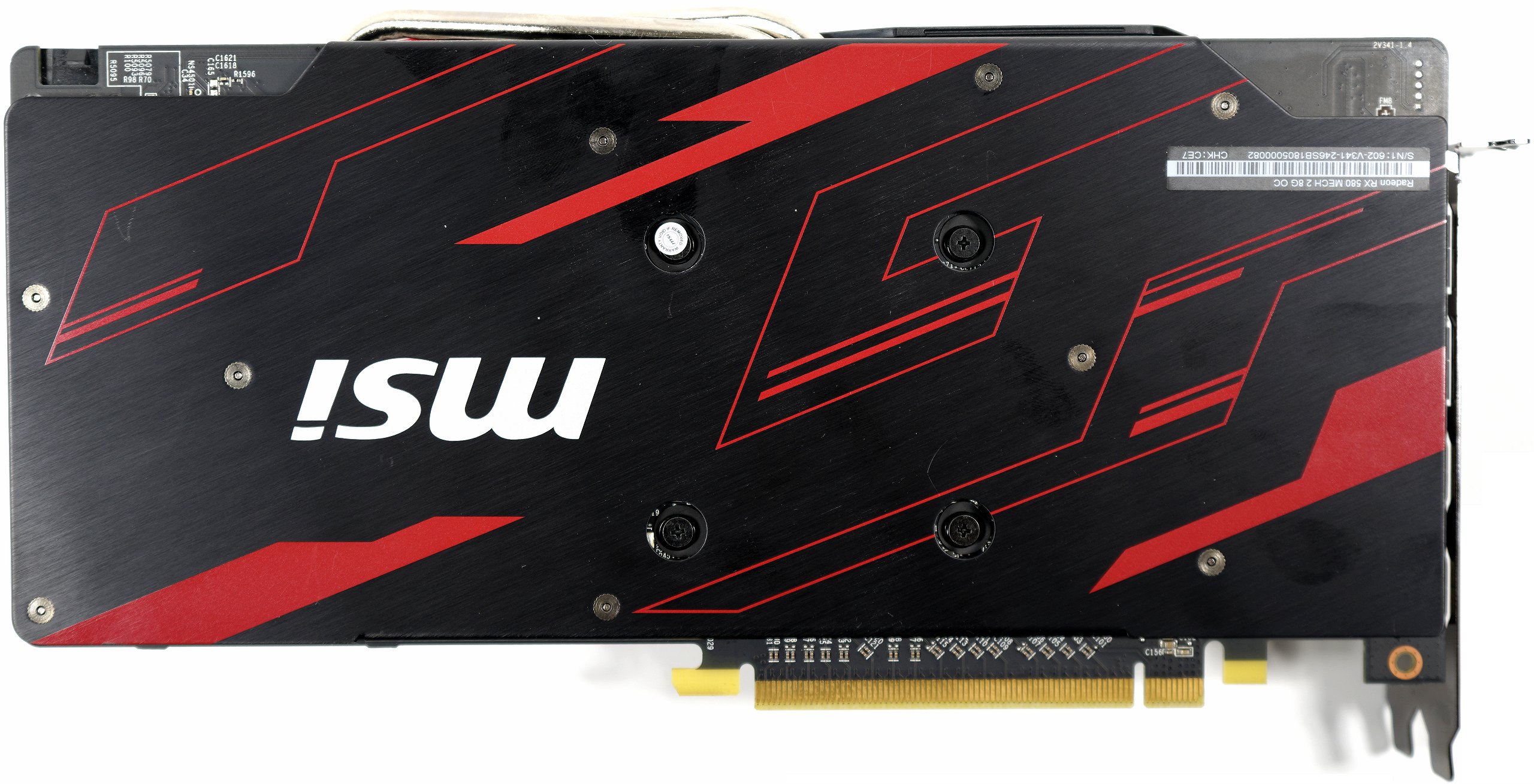 It is already clear at the bottom of the card that MSI is once again relying on the horizontally arranged slats for the AMD cards. The advantage is that the heated exhaust air is not pressed against the sidewall and motherboard, but can sometimes even be transported directly from the housing. We also see the three 6 mm heatapipes made of nickel-plated composite material, two of which can also be seen around the top of the map.

The top clearly shows that MSI somehow tries to stay true to the design line. In addition, the single 8-pin power supply connection, which was rotated by 180°, is again positioned at the end of the board. An illuminated LED lettering has not been dispensed with. It does not seem without RGB

The open end of the card is used for exhaust air outlet, and at least the radiator cover is slightly over.

The slot panel has five ports. Two VR-compatible HDMI 2.0 ports and two DisplayPorts 1.4 are available to the user. The DVI-D connector is a logical addition, which is mainly aimed at up-and-comers with older monitors. However, since the slot visor is also used for air outlet, its presence is rather counterproductive from a cooling point of view.

Finally, let's take a first look at the purely technical data. The value displayed as the maximum clock is not only a wishful thinking, which should be easily achieved within the set power and temperature limit. But let us be surprised at what goes beyond that.

Compared to the relevant (reference cards), this looks like this:

SAPPHIRE Nitro+ Radeon RX Vega 56 available at Caseking for only 469,- Euro | Including Games Bundle | Advertorial
AMD Ryzen Threadripper 2990XW and 2950X unboxed and with images of the test setup