The Graphite Thermal Pad from Innovation Cooling (IC) is not a real reinvention, because heat-conducting graphite pads and graphene films have been around in the industry for several years. Nevertheless, at least for the end user, there was not yet something useful that could have been obtained in a single packaging. But that's exactly where Innovation Cooling starts with the new pads.

This type of cooling pads is now finally being presented for the masses, beautiful as a ready-made single piece in the right size for the astonished end user. That, in turn, is quite laudable, because it is a very clean solution in the truest sense of the word. The most important question of how the cooling performance will end up will be clarified by me in detail later in various scenarios. 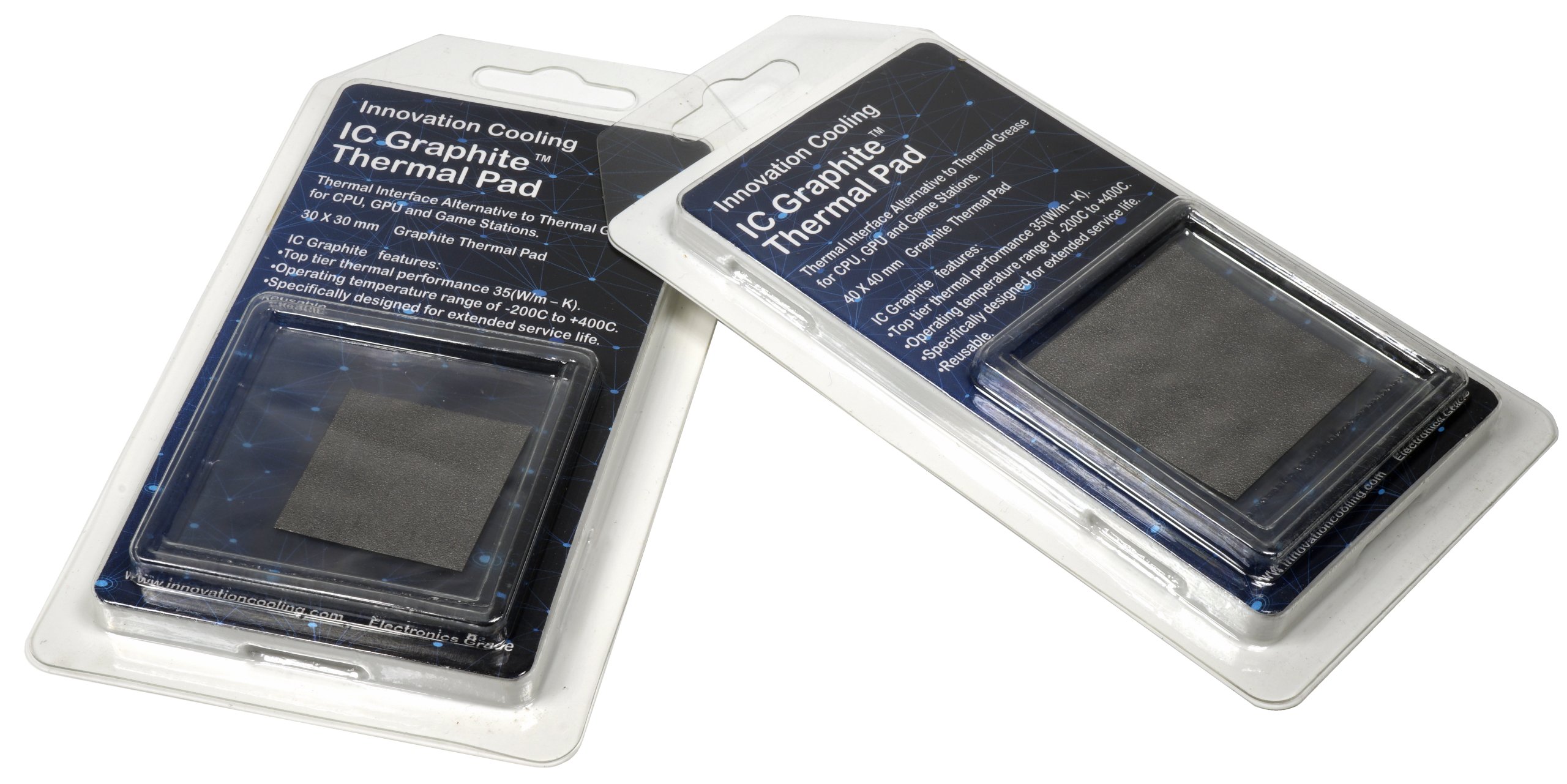 With currently starting at 10 euros for the smaller, 3 x 3 cm large pad and even a proud 14 euros for the 4 x 4 cm large pad, both offers are already double digits at the street price, which is a very confident announcement considering the use of materials. So I'm going to have to measure these pads by your price, which should raise the bar a lot. In the end, the simple handling certainly no longer plays the sole main role.

What makes the pads so special?

But let's get back to the pad. Compared to horizontally perfectly conductive graphene film, whose linear molecular structure enables such high thermal conductivity coefficients, IC takes a slightly different approach. exactly this direction would be nothing, moreover, a very smooth structure of pure nonsense.

Because then we could also screw two flat surfaces on top of each other and it is good. Rather, IC's pads are a kind of coarser compromise, with the structure visibly anything but smooth: 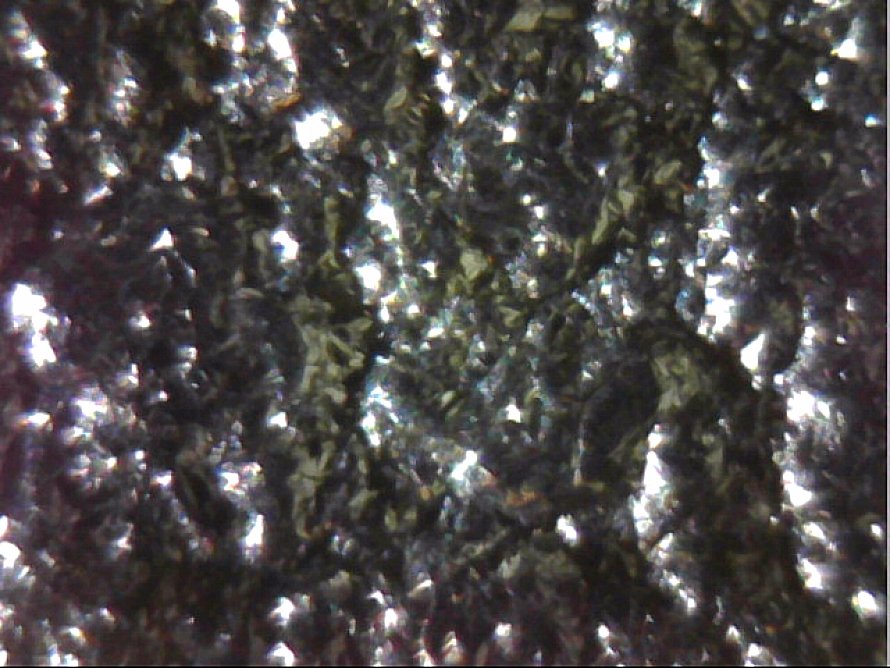 So if you look at the whole thing through the microscope, you can see the individual crystals very nicely, which give a slightly more rugged surface. The pad is also flexible and compressible to some extent, so that together with the also not completely polished surface of the CPU heatspreader (picture below) a reasonably homogeneous and air bubble-free connection is created by the pressure. At least in theory. 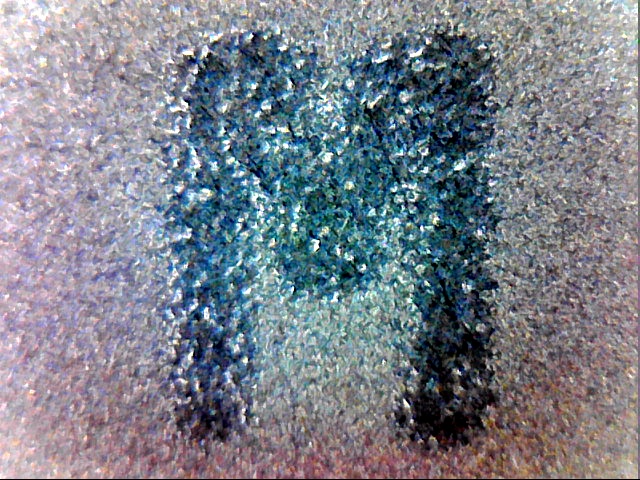 IC gives a thermal conductive coefficient of 35 W/(m*K), which of course exceeds that of most pastes many times over. But the crux is always also in the actual connection and the really resulting contact surface without air inclusions. And that's where I see enormous disadvantages with polished radiator floors.

First, I test a normal Core i7-8700K with the smaller of the pads, which was made exactly for these CPUs. The cooler is an Alseye Windcube LP – a real exotic and not available here. Which is not really an acoustic loss, because the huge low-profile block relies on server fans and is therefore quite noisy.

But it has a non-polished, slightly rough copper radiator floor and is also high-performance enough to hold this CPU with the Thermal Grizzly cryonaut used as a reference to 65°C at Tpackage under Prime95 (AVX). In use, I measured almost 160 watts of power dissipation, which must be dissipated to the radiator. 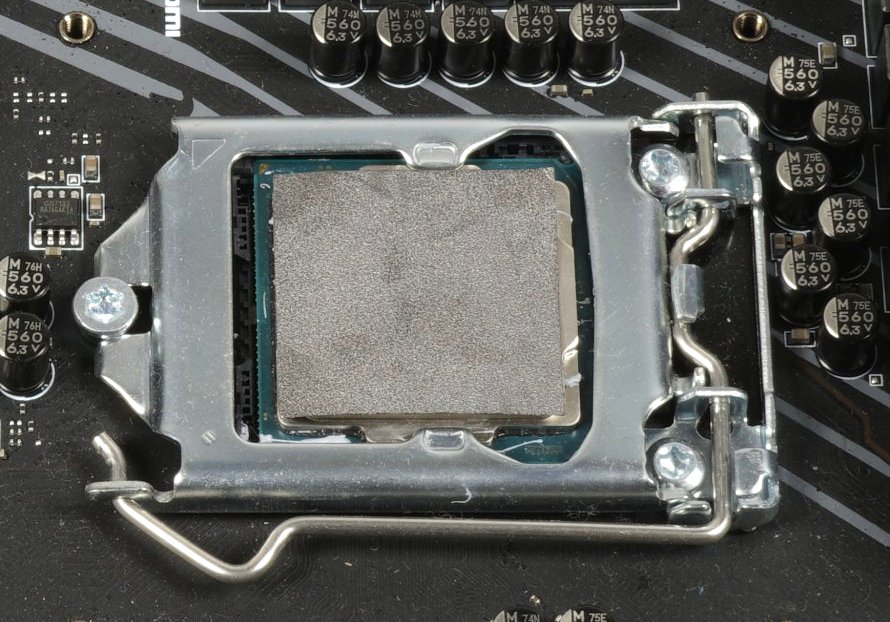 The larger Core i9-7900X is slightly different. This is where a polished radiator bottom of the Alphacool XPX comes into play, everything is cooled with the Alphacool Ice Age 2000 Chiller. The power dissipation is now approx. 245 watts and I deliberately use the Chiller this time, because I want to reach about the same temperature values as with the smaller CPU. Here, too, the Chiller manages approx. 65°C with the cryonaut, on which the film must later be measured. 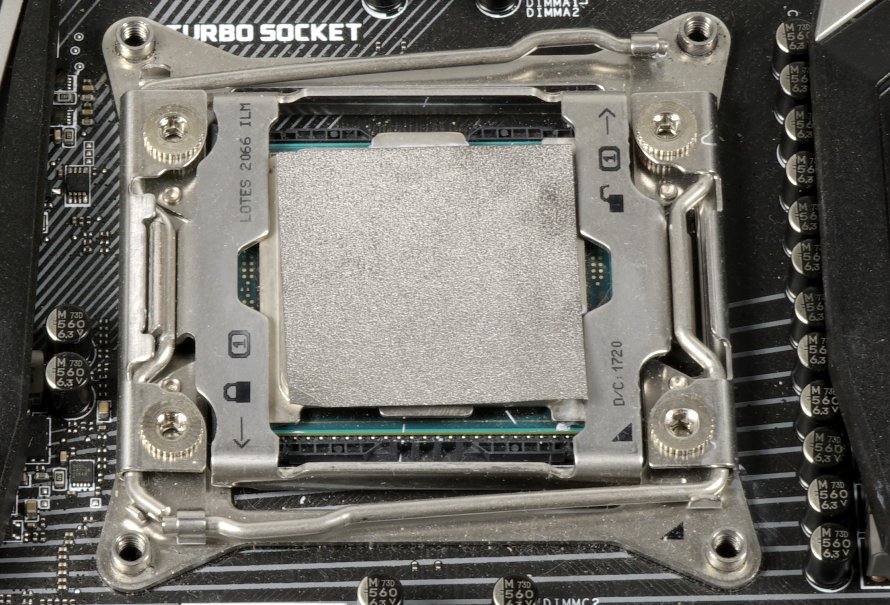 Advantages of graphite pads and multiple use

The fact is that the slide doesn't need burn-in time to achieve the highest performance (for it). The pads also cannot dry out due to leaking silicone and above all the fingers remain nicely clean. All this is on the credit side of IC's offer. In fact, you can't do anything wrong and the shelf life should be enough for several inserts. But is that really true? 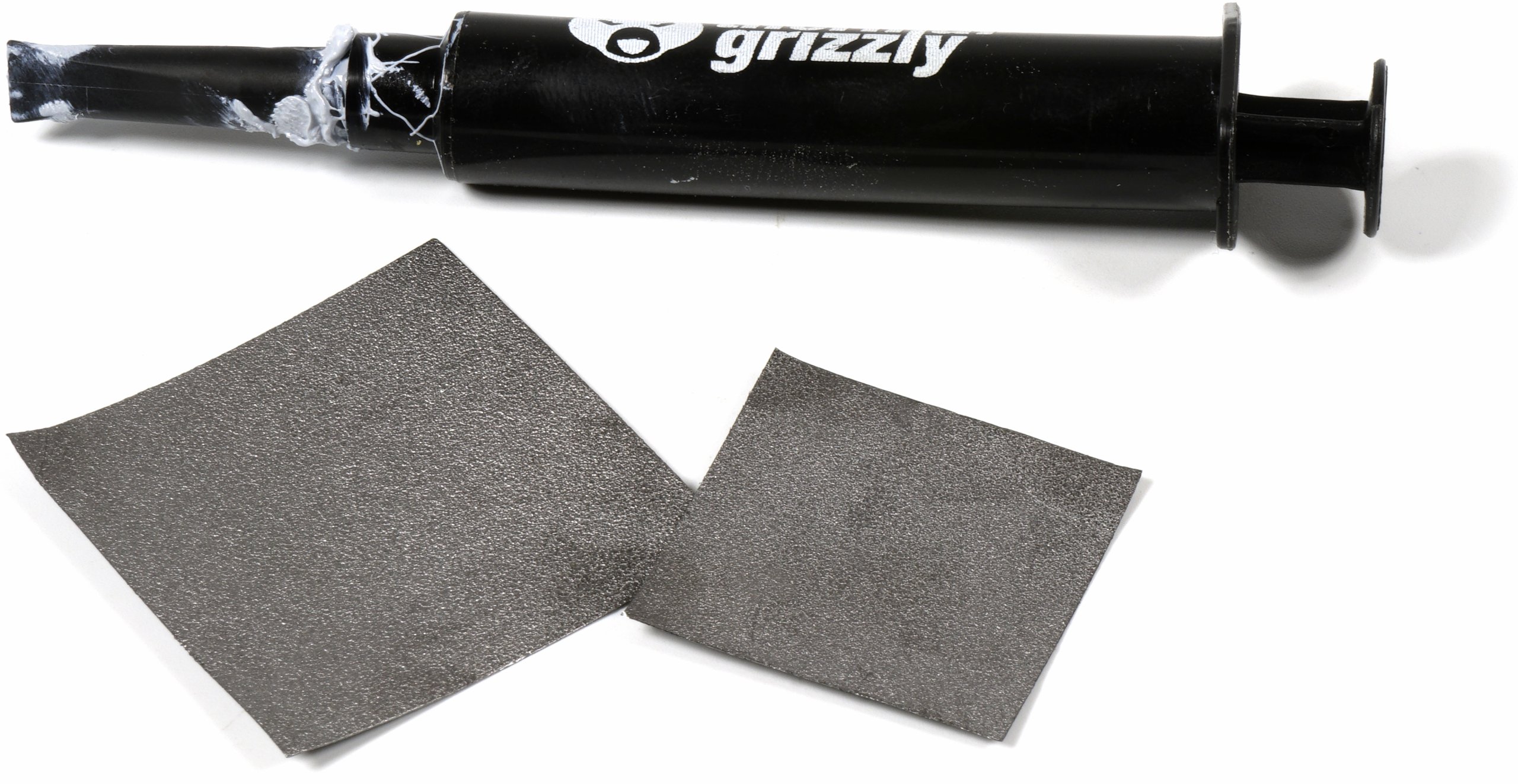 On the picture we first see an empty and as usual glued tube of thermal paste, because this is never completely trace-free with the paste. But what about the foil? Each of the foils has 15 inserts (approx. 50 measurements) behind you – screwed with different coolers on different CPUs. You can also see some darker spots at the corners, which are not finger marks, but represent impressions.

Here, the film shines a little stronger, because it is also smoother where the pressure was highest. The performance does this only a small break. The delta of the comparison values for the large pad was between the first and 15th. Measurement under three Kelvin. This is already above the measurement tolerance, but just acceptable. With fewer than five missions, nothing world-moving should be shown. The pads are therefore suitable for long-term use.

But the most important question, namely how well they perform in the end, does not answer all this. But that's exactly what I'm doing on the next page. So please fly over the test system quickly and then turn over quickly.

Nvidia GeForce RTX 2080 Ti and RTX 2080 unveiled – what turing really is all about
Data recovery made easy: EaseUs Data Recovery Wizard Professional. We are giving away 5 licenses of the brand new full version! | Update