First of all, I would like to thank some colleagues who really amazed me via Messenger and Tweet with this interesting piece of Twitter reading and which I would also like to share with you. Because one thing is also clear: cryptographic currency scams are almost as old as digital tokens themselves, but the most recent incident is still one for the history books. According to preliminary reports, the Twitter accounts of numerous celebrities and also crypto stock exchanges have been hacked.

For example, the following message was displayed is displayed on the official Twitter accounts of @bitcoin, @ripple, @coindesk, @coinbase and @binance:

We have partnered with CryptoForHealth and are giving back 5000 BTC to the community."

"I feel generous with Covid-19. I will double every payment sent to my BTC address for the next hour. Good luck and stay safe out there!"

The tweet also contained a Bitcoin address. The message was deleted after a short time and later replaced with a similar message. Among the accounts taken over were Apple and Uber in the USA, Amazon founder Jeff Bezos, ex-US president Barack Obama, ex-vice president Joe Biden, musician Kanye West and many others. Within 30 minutes, Bitcoins to the value of 1,000 US dollars (around 870 euros) were to be transferred via link and the sum of the deposited crypto currency was to be doubled and returned to the sender.

By the way, the scam with the crypto currency seems to have been quite successful, since at least one linked wallet received 11 Bitcoins with a total value of over 100,000 US dollars. And it is also not the first time that such scams have been successful, at least in part, good faith and greedy people are unfortunately always to be found. Nonetheless, today's hack points to serious security vulnerabilities, as hackers were able to take over their victims' Twitter accounts in their entirety and even managed to change the email addresses associated with these accounts to make it harder for owners to regain full access.

In addition, Twitter itself appears to have been hacked, which proves the severity of this attack, although the extent of this penetration is still unclear. The founder of Tron, Justin Sun, has meanwhile announced a bounty of $1 million for the identification of the hackers:

TRON Founder & CEO of @BitTorrent, Justin Sun is putting out a Bounty for the hackers in the amount of $1 million.
He will personally pay those who successfully track down, and provide evidence for bringing to justice, the hackers/people behind this hack affecting our community.

The current account balance shows that all this seems to have been worthwhile so far: 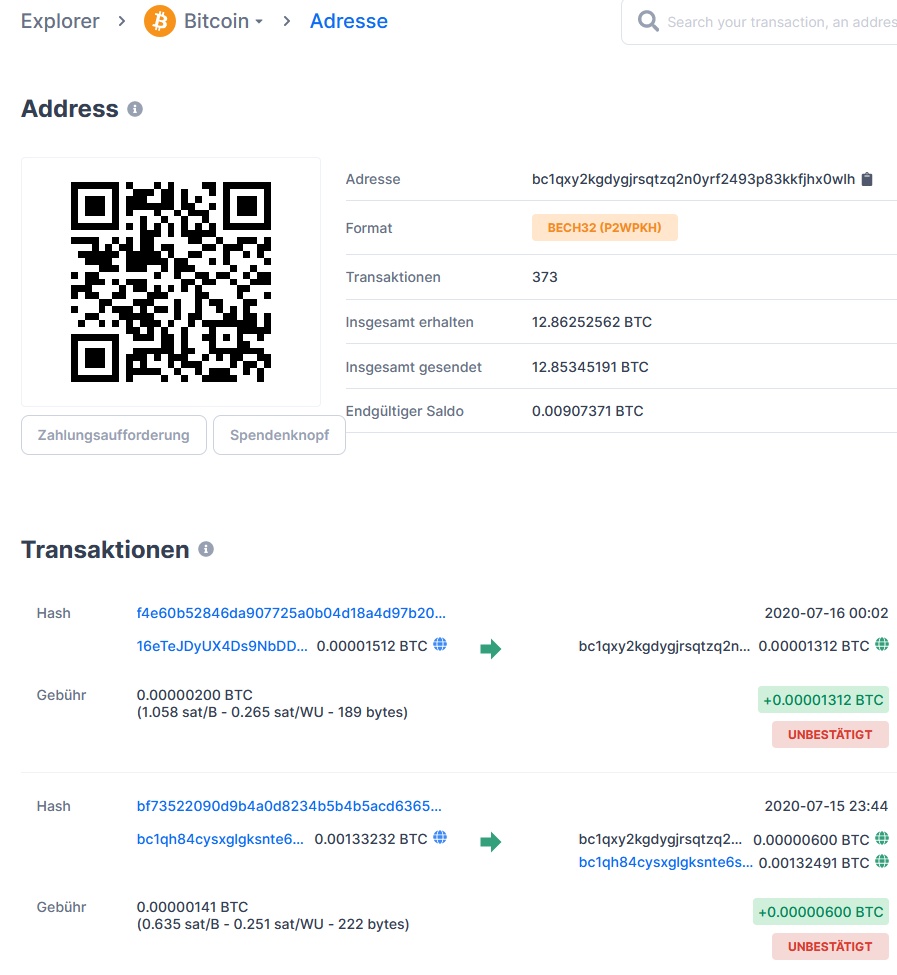