The criticism of own articles like “How much watts can an A320 motherboard really handle in practice and which CPU should be used maximally?” is quite justified, because in the end the reader wants to know what really works and not what doesn’t work. And that’s exactly why I’m combining three contents into one story today, because it’s probably the only way to reflect the practice and the everyday life of the customer.

The thought behind the article: Reality meets curiosity, laboratory and three motherboards

Above all, the combination of the components is important for the real practical relevance and so I decided on the one hand for an AMD Ryzen 7 3700X and on the other hand for a substructure that stands in a suitable relation to it. The greatest interest was in the class above the absolute beginner boards, so I set myself a target of 200 Euro. Among the three best-selling X570 motherboards in this class are the Asus TUF Gaming X570-Plus from 210 Euro, the Gigabyte X570 Aorus Elite from 199 Euro and the MSI MPG X570 Gaming Edge WIFI with prices from 198 Euro, depending on the shop. 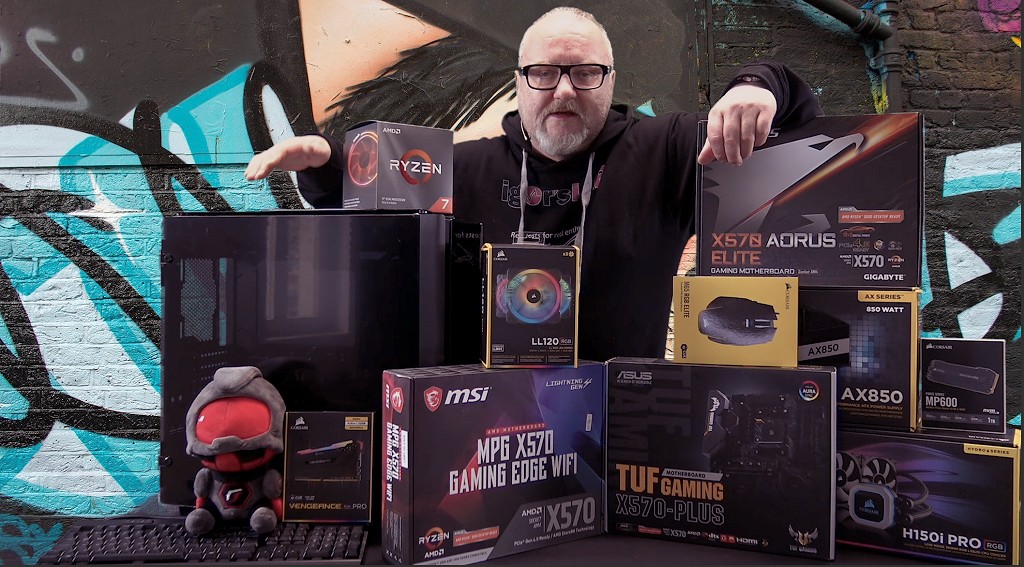 On the one hand I want to know what I really get from all three manufacturers for 200 Euro, on the other hand I have of course the certain videos in my head, where hardware is kicked with pleasure with thick CPUs. And so today’s test will of course contain the thermal measurements here in the test lab, but at the same time also check the usability and above all use a real-world setup and industrial grade equipment and not an “Open Benchtable” including uncalibrated infrared tools. just want to know in the end what the normal user really expects in the maximum load situation and not what could happen if you prepared your hardware beforehand in such a way that something simply has to happen. Meaningless, but entertaining, I admit.

The benefit for you this time: I’ll just take you to my “holy halls” and show you some pictures from inside the lab that you haven’t seen before. Since I also record videos in parallel (multi-tasking reviewer, haha), some of the pictures are taken from the clips, which explains the lower resolution. But since it’s about the content as such and not about the vanities, please allow me to do so. Instead, I’ll show you the methodology and the structures to be able to properly justify the achieved results. Everybody can hold a camera on it. But you have to be able to understand how such a situation and measurement came about.

In addition to acceptable temperatures, I also demand that all three motherboard test candidates work “out-of-the-box” without complaint, that the BIOS can be flashed in a user-friendly way, and that I get a full set of four 8 GB DDR4 3600 modules from Corsair, which still function stable even under real loads. In addition, there is also the use of a suitable NVMe SSD, which should be used in the first M.2 slot above the graphics card and supports PCIe gen. 4. In addition, I check the onboard sound and measure the output power and voltage values at different impedances both on the socket on the I/O shield and on the HD audio of the front panel. There are big differences, which no other review will notice, but honestly it really should.

We can see that the features are very different and the deviating details can be very interesting. While Asus wants to score with the best voltage regulators, MSI offers the most extensive connectivity and as the only provider also WLAN and Bluetooth. But only Gigabyte has the internal USB 3.1 type C header on offer, which you should definitely consider when choosing the case. What use is one of the front USB type C without internal connection on the motherboard? Nothing! And without a diagnostic LED the assembly becomes a blind flight with a little bad luck.

So it is always solely up to the requirements and wishes of the user, which features and connections he needs for his system in connection with all planned components and once again you really have to think about what you should and must expect for your money. It would of course be helpful to know at this point whether the selection you make will also work thermally and acoustically as well as in terms of user-friendliness. At this point, however, I had to (unintentionally) make a cut… 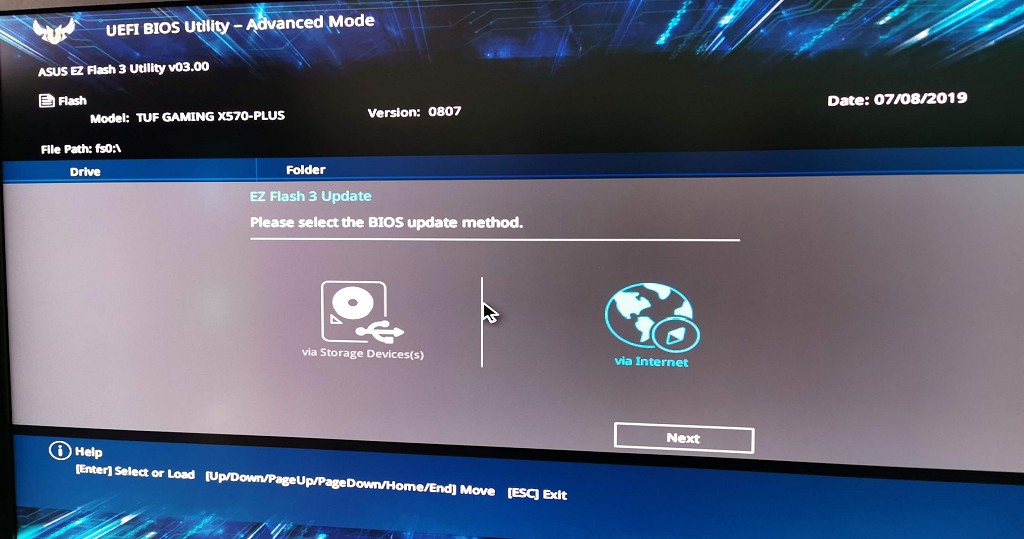 None of the three boards came into the lab with a current BIOS, which is not surprising because of the countless AGESA versions of the last weeks. But you should at least expect the hardware to work. The MSI MPG X570 Gaming Edge WIFI and the Gigabyte X570 Aorus Elite also ran with all four built-in 8GB modules, even with the deposited A-XMP profile as DDR4 3600. The Asus TUF Gaming X570-Plus generally only started with two modules, even as DDR4 2133 in the fallback. More than DDR4 3200 with 2 modules didn’t work and not all CPUs were recognized. So a Ryzen 5 2400G failed completely, the CPU was not recognized at all.

Flashing to a new BIOS on all three boards is easy and uncomplicated via BIOS. In all three cases I downloaded the BIOS file from the manufacturer and unpacked it. The possibility of the TUF from Asus to do this over the internet didn’t work despite the active Ethernet. So I also used the file from the homepage to update from version 807 to 1201 (ABBA). If the board was already unstable with the Ryzen 7 3700X and only liked the Ryzen 7 2700X with higher memory clock rates, the board was unusable after the flash to the current BIOS.

Unfortunately it couldn’t be flashed back, because if you got into the BIOS with good luck and old Ryzen, the flash utility wasn’t started anymore. The “Crash-Free” function didn’t work either, because actually nothing was crashed. For this reason I contacted Asus and asked for a statement and replacement. The fact that possibly defective hardware is sent is annoying and should not occur in this form. In this case, the normal customer is at a disadvantage and must first push the time-consuming RMA. Here the quality control should actually take effect, but does not have it.

Update from 25.10.2019: Meanwhile I managed to find a workaround for the UEFI startup problem by using a non-UEFI card at the first start after a BIOS flash and then installing the GeForce RTX 2080 Super again. The exact steps and my night shift are shown in the following video (German, sorry, but self-explanatory):

What we need is a test in a completely normal PC!

That’s it! And so I connect the deep grab into the Corsair shelf with the hope that the whole thing will also work at the end right away. This is almost impossible in times of 1001 RGB standards and the usual proprietary plug and controller madness across all manufacturers, which is why I have simply the focus at only one single supplier. Of course I know that manufacturers deliberately use such specialized “infrastructures” to boost the purchase of their own products. But I can’t change it either. 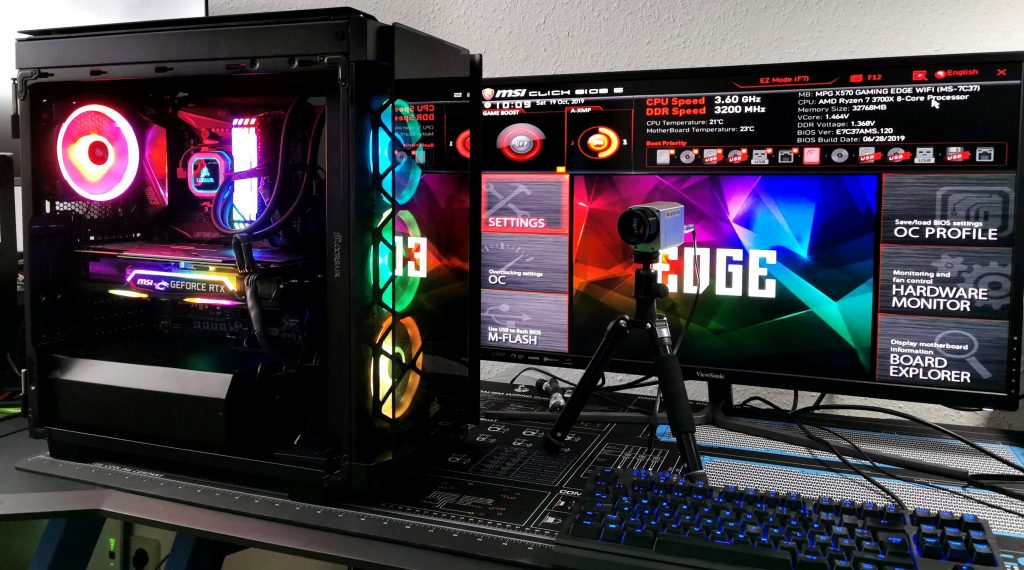 And yet it wasn’t just the pure plug convenience that drove me into Corsair’s arms, because the manufacturer is a full-range supplier where you get everything from the case to the power supply and cooling to the SSD and memory, matching each other and compatible with illuminants. We don’t look closer at the pharmacy prices, because everything worked right away. Unpayable! And that’s exactly what I couldn’t say about one of the three motherboards. In detail I used the following components from the Corsair assortment:

The three LL120 RGB fans match the radiator and run at about 850 rpm in the setup, the RGB configuration of the total of four fans (including the rear LL120) runs via the integrated Commander, which can in turn be controlled via software (iCue). In addition there is the pump of the H150i Pro RGB AiO and the RGB-RAM, which is already a medium orgasm for light freaks. Since Corsair doesn’t produce any graphics cards, I plug in a MSI GeForce RTX 2080 Super Gaming X Trio with a proper LED planking to match the setup, because I also want to make the case temperatures inside as real as possible. 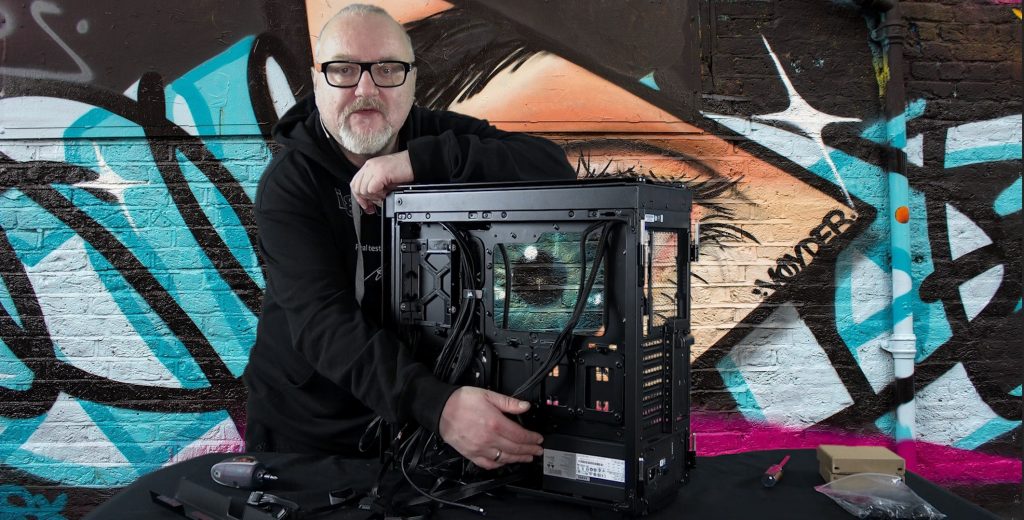 In the end, this results in a pretty good mix of components that easily release 400 watts of power loss to the air inside. This in turn is certainly more practical than all the unscrewed VRM coolers in the world. And if someone misses the video – I’ll complete it after testing the Asus motherboard. Nevertheless, the test today is already online with only two test candidates, because the basic statement doesn’t change at first. I can spoil that already at this point with a clear conscience. The update will be done later, because there are now some graphics cards on the shelf of good deeds. They come first.

AMDs BIOS castling of the Radeon RX 5600 XT and the consequences for consumers and board partners: BIOS tangle, cooler differences and some crashes