For those who don't know yet: AMD's Radeon ProRender is AMD's physical-based rendering engine with free plug-ins for popular digital content creation applications such as Autodesk 3ds Max and Maya, Blender and Dassault Syst'me solidWORKS, and Creo. Radeon ProRender has been given some important new features ahead of Siggraph 2018 in Vancouver, AMD is also announcing updates to its integration into Maxon Cinema 4D and Foundry's Modo, as well as releasing new plugins for PTC Creo and Pixar's USD Viewport.

The focus is on making things like content creation easier and faster. Already at the beginning of 2018, the plug-ins for 3ds Max, Maya and Blender have already been updated with an improved Uber shader for better, physically based rendering workflows and this shader is now further developed in the latest plug-in versions Been. The improved Uber shader now supports diffuse backscattering, provides easier caustics and improved display of shiny surfaces (e.g. paint) 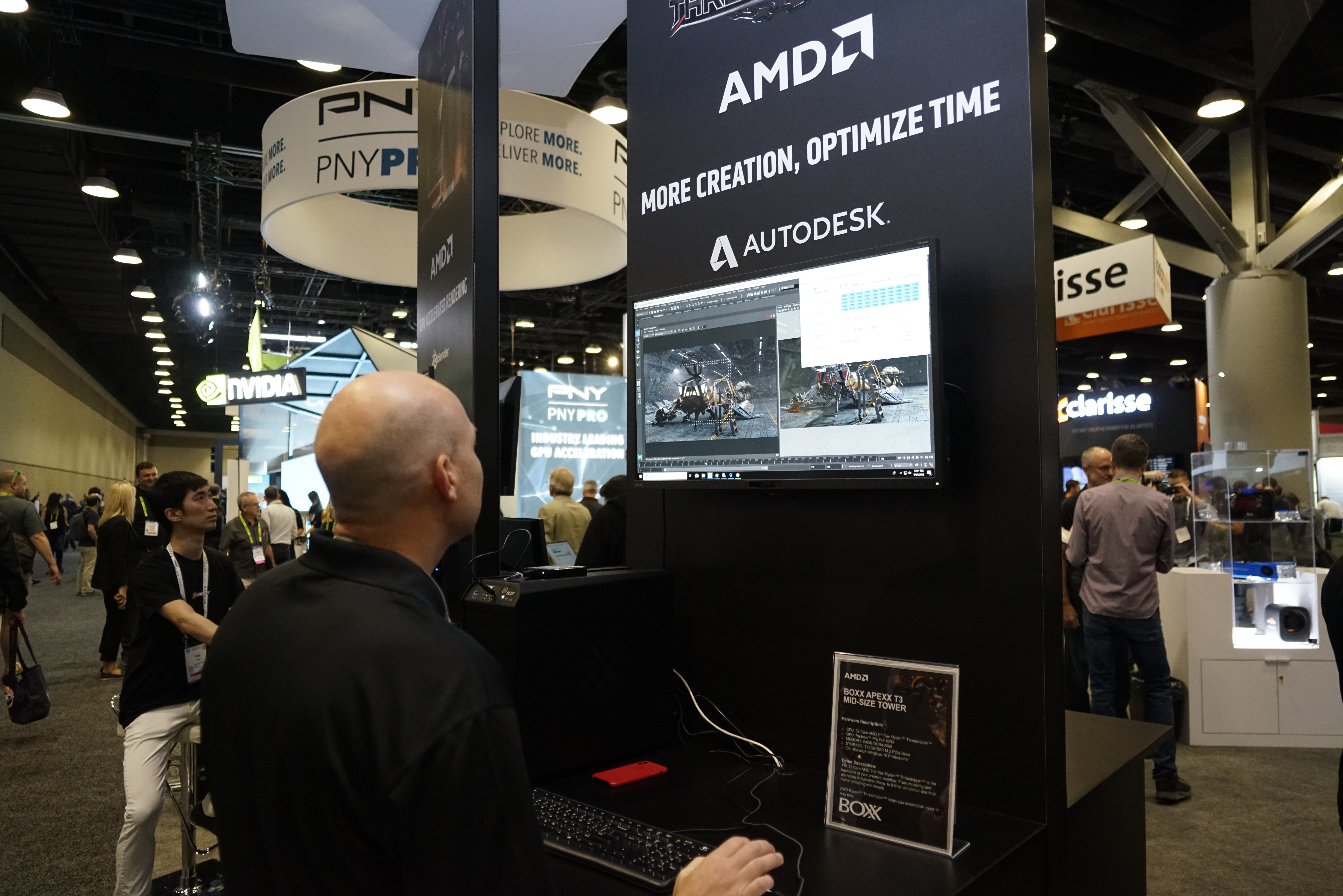 In addition, an Ambient Occlusion Node has been added for improved procedural texture workflows, e.g. to make textures look really dirty. Camera Motion Blur has been added to accurately play a moving camera when rendering animations. The implementation in other standard applications and extensions was also presented. 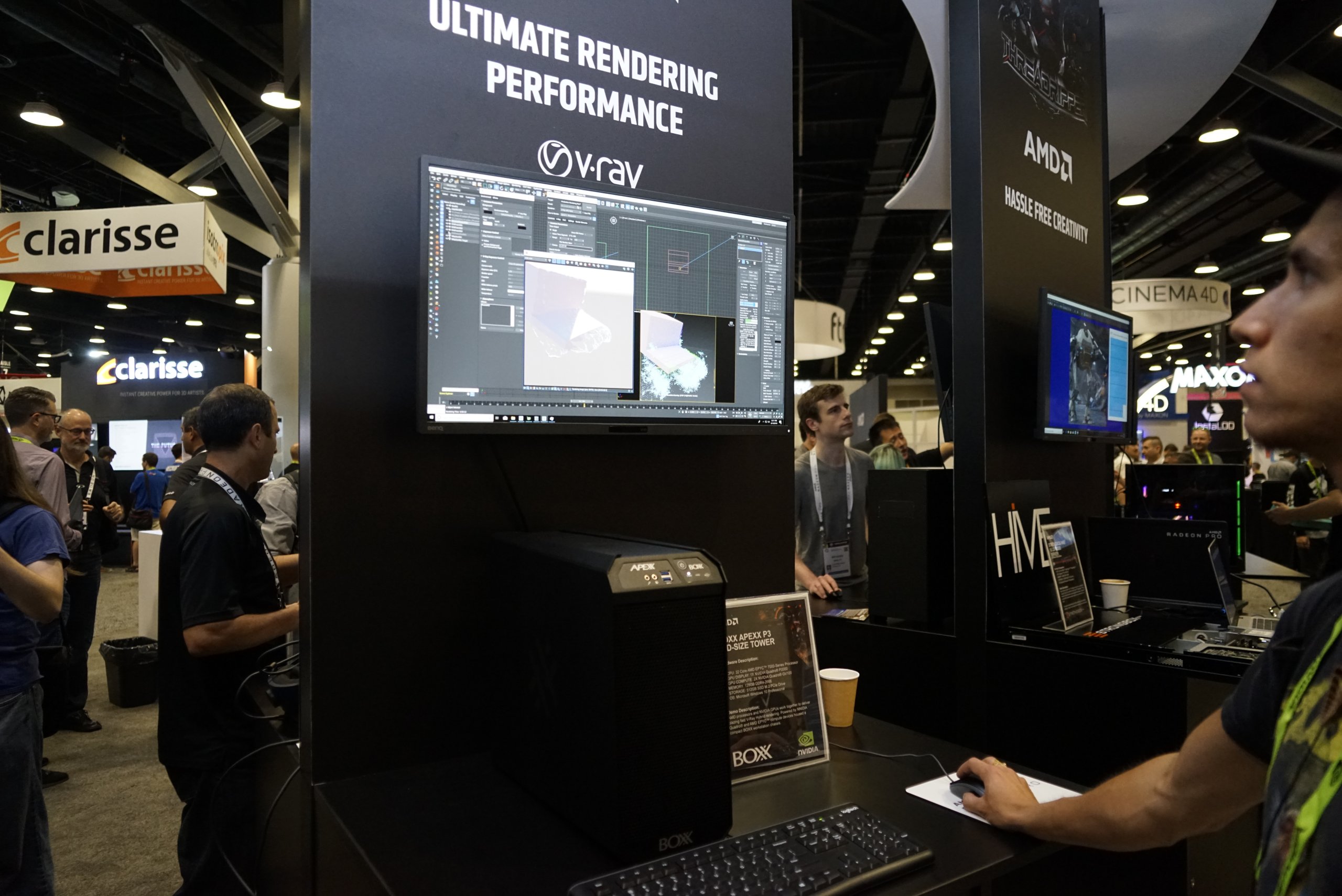 Adaptive Subdivision, previously only available in the Blender plug-in, has now been added to the 3ds Max and Maya plugins, allowing artists to render complex shapes from simple networks. Even Photoshop has been thought of, so that ProRender can be addressed directly as a render plugin in suitable workloads. 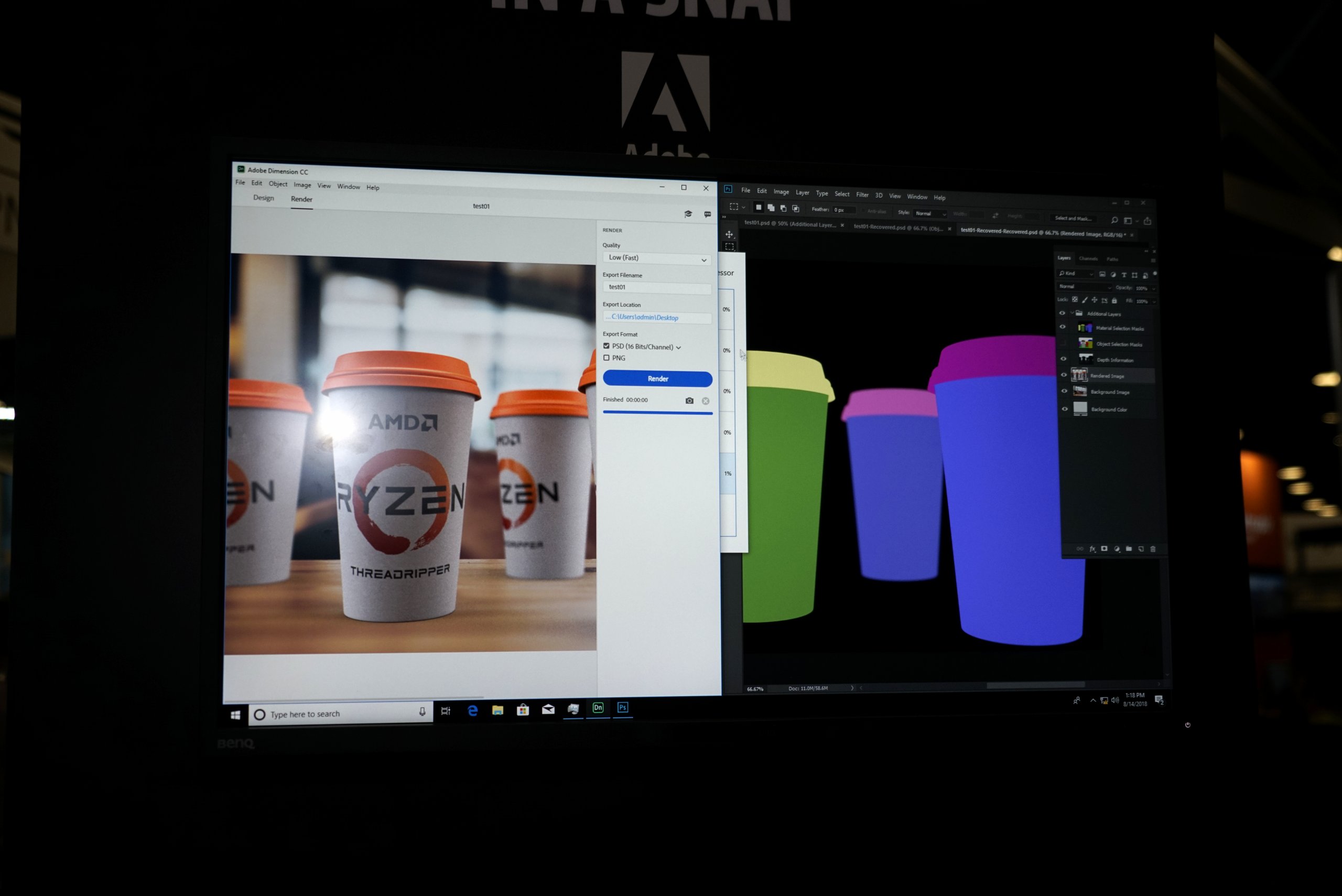 Finally, optimizations for export in all three plug-ins speed up special multi-app workflows when working with large and complex scenes. That plug-in for 3ds Max has been updated to also support 3ds Max 2019. In the image below you can see how ProRender is integrated into Unreal to render the 3D real-time views easily and finally on AMD hardware if desired. 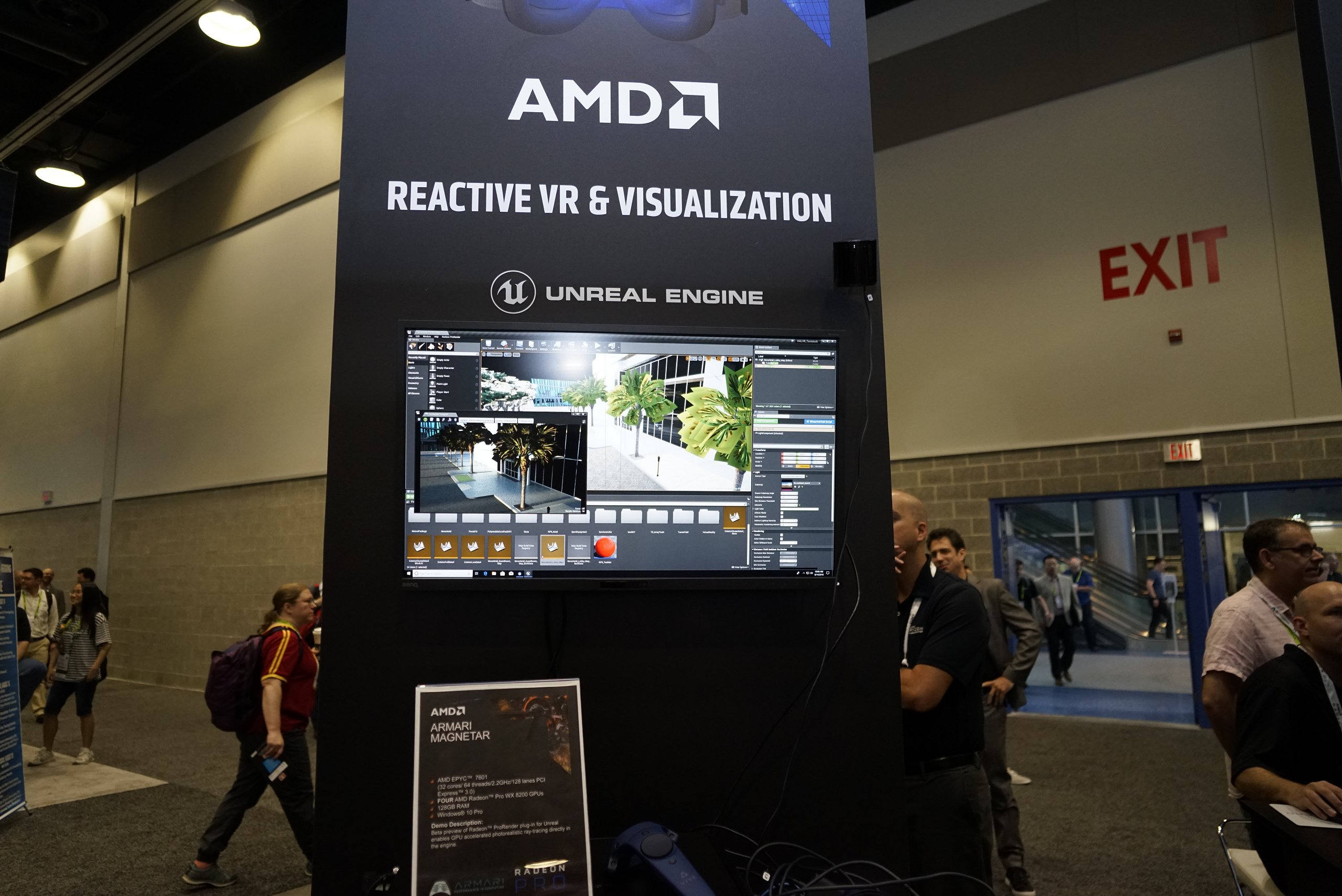 New technology for the new approach

AMD brought not only new software to the Siggraph, but also partner hardware, which met with quite a lot of interest. The small APEXX T3 Midi Tower offers everything you need for a quite potent workstation. Together with the Threadripper 2990WX, one of the new Radeon Pro WX8200 is working on the PC, which also keeps the true target group of this CPU in focus: serious content producers and not any gamers looking for the biggest and longest. 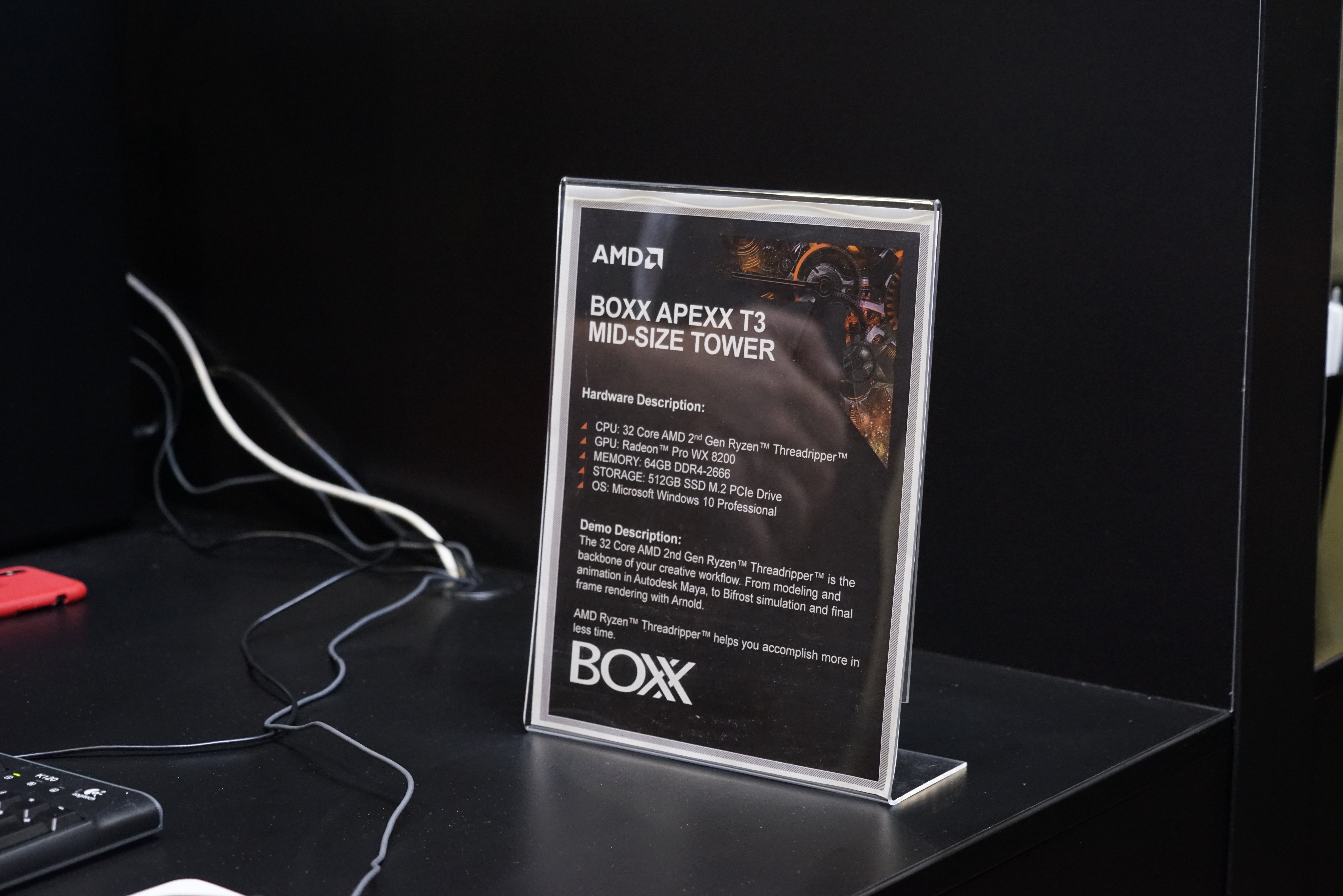 Armari goes one step further with the Magnetar. What at first glance looks like a normal PC quickly turns out to be a hybrid of server and GPU box. Four Radeon Pro WX8200 sit on a special server board with Epyc CPU and 128 GB of RAM. 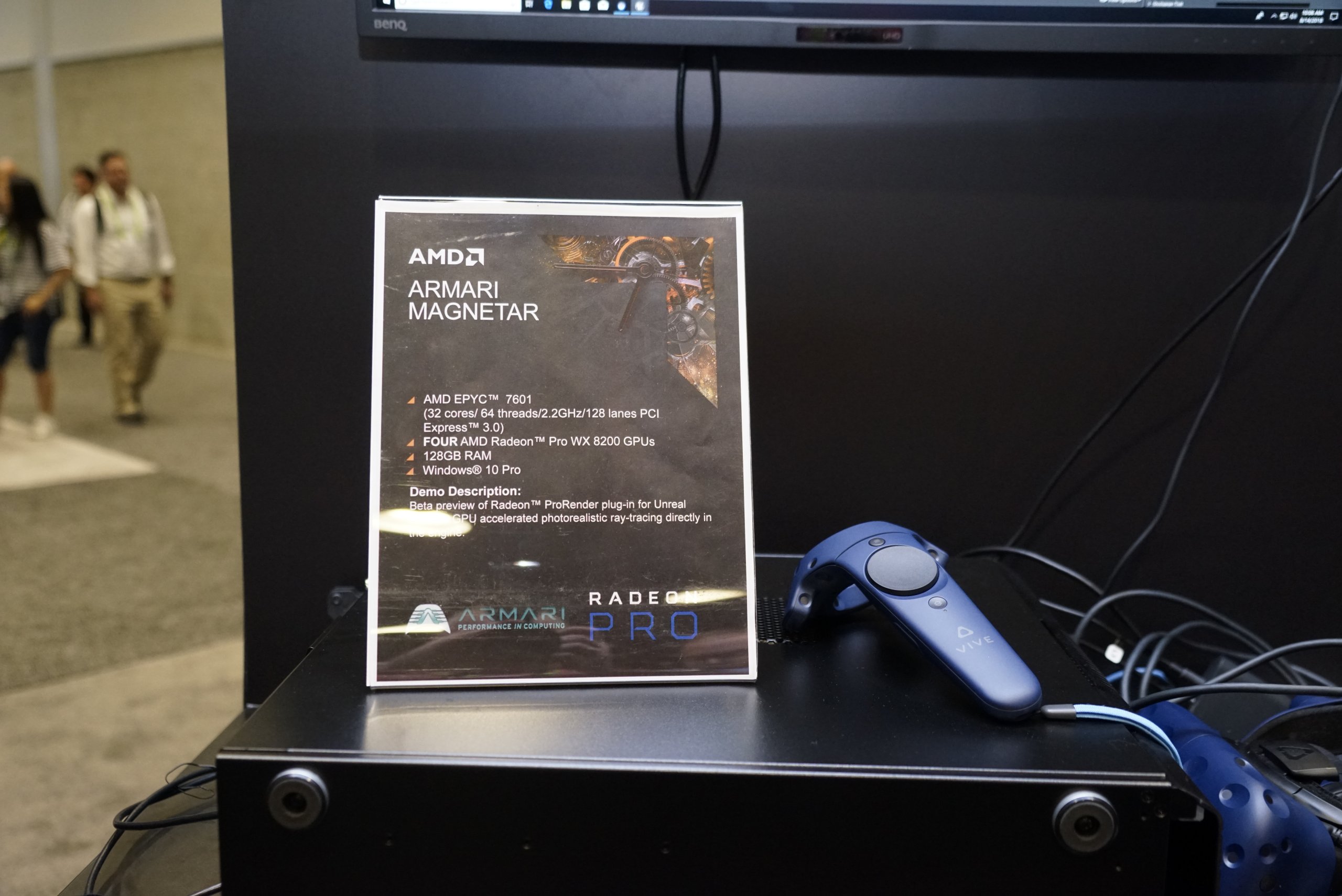 There are hardly any wishes left open and no eyes dry, especially since the good piece comes along really compact. Only that with the hot exhaust air should be considered well in terms of installation. A place under the table certainly makes more sense. Even in winter for the feet. 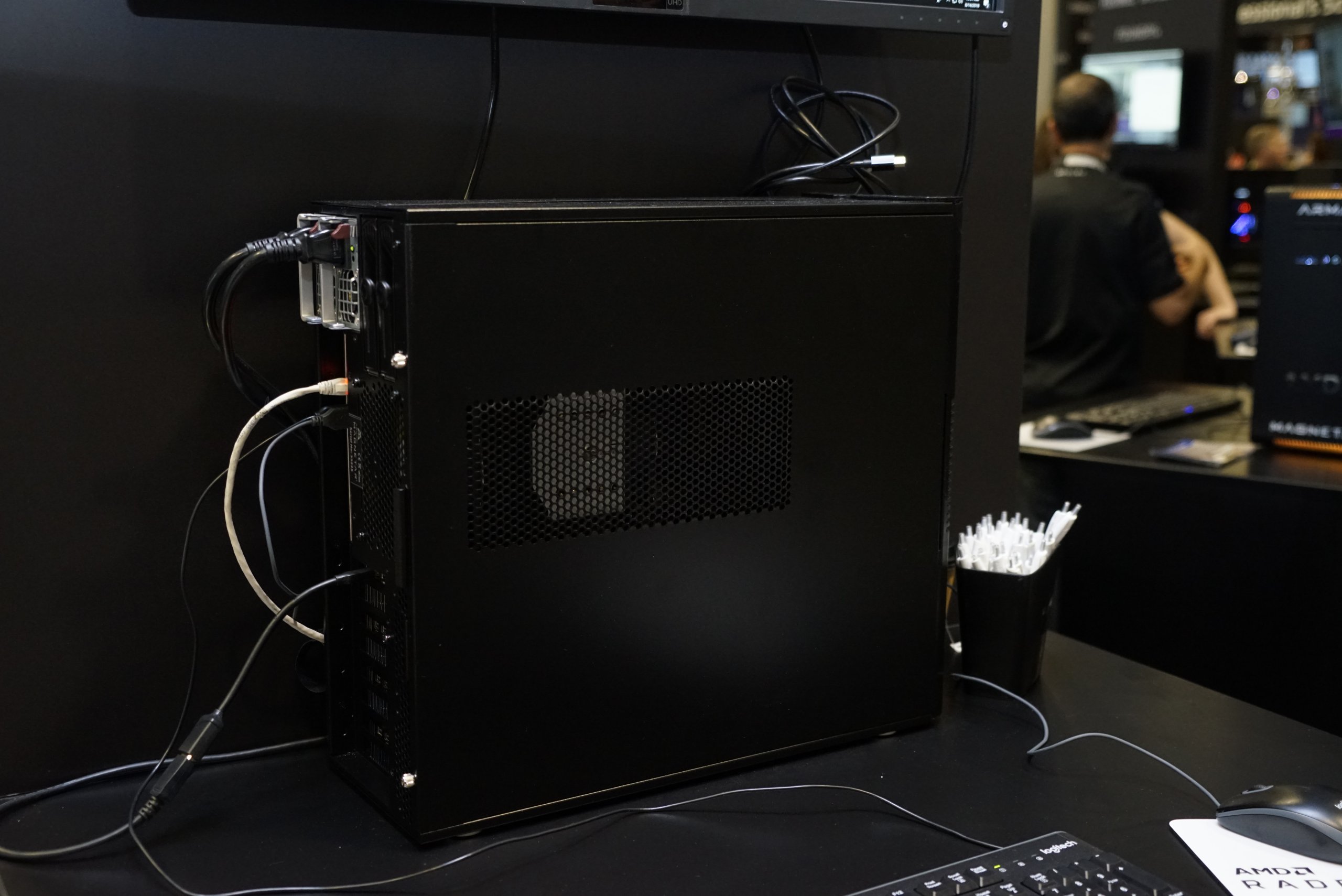 AMD and CUDA? It works quite, if only huckepack as an essay

EGPU is AMD's flight forward and the approach is actually quite smart. You use a laptop with Intel CPU and a graphics solution from Nvidia to allow CUDA to run in different environments and do what the user expects. However, since the ray tracing performance of such notebooks is more than limited, the ProRender plugin actually provides a free interface to a stationary solution for most standard applications and simply calls it EGPU rendering. 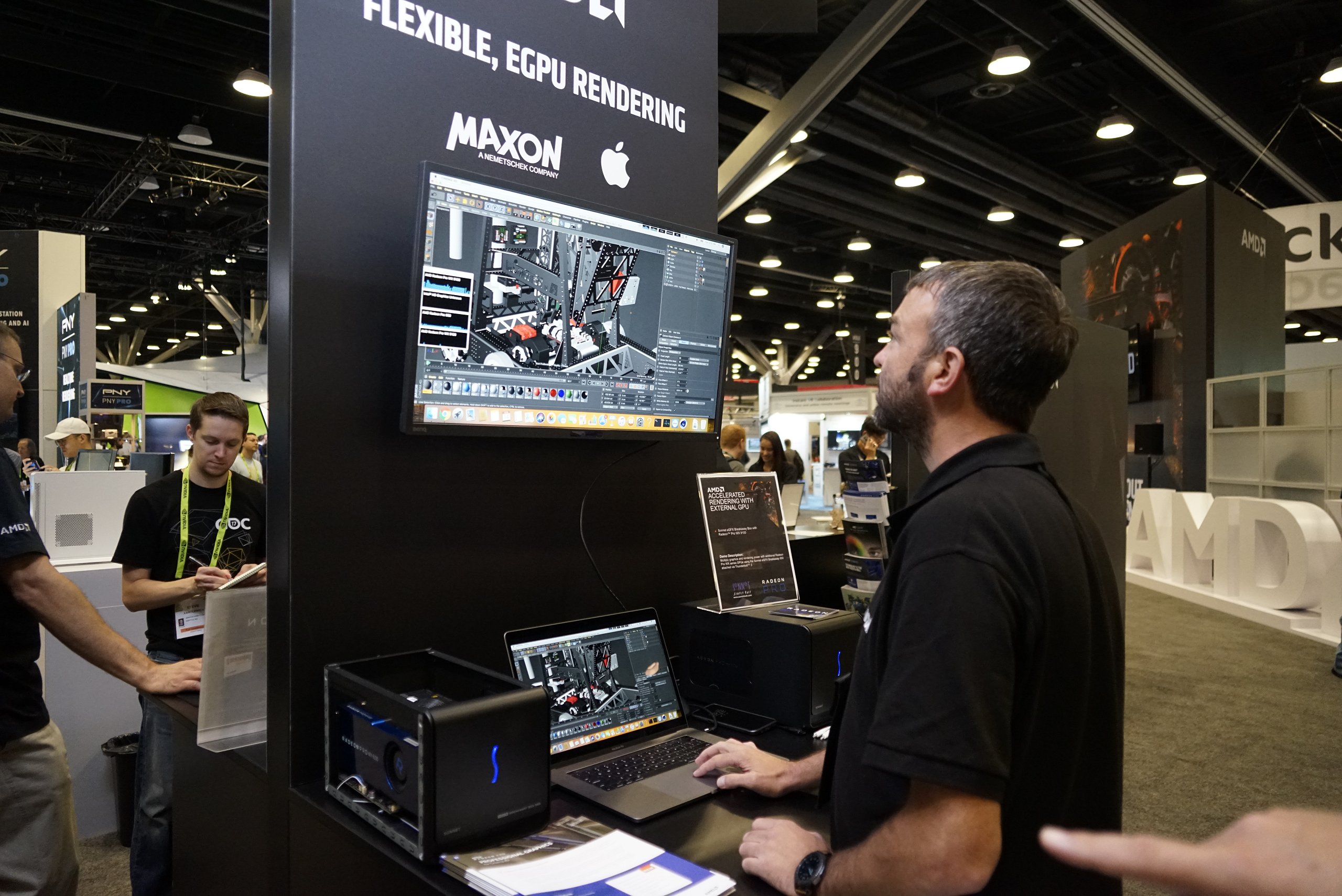 With a Ryzen PC and a Radeon WX8200 or WX9100, it is quite convenient and time-saving to use if you connect the laptop to the mobile technology. This provides a real boost in many areas and is even relatively cheap to purchase. 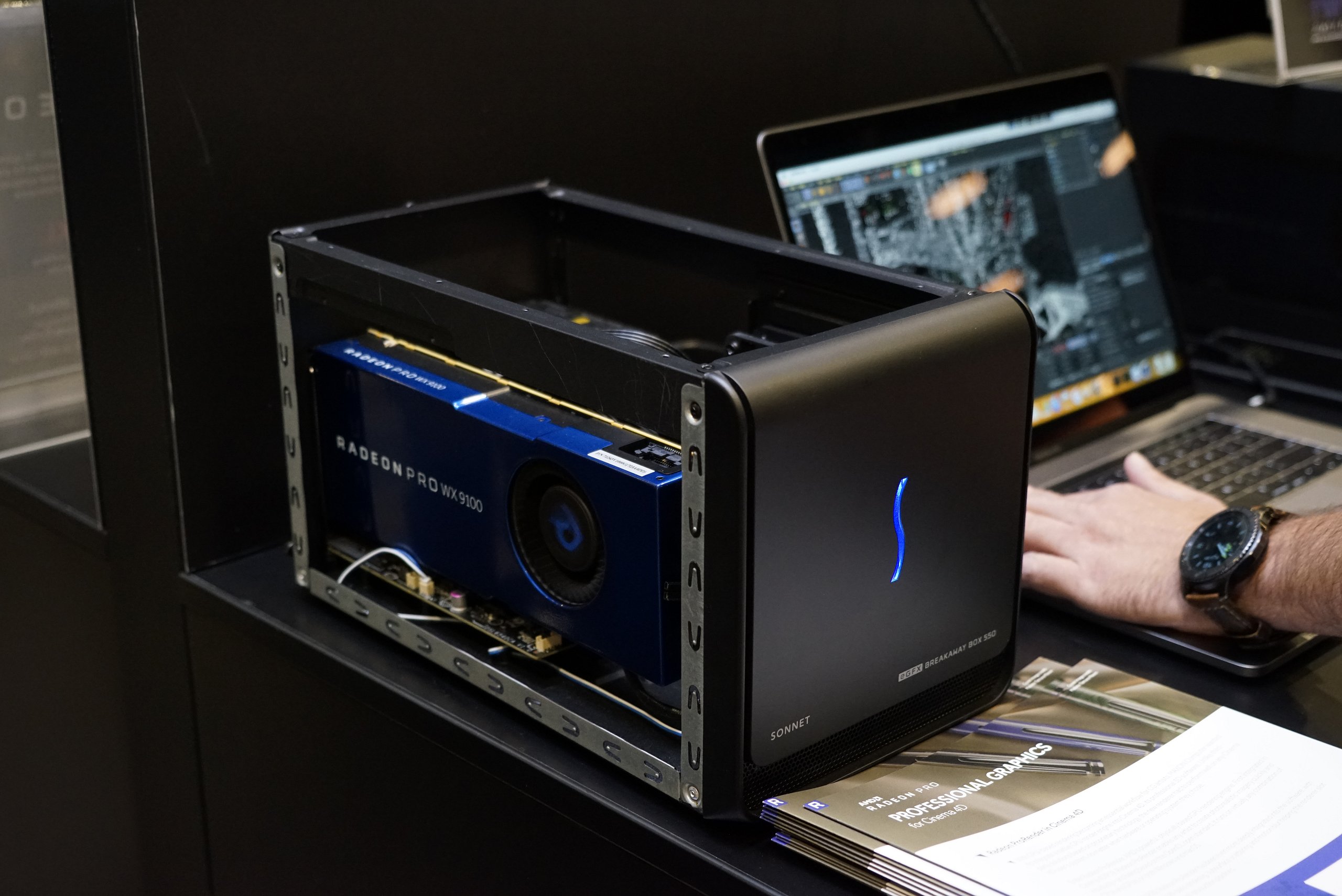 Work and control remotely? Rack with Threadripper and Radeon Pro.

Of course, it is also a number bigger and even remote controlled. The rack in the server room offers everything you need to work smartly. Even more complex tasks are simply outsourced spatially and it can and may be combined what is liked and needed. The components are also interesting, because the provider relies on Ryzen Threadripper 2990WX and a Radeon Pro WX8200, as well as relatively low RAM modules from Corsair. 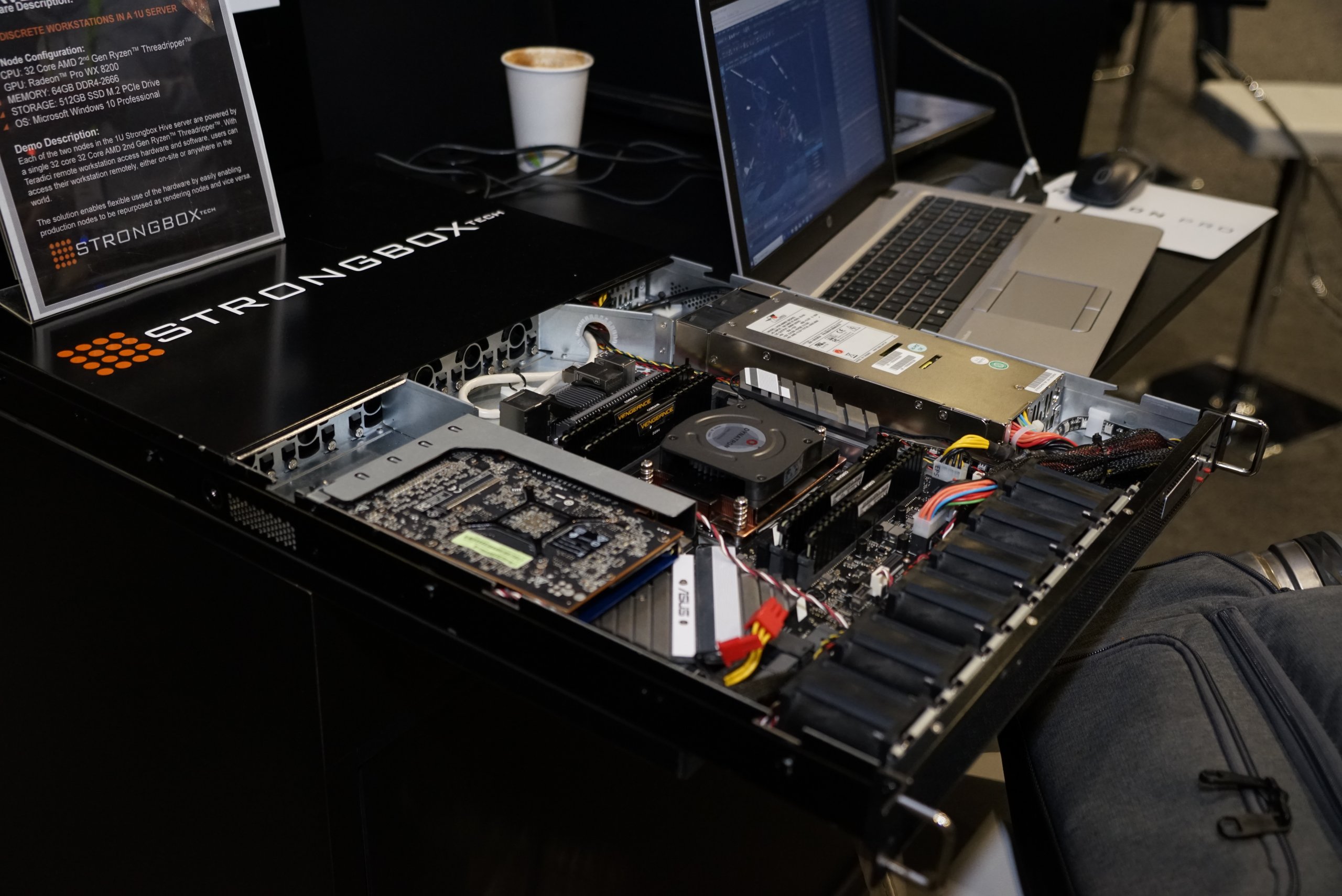 AMD's strategy isn't even that stupid, because in the end, not everyone will be able or want to afford the new, hot RTX world. The approach of extending existing infrastructures without risk by means of free plugins, pushing features and bringing your own hardware right through the back door, without disturbing the ongoing operation or Soft and hardware need to be exchanged, is reasonably cleverly chosen. Especially since you can't help but position yourself as a cost-effective alternative.

With a bit of luck and skilful marketing, this can even be done quite well, because no one is too slow to reorder existing structures, like the industry – if you do not mention the very big players, who also usually get preferential conditions. In medium-sized and smaller companies, on the other hand, the pointed pen rules in the respective accounts.

In the end, you can't just dismiss the whole thing as a niche, because even the evasion to the broad masses can still yield good profits. You just have to offer the right arguments. 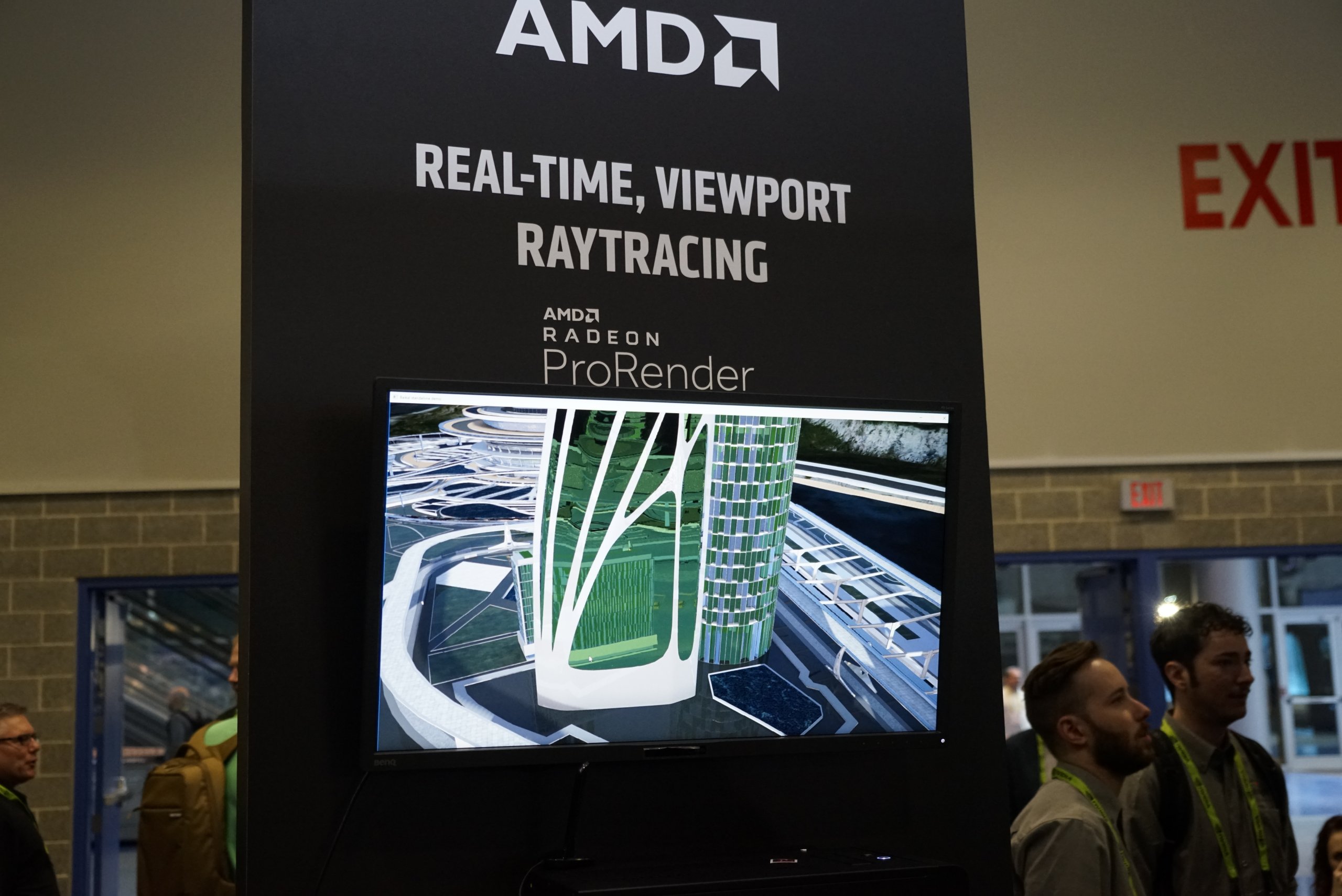 If you want and use programs like Blender, 3ds Max, Maya, Solidworks, Creo or the Unreal Engine, you can experiment with the ProRender plugin yourself. The download is free, but not guaranteed for nothing:

Major fire at the MSI factory in Kunshan (China) – are products running short?

NVIDIA’s tooltip of the day – Today at 3:00 p.m. we have an exclusive thing that could change things!

Arctic Alpine AM4 Passive in Test – Physics vs. Dream of a quiet (but fast) PC 1:0
Quadro RTX with Turing – what was not said in the live event and more pictures | Siggraph 2018