Endless Roundup and Depth Testing Many will of course wonder why we made the roundup for the Radeon RX480 only now, or why we did the roundup for the Radeon RX480. have begun. But firstly, we have fundamentally changed the division of labour within the editorial office, as well as new... Apart from the fact that AMD appears at the front in the alphabetically sorted order, we also deliberately put the reference map of the Radeon RX480 first. Although these cards always have to fight with their reputation, worse than Boardp... Better to be really big and just do nothing wrong! The Asus RX480 Strix is not only an impressive visual appearance with three fans, but also a very successful compromise of reason and performance. Why we use this as an introduction to... Noun est Omen? With the Roaring Turbo, HIS performs well at GPU clock speed, but the fans will certainly get a lot to do. In the end, the fearful question remains whether the roaring is now based on performance, noise or ... MsI relies on tried-and-tested radiator technology for the RX480 Gaming X 8G and remains reasonably true to itself. With the clock, the predetermined 1303 MHz sets the boost to a good, but not the highest possible factory overclocking. Additionally... One thing you have to leave Powercolor: you are often pleasantly surprised. Instead of smashing the last spark of efficiency out of the Polaris 10 card, like many others, the Red-Devil has really found a really successful compromise, the Ell... The Sapphire RX480 Nitro+ was one of the first cards to be available relatively shortly after launch, albeit initially in fairly manageable quantities. Compared to the simpler (and slightly newer) Nitro, it also offers a wide-world... With the XFX RX480 GTR Black Edition (BE) we are now testing a card that is almost identical to the HIS RX480 IceQ X2 Roaring Turbo. The biggest difference is in the radiator cover and the installed fans, as well as a slightly different firmware. mal... Introduction We test all cards generally in closed housing and in completely warmed up condition to eliminate unfair differences in boost clock. In addition, all benchmarks generally run with six runs - the first of which is always... Power consumption First of all, we compare all graphics cards in direct comparison in a gallery in terms of power consumption in the main areas of gaming loop, stress test and idle, all of which are in exactly this order as balk... Summary In general, even after the test, exactly the same as we wrote in the introduction applies. Whoever buys a Radeon RX480 will certainly have its legitimate reasons for doing so. But while the differences between the individual...

Many will of course wonder why we made the roundup for the Radeon RX480 only now, or why we did the roundup for the Radeon RX480. have begun. But firstly, we fundamentally changed the division of labour within the editorial staff, as well as set new priorities, and secondly, this was rather less in our power, unfortunately the large number of samples was not at all at all, or at least only very limited together at first. Available. Moreover, since many of the samples were only exchanged in rotation between the editors, disassembly would not have been possible.

But better late than never and if we are quite honest: Graphics cards and their drivers (especially amD) need a certain maturity in order to be able to convey a really objective picture. Those who opt for AMD graphics cards, for whatever reason, are more likely to value a longer-term commitment or and rather less to maximum efficiency, which excludes much from the outset, which might become important at some point.

The original mother of all RX480 cards: the amD reference model

Those who change their cards more often and are willing to buy perhaps the most efficient card for the moment and naturally look less at the money, may not be happy with a Radeon RX480 as they did with a Radeon R9 390(X). But there are also signs and wonders happening, and many users of these older cars rub their eyes in amazement at current games when it comes to the performance of their card, while one hardly reads anything from a GeForce GTX 780 (Ti).

Which brings us directly to the subject. This roundup will definitely not list what separates or binds a Radeon RX480 from a GeForce GTX 1060. We're not going to fuel a feature battle where there can never be a real winner in the end, because the philosophies of both chipmakers are far too far apart for something like that. That's why we deliberately selected the performance benchmarks in such a way that there is something of everything, depending on the.

No, we want to question instead in detail and with many measurements, which really distinguishes the respective implementations of the Radeon RX480 manufacturer-specific and which buying arguments and hints for the correct and optimal product decision important. With the GPU clock rates, you can't do much differently as a manufacturer due to architecture, but when it come to interpret power limit, power supply and cooling.

It is important, however, that we have measured both in the open benchtable and in the closed system – with sometimes very different results! Practical results can therefore be expected here, but this is by no means a matter of course everywhere.

We will start with a total of five cards in the Roundup, but in a not too distant time we will add two more cards that are already in our lab. It is a pity, however, that Gigabyte has unfortunately withdrawn from the promise of a sample for this roundup. So it remains exciting, albeit with one card less! 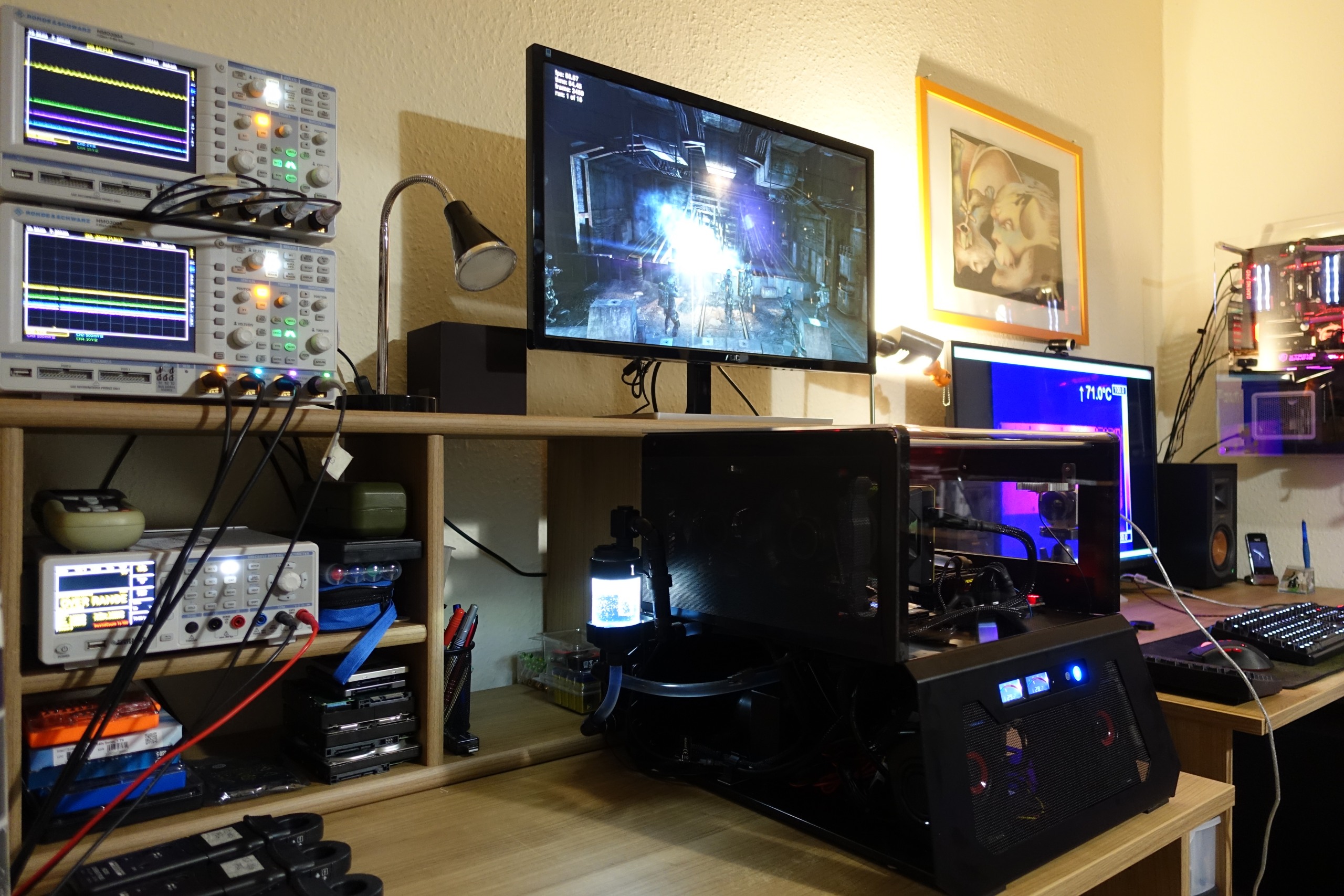