The question of what material the radiator is made of comes up again and again among the articles about AiO water coolers. And the answer is actually always: aluminum. Today I can finally give the answer that is secretly desired, because Alphacool combines here parts from the custom loop segment with the simplicity of an AiO. What makes the radiator special besides the copper advantage can be read in the following article:

A cardboard box in portrait format protects the complete water cooler on its way to us, which was printed all over in black. The front proudly presents the pump block, then the back shows fans and part of the radiator. Apart from the basic information about the compatible sockets, there is no further listing of specifications or features on the outside.

Additional protection inside the box provides a shell of dense cardboard, which encloses three sides. In addition, each part is bagged again individually. 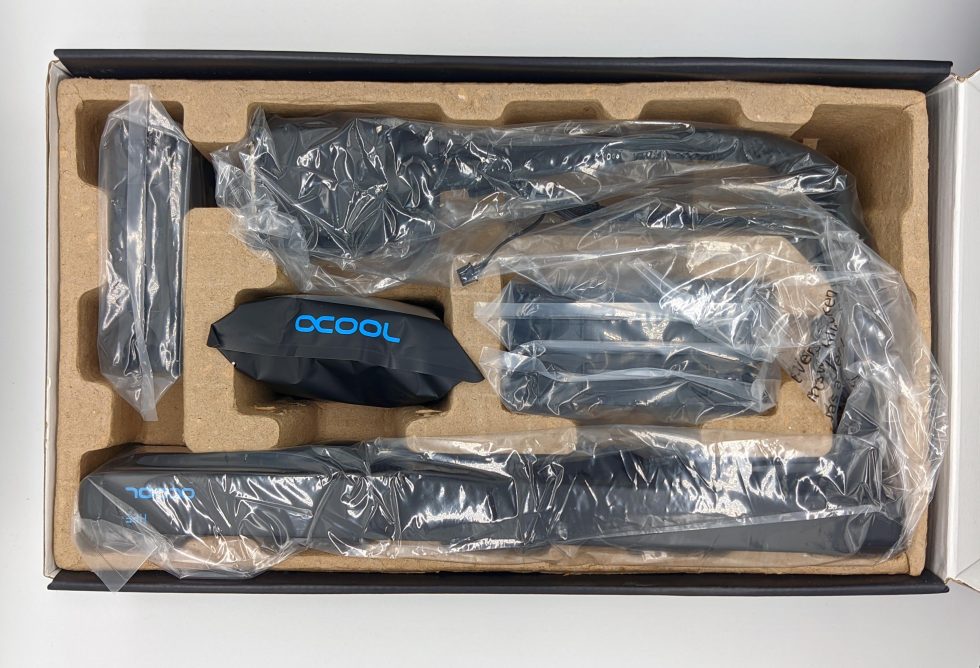 The accessories are quite lush and consist of many small parts. In addition to the mounting material for the different sockets, a manual ARGB controller, 3 fan splitters as well as a tube of “Subzero” thermal paste and the adapter for the proprietary RGB connector are also included. 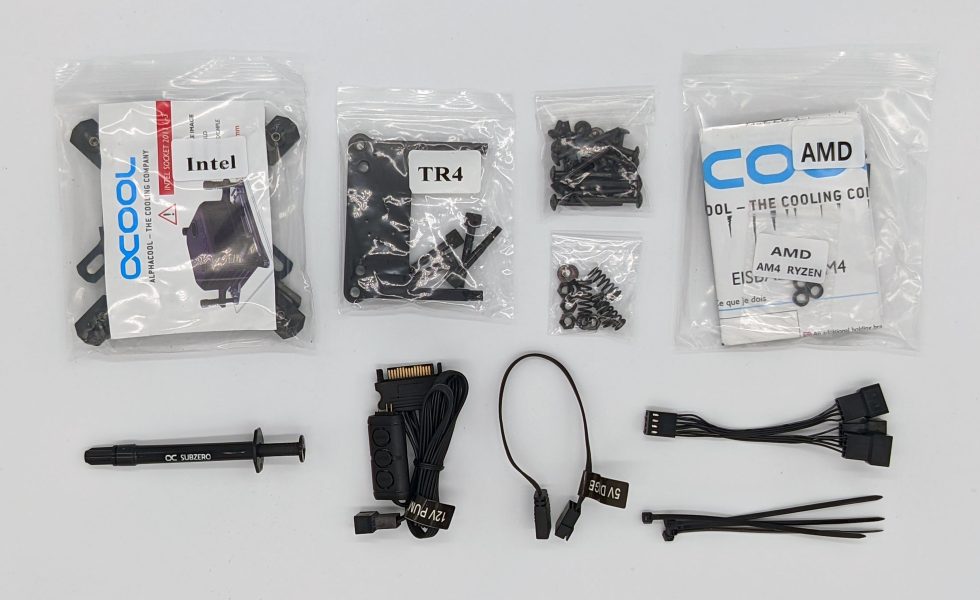 Having the necessary brackets and screws in separate bags each with labeling is a sensible idea with this many small parts to avoid chaos and a lot of searching.

For my AM4 socket used here, the backplate available from the motherboard is used again, but there are still some small parts to be handled. The following graphic  shows it quite well: 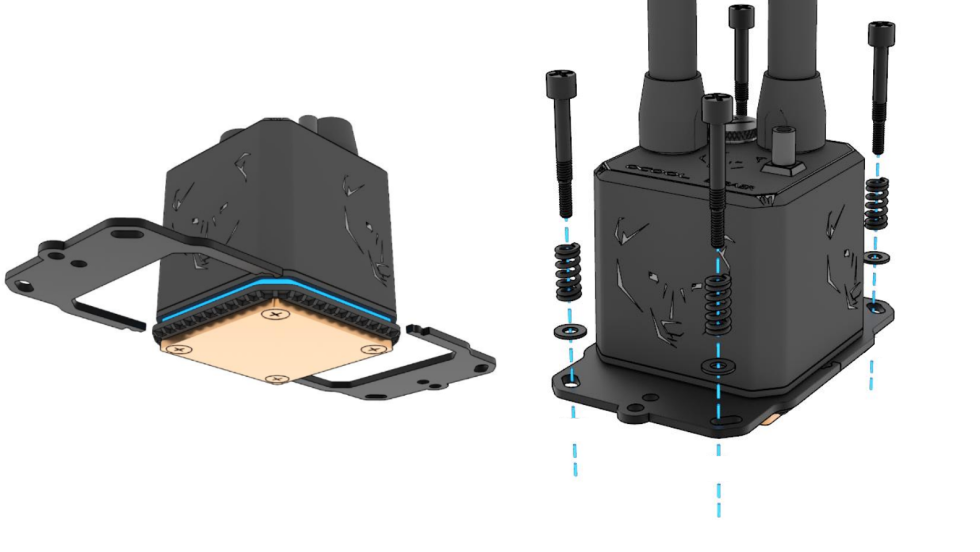 The two brackets pushed sideways into the pump block were quite stiff on me, pushing the teeth into each other was only possible with great force. After everything is prepared, only the four screws need to be tightened crosswise. There is also a small point of criticism in the form of the cable tie, which fits tightly to the pump’s cables. Fingertip feeling and a small pair of pliers or scissors are required here, otherwise the cable is quickly cut.

The included tube of thermal paste is not as full as I would have expected due to its size. Compared to well-known thermal pastes like the MX-4, the paste itself is also much tougher. The amount is enough for about two times use, if you are a little more generous with the amount.

Below is an overview of the specifications, more information including a complete datasheet can be found – as usual – on the product page at the manufacturer. 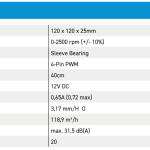 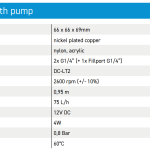 Cool flagship instead of fusion reactor: the GeForce RTX 3090 Ti turns the efficiency list upside down with a 300-watt throttle and beats the Radeons
MSI SPATIUM M480 2 TB NVMe PLAY SSD Review – What can the SSD with the “Play” in the name do better than the one without?