Nvidia’s Ampere generation GeForce graphics cards are thirsty – that much is already known. Gurdi has already shown quite impressively that the RTX 3080 and the 3090 can be made to stop “boozing”. But what about the rather unpopular 3070 Ti in this respect? Might the card be worth it after all? Let’s find out, because it’s always worth a try! 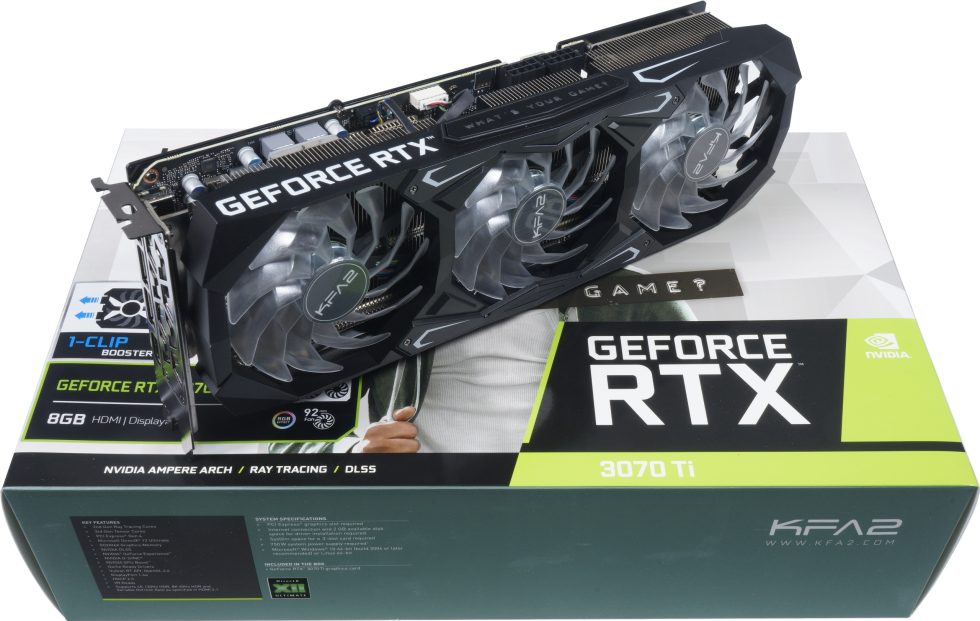 There’s something between me and power hungry graphics cards. Even back in ATI’s day, I had a knack for always picking the thirstiest and hottest model, and even prime examples like Fermi and Vega were later in my possession. Well, with a water block we have immobilized them all, but this does not reduce the power consumption. For a few years now, the topic of undervolting has been growing steadily, and here at Igor’s Lab we’ve already shown in a few articles that it’s actually a real thing, and that you can save power noticeably with it.

Undervolting and overclocking operate the hardware outside of its intended specification. Even though I am not aware of any hardware failures due to undervolting so far, we would like to explicitly point out that operating hardware outside its specification may lead to damage under certain circumstances. We do not assume any liability for damages that occur during the re-adjustment of the practices shown here!

In order to explain this as simply as possible, I’ll go out on a limb and try to describe it as simply as possible. Each chip needs a certain voltage to reach its intended clock frequency and to run stably. Of course, there are certain variations and tolerances in computer chip manufacturing, just as there are in any other manufacturing. This results in some chips needing a little more voltage and some chips needing a little less voltage to stably reach the desired clock. This is also called chip quality. So that the manufacturers can sell as many chips as possible (chip yield), they keep a certain margin open and supply all chips with a relatively high voltage, so that also the worse chips are guaranteed to run stable. Now, of course, not all chips are “rivets” and since manufacturing usually improves over time, you can take advantage of this leeway of the manufacturer and achieve sometimes amazing results.

The calculation follows the simple equation of electrical power: P = U*I, i.e.: power equals voltage times current. If we now reduce one of these factors, in our example the voltage, then logically the power consumption is also reduced.

Why is this interesting especially with the 3070 Ti?

The GeForce 3070 Ti is Nvidia’s attempt to catch up with the Radeon RX 6800 with as little financial effort as possible. The RTX 3070, which is actually quite good, is used, a few more processing units are unlocked, faster memory is added and the last bit of clock is squeezed out of the chip. Kind of like what they did with the 1070 Ti back in the day to cover the Vega 56, if you can remember. The result of this “stroke of genius” has been presented to you by Igor: In the ideal case just 8% more power and 70W more consumption.

By these measures, Nvidia makes the card by far the most inefficient card in the entire lineup: 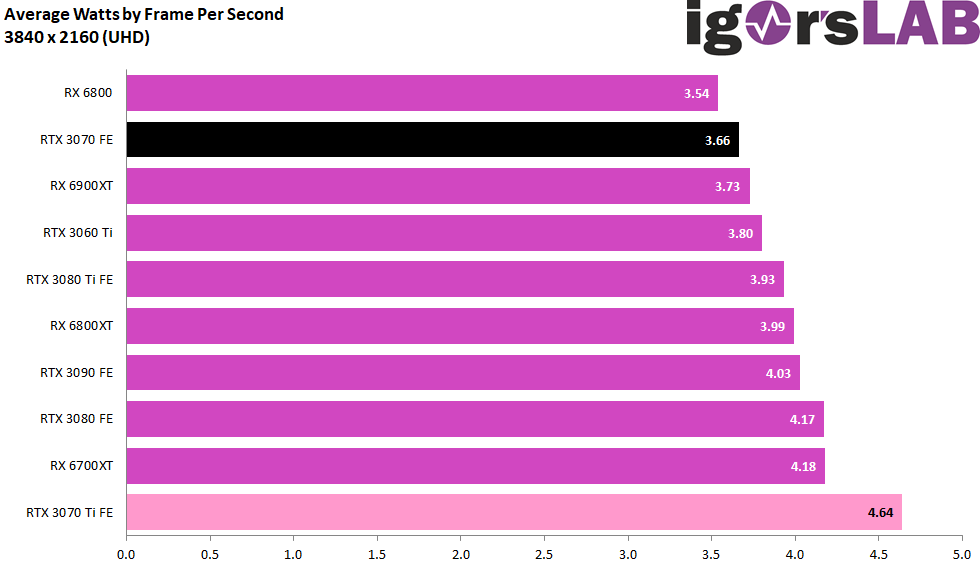 Unfortunately I can’t reproduce Igor’s values 1:1, because I don’t have the identical test system and the necessary measuring equipment. However, I can take the values determined by Igor as a reference and compare what the graphics card allows itself in my concrete system in terms of performance, in order to draw a conclusion about the achieved increase in efficiency at the end of my test. Here’s what Igor measured on Horizon Zero Dawn: 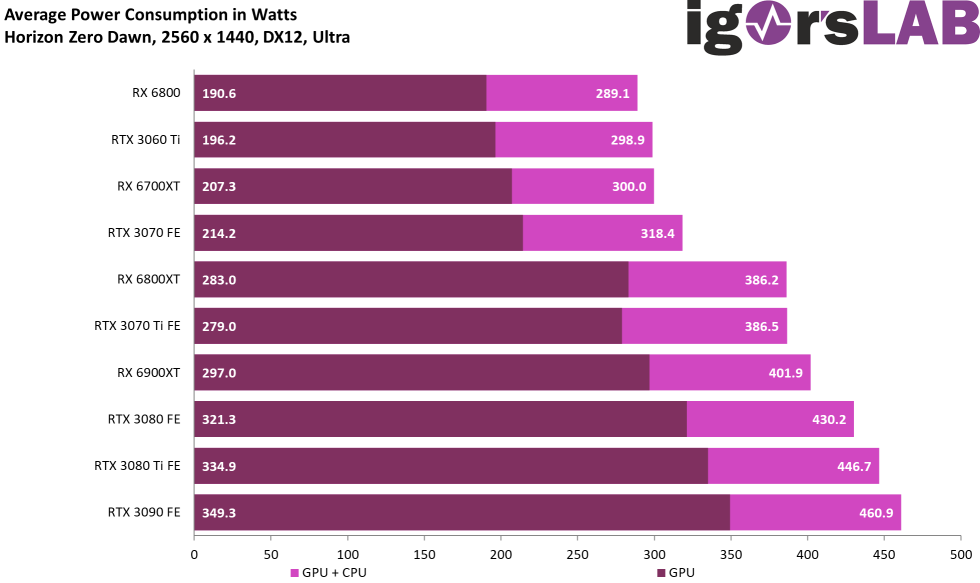