With many Intenso products, it's like a miracle bag. Most of the time they are very cheap, but you never know what exactly is in there. You have to take a closer look, so as not to make the famous mis-purchase, where cheap always means buying twice. I came across this bargain by chance while browsing Amazon and just bought it. It can be yes, you experience a positive surprise.

And no, it's not a fast NVMe SSD (NVM Express), but a completely normal SATA III product with 6Gbps interface. And they are available in the best case (see geizhals) already from approx. 74 Euro, only that as a Prime customer I can at least save the shipping costs.

Even Intenso can't do miracles, and Mother Theresa isn't her CEO either. So it is important to classify this M.2-SSD exactly where it can be located in accordance with target groups. There would be price-conscious equipment and changeovers or even people to whom the indicated approx. 520 MB/s when reading and 490 MB/s when writing.

This is especially true when you hardly notice the difference to faster SSDs due to the rest of the hardware anyway and you don't want to and don't want to win benchmark comparisons. But it usually makes little difference with the then existing technology, whether Windows starts in 5, 7 or 9 seconds. That will survive well. 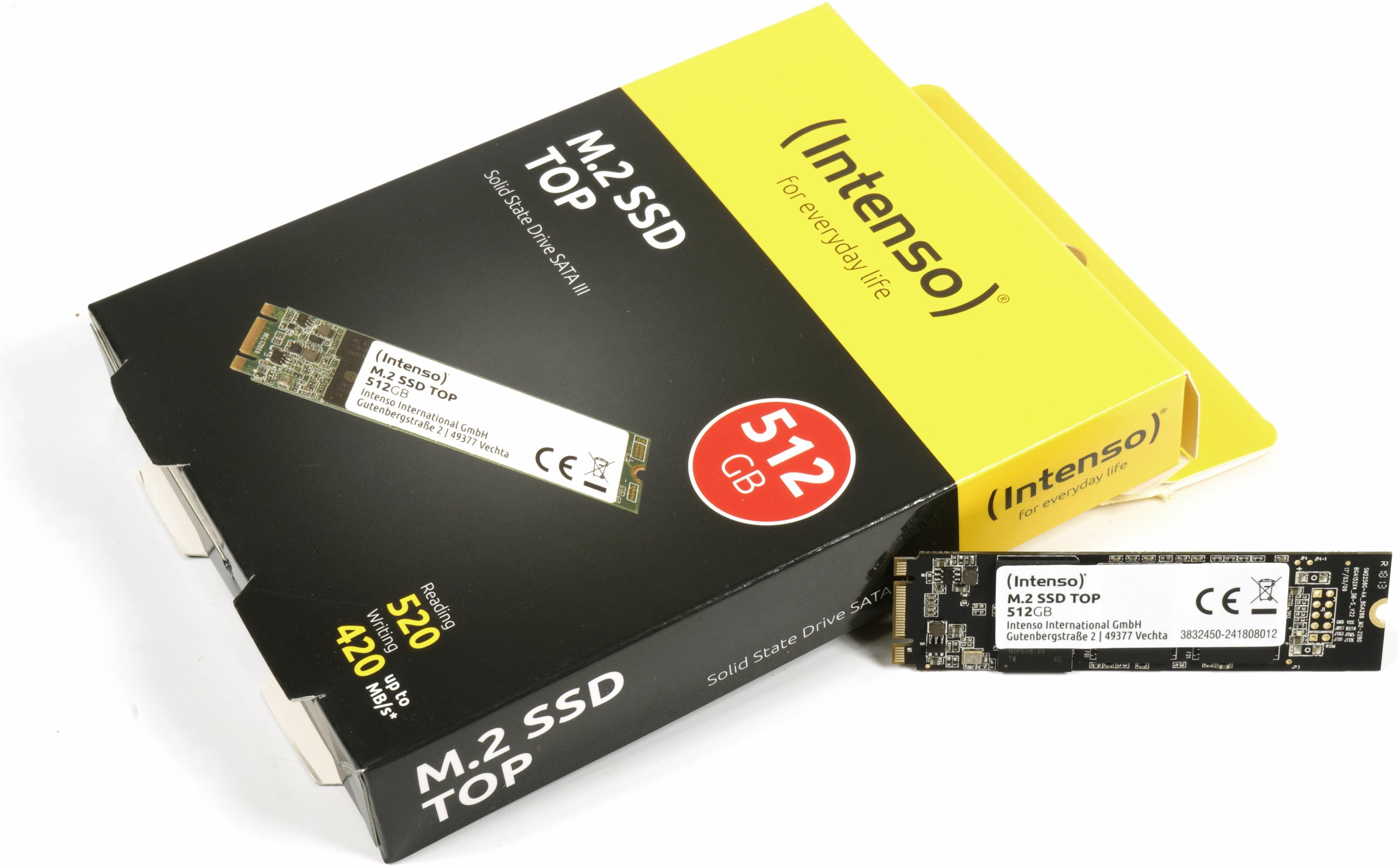 You don't get any accessories, why? The SSD is in there, that's enough. The presentation is deliberately neutral and simple and one quickly realizes that it is a mass product of some Asian supplier, who probably had these SSDs on offer only cheaply. In any case, I could not find a clear manufacturer's feature, because this is the usual bulk product.

With its 2.2 cm width, 8 cm length and a thickness of max. 4 mm, this 7.1 gram light SSD is in the normal midfield for installation dimensions. Three watts are indicated in the power consumption, which on average also gets there. The SSD is equipped with two 128 GB memory modules on both sides, which I see as well. But so far, so good. However, I want to know what is hidden under the sticker. Miracle or Plunder? Let's pull off the label…

And what do we have? The controller is a low-cost SM2258 from Silicon Motion. The part of 2016 is numb, but as a cheap 4-channel controller it's not really grotesque.  It's just solid mainstream goods that would be much worse off. It can be found in many SSDs with 2D-NAND such as Intel's 540 (Consumer) or Intel's 540 (Consumer) 5400 (Professional), although it would also be possible with 3D-NAND if the firmware was suitable.

Perhaps it is also important that the controller is backwards compatible with older SATA interfaces with only 1.5Gb/s or 3Gb/s. This SSD is also available as a classic 2.5 inch drive. The controller has a 1GB memory module PE039-125 from SpecTek as a buffer, which is a simple PC3-12800, i.e. DDR3 1600 with medium timings (11-11-11). For this SSD, however, this is completely sufficient. 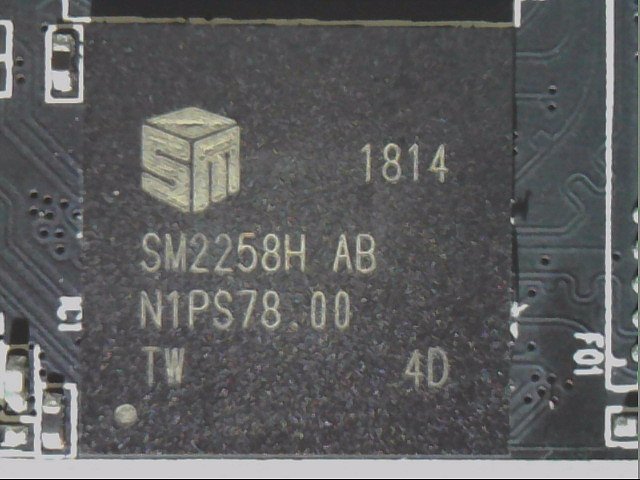 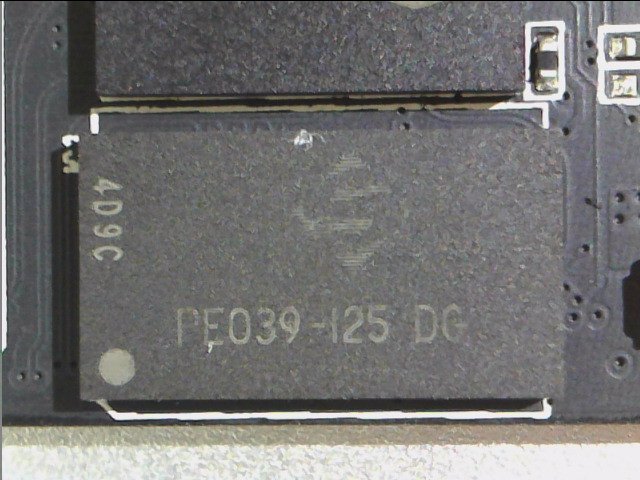 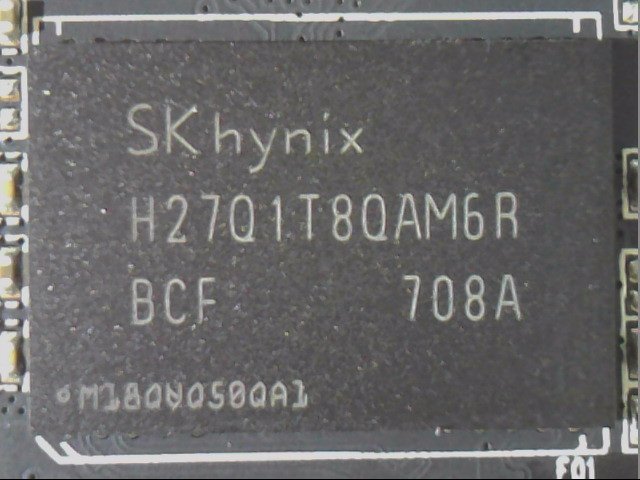 The storage system is a total of four 128 GB TLC-NAND H27Q1T8QAMR6 BCF modules from SKHynix. This 16nm-made memory is also not the overflyer NAND, but solid mid-range and also appropriate and sufficient for the SATA III interface. These modules can be found on many SSDs of this performance class, e.g. also for Plextor and Adata products.

So far, I haven't seen anything conspicuously negative, because the PCB and the soldering quality make a pretty passable impression. Under 80 euros or so, that could well work as a bargain if the benchmarks are not completely wrong now. And that's exactly what's on the next page.

1More Spearhead VRX in review – 7.1 Surround headset with steep head tracking and some slanted sound design
LG PK3, LG PK5 and LG PK7 in the test – triad or discord of the Bluetooth speakers?