Let's take a quick look at how this M.2 SSD performs and whether the manufacturer's specifications are correct. For this purpose, we have deliberately dispensed with NVMe SSDs, but in similar performance or Price structure and supposedly equivalent SSDs with 512 GB storage capacity, all of which are located in the middle-class segment. Because I want to stay fair and not send a polo against a Porsche on the Nordschleife.

While the determined values for sequential reading are still well at 529 MB/s, the specified value for writing is already undercut for this load-new SSD. This is not dramatic now and on average still better than most other test objects of this performance class, but also a fact that annoys a little. 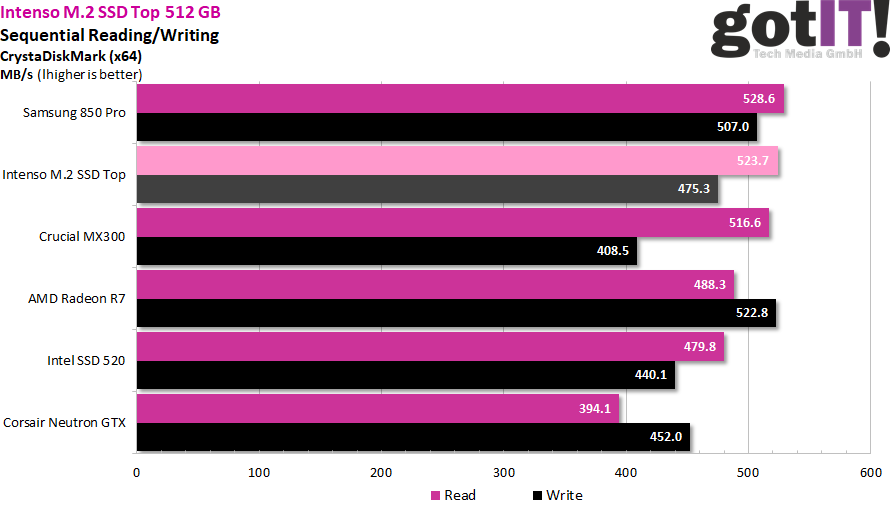 With the 512KB blocks, the Intenso SSDs are sorted in the good midfield, which was to be expected due to the price. The writing rates are also fine, while Intel's 520 series is completely disappointing. 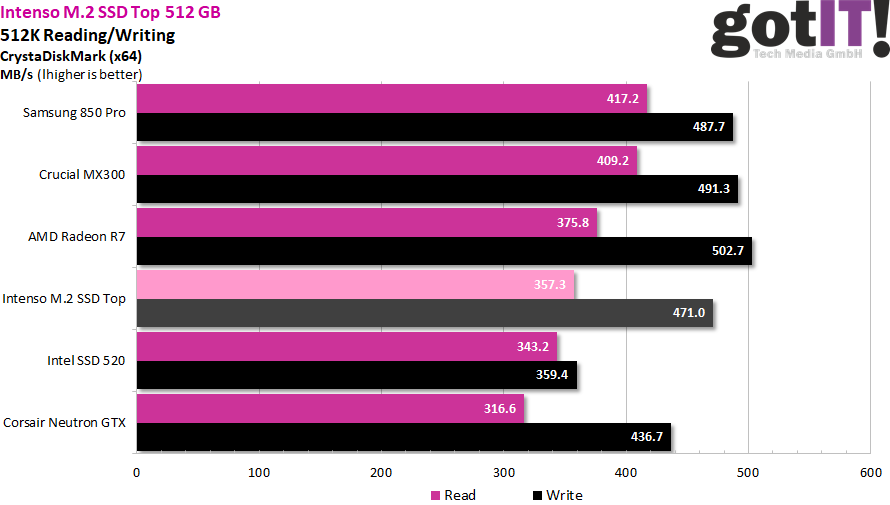 QD (Queue Depth) indicates the number of individual threads that are currently being realized with the drive while each thread performs its own transfers. QD32 means that there are 32 separate threads running simultaneously on each drive. This means that 32 separate requests for 4K data. This is not the case of everyday use in the normal user scenario, but it still happens more often than one might think.

Even now, the Intenso SSD sorts itself well in the middle, with the write rates being surprisingly good. Intel's 520 is back. 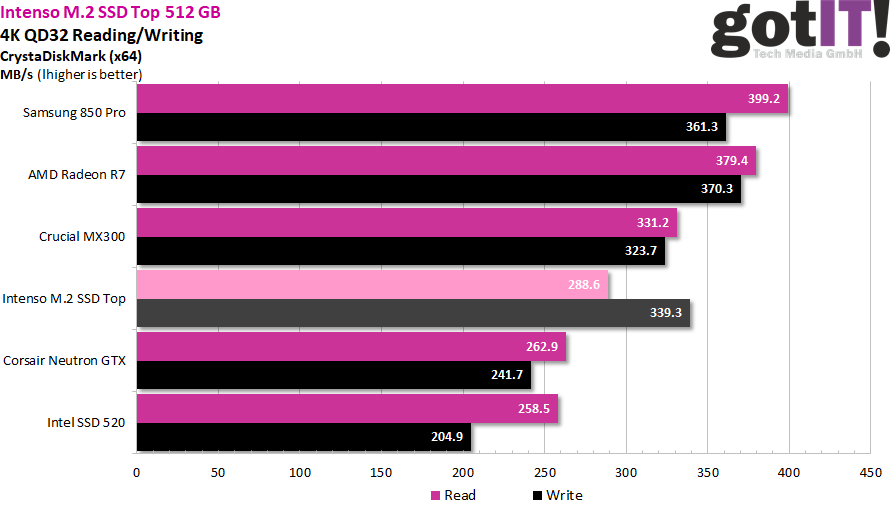 QD1, a single thread with 4K of data, is the horror for every SSD and the built-in controller. In contrast to the QD32, it is something like the single-threaded performance of the CPUs for the SSD. Above all, the reading rates of all SSDs are deep in the basement. Here also a weakness of the Intenso M.2 SSD Top stands out, because the write rate is only half as big as with the AMD Radeon R7 in 3rd place. In the end, this too can still be tolerated, but it also shows certain weaknesses in Intenso's overall work of art. 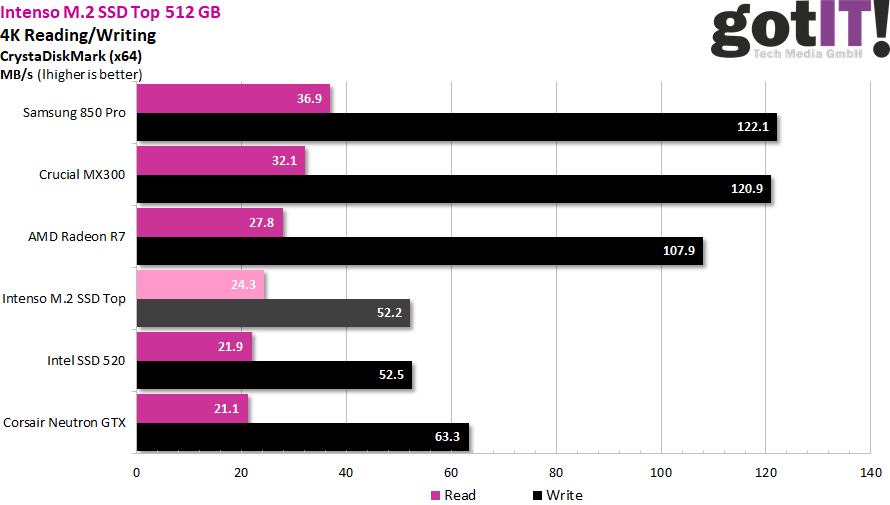 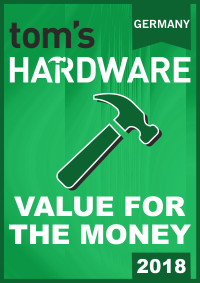 It is possible to buy, that is the positive realization of this test. Controllers and memory are no strangers and anything but cheap. But in return, it is also not a performance product, for which you also have to look much more.

However, the performance is more than reasonable for the price and it also shows that even with 2D NAND very good prices are possible. If you have courage and have the right motherboard, you could even build up a 1TB RAID with two of these SSDs for just under 160 euros. And extremely cheap.

So if you don't want to hit the big wave and play the solo, you might be in the right place. Of course, this SSD is not a miracle, but it is also far from going through as a plunder. Bargain check passed with flying colours!

1More Spearhead VRX in review – 7.1 Surround headset with steep head tracking and some slanted sound design
LG PK3, LG PK5 and LG PK7 in the test – triad or discord of the Bluetooth speakers?