The Realtek ALC4080, which was launched in 2020, can now be found as a sound solution on many new mid-range and high-end Intel boards without the customer really knowing what’s behind it. Exactly that I would like to change today gladly and have a suitable data sheet from a mainboard developer procured. The ALC4080 breaks with the long tradition of direct connection to the SoC via a bi-lingual interface (HD-A or I2S/I2C) and uses USB instead. Yes, you read that right, the chip moves with the connector from the CPU to the chipset. Whether you have to find that beautiful or not, remains to be seen, but it is practicable. 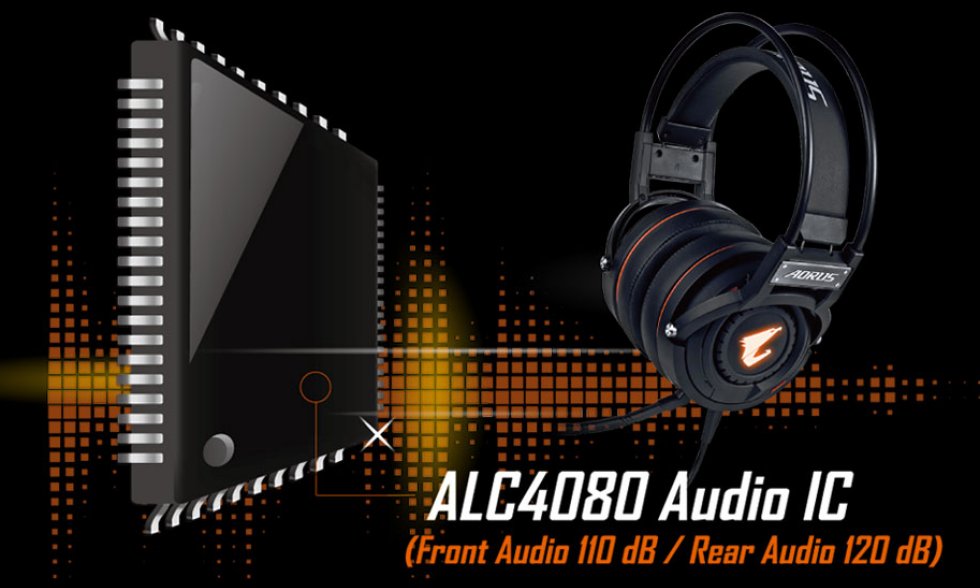 And no, the ALC4080 is NOT the successor of the ALC1220, as you could read in many media, but a completely new chip class with a fundamentally different technical solution and connection. To illustrate this, let’s look at the two block diagrams. On the left we see the ALC1220 with the bi-lingual interface and on the right the USB-based, new ALC4080, which can be flexibly flanged anywhere: 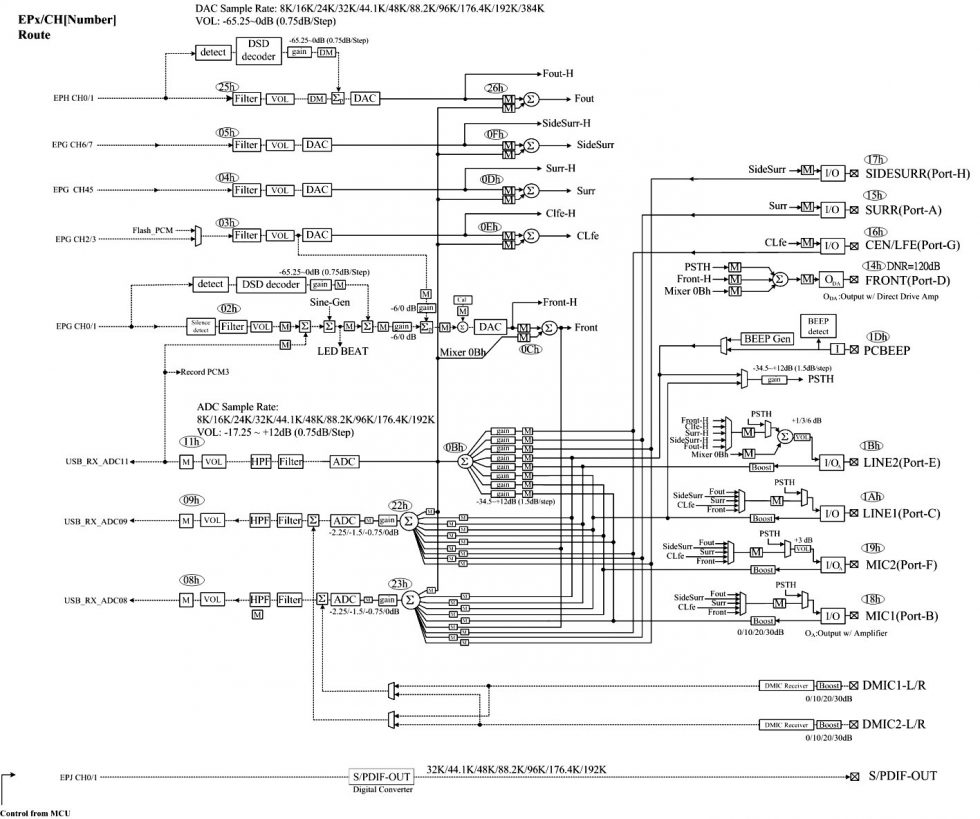 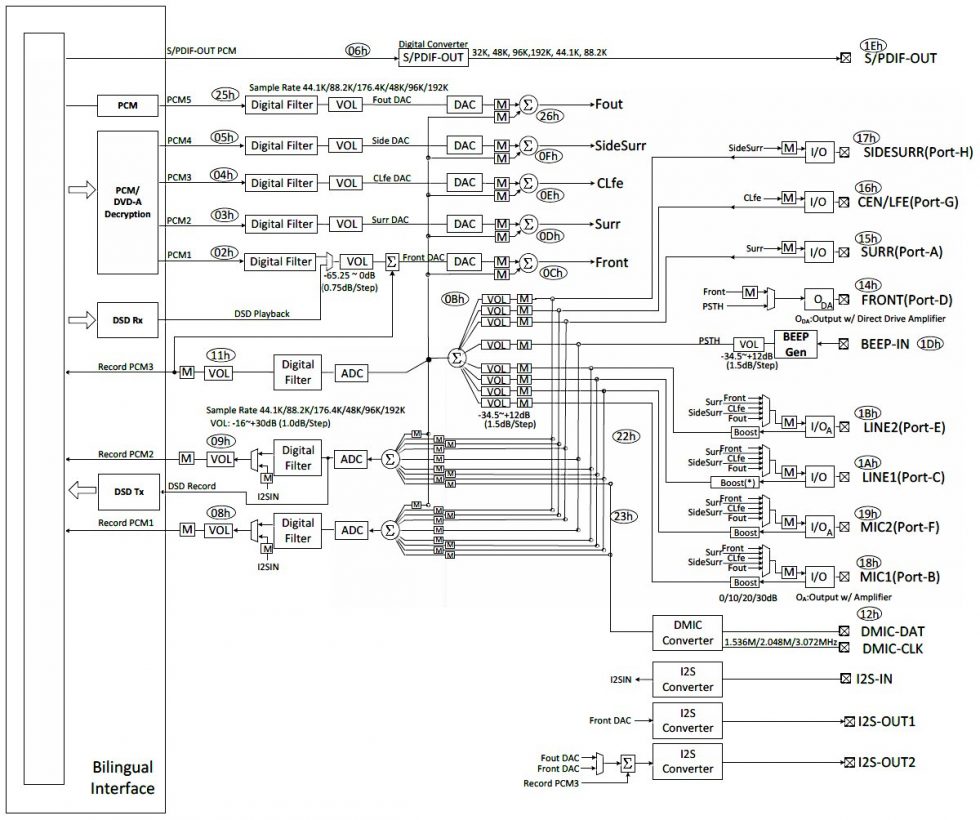 The ALC4080 is a single-chip, multi-channel USB audio codec that embeds a USB 2.0 controller with a high-performance audio codec. For USB audio, it supports a standard HID-class USB audio device designed for PC motherboards and multi-channel audio systems/devices in all major commercial operating systems, such as Windows, Linux, iOS, macOS, and Android. It offers ten DAC channels supporting simultaneous 7.1-channel playback, as well as two channels of independent stereo output (multiple streaming) via the front-panel stereo output, with a signal-to-noise ratio (SNR) of up to 120 dB for playback of PCM streams.

All analog inputs and outputs are input and output capable and can be reassigned according to user definitions. Three headphone amplifiers are integrated at the analog output ports (Port-D/Port-E/Port-F). The headphone amplifier at port-D (FRONT) is a cap-free type, which can save an external coupling capacitor and offers less distortion and pops. This headphone amplifier on Port-D has an output level of 2 Vrms and can drive high impedance headphones (up to 600Ω); it also has an impedance detection function to automatically adjust the output volume with the excellent sound response preferred by musicians and players.

Support for 16/20/24-bit SPDIF output with a sampling rate of up to 192 kHz makes it easy to connect PCs to HDMI (High Definition Media Interface) transmitters or consumer electronics products such as digital decoders and A/V receivers.

Summary from the manufacturer: 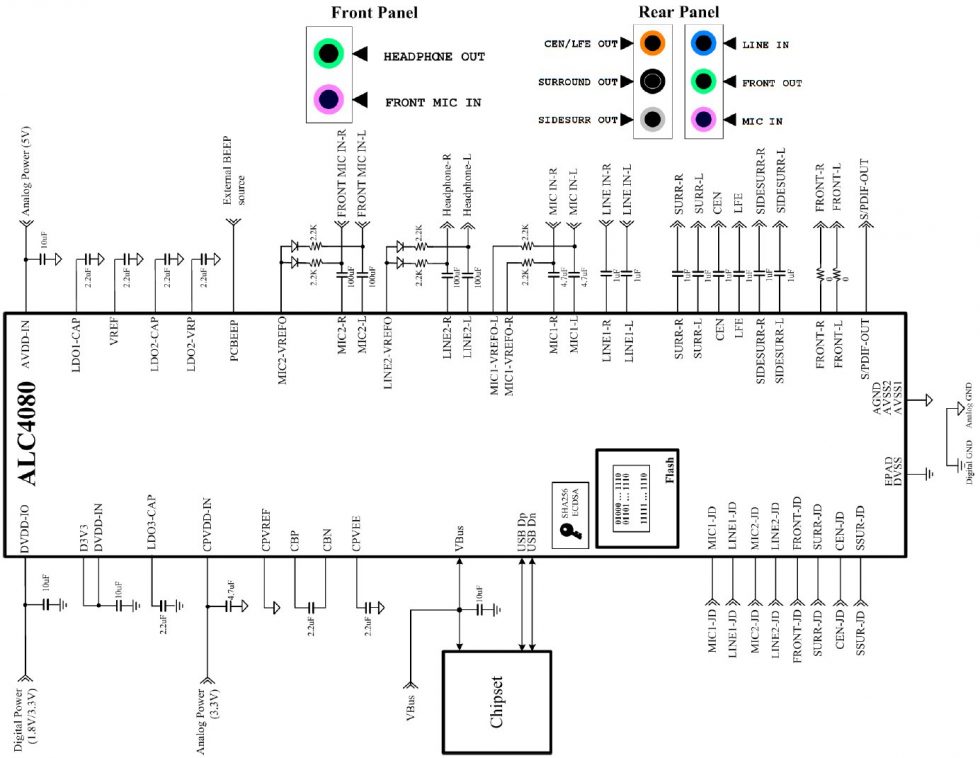 The differences to the ALC1220

The ALC1220-VB is also a SoC and a high fidelity multi-channel audio codec with bi-lingual interface supporting High Definition Audio 1.0a and industry standard I2S and I2C. The ALC1220-VB also offers DRM, 10 DAC channels and two channels for multiple streaming. The signal-to-noise ratio (SNR) at the front panel is also up to 120 dB. Three stereo ADCs are also integrated and the line-in offers up to 110 dB SNR, just like the ALC4880.

So what’s different? The technical parameters are strikingly similar and there is no audible difference. At least not in a first blind tasting with a Beyerdynamic T5 on port D. This is also an important finding. If the ALC1220 has been enough for you so far, you will also like the ALC4080, otherwise the same problem will arise. So in terms of sound, it’s not an advance, it’s just an adjustment in how the chip is connected. Interface cinema, instead of evolution in sound. 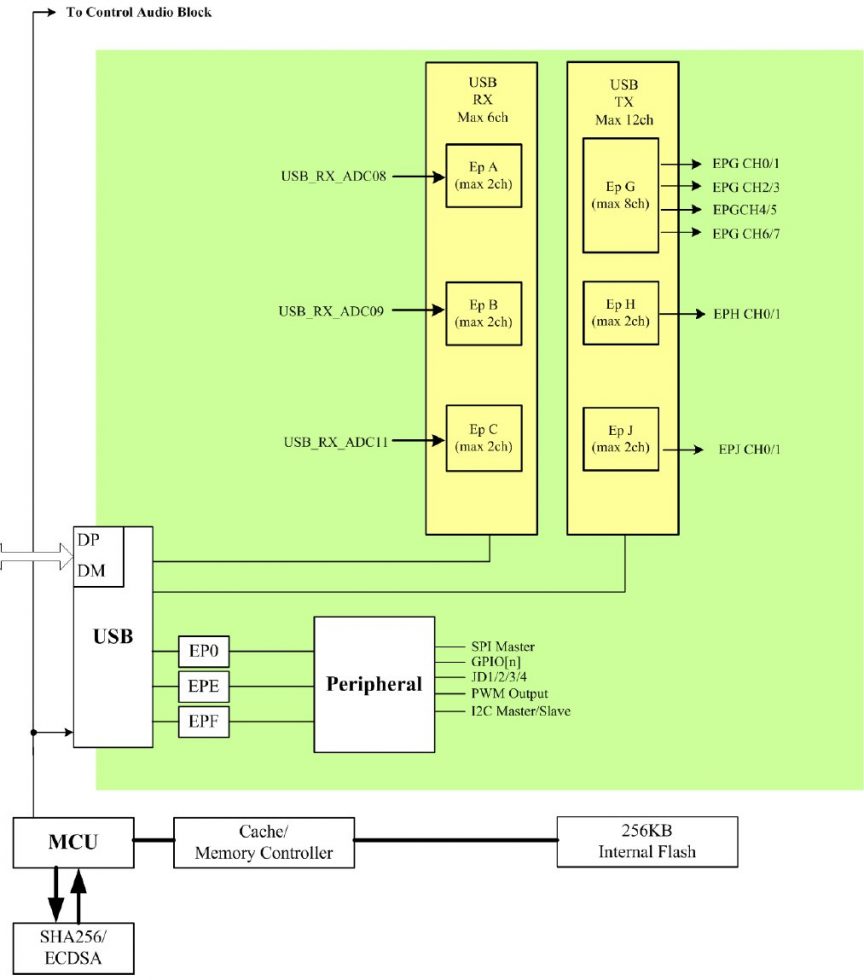 And concerning the capacitor-free port D: Now you know why I always tell you to connect the headset to the front panel, unless the manufacturer has provided a fat jack socket for the “special” audio output on the I/O shield! By default, port D is always connected via HD Audio and thus via the front panel. If that’s too quiet for you, just test it in the back. One output actually always works with the 2 volts and the automatic impedance detection.

In general, however, the three (headphone) amplifiers for the output the I/O shield and the front header for the HD car ALWAYS work separately, with Port-D always being the one with the most bang. Well, should be. However, I have also had boards in my hands where exactly this was incorrectly wired in the ALC1220 and Port-D remained incomprehensibly unused. This is then the fault of the motherboard manufacturer and not Realtek.

The “new” ALC4080 is also better than the usual onboard call, but also has some significant disadvantages. The codec itself is absolutely fine and a blind test with sensitive low impedance headphones will reveal a slight noise floor at most, but this also depends strongly on the external circuitry and the selected gain. Otherwise it is a differently connected solution very similar to the ALC1220. No more, but also no less.