First of all, a warning to all those who think that I have committed myself again. But: Sharkhan is not Sharkoon, but a brand of Chenglin Inc. from South Korea. Don't you know? Don't worry, because the company has only been around since 2017. The selection of products is also very manageable, but with the Sharkhan Extreme XTC-4 you would like to enter the German market in the near future. A good reason to take a closer look.

First of all, a warning to all those who think that I have committed myself again. But: Sharkhan is not Sharkoon, but a brand of Chenglin Inc. from South Korea. Don't you know? Don't worry, because the company has only been around since 2017. The selection of products is also very manageable, but with the Sharkhan Extreme XTC-4 you would like to enter the German market in the near future. A good reason to take a closer look.

You don't have to order your paste at Chinese online junk boutiques or in the expensive German high-end retail trade, there is also the somewhat lesser-known K-shopping with vendors who also ship to Germany. If someone gets interested in it in advance. The price for self-import is currently approx. 5 euros for a 4-gram tube. Can you leave it that way, that fits.

In the end, man is also a habitual animal, which also loves convenience. I do not even rule out this, because I also have my very personal favourites for certain areas and areas of application. Now, of course, such things are a little at odds with the objective construction of the measurement, because this does not change for years (in order to be able to remain comparable), but the requirements of daily work already.

That's why I checked the paste in advance and in parallel with all the subsequent comparative tests in two further categories, whether it makes any sense to test such an exotic. And it would certainly be a bit boring and bland to suck more texts out of your fingers as an intro, just so that the page doesn't look so empty. Hence the first check, which consisted of putting the water block back on the Intel Core i9-7980XE and reassembling the Nvidia RTX 2080 Ti. 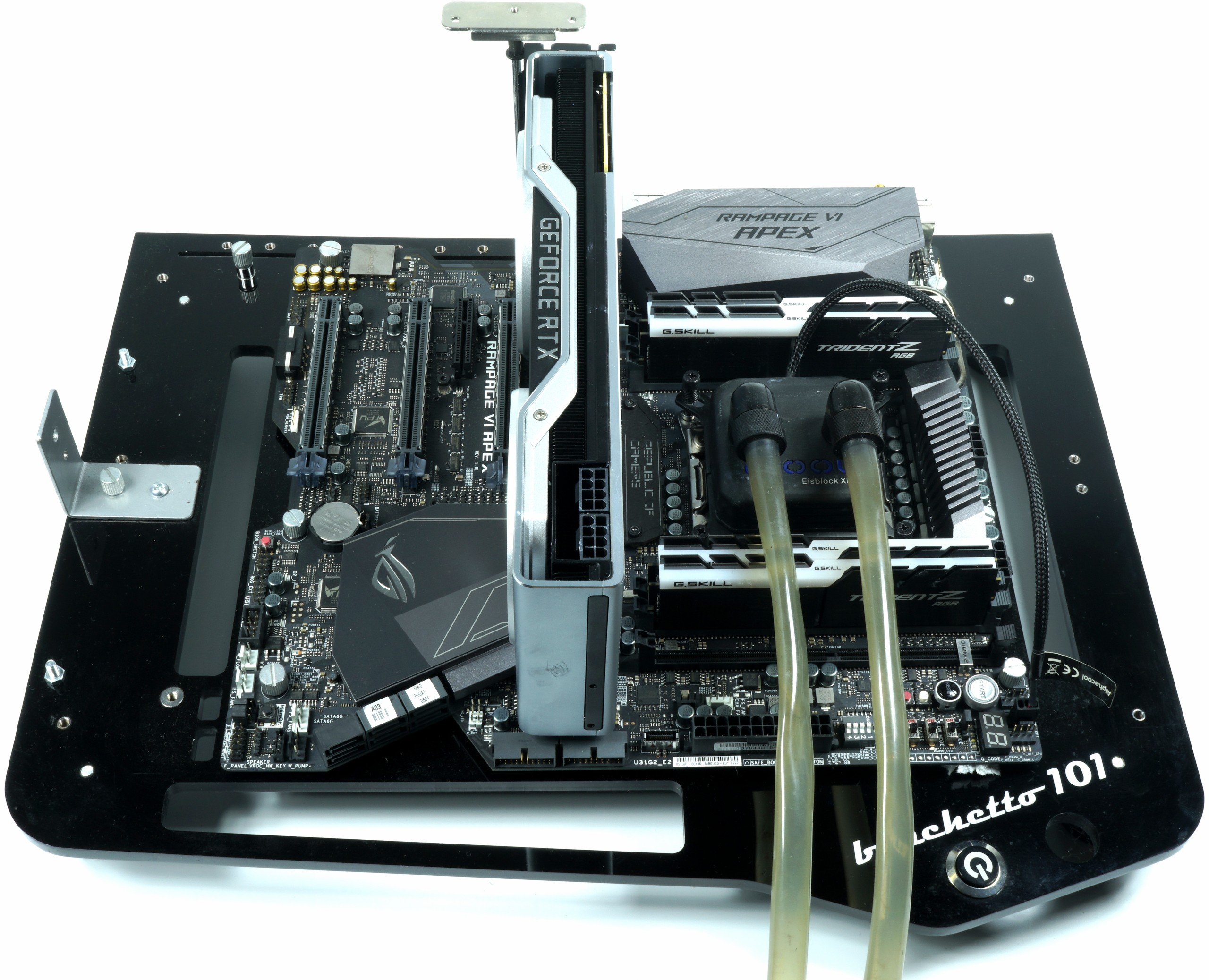 The CPU temperatures were approx. in normal operation compared to the Thermal Grizzly Cryonaut used for reference for me. 1 degree higher, whereby the result, consistency and processing coincided very strongly with that of Gelids GC Extreme – a good start. Also with the graphics card there could be no real performance differences to the paste of gelid, which I like to use in graphics card conversions, because the viscosity is significantly higher than that of the cryonaut and thus also with the properties of the manufacturer's pastes of the Board partner.

However, the heat characteristic value would be much more important than the measure of the temperature difference that arises in an object when the heat flux in question passes through. This means heat per unit of time or Heat output, which would be better than a flat guide value when used with multiple layers (heatspreader, paste, heat sink). No matter, it's how it is. I have to measure everything in several iterations and different superstructures anyway.

Here's what the manufacturer says about the Sharkhan Extreme XTC-4: 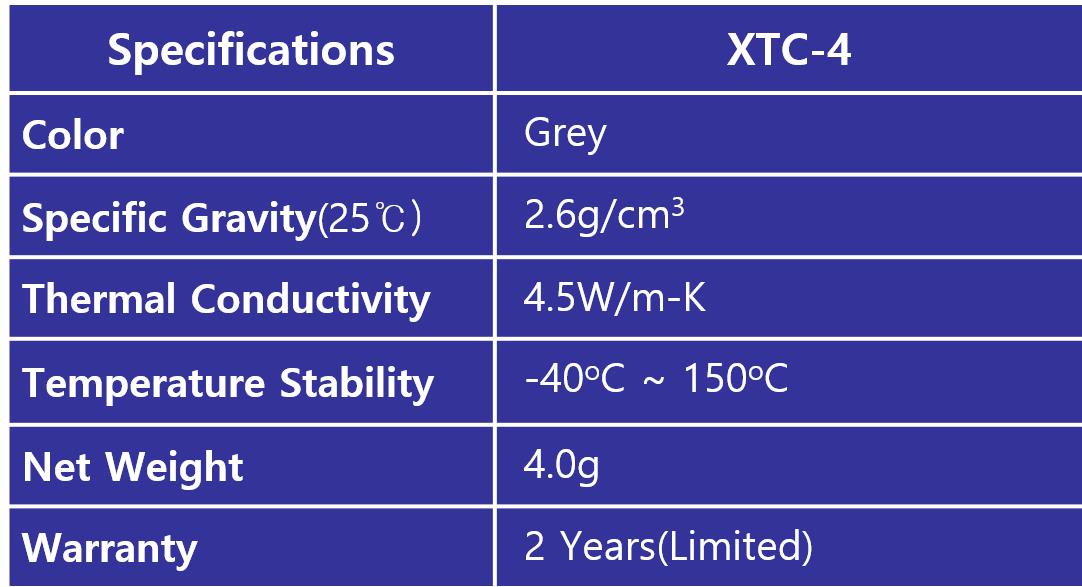 At the time, we had collected and evaluated many suggestions and wishes of our readers in the forum, which led us in the end to the decision to use all thermal conductive pastes with both water cooling and air cooling using two different assembly variants (contact pressure!) and of course also in use on a graphics card.

Why do we separate all of this into four individual tests? On the one hand, there are the (compact) water coolings, where the temperatures on the heat sink should generally remain well below 60°C, the good air coolers with a very solid fastening and the resulting high contact pressures of the radiator floor on the heat spreader, as well as the "cheap" budget coolers with simple clamping fasteners or Push pins and a little less contact pressure, where you can quickly reach higher temperatures.

Depending on the viscosity and composition, not all pastes are always equally suitable for all applications and are also rarely always equally manageable for newcomers. We also want to include this point in our charts, but as a subjective evaluation, of course.

Let's first take a look at the systems used for measurements with the CPUs, which for many reasons have not changed over the years. On the one hand, a plausibility test has shown that on the one hand the measured distances between the individual pastes do not change or only marginally change on the latest hardware, and on the other hand, the sensors of the older CPUs provide significantly more accurate values than the DTS of the current CPUs.

We can therefore measure the exact temperature below the heat spreader, which is extremely important and indispensable for an objective evaluation. Using Tcase instead of Tcore is always the more accurate solution. What always excites us is the long-term durability of all components used, even if we have stored both CPUs, as well as the graphics card and the motherboard twice in the archive in case of cases. The only thing that really had to be replaced was the power supply after three years.

We have been deliberately using a slightly older card for years (which, thank God, we also own three times) because their cooling solution was very accommodating to our purposes. With only 4 screws for the cooler, a very easy to fix fan speed and the core temperatures, which are still justifiable in the higher range due to the larger structure width, we do not run the risk of the possible failure of the test object in the event of a bad paste. Risk. However, the chip size and achievable surface temperature are roughly what a today's mid- and upper-class GPU offers.

Since the DTS of the CPUs provide rather hypothetical results for the core temperatures Tcore, we use, as already mentioned, the good old evaluation of Tcase on the thermal diode under the heat spreader. Since all CPUs used for the test still have soldered heat spreaders, this method is probably the closest thing to the whole thing.

In the case of CPUs, we rely exclusively on the difference value (delta) from room temperature and tcase, as despite countermeasures in the room there were always slight deviations and these could distort the result for Tcase a little bit. In the case of the graphics card, however, we again use the measured value for the GPU diode, as it remains relatively independent of fluctuations in the (air-conditioned) room temperature as long as this is within the range of less than 2 Kelvin deviation from the initial value 22°C