In order to test something different between all the coolers, I switched from my tried and true keyboard with Cherry MX Red to the new flagship from Roccat with optical switches for a month. Whether it can stay and how it does in the test, you will find out in the following article:

The version with German QWERTZ layout comes with a small flag, but still pure English lettering. The front is dominated by an image of the keyboard and the linear, optical “Titan Switch”. The back cover then advertises the features and opinion of a Fortnite champion, who supposedly had a huge advantage in the tournament due to the in-house switches. On the side the keyboard is shown again around profile.

Once inside there isn’t much to report, the keyboard and palm rest are each individually wrapped in plastic bags, the USB cable has its own little compartment and is held together with a fabric Velcro cable tie. 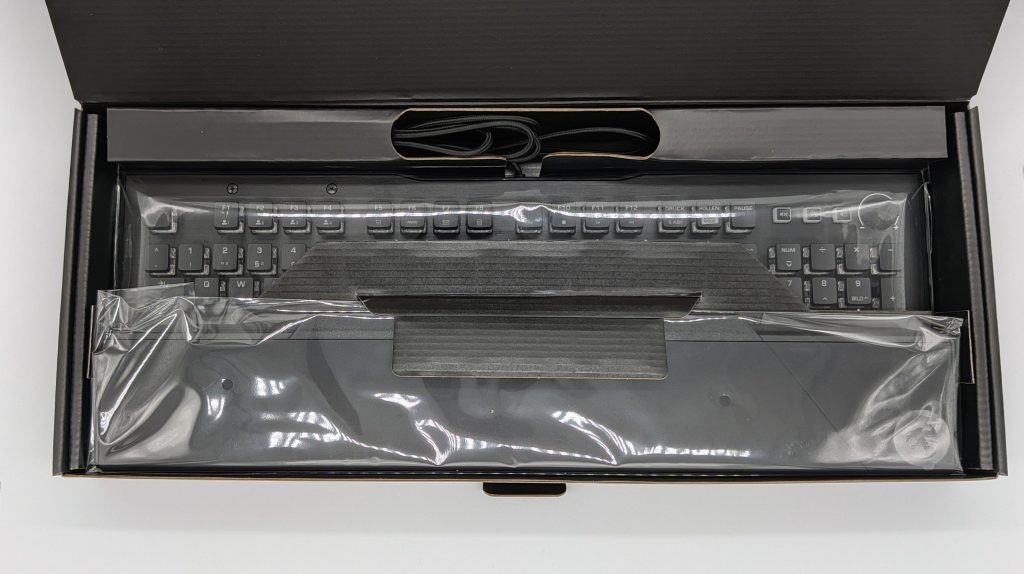 The scope of delivery is very manageable for the price, apart from the keyboard and edition there is only a manual included. Additional accessories like extra keycaps with a different surface or keycap pullers are not available.

The general design or “chassis” of the Vulcan Pro is largely identical to the other keyboards in the Vulcan range, the big difference being the optical switches with a mechanical feel. With about 1150g, including cable, it is in the weighty midfield and feels thanks to the brushed aluminum top plate also valuable. Matte plastic is used on the sides and underside, interrupted by a bit of piano lacquer look. The approx. 1.8m long USB cable is placed in the middle, firmly connected to the keyboard and braided with fabric. To use an own cable afterwards is therefore not possible without a soldering iron. Conveniently, the USB port itself has a keyboard icon, so it’s easy to match it up on the back of the system. Large non-slip rubber pads have been distributed on the underside, even the magnetic plastic palm rest is well taken care of. On my rather smooth table, the keyboard sat bombproof, even when set up at an angle. 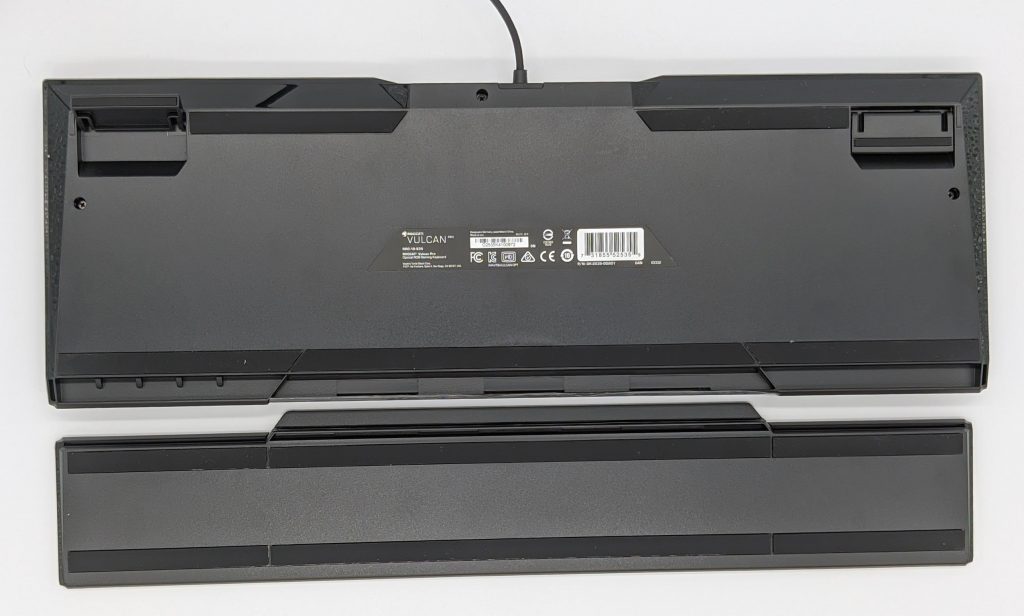 By the way, the two stands just mentioned don’t have an intermediate step, so the keyboard is either completely “flat” with minimal tilt or just slightly angled: 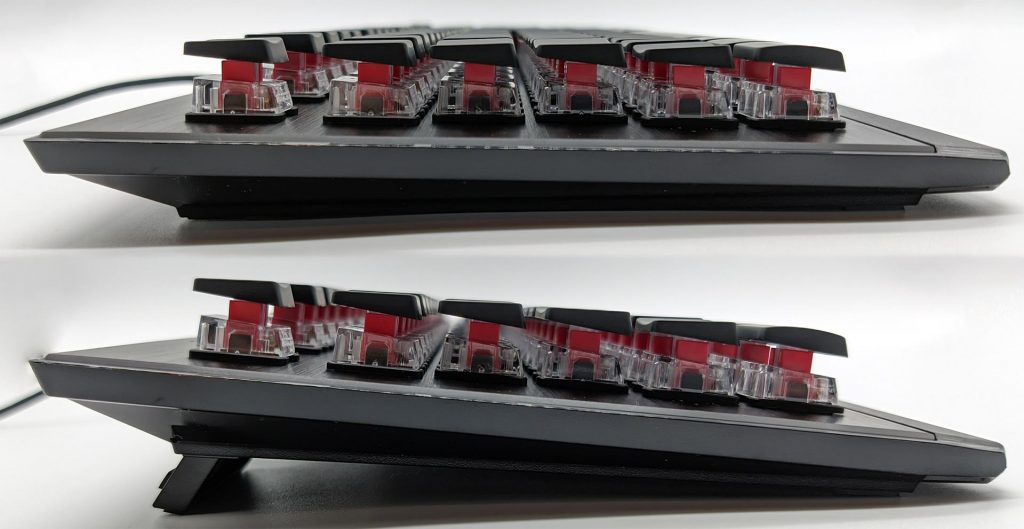 Due to the rather large edge all around, the Vulcan Pro isn’t a space miracle even without dedicated macro keys, but with 46.2cm in width and 23.5cm in depth, it should fit on the vast majority of tables. Thanks to the thin keycaps it is even relatively flat with only 3.2cm.
Here is an overview of the most important key data, the rest can be found as usual on the manufacturer’s page. 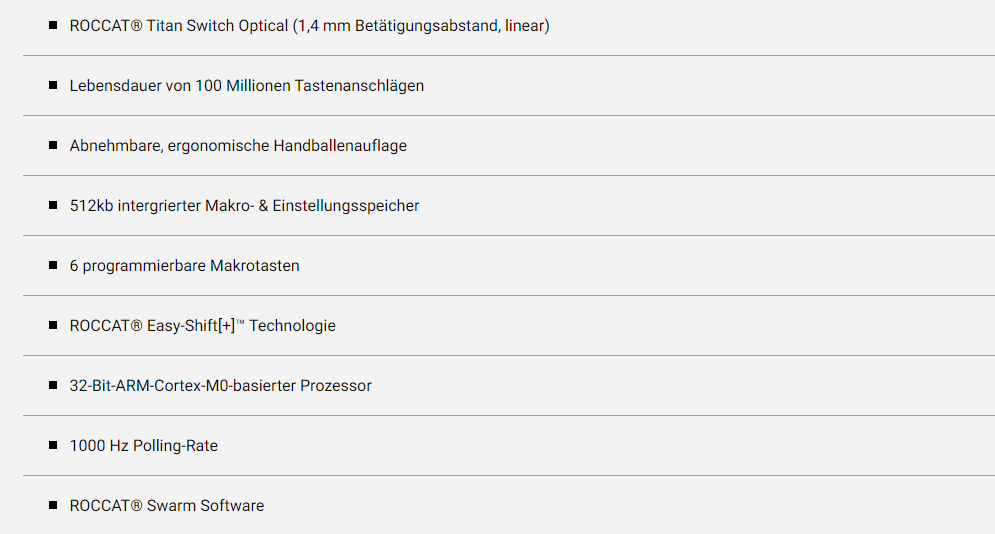