Not only are we asked again and again in the forum how we finance ourselves, where the development is going and how or how. where we will continue to see our publication in the future. Of course, these are many questions worth asking... 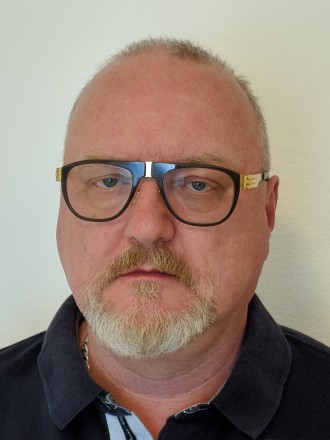 Not only are we asked again and again in the forum how we finance ourselves, where the development is going and how or how. where we will continue to see our publication in the future. These are, of course, many questions, but in certain parts, at least as far as the future is concerned, it is not so easy to answer. That's why I start with the supposedly simplest, but it's also not so simple to realize, namely the dear money.

If you visit the current site more often, you will notice that we do not currently use advertising slingshots, which also show bras, roller doors or support stockings. We have deliberately renounced this. In addition, we deliberately avoid anything that could inhibit the loading and reading flow. We don't want popping ads that could push everything down in this form, just like audio integrations or annoying overlays.

What is currently visible in advertising is based on actions that we take together with the manufacturers and distributors and on individualized advertising, which we select ourselves and import in the appropriate place. This also includes editorials and advertorials, which we naturally mark as such. At first, it doesn't sound very much when you look at it separately and not in context. However, very lean structures and the existing and fully equipped laboratory avoid unnecessary costs.

In addition, we are also carefully planning to implement programmatic advertising, but these are all still matters for negotiation, where we do not want to rush into unwanted dependencies and do not want to put unnecessary pressure on ourselves. After all, as long as you only spend what you have and put consolidation in front of forced growth, it does not drive anyone into ruin, but to work on a daily level.

In the end, the real capital (and motivation) is the readers and the community, and not a few euros more or less on the bench. However, I will come back to the financing of our planned enlargement and a very specific concern at the end, after I have written about our plans for the future.

Most people will have noticed that many of the articles with a different logo have already been and will be published and that this logo can also be found in the forum. This, in turn, is not a coincidence, but the logical continuation of our work. As most people know, Tom's hardware was sold as a brand from Purch to Future and I have had the opportunity in recent months to discuss the future with those responsible and plan on an equal footing.

The content orientation of Tom's Hardware US has of course been discussed often and widely, also here in the forum. However, Future is not Purch either, but is much more European, also in terms of thinking and goals. This, of course, plays into our cards in that there is already less potential for conflict and friction and will certainly continue to exist in the future in terms of content, on which we will continue to have a free hand.

Tom's hardware and igor'sLAB as a logical supplement

What we noticed is also increased visits from readers from North America to China and Brazil via Google Translate. In addition, there are repeated requests from non-German-speaking readers and manufacturers who also want content in English. Unfortunately, this is simply not possible in the current situation. On the one hand, we are only allowed to publish in German under the TH brand, on the other hand, the US editorial team is no longer interested in such long and deeper content.

At this point, however, the fact that we had to set up a registered company solely for the licensing of the German edition of TH comes into play. And we are free to publish, under our own fire, what and how we wish. That is exactly what we will be doing in the foreseeable future.

The plan now is to operate both media fairly side by side and to complement each other perfectly in terms of content. Tom's hardware will then be there for the news, the launch articles in cooperation and roundups, as well as shared content and purchase advice, while igor'sLAB will publish all investigative stories, the elaborate individual tests and similar things.

On the one hand, we are using the mainstream a little more and providing up-to-date information on the day, and on the other hand, we will continue to do what we have always done. The one can, of course, also supplement the other in terms of content and provide more bandwidth without overloading or watering down one of the respective pages. At the same time, igor'sLAB will build on the well-known infrastructure in parallel and will certainly be operated significantly closer to the community.

Here, one or the other (technical) preliminary work is certainly necessary, but we are driven by nothing but the desire to solve it as perfectly as possible. Because one thing is also clear: even if one of the two parts will later move into a visually new home, the content independence of the site will not change. On the contrary, the parallel establishment of our own brand gives us much more freedom, also with regard to the active involvement of readers and the languages used.

And if I am to be honest, I am also tired of being mistranslated, quoted and interpreted. Google has never been a useful translator, but because of its shortcomings, it is often enough a reason for some misconceptions. That would then be done. But igor'sLAB is supposed to be much more, because niches like workstation and audio don't fit into the current mix of Tom's hardware.

It should of course also be clear that I cannot write and manage all this in personal union. That's why we've set ourselves the goal of carefully and carefully expanding the content and also involving more people directly. This ranges from freelancers for Tom's hardware to the direct integration of the community with content and contributions for igor'sLAB.

Participation with donations instead of paywall or free purchase of advertising

Here, too, we have thought long and hard about what is reasonable and solvable. A paywall is not debatable and intended at the present time, nor is the shutdown of advertising for money. We therefore want to rely on voluntary action. First, as far as the benefits of adblockers are concerned, by leaving the site as bearable as the reader is willing to accept, and on the other hand, via a kind of "donate" button, which allows readers to make a donation once or more to the success of our projects. Contribute. Those who prefer to contribute content and also want to contribute actively as a leisure author – a lot is feasible.

Each contribution will only benefit the expansion of our editorial work, because even more articles do not write themselves by themselves. It is not a must, but purely voluntary, as we believe that quality can also be self-sustaining if the target group and the content are right. But if we want more, we must also invest more, otherwise the status quo will remain forever.

Alternatively, anyone who does not have a PayPal account and does not want to open any extra can support us via the classic bank transfer.