Burnt out, burned, brain-burned? You have to have a lot of gossip to get through every launch without getting inferiority complexes whether to have your own biological resources. Or you can hire inflationary staff and at some point, astonished, grab your own water head.

But it is not the sheer number of product premieres as such, with which the manufacturers first scourge each other and then take us into the overflowing boat. No, it is not the actual work that comes with such event celebrations of a hyperventilating PR machine, it is simply the conditions under which one should and must work.

Besides, it is now so nice en vogue to upgrade every lukewarm product pup with an NDA and then with binding appointments just to throw yourself as if it were pink confetti and the testers willless unicorns. Speaking of NDA…

There should even be companies that, with their formulations, throw a Scrabble of exclusive consonants at the feet of the media, as it were for their own benefit, and then sit back and watch enthusiastically how the individual media and protagonists of the polemic feather without supplied vowels fight for the sole authority of interpretation. Also happy with Waldorf and Statler as charming video groomsmen. Double holds just better and a well-guided camera already makes something.

Other companies think that (God) do not have to distribute an NDA at all and prefer to solve the selection of the preferred letter henchmen as in real-life socialism via an artificial shortage of goods. Decadence and abstinence go hand in hand, because while on the one hand so-called professional overclockers and all those who consider themselves to be allowed to produce TK-bratferkel as if on the string and keep them in the picture, the honest viewer looks into the YouTube tube unnerved. Or simply follow the call of the NY Pundits with the obligatory "Just buy it!". Life can be so beautifully simple. And in order to make the cabbage really fat, e.g. Board partners who want to provide first aid to the first aid cut off from the favor pipeline, just once just muddled to the battle plate and beaten intelsoftly. Everyone gets their thermal fat away nonchalantly, which is not back on a tight course at three. The penetrance of arrogance is sometimes unbearable, and it also shows that some still seem to be doing far too well.

But there are exceptions that can only be praised – so much time has to be. For example, if a company paddles through the valley of tears for years, grabs air and still grabs itself again and again, but never forgets the media and always treats them reasonably fairly, then i'm already an Asbach-Uralt in the Morning coffee worth it. That the logistics sometimes fails or one forgets the daylight saving time and repeatedly sends incorrect dates for the embargo – as a gift. You can still calculate yourself. It's like thinking. Brain, wardrobe hook, release and so on. 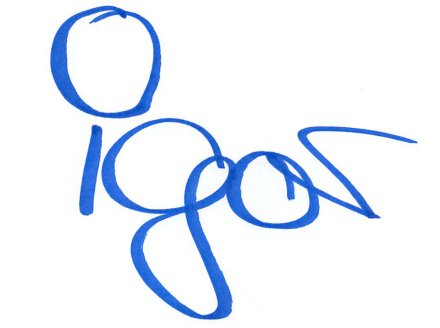 I'm so free and i'm taking a day off today – including the mental freewheeling for such a gloss. Holidays aren't in it anyway and the next packed suitcase for one of the inevitable events is already grinning in the corner. Then we have to discover the next horizon. Stress high 7, but you can't spoil anything, not even nanometer-wise.

After the launch is before the launch and eternally greets the marmot. Truism.