Update:I have added the text (violet), as well as some more pictures for illustration. In addition, I have added a small picture section for the no-flow underfill, which show how currently graphics card boards are being equipped. That alone shows how idle so many discussions actually are. (20.04.2019 – 11:30)

Do you remember my article "The Death Cocktail for Nvidia's RTX Cards: a whole mix of different problems should be responsible for the failures" and all the excitement about the so-called "Space Invaders" effect as a fault picture for defective memory?  At that time I wrote about bending in interaction with the thermally-induced, different physical expansion of the individual assemblies and components, as well as the pressure of the cooler. I have already had some questions, also with regard to the memory modules.

The consequences can be quite serious if fixed components expand to varying degrees or even the pressure at the individual corners is different. Then mechanical faults and demolitions of soldering points are almost pre-programmed. If the pressure at the edges of the memory (also favored by the thick pad) is different, this is dangerous for low-quality soldering points. The entire radiator layout and fastening is actually problematic when forces act unevenly on components. 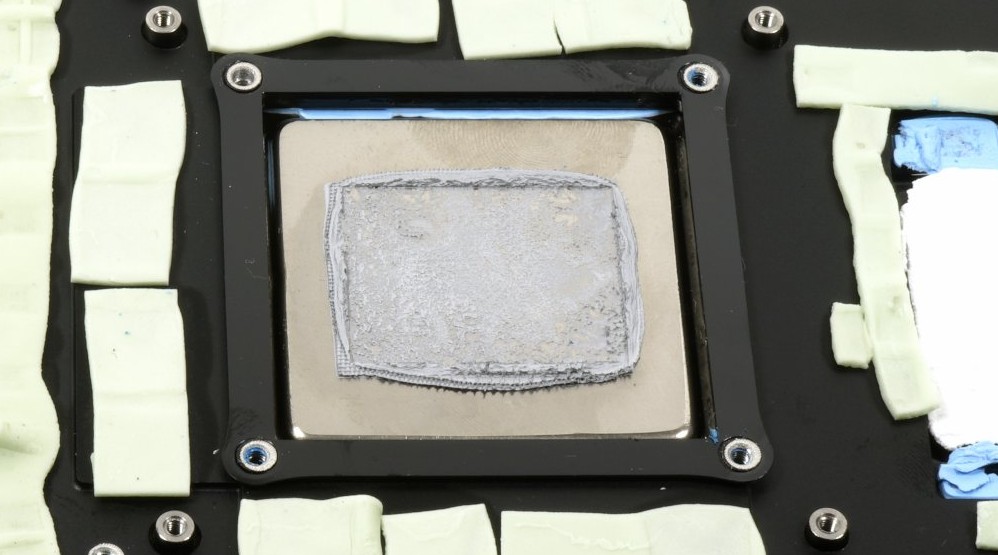 To illustrate this a little better, I have here again a small graphic explanation, which can explain in approximately also the forces acting: 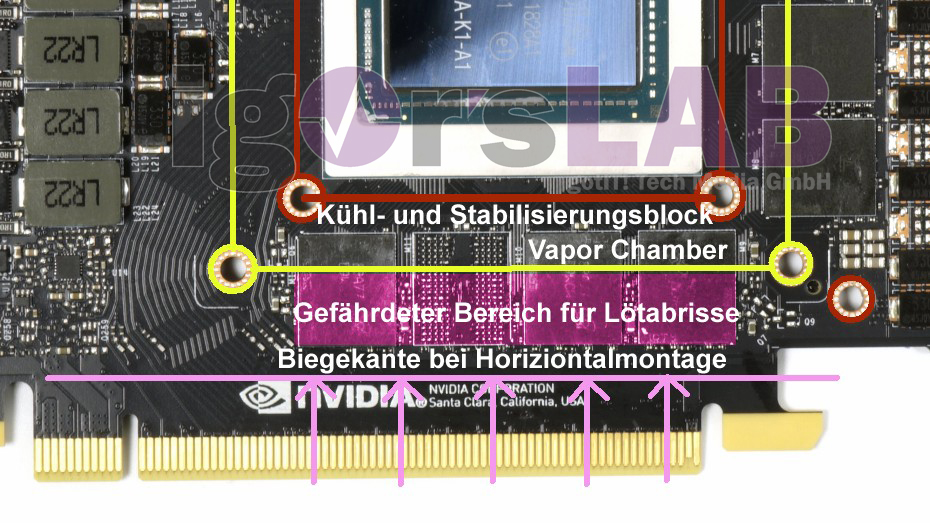 Meanwhile, a reader who was able to disassemble a current RTX Titan and also some newer RTX 2080 Ti in reference design also sent me pictures of the technical improvements to the reference board, which pressured my guesses and conclusions at the time, Thermal pad and bending quite well confirm. The workaround that Nvidia uses in the new RTX Titan production at Foxconn relies on two interesting details. On the one hand, the thick but very applied pad has given way to a kind of very soft thermal paste pad with textile support fabric, which significantly minimizes the pressure on the memory.

In addition, some of the modules are glued to the outer edge This very rustic method definitely does not look like an industrially implemented solution, but should be done manually by assembly band ants on additional chairs. I deliberately wrote workaround, because it may be effective and also serve the purpose, but it is a very obvious emergency solution. Because the scheme above shows a placement without subsequent reinforcement. The following two pictures show an RTX Titan and an RTX 2080 Ti with the so-called "reinforcement"

We also see it very clearly in the top view, where the girls put the glue on and pressed it wide. This has the charm of a patched-together board from a Russian space capsule, but if it serves the purpose, why not? But it seems a little strange. 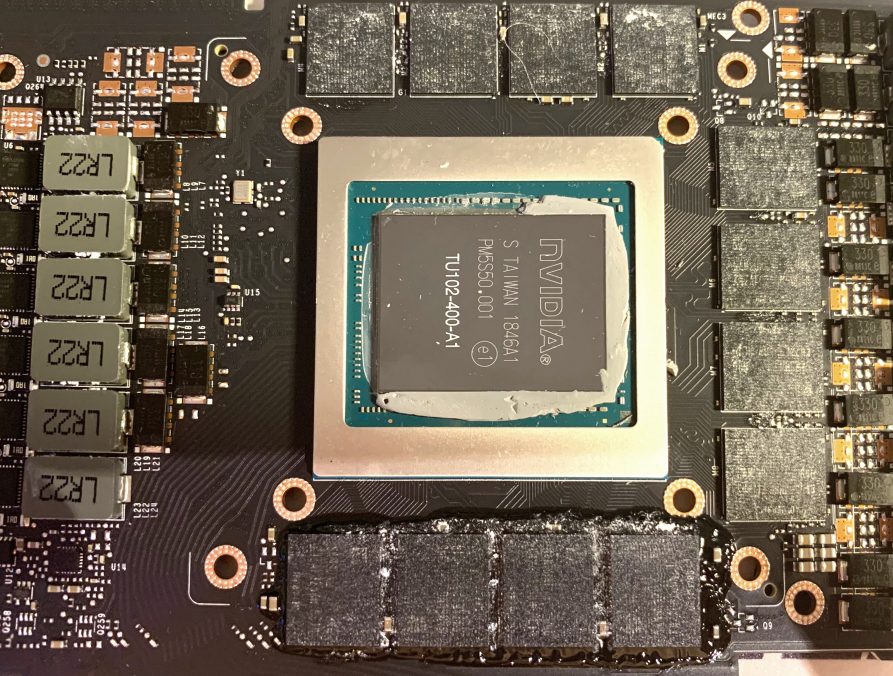 Officially, this changewas never communicated, by the way, but one should hardly have expected that. Personally, I would also be interested to know whether this great adhesive patch is also applied to other cards in Nvidia's reference design, or whether the glue is so noble and expensive that it is reserved for the RTX Titanium. But at least it also shows that Foxconn is still (k)living.

Explanation of the SMT process with no-flow underfill and reflow

Since in certain forums there are always irritations and misunderstood interpretations of the term underfill, I want to insert here exemplary pictures from my own collection, which show above all one thing: the argumentation with the underfill is humbug. It is important to know that on the boards during the production of graphics cards (as opposed to the creation of the BGA packages with the GPU) a capillary underfill is very rarely applied, in which a small needle is guided around the component and the "glue" is injected there so that it effectively sucks itself under the soldered component due to the capillary effect. This process can only be carried out after reflow, also takes time and requires further thermal curing before manual assembly of the board and the final soldering.

In the production of graphics cards, the boards use the no-flow underfill process, in which the adhesive is also the flux. The advantage is immense, because the underfill hardens with the reflow and leaves no or only barely visible edges. I'll show you how the application works. First, the cleaned boards come into the coater as "twins". 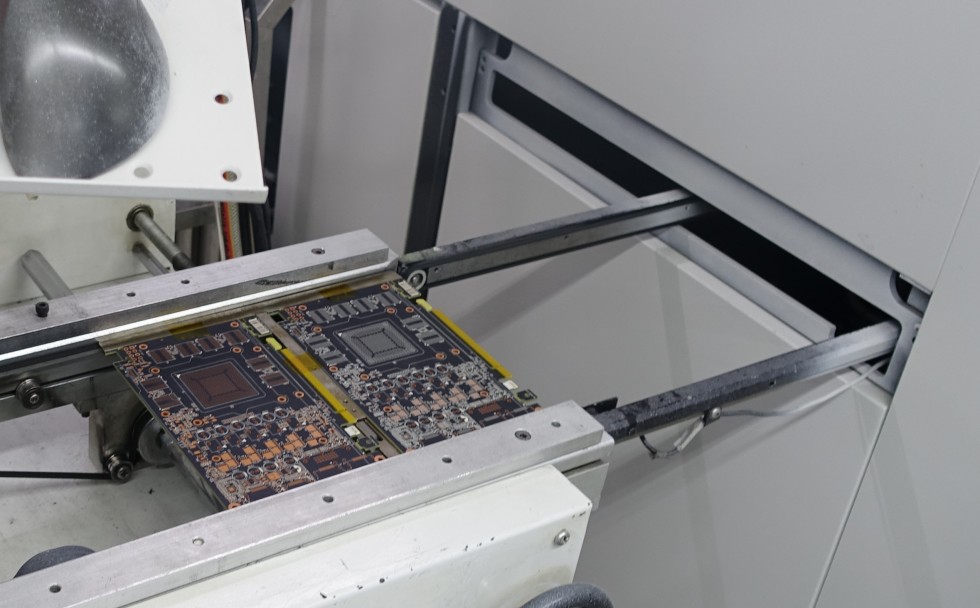 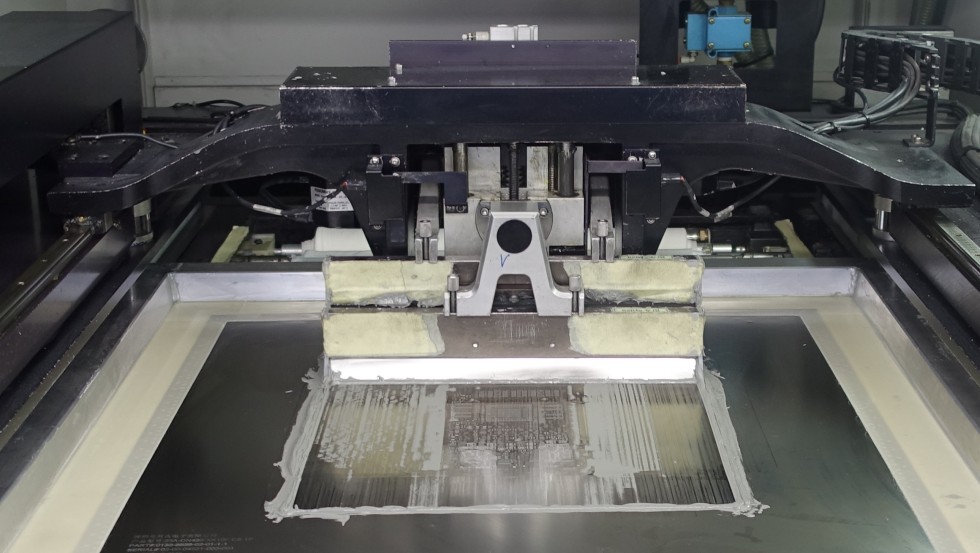 Now it is equipped by SMT. Caps, resistors, but also GPU and memory. 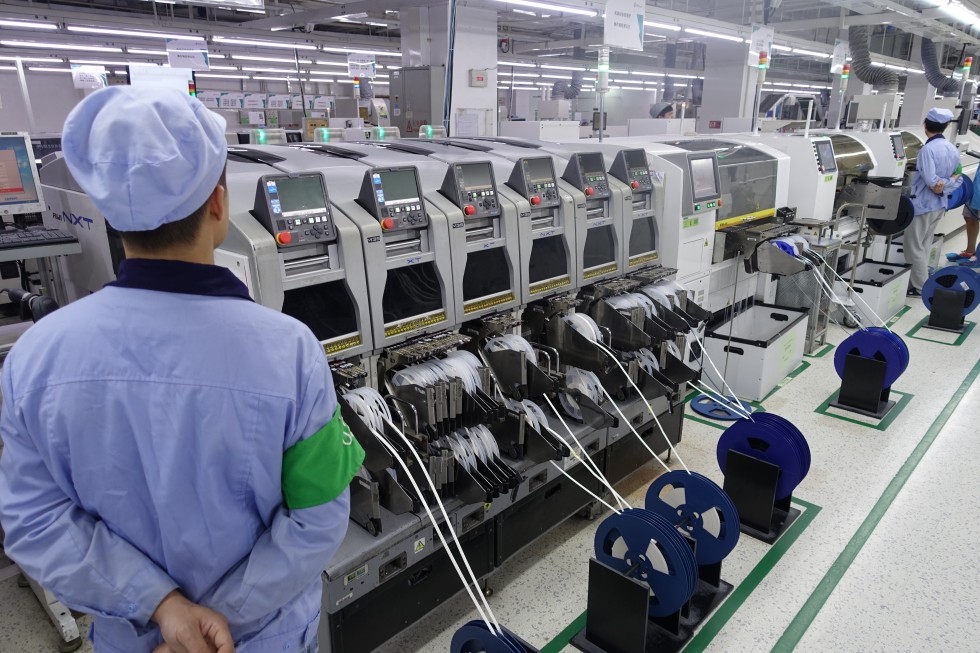 The whole thing then comes into the reflow furnace and is soldered (metallic compounds) and the filler hardens at the same time. 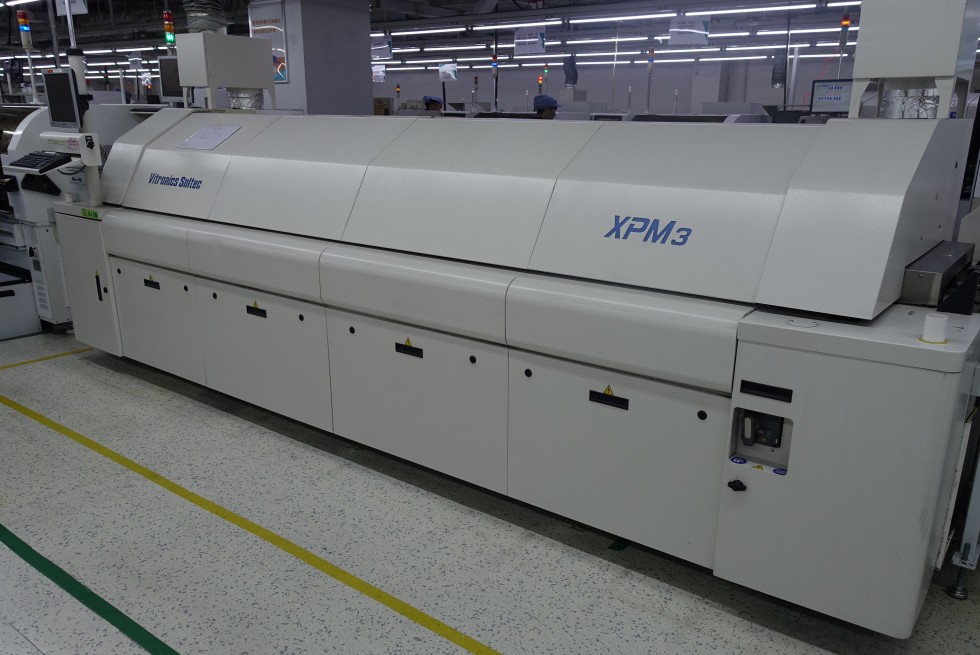 You can already see the preheating and cooling in the individual zones of the reflow furnace: 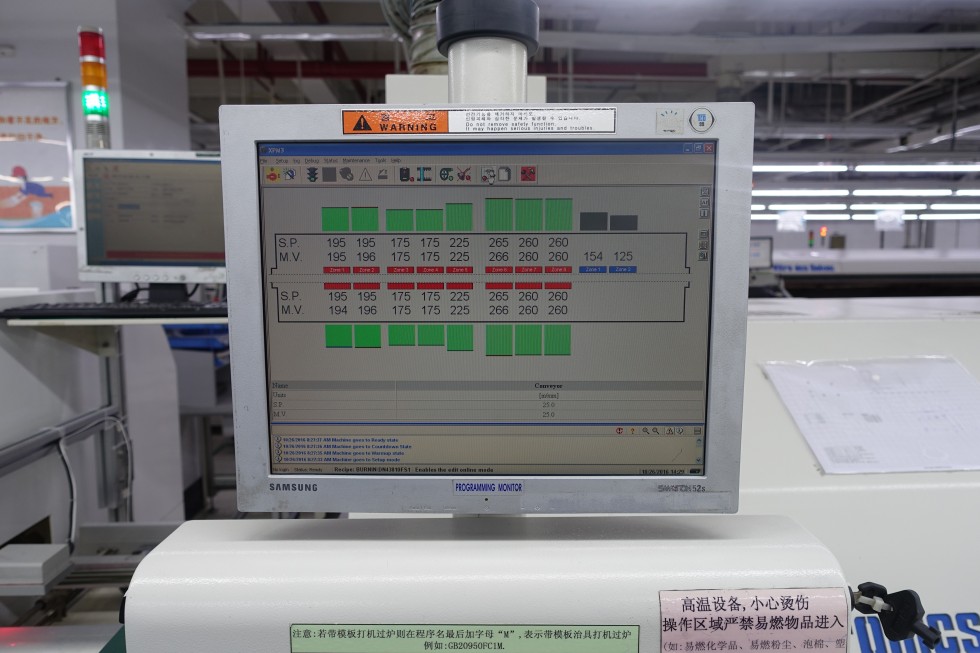 I give myself the remaining steps, but it also shows that, from a technical point of view, such "underfills" as the soup on the boards are not possible at all. Even the normal underfill procedures leave no such traces. This is pure reinforcement, i.e. the application of a reinforcing layer, which also protects the edges from tearing. But it can't be an underfill, because there's something underneath the modules.

From bare board to pretty packaging – Graphics card making quickly explained | igorsLAB
Green Easter egg? What we already know (and what we don't) about the GeForce GTX 1650