That NVIDIA’s Ampere would trigger such a hypetrain, one could have known, yes one should have. I had guessed it (even if not to the extent that it happened) and so I took the full risk in the end and let myself be tempted to a server move at dawn on the Ampere Hype special day. Thank God, because even if there was a little bit of hangover and children’s diseases the day after, the part withstood at first without complaint. Partially up to 1 million Requests in just a few minutes, with the old vServer the high-speed launch would have degenerated into a muddy digital trail, despite Cloudflare.

My thanks go explicitly to Benni, who did all this in a night and morning action. Of course, not everything is complete and optimized yet, but it is on the way to becoming so. And the important thing is that it’s working. If you take a look at the statistics of 16.09.2020, you will know why: 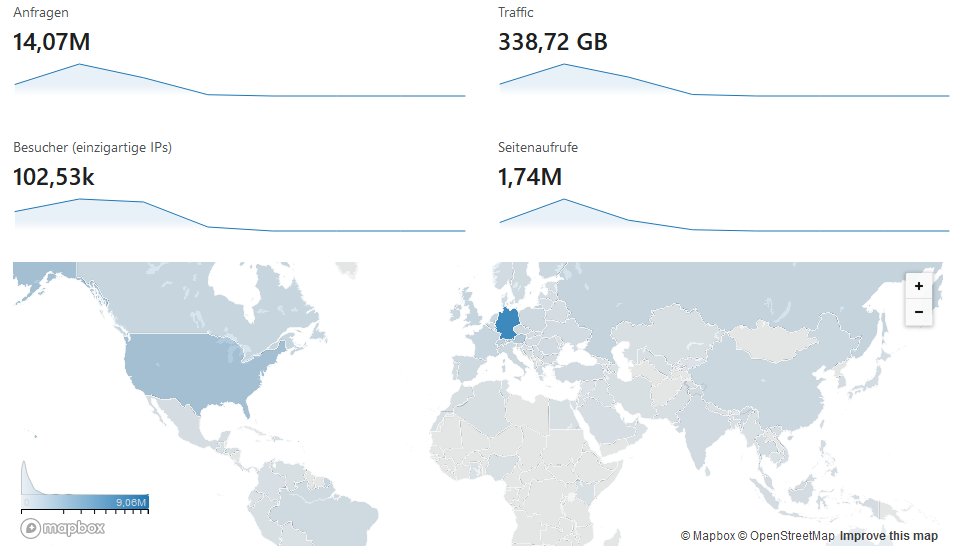 This is even more important than the hype around the GeForce RTX 3080, because graphics cards come and go, but the substructure remains and has to last a while. The change from Webgo and the SSD-vServer with 16 virtual cores to Hetzner on an own Epyc-Server with a lot of RAM cost some effort and money in the end, but it was really worth it. You can see that already. Especially since the bandwidth is now also ten times as high.

And there my thanks go of course also to all the donors, who now finally also see and you can feel at the speed of the site where the money has been flowing these past months. I also had to invest in the forum software including de-branding, bought the plugin licenses that were still running on the former Limited, and thus made the server move including the setup to a large extent. Thank you for that, no matter how much the donation was at the end, the amount makes it. And good will counts anyway. 🙂 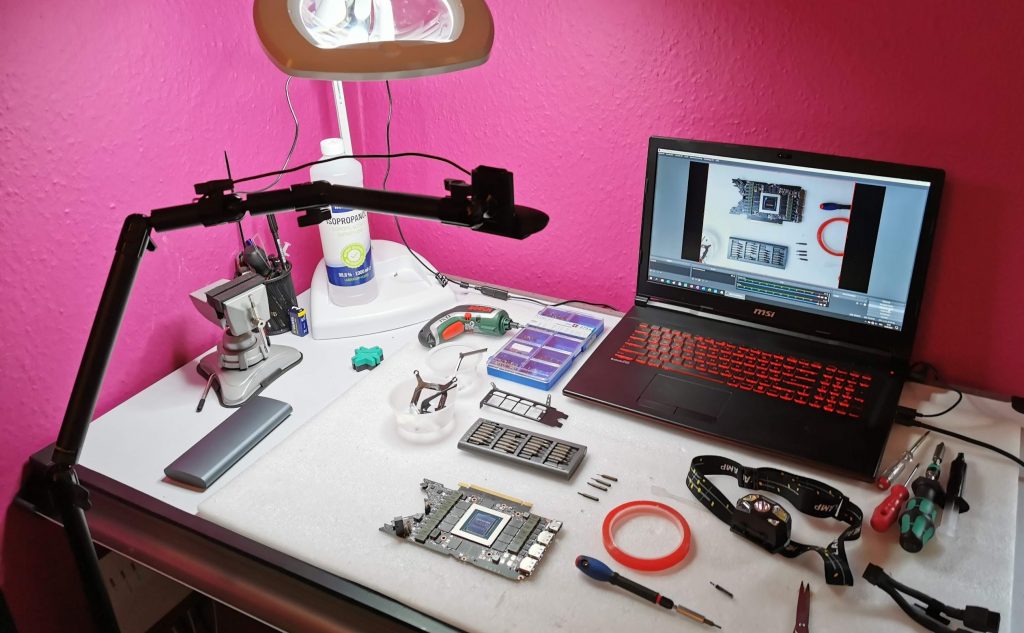 But the final reason for this hectic action was really NVIDIA with the launch of the GeForce RTX 3080 FE, which took almost a week of work as the article “NVIDIA GeForce RTX 3080 Founders Edition Review- a big step forward and the tombstone for Turing“. New tools, other metrics and several gigabyte log files had to be created. Especially since a lot of power flowed down the Digital River, where bots sucked the NVIDIA shop dry within seconds.

At least the basic energy requirements were covered in thevideo “How many watts does the GeForce RTX 3080 really need? The ultimate power supply recommendation”. Besides this huge review with all the benchmarks, the lab measurements and the final writing of the whole thing, the three YouTube videos with a total length of more than one hour were created early on the launch day parallel to the server move, which also went online punctually at 3pm. 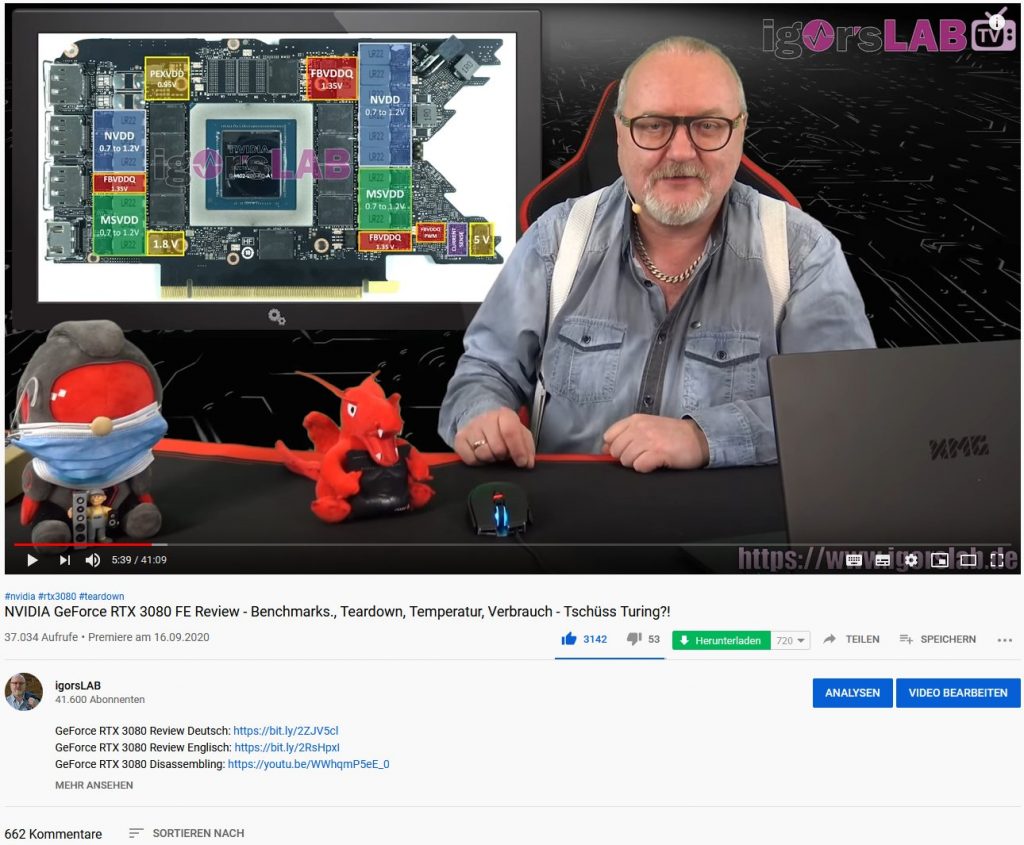 Speaking of YouTube. Does anybody still remember the unspeakable “Just buy it!” action of the former US colleagues exactly two years ago for the touring launch and my subsequent 100-years-ban in the forum of Tom’s Hardware US, which in the end led to the complete separation? The protagonist of the whole and not only indirect pioneer of my own site still tries his own positioning years later, let him have it. However, opinions about the success of the project are divided. No, this is not a follow up, but in the end it is a certain confirmation of having done everything right. 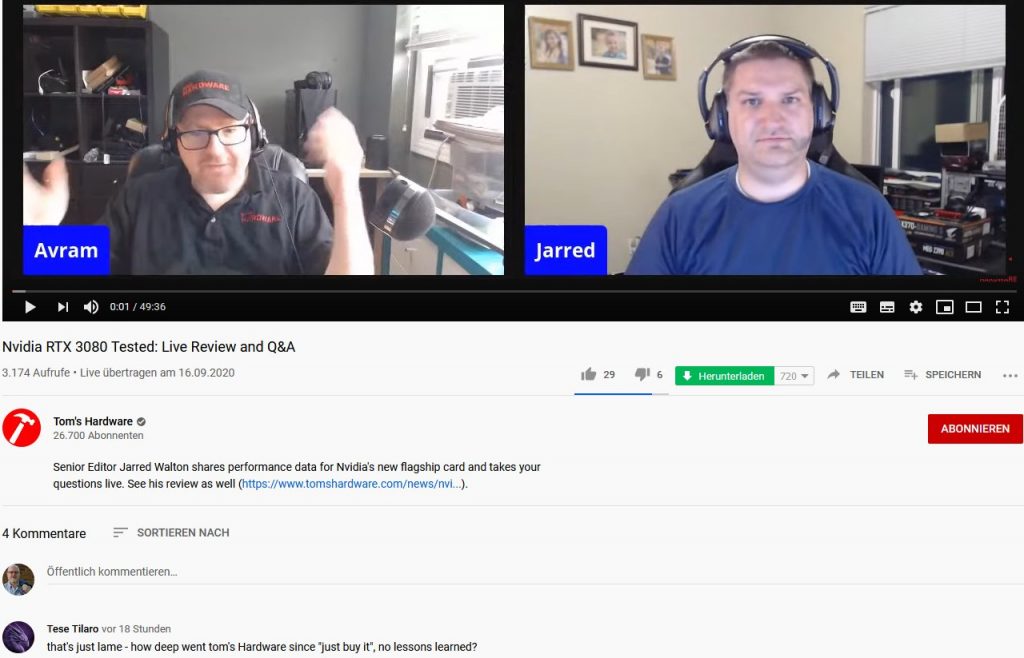 By the way, the GeForce RTX 3080 FE also had to be needled, and since the power tower was so high, the fun this time unfortunately lasted extra long. I had to disassemble the part anyway, so it is quite obvious to take the right measurements. You can also download a video “Teardown of the RTX 3080 Founders Edition for Water Cooling in less than 10 Minutes”. As a reward, there is also a tailor-made water block for which I can at least put my hand in the fire, at least in terms of measurement. There’s nothing missing from the scan. 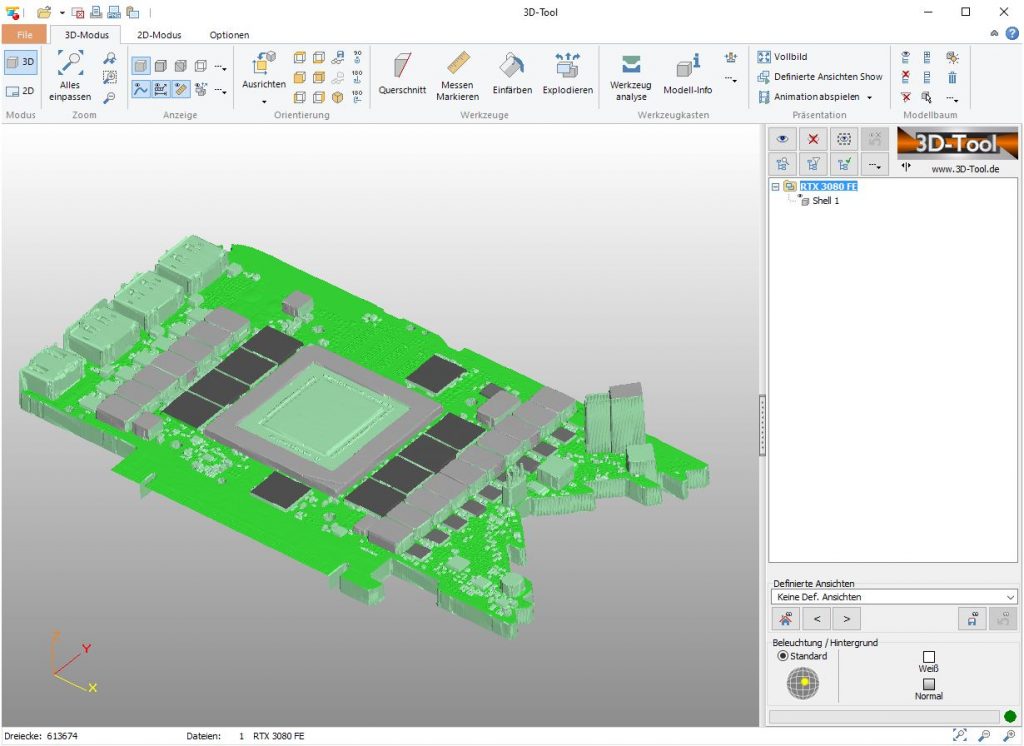 After the launch is before the launch, as we all know. And so the GeForce RTX 3090 FE will soon be on the doorstep. And there the review will only focus on the technical side, the suitability in the semi-professional area and 4K gaming, the rest would be addressed to the wrong target group anyway. After all the 3090 testing, the individual tests of the Ampere-Boardpartner cards will continue. What else? It’s the weekend. Morning.

GDDR6X at the limit? Over 100 degrees measured inside of the chip with the GeForce RTX 3080 FE! | Investigative
Teardown of an RTX 3080 Founders Edition for water cooling in less than 10 minutes! | Tutorial