It is nice, for all the euphoria, one must of course first of all put in mind that such cheap offers should hardly have what it takes to become the subject of archaeological excavations of future generations intact. You have to be so honest about material selection ... Microphone The omni-directional microphone built into a gooseneck does what it should and is supported at least by a pop and low-pass filter. The sensitivity is fine, the level strength at peaks too. However, it is e... It is nice, for all the euphoria, one must of course first of all put in mind that such cheap offers should hardly have what it takes to become the subject of archaeological excavations of future generations intact. You have to be so honest in terms of material selection and therefore durability.

But as a temporary bridging between the clearasil and self-discovery phases, there is really nothing wrong with this price if the product emanates reasonably usable sound emissions and does not just look at individual molecules crumbled.

The first answer is given by the scope of delivery when unpacking. Headset with a fixed flange-like gooseneck micro and a whopping 2.50 meters of a textile-coated cable, on which you could even hang up after an infernal acoustic key experience, so thick is it. But that will not happen, promised. Apart from a foldable quick guide, there is nothing else that you wouldn't have paid for.

The USB sound solution is integrated in the left earcup, but you don't need any drivers at all. Full RGB is not available by first hand and in the end it is the ideal on-night stand for headsets. Plug in, work and pull out afterwards. Driver corpses and other obligations are not imposed on you. So it's also fits the price.

Which brings us back to the price (must). An optical highlight as an eye-catcher is in vain, because everything is finely graded black in black, if you accept black as a color. Colour accents are created at least by using electricity at the end, with these blue LEDs shining, which are located behind the hole metal of the shell's back, which is also wrapped in elegant black. However, switching off is not possible, there are no effects and the can light always stays on. Until pulled out. The plastic brackets are the usual curved fiberglass rods that Chinese suppliers like to graft on foreign heads. In a way, they are even unbreakable, which makes the unavoidable first break point rather the automatically adapting headband with rope lift or rope lift. should look at the cables. But at least several drop tests from up to 1.5 meters high on laminate and the cheeky lasso swinging on the USB cable has put away the test object without grumbling and growling. 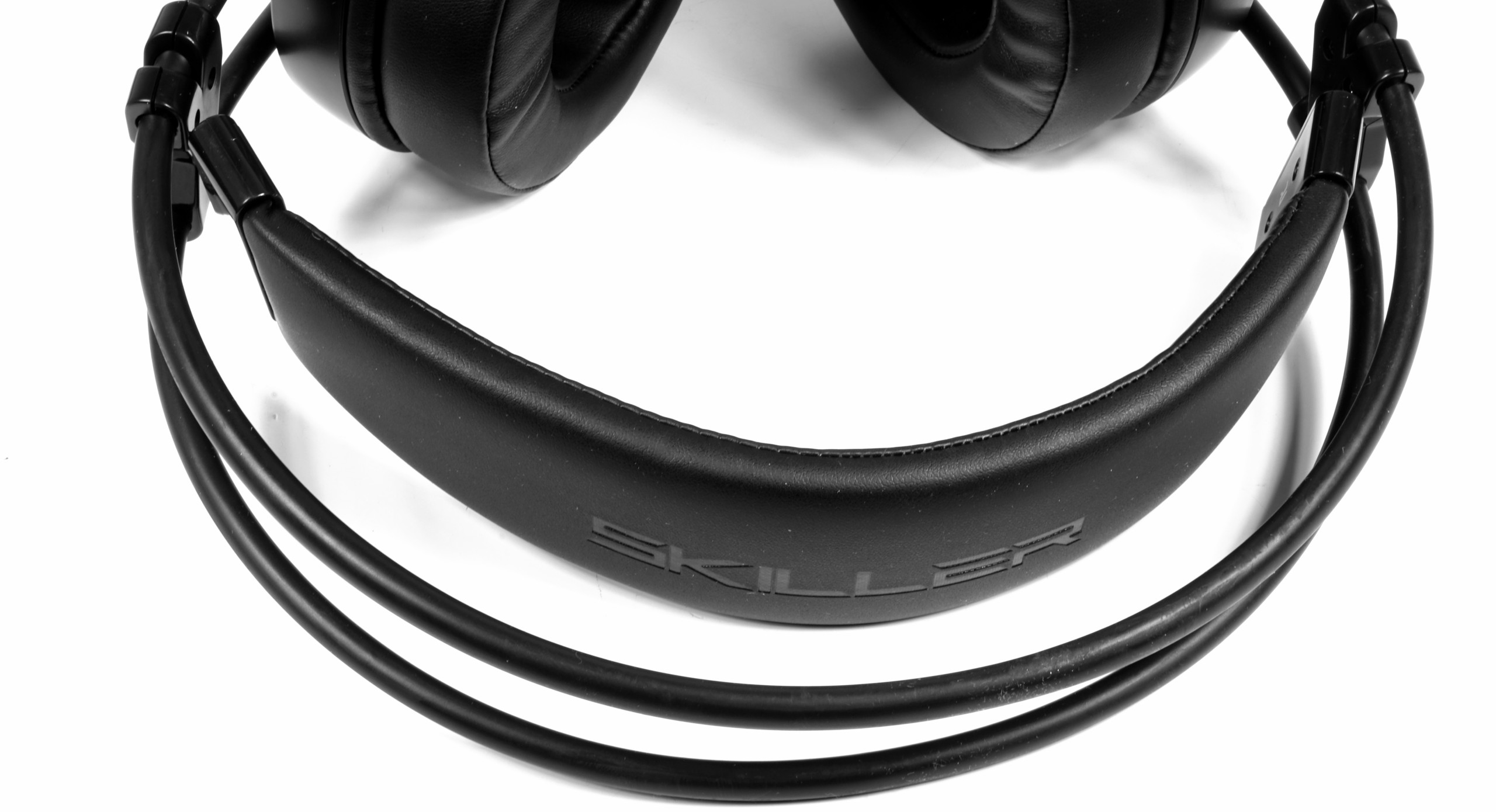 In addition to the usual injection-moulded bodies of the earcups, at least in the area of material selection, everything remains uniform in the low-price range, because neither the PU materials used to gently support the scalp under the belt, nor all the other Plastic parts of the mechanics breathe out a perfumed touch of value. But stop once you don't just fire it into the corner annoyed or brutally sit on it. However, the final answer to how long this will go well in the sum is certainly not yet priced in at the 25 euros.

The volume control is anything but intuitive to find and also quite tiny. You will have to get used to it first or better use the adjustment possibilities on the PC and leave the controller in full force ahead. This can even be done in good conscience, because a real noise is surprisingly not provoked. What you don't use in Firlefanz can't be noise either. The exact answer comes right away.

The ear pads are two rather baseless foam rubber rolls with thin PU imitation sheathing sheathing and not exactly stable in shape. But it is precisely these softies that guarantee the final seat of the earcups, because they can be kneaded unwillingly in almost any position and thus always close nicely.

Sound-like, this is quite funny, because the sound characteristics change audibly. On the positive side, however, this can also be used as a kind of hardware equalizer if the tweeter gets too much on your nerves. A bit of lopsided and already too sharp Sibilants become a mildly sour evening wind.

In addition, the attached upholstery can be removed and cleaned quite easily, which is often recommended, as there is no air compensation. Within this closed event, the microclimate drifts nonchalantly towards the subtropics after only a few hours.

Too much negative headlines at once? Then we come back to the price and the fact that most of the 40 or 50 euro headsets can hardly do it any better. And already the wet earlobe is better again, because you have saved half of it. Which brings us to the rest of the inner life. Time for a tear-down!

So let's screw the part on. The solid 50mm driver (nothing really stunning, but good home cooking) is glued in. Visually not beautiful, but beautifully practical and also common. The two boards separate in motherboard and auxiliary board with the volume potentiometer. The quality of the workmanship fits, the soldering quality also, even if you don't win beauty contests with it. The strain relief of the cables and feeders is fine, especially since we have already seen it much worse (although more expensive).

Inside sits as the centerpiece of the usual suspect. A C-Media HS-100B serves as a USB ear pacemaker. Square, practical, cheap. Good too, if you don't forget the price. Built-in DAC, 48K/44.1KHz sampling rate, headphone amplifier, pop suppression and low pass for microphone including 16-bit ADC and boost, volume control for playback – good standard without any real highlights. But also without weaknesses. In contrast to the CM56xxx in the significantly more expensive USB headsets, the many mixer and sound-worsening features are missing, but you can do without upside-down DSP if the base is right. 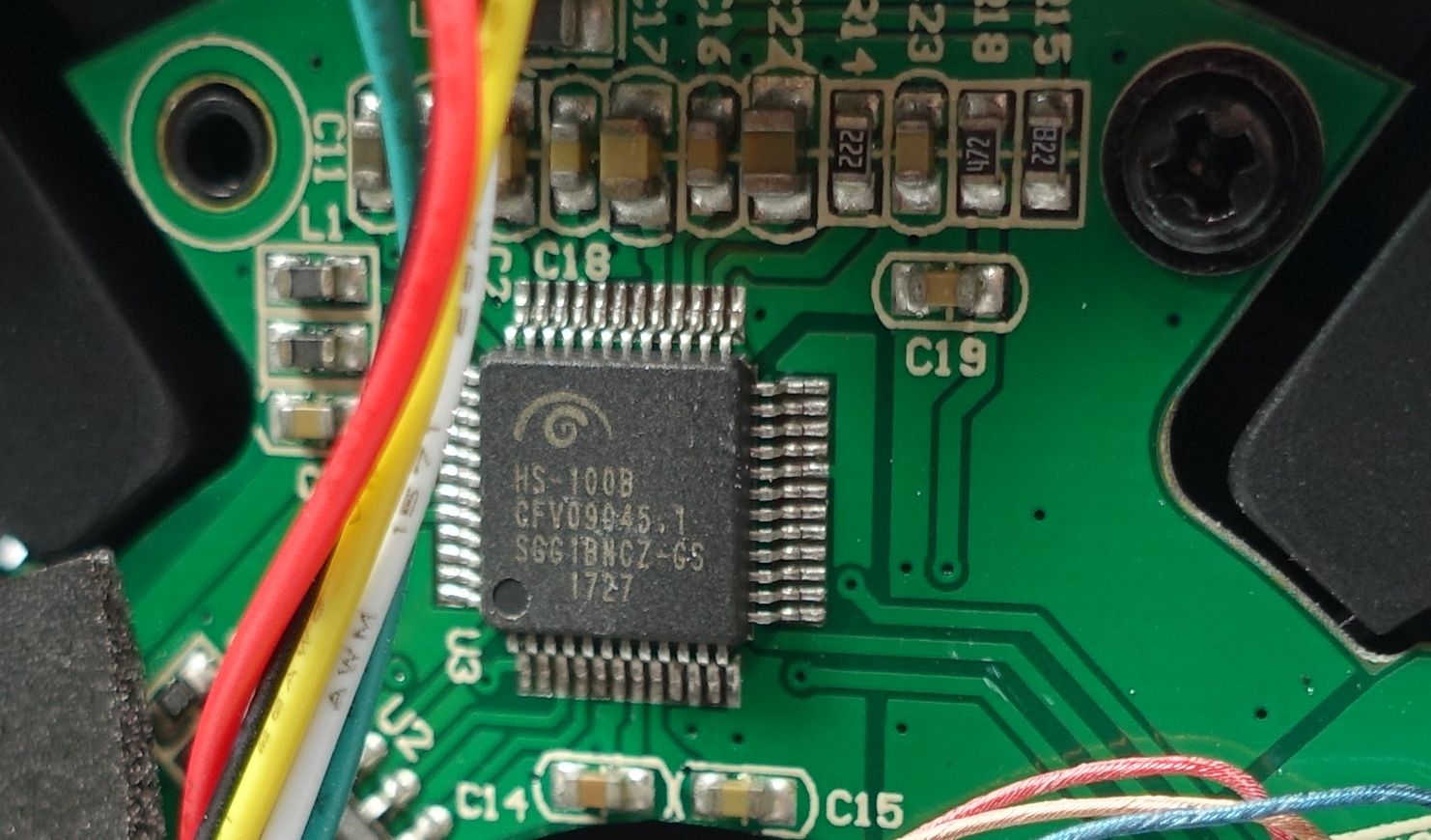 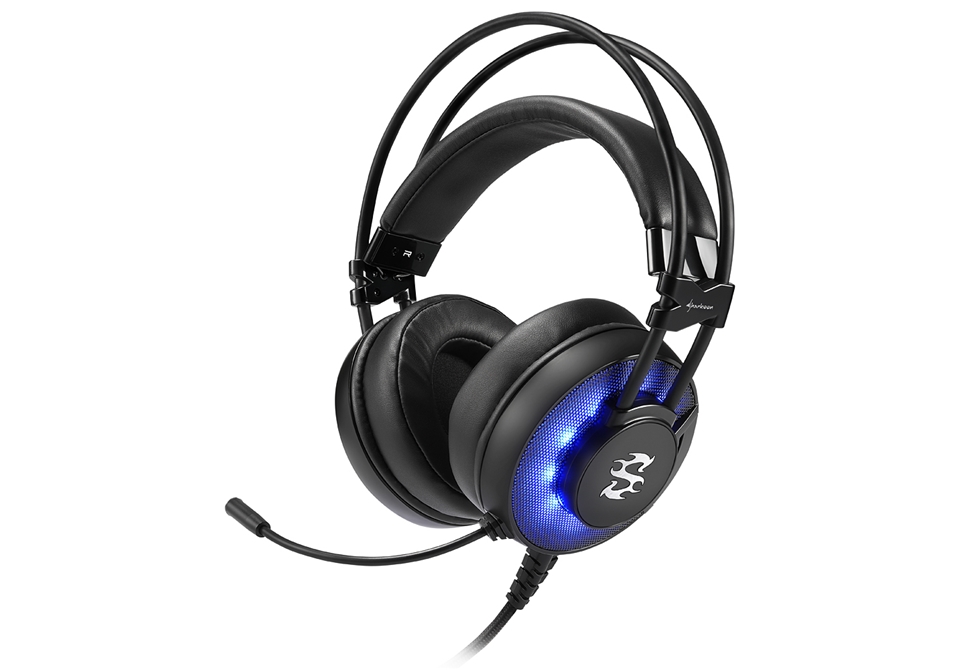 Which would have brought us to the LEDs, which use a plastic light band as a large-scale photon distributor and are fed via the board. The sober-crisp blue with the countless atriums wears up quite strongly visually and you can unfortunately not switch it off without brutal mechanical intervention as a total operation on the cables, but the target group will probably like it so. And if not, then at least the price comforts you in case of need.