Samsung has made a monumental leap with the Galaxy S20 Ultra in terms of hardware specifications, features and, above all, sheer size. It's an absolute beast from a phone and to find out exactly how it all works now and especially what you've done inside (and how), iFixit took the flagship apart and decided to show us more by video.

The Galaxy S20 Ultra Teardown also shows that the camera alone takes up tons of space. Samsung is certainly very proud of the galaxy S20 Ultra's insane camera setup, and if you look at both the images and the videos, the 108MP sensor alone takes up a lot of space. By the way, the disassembly of the phone by iFixit was very tedious, and while the dissolving of all these ribbon cables was quite easy, the real challenge with the Galaxy S20 Ultra was to remove the battery. 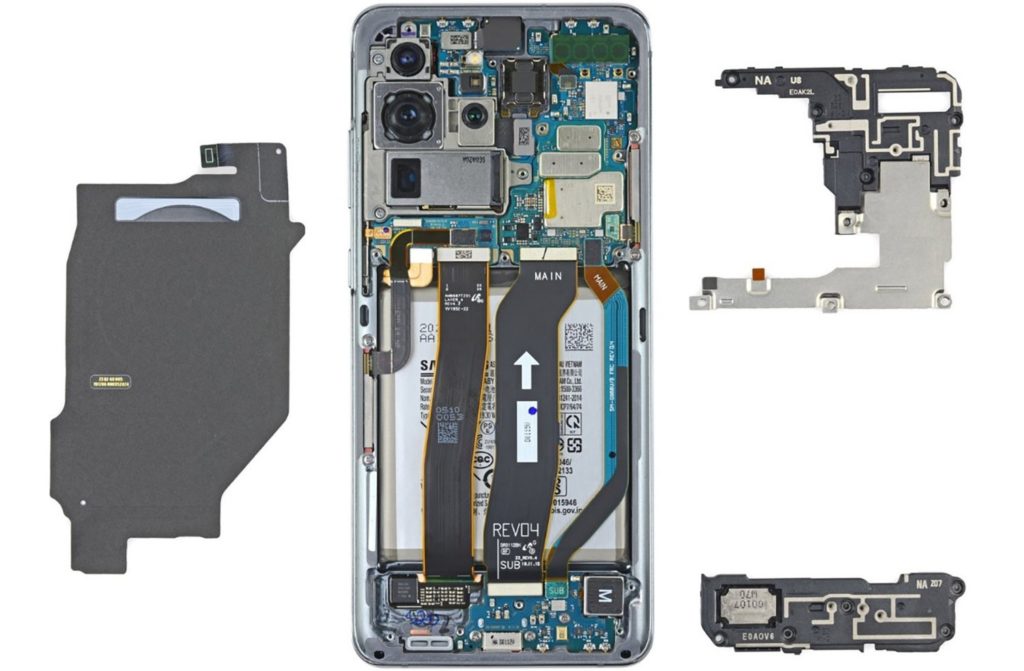 The process was so difficult that iFixit had to remove the huge 5000mAh battery with a strong suction cup because it was stuck through all the glue. Large quantities of adhesive were used in various places, which means that the possible breakage was greater and the repair of the flagship would probably be very difficult. Since most components are held together by a single logic board, replacing the entire board could end up costing a lot of money.

iFixit gave the smartphone only a repairability rating of 3 out of 10 points. The video below, which shows the whole process, is really worth seeing and it can of course be discussed in the forum!

Thanks to the Sandcastle project, Android 10 now even runs on some iPhones – blasphemy or utility?
NVIDIA GeForce RTX SUPER mobile GPUs up to 50% faster than previous generation – RTX 2080 SUPER and RTX 2070 SUPER in detail