In the end, it was only a matter of time before the effect I leaked of the revaluation of the RTX entry-level models with the artificially braked non-A chip of certain Nvidia cards, such as a GeForce RTX 2080 in the form of a suitable BIOS in the wild and this firmware also appears in the BIOS collection of Techpowerup. If you would like to know what was in the room at that time and is now also practiced internally in the form of the changed firmware, you should watch the video attached below again.

The fact that Nvidia then changed the planned hardware again in response to AMD's Navi in response to AMD's Navi no longer matters at this point, because there are still tons of cards in circulation with the braked chips in circulation. Coincidentally, as the owner of an MSI GeForce RTX 2080 Aero with the reference design, one of our readers found such a BIOS of a Gainward RTX 2080 Triple Fan in the BIOS database of Techpowerup and used it on his Aero, where flashing was possible without any problems. 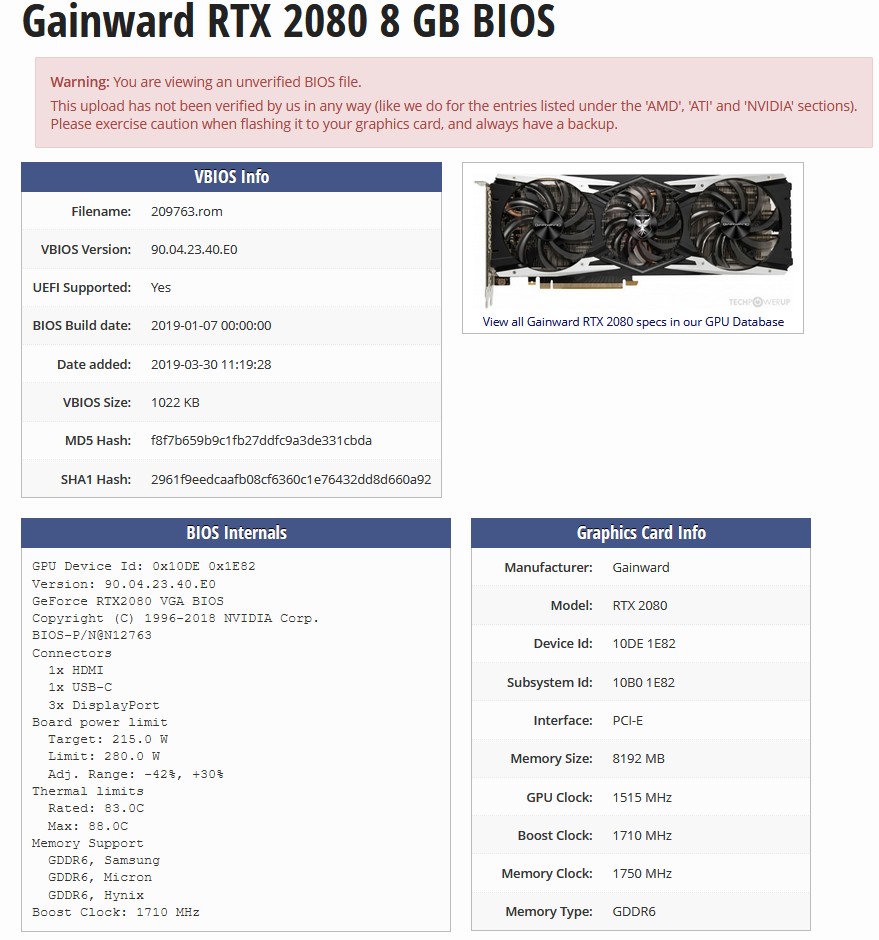 What is particularly interesting for the water cooling conversion is that the maximum power limit has now risen from the 240 watts of the most indented original card to the 280 watts in the new BIOS, which was also able to grab the more expensive reference card with the factory OC. However, this "factory overclocked" RTX was already a kind of exception with its own hardware ID.

The fact that after such a flash the fan control no longer works perfectly is of course comprehensible and also expected, because it is e.g. in this case, the Gainward Triple Fan is a completely different card. Either, as a non-water cooling remanufacturer, you then use a suitable software to or you simply search the BIOS database for more than one bioS, if another BIOS has not appeared, whose fan curves are more similar (and more appropriate).

In the meantime, other BIOSes of various RTX 2070 have also appeared, such as from Palit and Gigabyte. Of course I would be happy about further feedback and for all those who have already forgotten the video at that time: here it is again (yes, those were still times!):