My preference for the Thermal Grizzly Cryonaut is due to its performance and consistency, because in many situations I have to remove and reassemble coolers quickly and especially very often. But such a very liquid paste also has minor disadvantages, because it is and remains a garish schmand, which not only settles almost unwashable in textiles, but also clings to circuit boards and in the worst case between small SMD components for the Eternity sucked in. Skills back and forth, something always happens...

My preference for the popular Thermal Grizzly Kryonaut is due to its performance and consistency, because in many situations I have to remove and reassemble coolers quickly and especially very often. But such a very liquid paste also has minor disadvantages, because it is and remains a garish schmand, which not only settles almost unwashable in textiles, but also clings to circuit boards and in the worst case between small SMD components for the Eternity sucked in. Skills back and forth, something happens every now and then.

In recent years, I've tested pretty much every pad I've been able to get hold of, from the simple metal pad with burn-in to the innovation cooling graphite pad that has been tested here, which can be used multiple times. Everything was kind of ok, but that's it. Top performance looks different. And since, as already mentioned in the video with the polymer paste, I have various test objects with polymers, I tested a pad today. 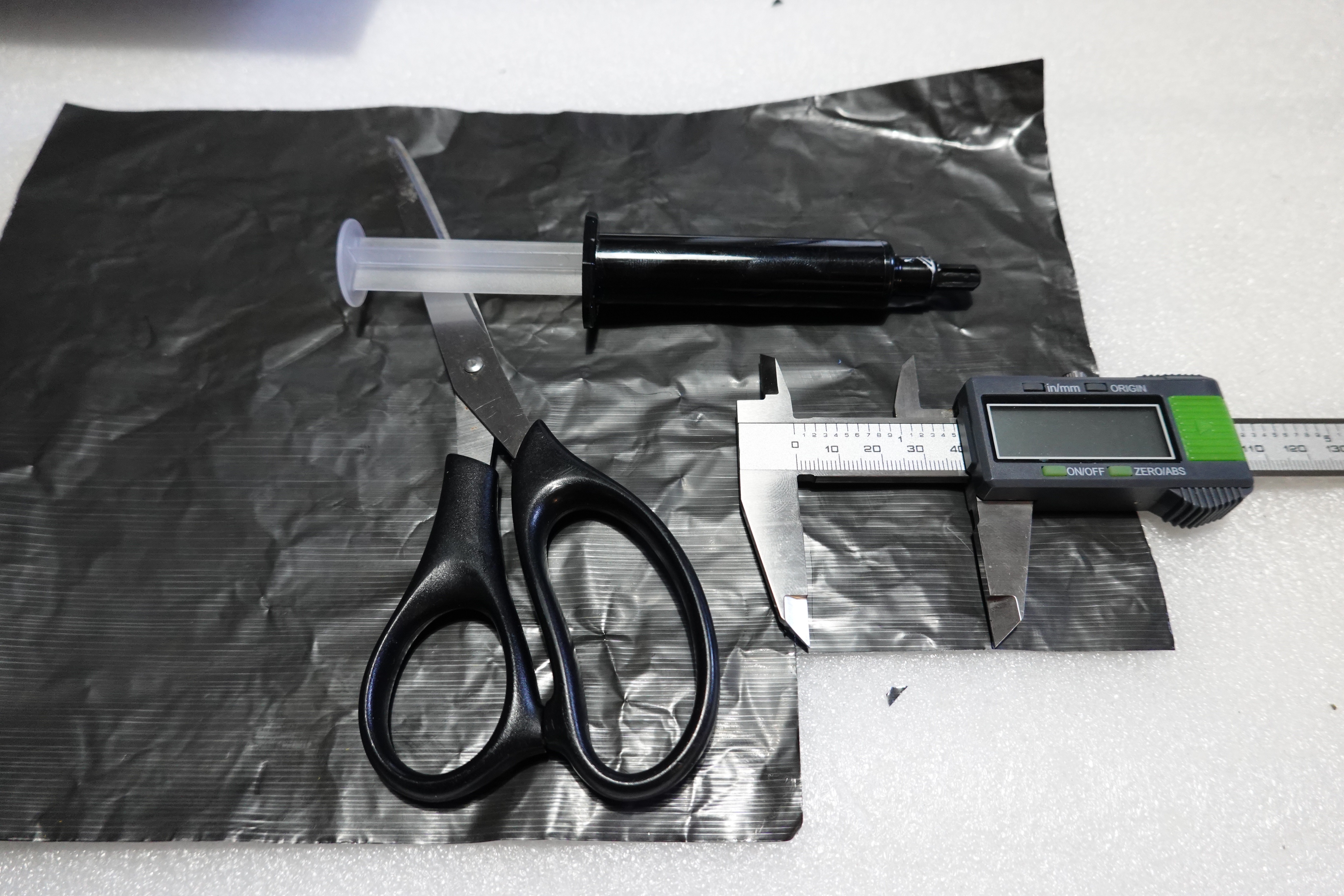 This pad is a combination of the thinnest aluminium film and a polymer coating on both sides, which contains a lot of graphite fillers, which explains the dark grey color. This film is thin, does not stain and is also easy to process. If such a thing were to be produced for the retail market, a page with adhesive properties would also be technically possible without sacroting on cooling performance. Such a thing, already assembled for the right CPU size, would probably be the dream of any housewife who hates thermal paste like the plague and the dream of every screwdriver who just has to stick one more.

But until now there were always performance problems, so I was still very skeptical at the first run whether the whole effort was worth it at all. I have plenty of time and every wasted hour hurts extra. But this time I surprised myself positively, even if there was still a certain hurdle to overcome – at least for the faction of ultra-cool water-planning. But with creative mode enabled, the burn-in will also work in your sleep. Promised.

A thick Intel Core i9-7980XE is used, which I use with approx. 285 to almost 300 watts in Prime95 with 4.5 GHz on all cores. The first run I did with the Thermal Grizzly Kryonaut, which really beat itself very respectably. So the measuring time was really extremely high. So it's going to be hard, but hopefully not impossible.

Burn-In for beginners – the clever solution

I wrote it to the polymer paste that this material needs a burn-in temperature of 51 °C (or more) to perform really well. Only then does the nanopolymer liquefy to expand, filling all the holes and crevices and then becoming firm. It can then no longer dry out and the shelf life is really extremely long. Only how do you get a good water cooling to over 50 °C? Because at least the top of the pad is directly below the coldplate.

You don't have to tolerate such high temperatures in the circuit, whereby with a simple AiO water cooling there is still the chance of reaching these temperatures in the normal state. The same applies to air coolers. But how do you get the burn-in with a large water cycle harmless? 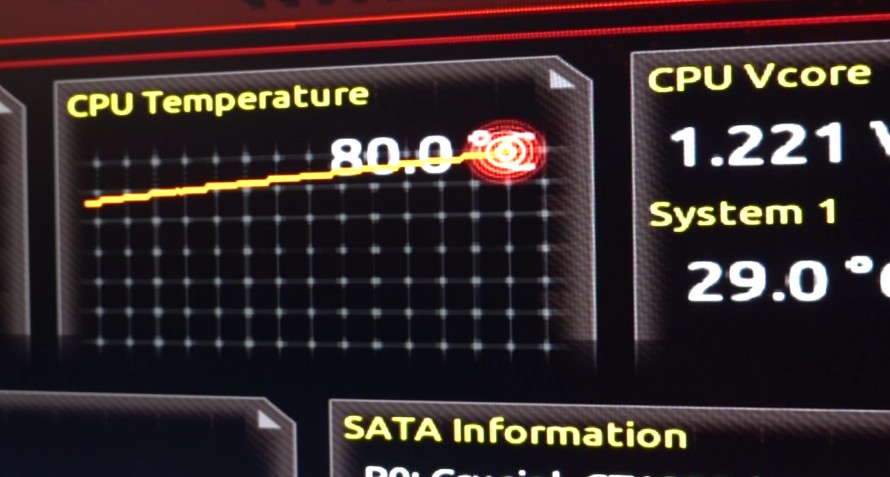 I just start the PC up to the BIOS. Since no energy-saving options are active here, the CPU runs at a light load and at least does not warm up arrow-fast, but rather slowly when I stop the pump after the BIOS start. Then I just wait until I reach the temperature of e.g. 80 °C for the Intel CPU (according to the BIOS display) and turn on the pump. Now everything should cool down abruptly. If the burn-in is successful, the temperature drops here as well.

The test, accompanied by the Igor-Cam

Before the burn-in, this was 34 to 35 °C in the BIOS, after that only about 24 °C. So even at low load 10-11 degrees less. If the pump were to be stopped again, the curve of the temperature increase would be much flatter. Then you have already won. The even more detailed answer, the more detailed product description, the type of cropping and assembly, as well as the temperatures in real time very much your son in the video, the Igor-Cam was again incorruptible at the start. There I not only show the handling, but also comment on the possible availability for the end customer:

These 20 minutes of video are worth it. Out of respect for your nerves, I forgo frantic cuts, loud one-players and frantic movements in the influencer pogo. No, this is laboratory-appropriate deceleration, but it does not in any way encourage you to fall asleep. Just for thinking. Incidentally, I am too lazy to cut anyway and so everything is again 1:1 standup, including small promise and wobbler. But high gloss is something for the unpackers, here we also work.

As shown in the video, the disassembly is a slap in the eye. The water block is really easy to remove and the pad sticks completely to the cold plate of the water block. There is almost nothing attached to the CPU, so you wish. 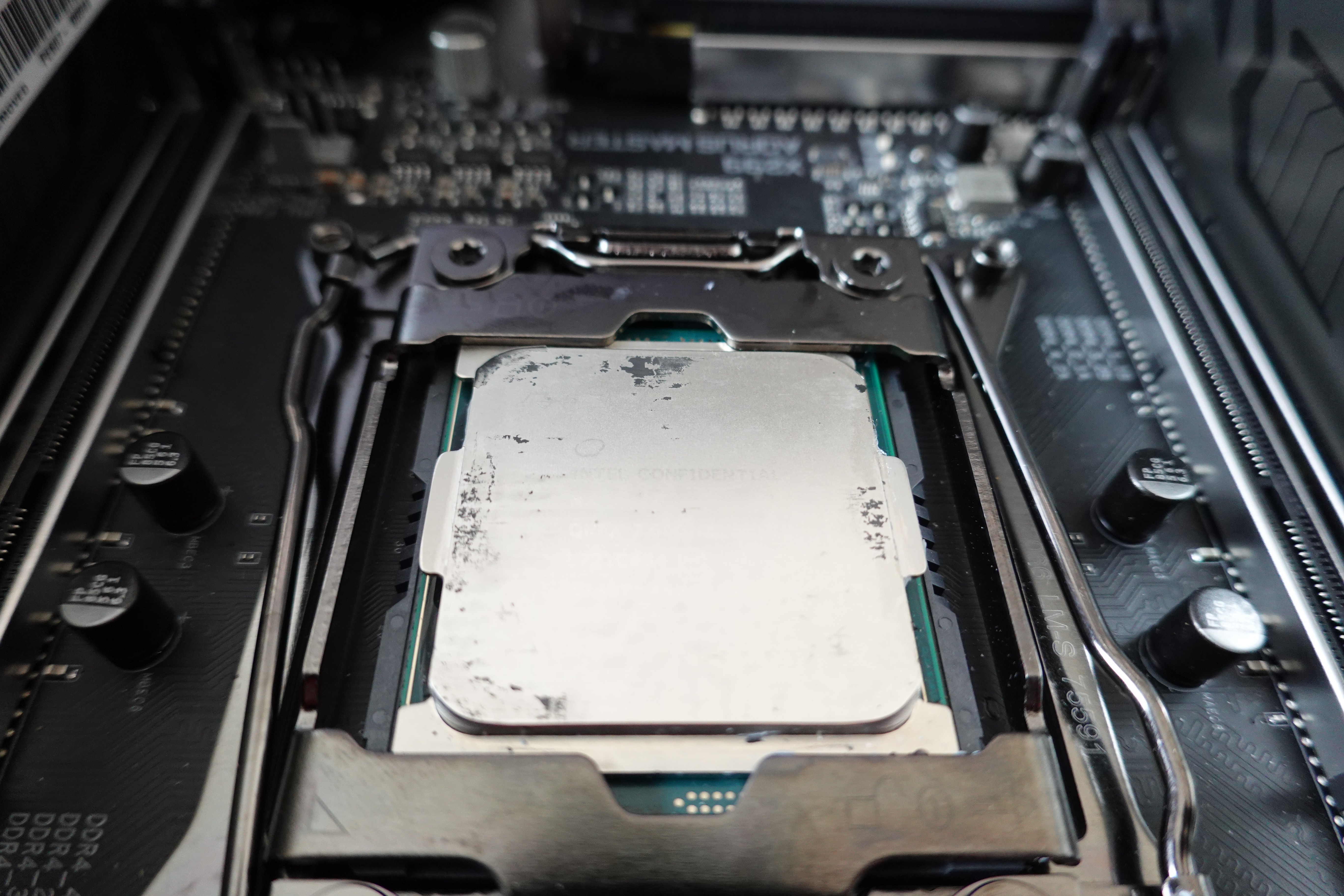 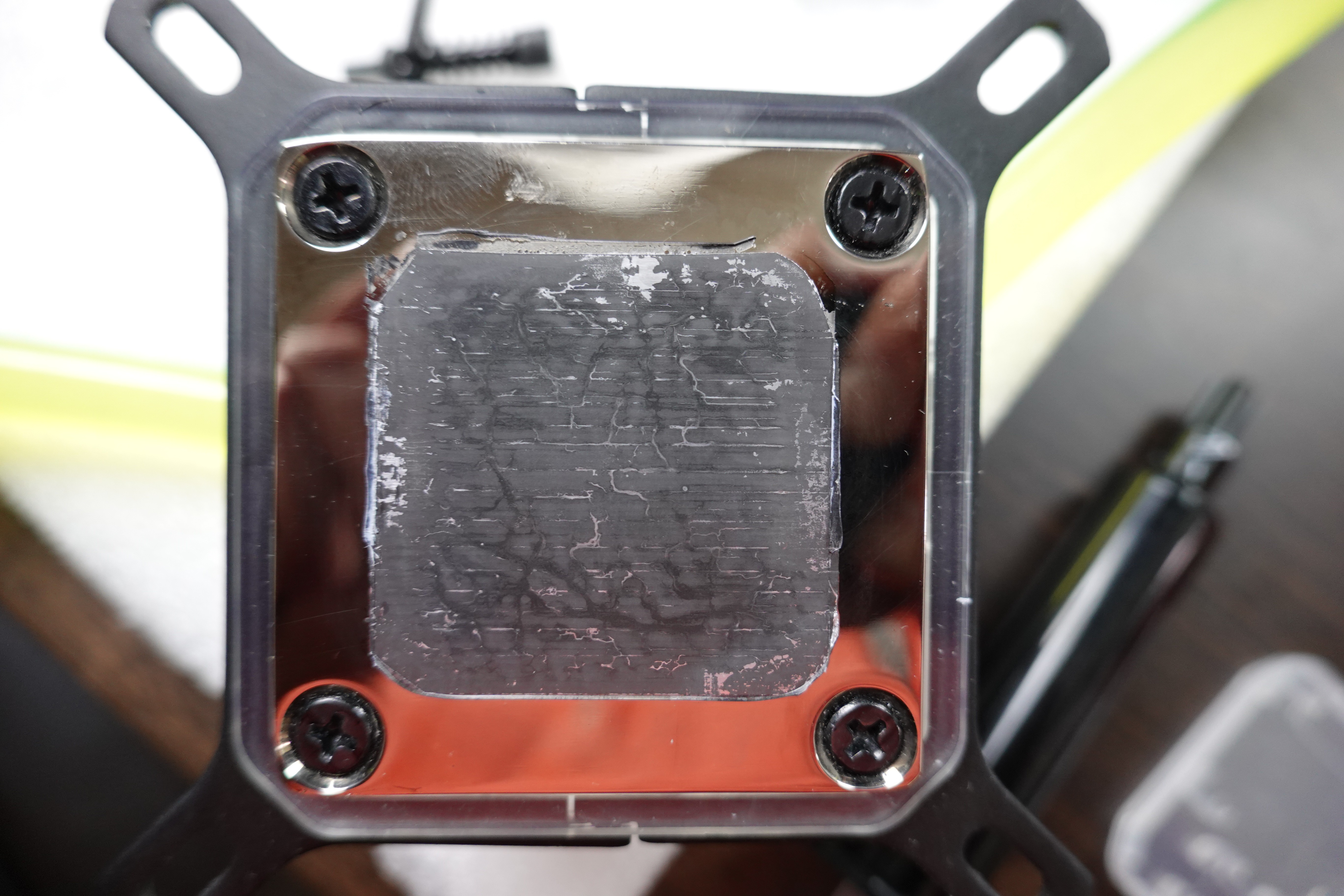 The pad can also be easily peeled off the water block and you don't even get your fingers dirty. And where else you muddle around with paste leftovers and glue tons of kitchen towels, there you have this immensely relaxing, alcoholic wipe-and-way effect. It's a joke. 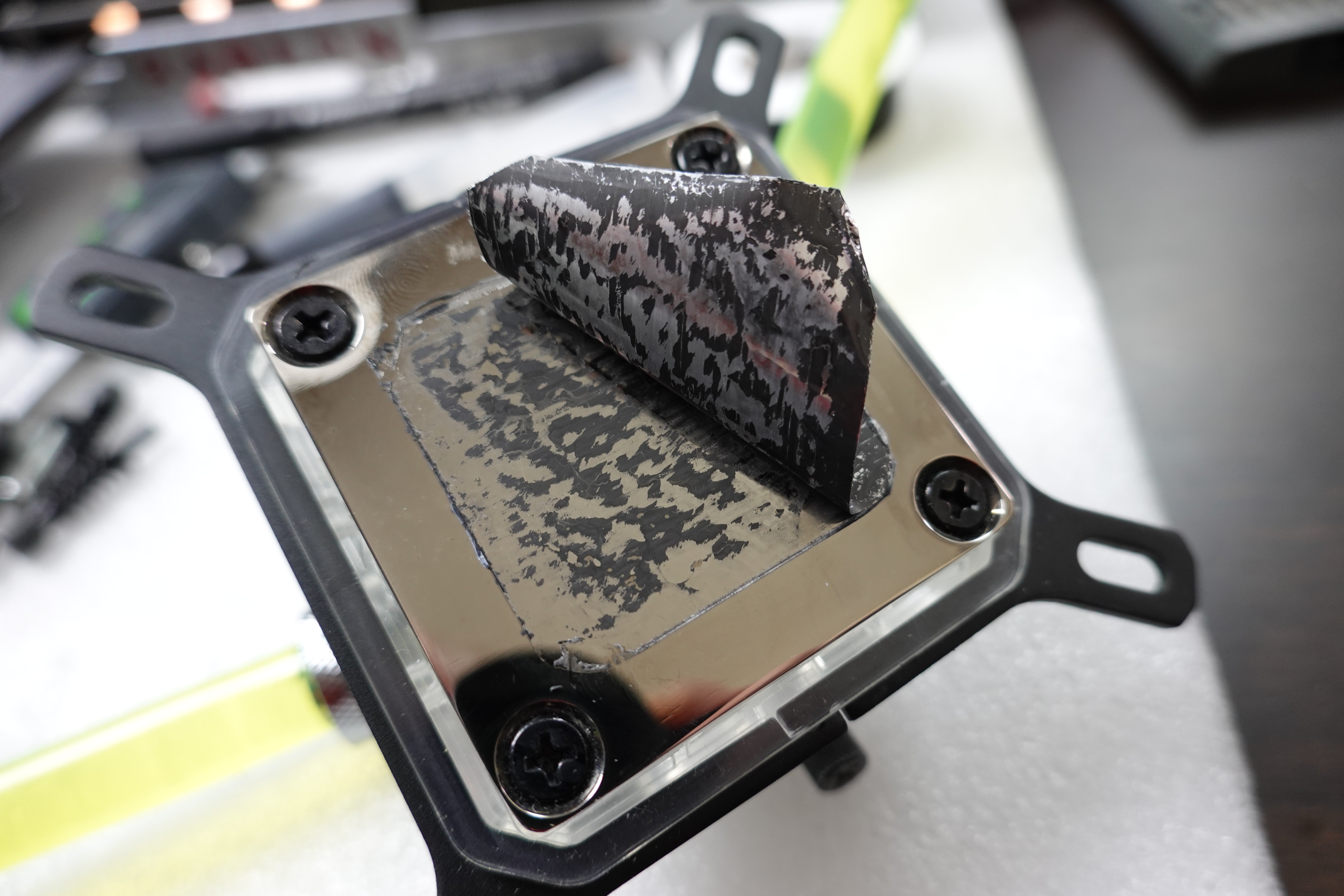 I put the pad surface under the microscope before the test. You can already recognize the small polymer beads with the graphite fillers. In normal view, however, the surface appears smooth and homogeneous. 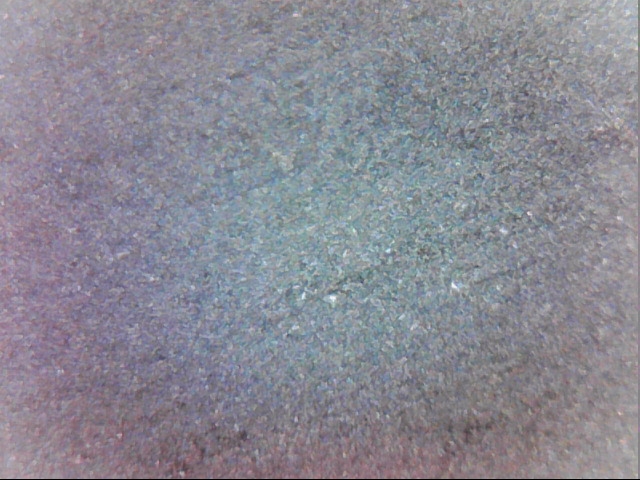 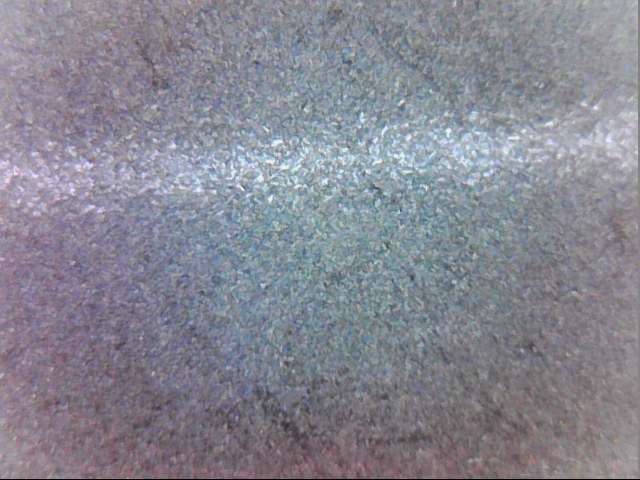 The polymer surface after disassembly shows (if the tears are set aside by removing them), that the grain size has become slightly larger in height and the color appears a tick darker. 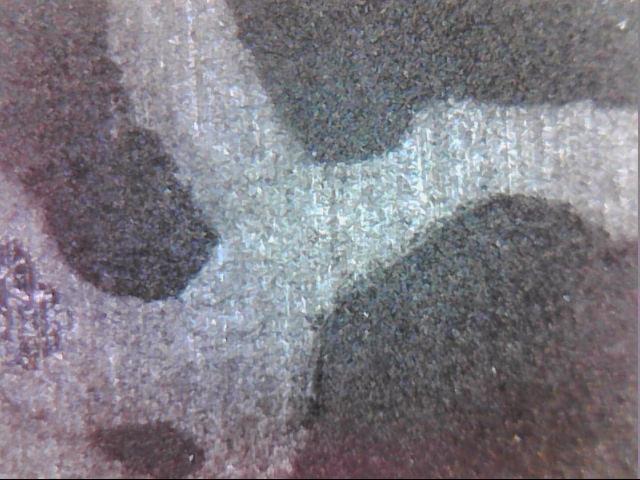 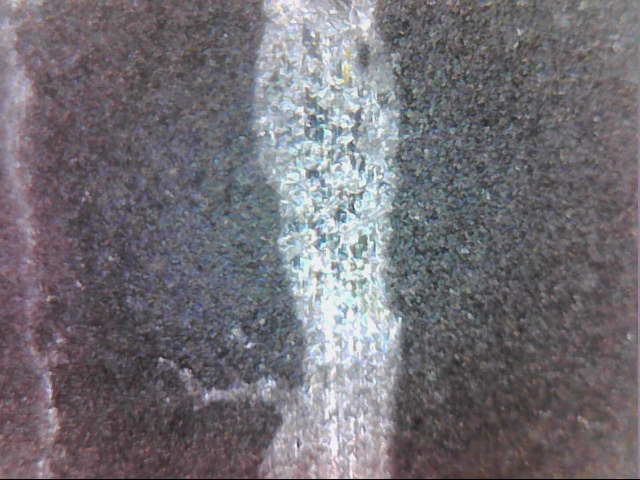 Runs somehow today. The pad does not achieve the performance of liquid metal, even this manufacturer cannot reinvent physics. But the performance is pretty much exactly on the point of the Thermal Grizzly Cryonaut, which I personally find amazing. The advantage of cryonaut is the unnecessary burn-in, the disadvantages I had already described at the beginning. No, this pad isn't the all-new miracle and retaliatory weapon against too much waste heat, but it also shows why high-tech devices prefer to use durable pads rather than paste.

With 22 to 23 °C package temperature in the idle (Windows 10 desktop), both test objects are completely equal. in both I measure the delta of 2 °C to the water temperature. That is really excellent. Under load after 15 minutes, both measuring temperatures for the package temperature oscillate between 61 and 66 °C, with slight advantages for the pad. But here we are, and we have to limit it to be fair, already within the tolerance range. The core temperature of an average of around 49 to 51 °C (limit values at 45 and 60 °C, deviating from the core) are almost the same.

The bottom line is that I find the temperature values achieved here with the Chiller and such high power losses for both products excellent. Honour, so to whom honour is due. There has to be so much time. There is no real winner in the measurements, but cleaning and applying was easier and, above all, safer with the pad. Only the burn-in for weak CPUs or very good coolers is a hurdle to know. With this result in our luggage, we are happy to take the next step. Let's see what happens next. Who will come forward… 🙂

Four water blocks for the GeForce RTX 2080 Ti in final comparison
Laboratory Diary: Heating Analysis on the Motherboard for Our Tests with an Aorus X299 Master | igorsLAB