With the Sound Blaster GC7, Creative is primarily targeting streamers and gamers whose focus is on combining the best possible immersion with easy and convenient communication. So it’s more of an acoustic  two-way street rather than a tonal one-way street for sound-loving nitpickers. I am fair enough to consider this principle and also the offered features accordingly and not only from the point of view of a pure audio lover or audiophile. That would definitely do an injustice to the concept. 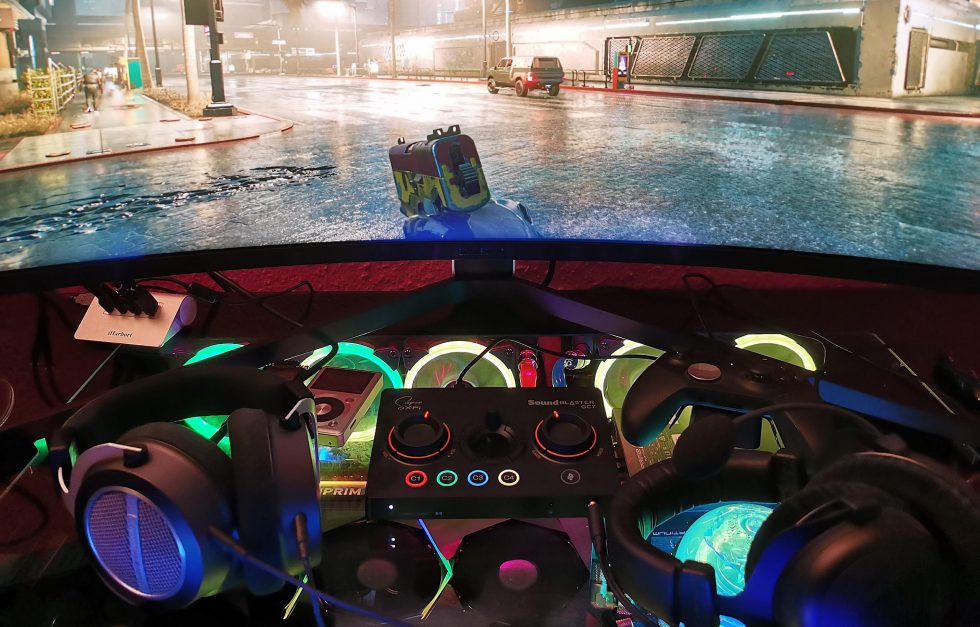 Nevertheless, you have to question some things and also become aware of what you are actually buying for 150 euros. The Soundblaster GC7 has been around for a long time and there are many (euphoric) reviews about it. Especially the mostly unfiltered adapted PR content in many reviews almost provoked me to test the part once. Since I also own a colourful gaming table, I simply banished the GC7 to it and confronted it with various challenges and my rather extensive headset and headphone collection.

I’m not a streamer, but I have a communicative emergency often enough and use even the idle time in games often enough to discuss one thing or another with colleagues and clients on the side. Multitasking and as complex as parking, taking care of the kids and calming down the wife at the same time. And to put it first: despite all the criticism that might come up in the course of the article: that’s exactly what the Soundlaster GC7 was designed for, and that’s exactly what it can do. We’ll talk about the rest in a minute. First I have to unpack my new acquisition. 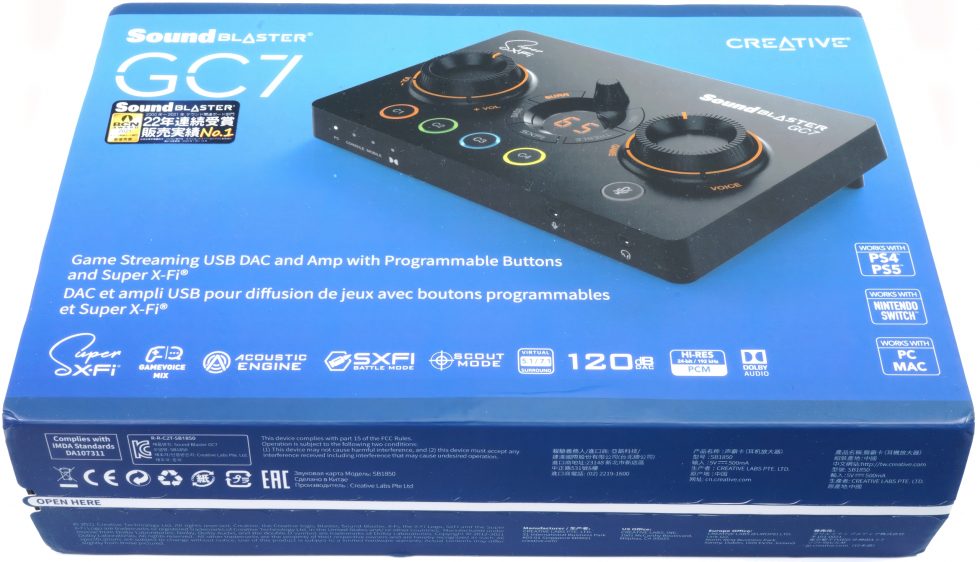 You get what you need, not more, but also not less. The GC7 as a device comes together in the box with a USB-C to USB-A cable for power and data transfer to PC or console, a 3.5mm jack cable and a fairly short optical cable (SPDIF). A printed quick start guide is also available, the rest including software download can be found on the Creative homepage. You can also use the GC7 without software, but of course you will miss some features.

What does not work at all, shows the next picture after the unboxing, which I always do with white textile gloves. And yes, the box was original sealed and retail. In other words, what you get as a customer. If there’s one thing I don’t like, it’s dust and fingerprints on new devices. The one that was packaged here has definitely not been refurbished (I used a microscope to look for such marks on the seals), but it was preserved that way from the factory. So for the further pictures I cleaned the part first. It does not detract from the function, but beautiful is different. 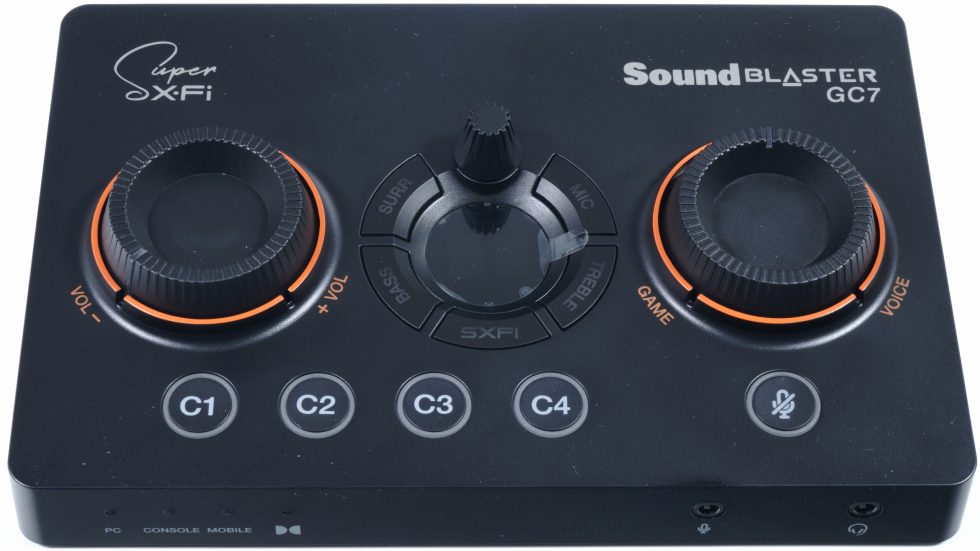 At the bottom you can still find the usual traces to manufacturer and certifications. The 2.5 watts of maximum power consumption (500 mA at 5 volts) shown here are rather an approximate value and due to the USB 2.0, in reality it was much less. But this raises the question of how potent the headphone amplifier can still be. These restrictions are actually unnecessary, because every PC has a 1A connection by now. At least.

The good piece was obviously already a bit older, because the first thing was a necessary firmware update. But that went quickly and smoothly, just as one would wish. Plus point and done.

I have summarized the technical data in tabular form here:

Original vs. Clone – Prusa MK3S vs. Fysetc Replica for the Half of the Price!
Lian Li Uni Fan SL120 RGB Review – Hype or Reality? 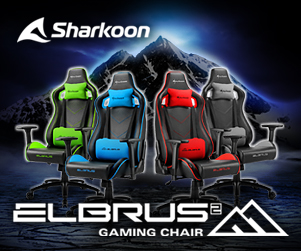