Gigabyte puts a B550 motherboard on the market with the B550 Vision D, which is rather poaching in the nobler upper house with currently a good 260 euro and is partly almost twice as expensive as the cheapest X570 boards. While I still had stomach aches with the Gigabyte B550 Aorus Master to explain the price in a plausible way, the Gigabyte B550 Vision D is a little different. One (laudably) refrains here from splitting the PCIe 4.0 of the GPU and instead has Intel’s Titan Ridge controller in tow, which one has connected quite cleverly. But more on that in a moment.

The almost perfect exclusion of motherboard RGB (the headers still exist, of course) and the default setting to simple white for aRGB harmonizes very well with the very simple and timeless appearance and the orientation towards rather semi-professional customers. The styling is refreshingly different from the box to the UEFI including start screen and the board itself. Whether this justifies the surcharge, or whether there are other features that come into play, the review must clarify. 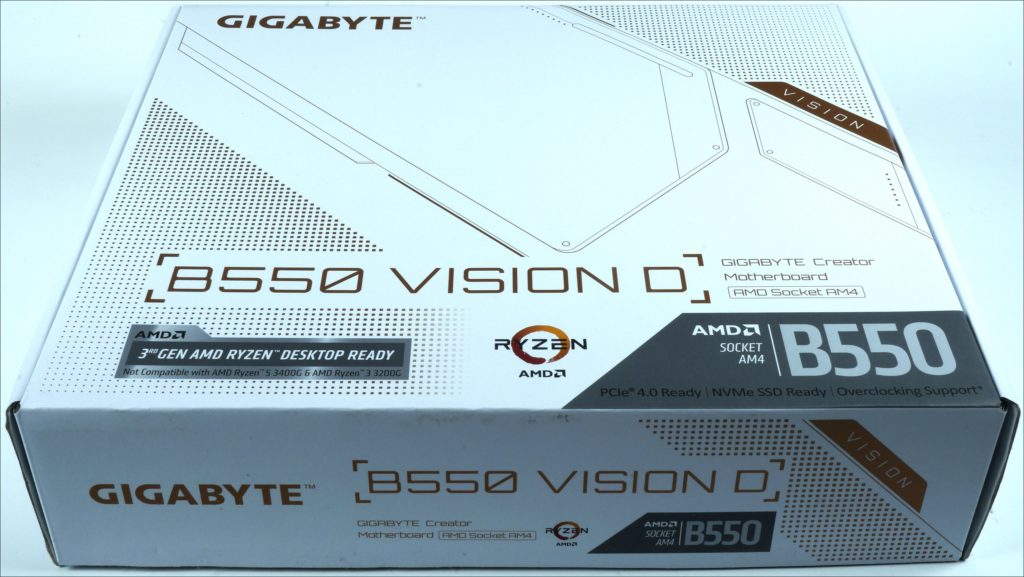 Normally you would expect a Ryzen 5, Ryzen 7 or even Ryzen 9 on such a board, which is why I use the Ryzen 9 3900X, you don’t treat yourself and your IR camera to anything else and I remain comparable. In addition, 64 GB Patriot Viper DDR4 3600 Blackout Edition (2x 32 GB) for the performance tests and simpler DDR4 3200 in the lab for the stress tests. The Patriot-RAM RAM runs absolutely stable even with the awarded DDR4 3600 CL18-20-20-40, so you can leave it at that.

With this, the board is testing up to certain limits, especially since hardly any buyer of such a board will go that far in the end. But it’s always good to know that you could if you wanted to. And, I can spoil this already, even a R9 3950X will still perform stable, even with extreme OC, but with a cut at 135 watts. If you don’t want to use all of the X570’s advertised features, don’t need all of the high-speed USB ports and, for example with a maximum of one PCIe 4.0 M.2 NVMe SSD, another PCIe 3.0 NVMe SSD and a maximum of 6 SATA connectors, he might even be happier with such a B550 model than with the X570 including the loud chipset fan. 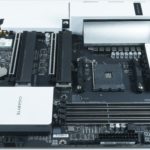 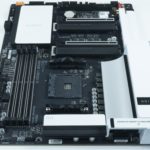 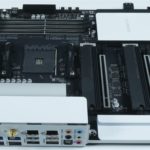 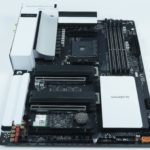 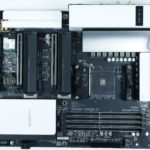 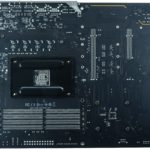 The board runs of course only with the Ryzen starting from the 3. Unfortunately, the 3000 APUs are excluded, because there is only Zen+ in the end. What’s also missing is the additional 8-pin EPS connector, so you have to make do with the one 8-pin. This may not be very athletic for the extreme overclocking of a Ryzen 9 3950X, but it is usually more than enough. By the way, the voltage converters are much better than you would expect from the data sheet, but even more so with teardown and infrared measurements.

The internal 20-pin header for the USB Type-C on the front panel of modern cases is a nice and welcome feature, but it is unfortunately missing. If you’re competing with the price of the upper middle class, you’d simply have to supply this header. But here the lack is due elsewhere. Furthermore, you can also use one of the upcoming Renoir APUs with this board, while the HDMI output and display port is missing on the X570 board.

What is different, are the two USB-Type-C connectors at the I/O. Even if Gigabyte doesn’t advertise this extra, they simply equipped this board with the already mentioned Titan Ridge Controller from Intel and connected it to the CPU and the chipset equally. This means that Thunderbolt 3 can be used to its fullest extent (even for monitors), which the 40 GB/s also prove. The usual RGB is of course on board and the addressable 5 Volt aRGB header as well as the 12 Volt analog header must not be missing, otherwise someone might cry. 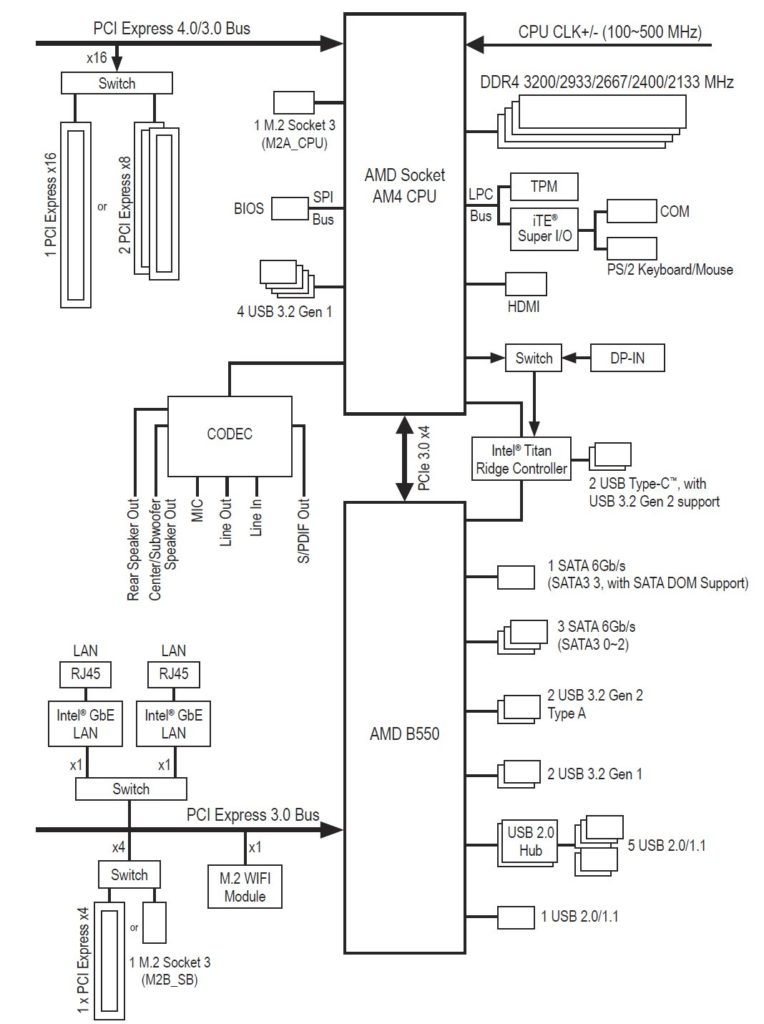 What is acceptable is the remaining number of USB outputs. 4x USB 3.2 (2x Gen1 and 2x Gen2) and 2x USB 2.0 were a bit poor on their own, but the two Thunderbolt sockets compensate for that of course. In addition, two 1 GB/s Ethernet connections are offered, although the sense outside the B2B world with several networks is not quite so obvious for the end customer working alone. The PS/2 port is also a nice gimmick for all those who still have suitable input devices, but are actually no longer up-to-date. The curious ones will also find all the features and data again:


For all the sophisticians, it should be noted that motherboard tests take at least 3 days to complete, two to three days to test and up to one day to write. If you do them right. That’s why such tests sometimes drag on for weeks, because I have to do a lot of things with a time delay. More boards have already arrived here in the lab and I will test them step by step. So I have nevertheless decided to do without a Roundup for the time being. If one wanted to realize this with only 4-5 boards in the necessary depth, almost half the month would be over. And unfortunately, that’s exactly what I don’t have.

AiO-Roundup and overview of all All-In-One compact water coolers for the CPU tested so far and outlook on what’s coming
Fan assembly in a case with overpressure concept – How many fans do you actually need where? | Short test