Actually these are two articles in one, but since one needs the other as a basic requirement, I simply put water cooling modification and overclocking in a review. You can do the one and leave the other. Because even if AMD has given the Radeon Pro W5700 the power reins in terms of performance, at least audibly it will still be. Those who then work and rather wish for silence will long for a water cooling. Meanwhile, this has also arrived in the workstation area, in the servers anyway.

Well, and if you’re already doing that, you could also do the impossible and push the performance of the card a little bit forward. That’s not intended and there are the same as always: the barriers to not being able to do it. In an area where stability and durability are important, overclocking has no place, I want to put that in front. But the challenge to try it anyway remains natural. Since this is a follow-up and in fact the (preliminary) final chapter of the whole story about the Radeon Pro W5700, I refer to the previous articles. 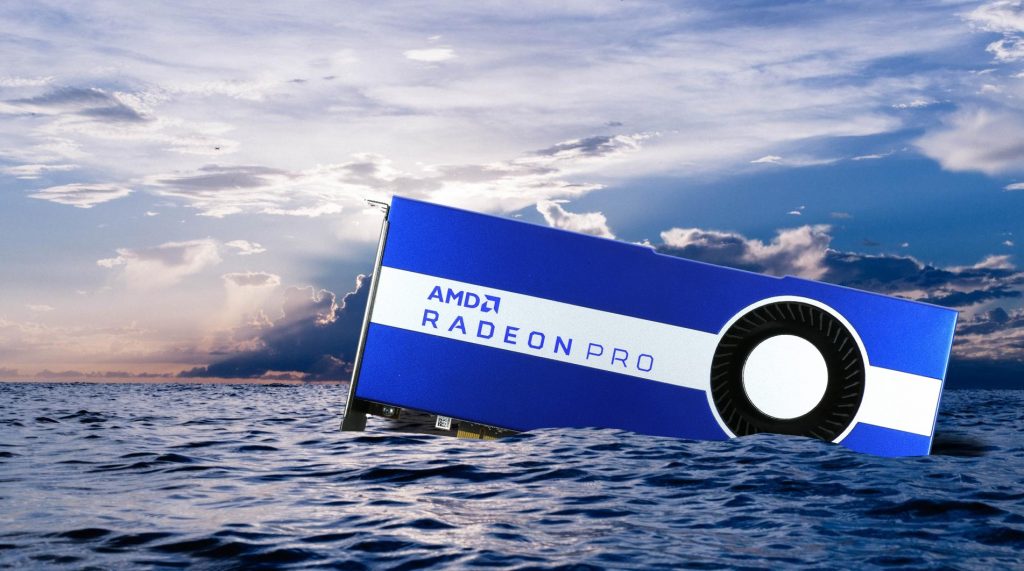 After all this theory, we now move on to the cosy part of the evening and we can still produce some content for the gallery. There’s the aforementioned water cooling as the mother of entertainment and of course the overclocking with the MorePowerTool and the MSI Afterburner as a big blob of cream on Lisa’s Tirami Su. But first I need a water cooling system, which brings me back to the start of the conversion…

Sure, I could have hung the modified card into the workstation’s circuit via quick connector, but slightly higher water temperatures under longer full load could also change the results due to the CPU. Could, but does not have to. Nevertheless the workstation itself remains untouched and I quickly assembled a kind of all-in-one for portable use. The part doesn’t claim the price for design and beauty, but it’s the perfect recycling of existing parts, quickly assembled and most importantly, this solution is also functional.

An Alphacool ice ball including pump on a plate of a long since discarded case meets a thicker 240 radiator (Alphacool NexXxos UT60) with two Be Quiet Silent Wings (1200 rpm, 12V). In addition there are two adapters for the fans to 12V Molex, 7 cable ties and a 12V power supply with Molex socket as output from Phobya, where everything was connected together. In addition, there are of course the matching quick couplings (AlphacoolEiszapfen) and ready is the portable complete water cooler with a good bang. That’s what it’s all about in the end.

Why this particular water block was chosen can also be quickly explained. The W5700 wheel carries the power supply connections at the back, not on top. And that’s exactly where many of the water blocks here in the stock have either a light metal cover or a threaded insert in the plexi for screwing. With the GPX-A, however, you can simply attach a jigsaw with a metal saw blade to this area and saw out the area in a few minutes without danger.

If you want to copy this: saw slowly, otherwise the acrylic will stick together again behind the metal saw blade. Again, it had to be done quickly and with a lot of time and a small fretsaw you could certainly achieve a much better result. But for me the function is what counts, the look is rather secondary. The main thing is that the cooler does what it should. And that is exactly what it has.

The result of the cooling is quite impressive, because the temperatures are much lower than with the standard cooler! As a small side effect one can also note that the clock rate increases by 80 to 100 MHz due to the good temperatures, without overclocking anything. That is 5% more clock, which results in about 3% more performance. This doesn’t sound like much, but it is more than one could attribute to possible measurement tolerances. The benchmark system is the same as in the launch article, whereby the benchmarks were only carried out at the workstation workstation, as the power consumption hasn’t changed significantly. Only that I now cool the card (still air-cooled on the picture) in a second cycle with water. 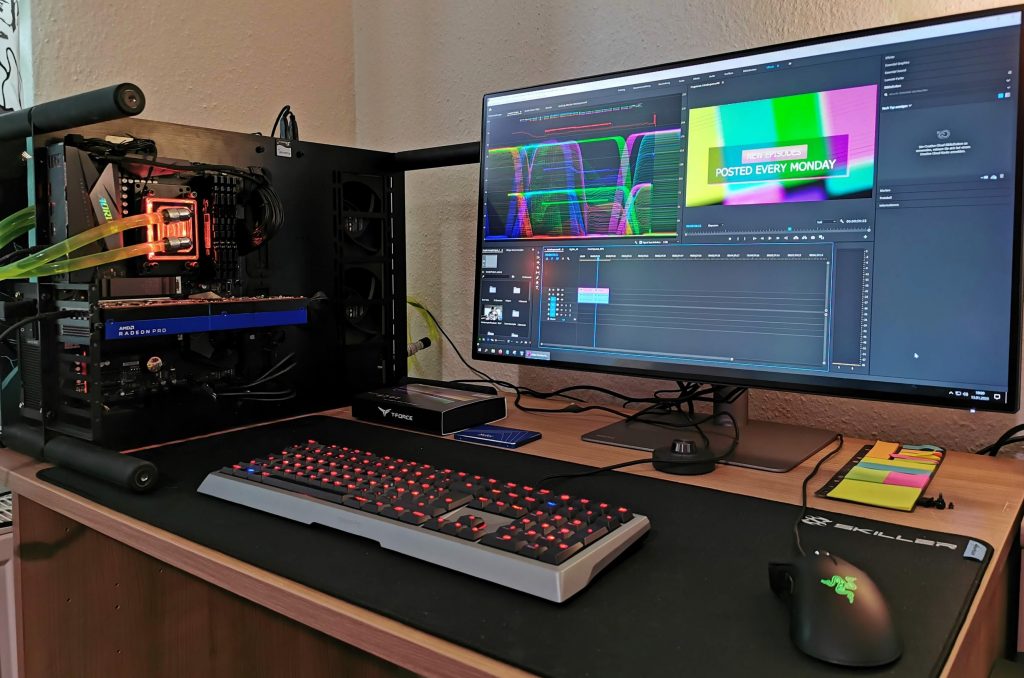 AMDs BIOS castling of the Radeon RX 5600 XT and the consequences for consumers and board partners: BIOS tangle, cooler differences and some crashes
PCI-Express 4.0 vs. 3.0 in test – advantage or tie? Real workloads provide Aha-moments every now and then! | practical test