I have talked to Aris for a long time about this topic, because I also receive many mails every day with inquiries whether this or that power supply with configuration X, Y or Z would really work safely. Due to the lack of a wider range of suitable new power supplies, I relied entirely on Aris, who came up with a special test setup. This time, a very heavily overclocked Core i7-10700K is used as the CPU, which generates significantly more load peaks than a comparable AMD CPU in this performance range, especially under load, and of course a GeForce RTX 3080, but as a partner card in the “normal” 320 watt version.

Then Aris picked out five popular power supply series (which were still available in the normal way in his environment) and got the respective models with 650 watts, 750 watts and 850 watts. The Seasonic Focus Plus Gold, the Super Flower Leadex V, the widely used Corsair RMx, the Thermaltake Toughpower PF1 and the XPG Core Reactor made it into the test. Aris was smart enough to start with the smallest size, because if that already works, the rest is just the usual chore.

You have to know that the power supplies from Corsair, Thermaltake and XPG are pure OEM products, which are produced by the big Chinese manufacturers and are based on standard platforms and designs, which are then also used in slightly modified form in the power supplies of the other customers. In the end, it doesn’t matter whether it’s Channel Well (CWT), Great Wall, AcBel, Sirfa or whoever. Often the saying “known one, known them all” then takes on more meaning than one might generally think. 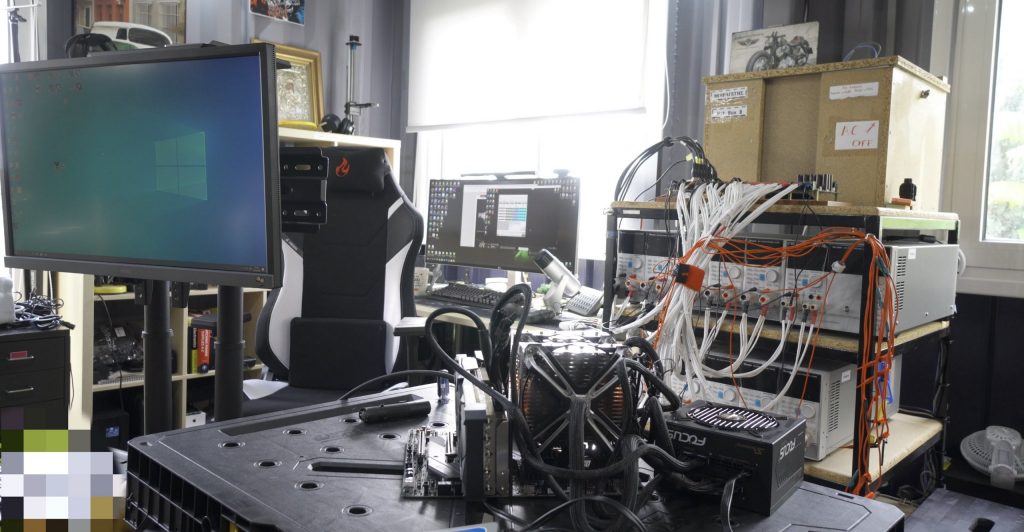 If it’s not absolute noname products, like the power supply disasters from Rhombutech & Co. still offered at Mindfactory for well under 50 Euros, then you can certainly apply today’s test to many other OEM clones. Because except for the power supplies of the original producers like e.g. Seasonic, Superflower or FSP one could print simply Dolly 650 watts on many devices, because the herd of the clone sheep at the power supply trough becomes ever larger.

And to add a little spice, Aris lowered the line voltage to just 100 volts, which puts an extra load on the power supplies. The lower the input voltage, the higher the load on the power supply. If one of the 650-watt devices failed the test, the voltage could always have been increased to 115 V and 230 V. If all that didn’t help, there would then be the option of going back to the 750 or even 850 watt models.

And because it was just lying around so nicely, Aris also tried out the 550W unit from the Seasonic Focus Plus Gold model range, which worked fine even when the GPU was in 2D-only mode. But at the latest in the menu screen of the game came the dreaded clack and the system switched off. Too bad. Which brings us to the measure of stability. Besides the usual load test, which all power supplies have to pass in the certification process or Aris’ thorough power supply tests, I had recommended the integrated benchmark of Shadow of the Tomb Raider, because there I could prove extreme load changes, a very different load distribution of CPU and GPU, as well as a really nasty menu. This is much more important in terms of stability than the extreme continuous load in Witcher 3 or Metro Exodus.

Aris could then frequently observe that the Power Analyzer’s load display for the entire system on the secondary side (i.e. for the entire components) increased from 200 W to as much as 480 W. Another interesting point is that this game puts a lot of strain on the system, even in the in-game menu (graphics settings), because there is no FPS limiter. He was also able to measure a whopping 415 to 420 watts of load there! But these are the normal loads, the transients in the ms range are of course much higher and then push into exactly the ranges that I could already measure for these graphics cards.

I had already reviewed the 650-watt models of the Straight Power series from Be Quiet! tested, in gold and platinum. Even with an MSI RTX 3090 Gaming X Trio and an overclocked Intel i9-10900K, it ran stable and worry-free when the cables were properly connected. I’ve also been running a Core i9-10900K together with a GeForce RTX 3090 FE and a Corsair RM650X for quite some time now without any problems. From that point of view, it could all turn out quite relaxed. 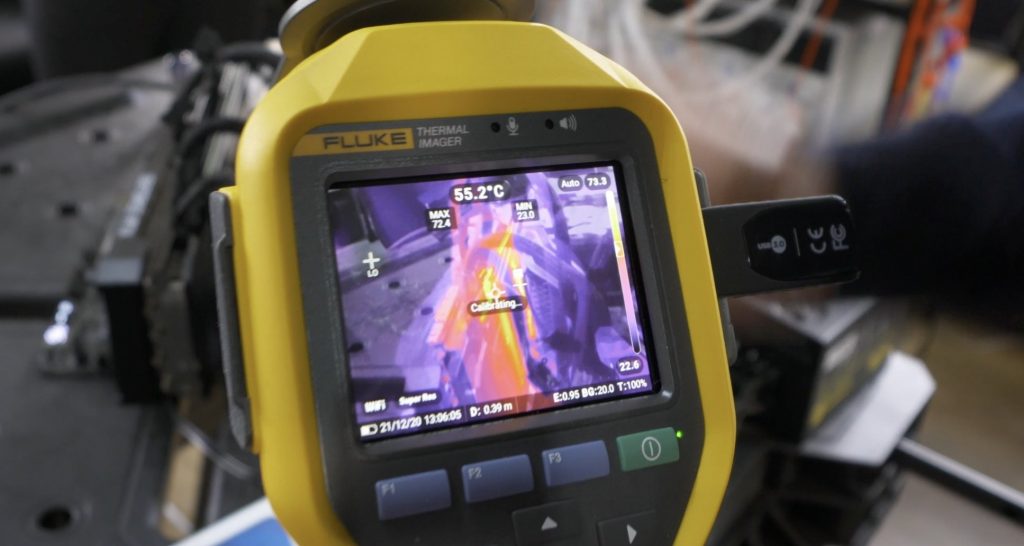 And on this test? All of the branded power supplies tested were able to support the chosen system, even with an input voltage as low as 100 V. This particular gaming benchmark, Shadow Of The Tomb Raider, places a heavy load on the power supply as it generates many transient loads. This did not pose any problems for the electricity suppliers either. Only the 550-watt model shut down, which was actually to be expected. With power supplies below 600 watts, you shouldn’t even dare to try it yourself with a GeForce RTX 3080 FE or Radeon RX 6800 XT. It can really only go wrong.

Aris isn’t the prolific writer, but simply lets the camera follow along with many of the experiments, which isn’t such a bad idea. Then you also have all disasters or unexpected failures on the picture, which is rather the exception with a pure photo freak like me. That’s why I’m also linking Aris’ full test video with kind permission, so you can get your own idea of how such a test goes. Aris’ video channel is interesting and hides many a little gem that the YouTube algorithm doesn’t reward very richly for lack of mainstream suitability. But that shouldn’t deter anyone from browsing through the many videos and poking around a bit. And a little subscription certainly never hurt anyone. But enough of advertising among friends, just have a look for yourself!