What do you actually write after such a turbulent, exciting and busy year as 2019? An editorial comfort zone with a retirement perspective is definitely different, but what to do with it? Let's start with gratitude and leave all other things behind.

A big thank you goes…

… actually to everyone.  But today I will not publish a full picture of myself, but with this picture I will initially explicitly thank my family, who are almost relaxed about my hustle and bustle, the stress and the permanent unavailability or. has endured and endured absence. But without this small fortress of serenity and joy, one definitely cannot stand up to the daily madness. This should never be forgotten, otherwise there is a lack of strength and motivation to rebuild all this. 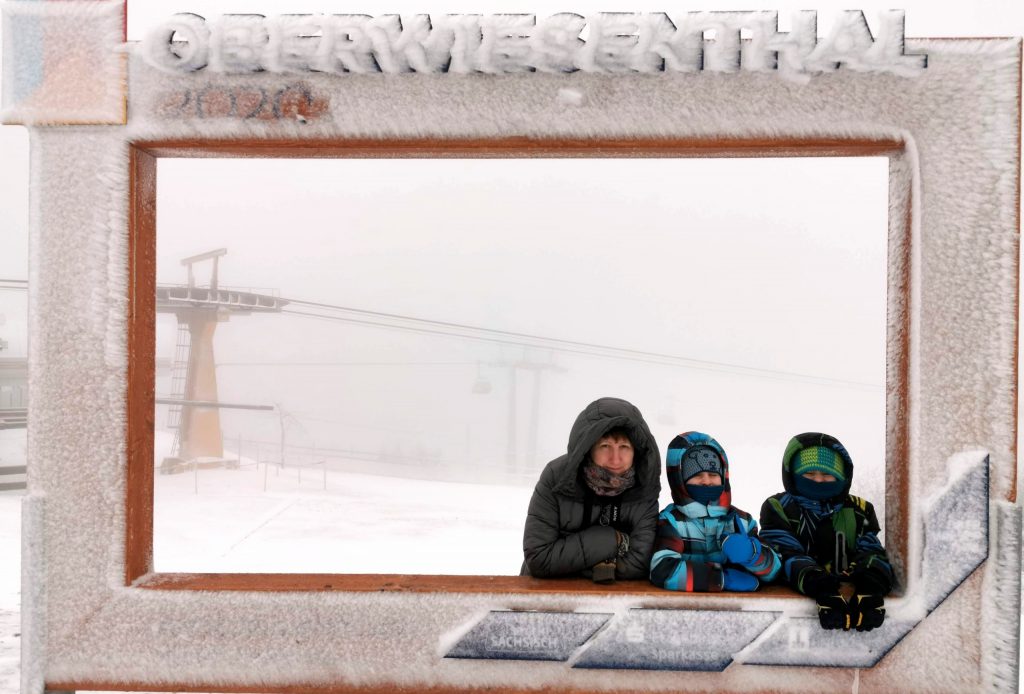 A page stands and falls with the audience, i.e. the regular readers, the reading and co-writing community in the forum as well as the even more active members, who contribute themselves in terms of content and voluntarily in their free time beyond the normal level. That's what makes a good community, and I'm really grateful that the new forum is not only well attended, but that it's almost always quite untoxic and polite. It is precisely this non-taking of silly and puberty disputes that makes the forum here a small pearl, where even a newcomer is still taken seriously. Well, click-bait and page-by-page tirades of the protagonists of classic forum bashing are good for the reach on paper, but in return disrupt our concept, where the demand for content comes first. Then prefer less, but sustainable.

The gratitude of all goes, of course, to those who, after long working or study days, still sacrifice the bit of leisure time to contribute their own content, to test it or to moderate it in the forum. You don't have to spend money that you don't have to spend in this way, you don't have to smash back in through excessive advertising or character pirouettes. In the end, a sustainable balance of only subdued advertising, independent reporting in the form of tests, deeper insights into the practice of many professions and industries as well as what I like to "leak" in advance of information is created, because of course I also have (without having to expose the sources) a nice pool of contacts that simply know better than the swarm intelligence of the forums swinging at each other elsewhere.

Of course, this also applies to your own team, without which you as a supposed lone fighter you don't get very far. There is Jacob, who keeps my back almost every day and of course Benni, who reins in the Apaches, who have become wild enough and keeps the data flow running so nicely.  Well, a lot of things were still learning by doing at the beginning, but by now most of it has somehow settled in, which hopefully remains the same. And I would also like to mention the many donors, because small animals also make crap and the more chickens on the farm, the heavier the egg range at the end of the day. This may become even more, but physical or moral coercion is contrary to me.

… at first, just an idea. Of course, one could complain about the use of ad blockers, who generally complain of a diminishing willingness of manufacturers to invest in classic websites and advertising forms or to use a paywall or a paywall. membership. We did not do all this with purpose, but as early as March 2019, we considered where the journey might go and how it could be possible to connect the classic website, which I would like to keep, much more closely with social networks and new media. The result is a very interesting form of "WebTubing", where I re-prepare and spread existing editorial content for other media forms.

The YouTube channel hasn't exploded extremely yet, but in just under 9 months it has actually gone from zero to 20,000.  Healthy growth and a growing community on YouTube and e.g. my presence in many Facebook groups (e.g.  PCHMG and many others) as well as other forums are paying off. Here, too, we would like to thank the respective operators who are happy to offer me a platform. The joke is that today more and more personality is in the foreground and not static and almost academic-looking websites, which in the classic We-style force their own main actors to self-deny. Sure, even websites are of course a team, but times and customs change and it certainly costs overcoming to show the individual pages. But those who refuse to do so will find it difficult to survive in this business in the long run. 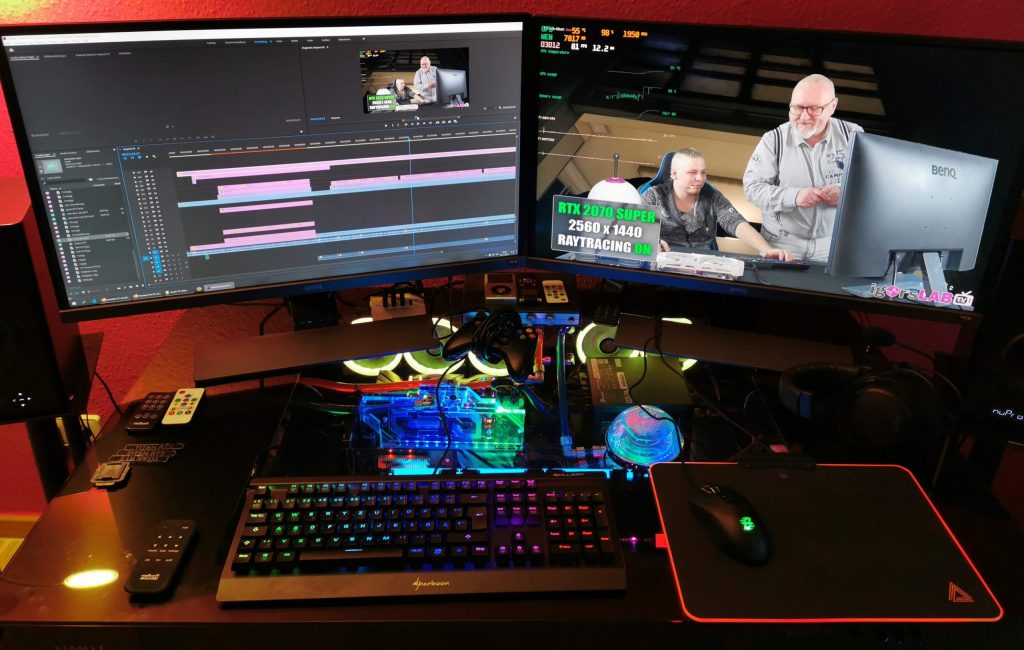 Anyone who thinks that it was easy for me to "prostitute" myself as an "Igor" so often with my face on YouTube is completely wrong. It's a miserable double load that really costs power (and resources) if you want to get it right. But it also pays off for the website, as open as you have to be. There is the traffic that both media generate and the mixing of the actually fundamentally different target groups, so that it has been possible to suddenly turn the sighted into readers and vice versa.

With over 12,000 hours of View Time per month, now nearly 1.5 million monthly impressions and almost 60% of video consumers who don't have a YouTube account (and therefore can't subscribe), the number of "only" 20k fixed subscribers is relative quite quickly. My biggest reach is with the 25- to 45-year-olds, so a not so erratic audience.  This, in turn, is suddenly also seen by manufacturers and suppliers, and so one unexpectedly comes to budgets that are connected to Influencing elsewhere and are based on the objective but in-depth analysis of the products. 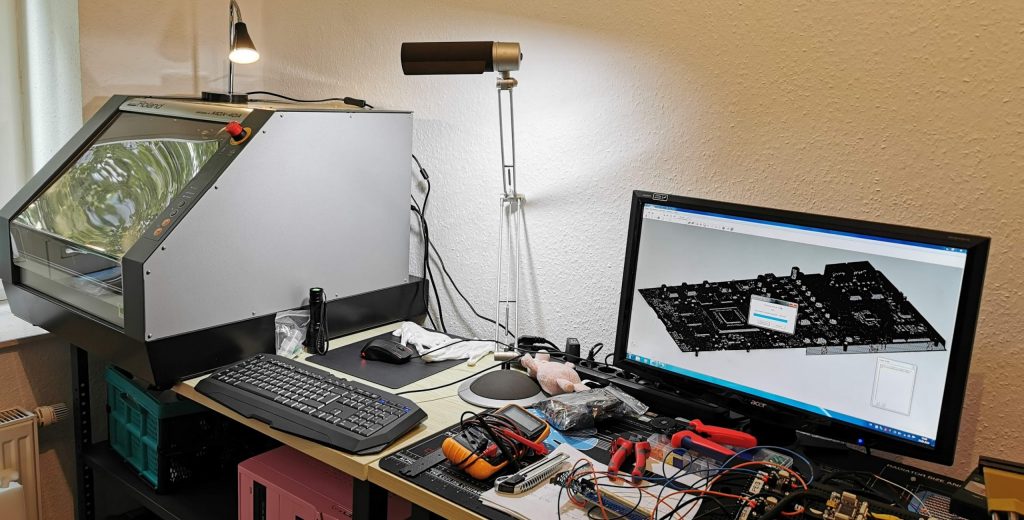 You remain completely independent and can nibble with a little bit of the influencer cake, even if it is only the smaller crumbs. Because self-reliance is paramount in all this. However, the fact that you can still make money with constructive criticism was new to me until then. You don't just have to moan about what's bad, you can show how things are better. If such a revision still maintains the finances, everyone will have something of it. Win-Win is called that. Oh yes, of course, information gathering also benefits from this. That's just on the sidelines. 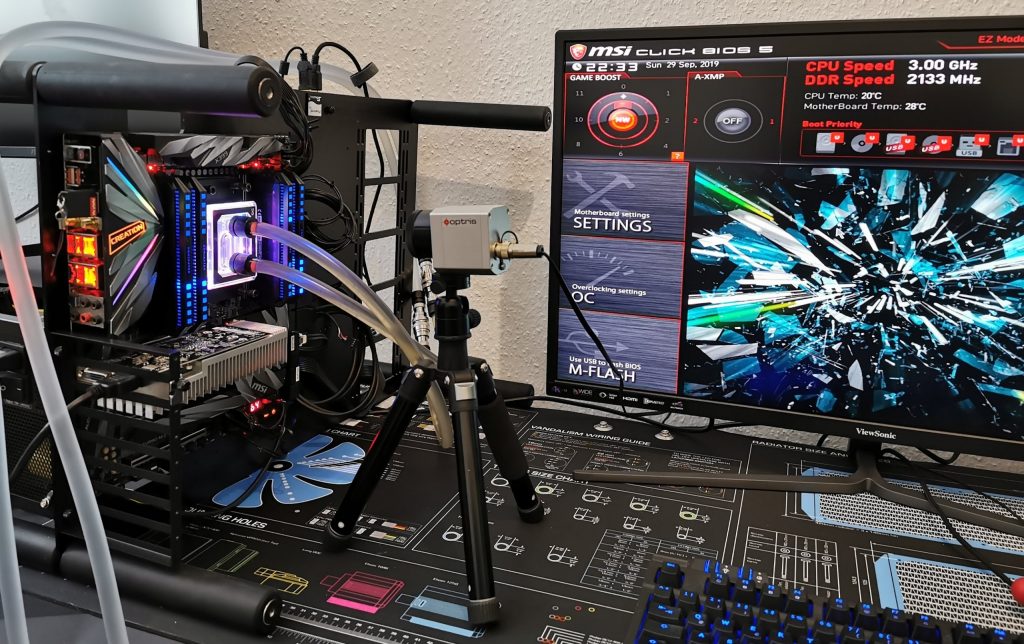 The prerequisite for this is, of course, a properly and functionally equipped laboratory, which I expanded and indulged in in the summer, as it were, in addition to the daily editorial routine, and a larger office. Even more rooms and finally also an own video studio with a large green room with insulation and decent equipment are now on the finally-created list. All of this was created as a pure private investment without any obligations, which at the end of each day also makes me breathe a bit more freely. With the current equipment you can do things that others can't and I don't have to write to editors who can easily splendup us with the amount produced. I can and i just want to go my own way and not do what thousands of others publish. You can also live and hibernate in the niche, which you have elaborately padded yourself.

Of course, one also thinks about whether one wants and should still be known as the German edition of Tom's Hardware, or whether it is not time to draw a line not only in terms of content, but also of business. There was also a return to the Future server and the associated task of the own profile with complete integration into the all-encompassing monetization infrastructure of the licensors. That was a bit too much of a good thing, so in June 2019 we dared to completely change the website, which was not risk-free.

… already clearly planned, but in parts still our trade secret. First of all, there will be more multimedia content without neglecting the website. What we consider to be our core competence will certainly be preserved. There are many companies that believe in us as a team and the current concept, support us and sample us. This, too, leads to gratitude for the fact that one is perceived in terms of content and not only in range counting rhymes. There are a few who (still) misunderstand the potential and instead cling to Google Analytics as if it were a honey-sweet idol. But here, too, I do not want to whine, but have to convince people that estimated access figures for a website alone are not everything, but that the overall construct counts. Interaction, presence and cooperation are more important than naked uniques, this is shown time and again. And I am very sure that this will also arrive at some point where I still see various construction sites.

Where we need material and financial support, part of the area of all-encompassing hardware procurement is, I do not want to deny that, because I am anxious not to have to link this to dependencies. This is precisely what, for example, the donations are meant, because for our income we have to stand straight anyway and at the end of the day I pay the whole laboratory anyway out of my own pocket. I also have to weigh up whether it should be a family weekend, a measuring device or the CPU XYZ. And it is certainly easy to understand that this decision will not be in favour of the piece of silicon.

With this in mind, I wish all readers, stakeholders and companies a good (and sustainable) start to the new decade and hope that you will continue to weigh us as a team and me as a multimedia universal cleaner. An increase is always in it, promised. Now it's your turn 🙂

PS: Tomorrow is 31.12.2019 and I will just give myself the freedom to donate the last day of this year to my family and also to spend a bit in the kitchen. Love goes through the stomach and bad fast food goes through the colon. Then you'd rather have something neat from the lab kitchen. For this, there will be a review on 01.01.2020. Kiss until the next decade and all will arrive well and wrinkle-free over there!