Xiaomi has hit the YI 4K right: Despite all the functionality, it is still quite cheap action camera, which even allows 4K video recording at a tidy 30 frames per second. The scope of delivery of the currently available at Gearbest.com for ... Hands-On Test We have been using the camera in Igor's laboratory for about two months - but with a lot of use. For example, we document the dismantling of graphics cards in order not to make any mistakes during later assembly, or to... 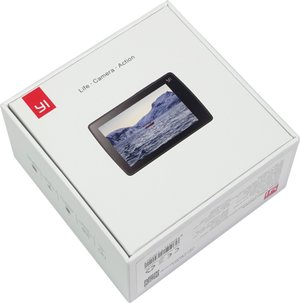 Xiaomi has hit the YI 4K right: Despite all the functionality, it is still quite cheap action camera, which even allows 4K video recording at a tidy 30 frames per second.

However, the scope of delivery of the camera, which is currently available at Gearbest.com for less than 190 euros (for easy import we will write something later), is somewhat narrow. Apart from a thin manual and a very short USB charging cable, there is only the battery in the packaging, nothing else.

The delivered camera of the second generation measures just 6.5 x 4.2 x 2.1 cm and with its 95 grams is a real lightweight that you can hardly feel on the helmet and that most quad copters can still handle safely. The camera is available in white, black (tested here) and rose gold.

Those who can live with an English-language menu guide (despite the change over the region to Germany) currently get the more rounded product for the half of the capital stake (after all, GoPro Hero4 and Hero5 still cost well over 400 euros). Everything is self-explanatory and you will hardly need any special language skills.

But back to the camera: The YI 4K also relies on an Ambarella A9 in the GoPro Hero4, but in the improved version A9SE, which works more energy-saving and therefore also cooler. A separate one-hour endurance test in our 40°C hotbox was completed without complaint and without switching off, while the Sony RX100 Mark III, which was used for comparison, switched off here after only 17 minutes for thermal reasons.

Photos can be shot with up to 12.35 megapixels, which is also possible with the older sensor of the Hero4. At this point, we would also like to point out once again the importance of the correct memory card.

We have tested cards of varying speed and need to underline that the best card is just good enough for 4K shots – especially in high quality – as well as burst mode with up to 30 frames per second. The Samsung Evo+ with 64 and 128 gigabytes proved to be useful for the cheaper cards, while various sandisk cards failed at the latest in the video despite the matching performance class in the overall test.

A 2.19-inch Retina touch display with a tidy 330 ppi (640 x 360 pixels) not only allows you to control the recording(s), but also to play existing recordings (whether images or videos). The operation of the touch surface is exemplary, because the surface protected with gorilla glass reacts extremely nimble and sensitive enough to our inputs. 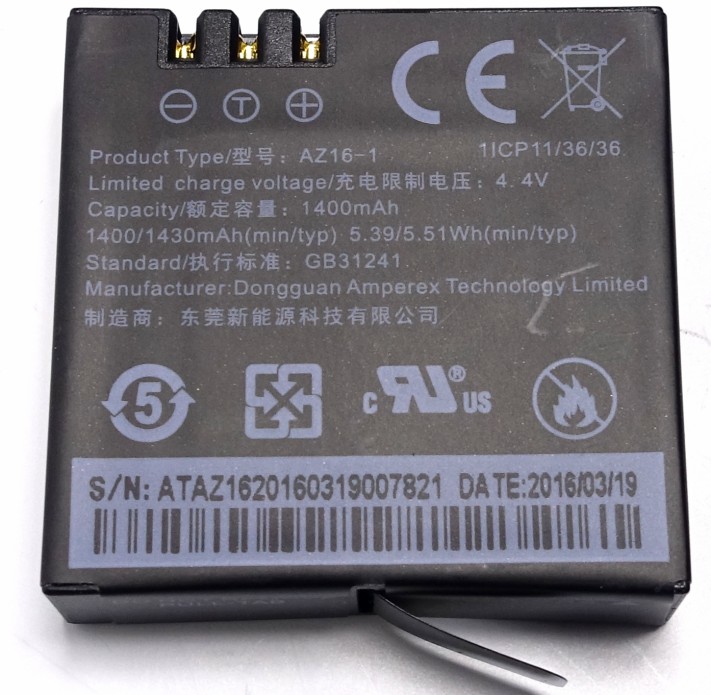 mi, the Y1 4K's much more powerful battery with 1400 mAh is supposed to last more than two hours of permanent video recording, although we did not quite achieve this goal in the endurance test. However, even with the 109 minutes of running time, the battery is likely to be even more stocertain than what GoPro has installed in the Hero4.

In the battery compartment of the camera, besides the easily insertable and retractable battery, there is also the memory card compartment, which cannot be reached comfortably enough with the battery inserted. For the card change – the battery has to be pulled out on the tab, which you better not remove – otherwise you will never get the battery out again.

By the way, the locking mechanism of this battery compartment is surprisingly solid for an otherwise minimalist construction.

At the top we see the two microphone openings, the speaker opening for playback and the combined on/off and on/off Trigger button with integrated status LED.

On the floor, in addition to the already mentioned battery compartment, we also find the asymmetrically arranged threaded ring, which allows installation on commercially available tripods. Other accessories – such as helmet fasteners and waterproof housings – have to be bought extra, but get it quite cheap in many China stores.

An electronic image stabilization system is built-in, which reacts to all six axis sensors of gyroscope and accelerometer and in practice makes a good figure especially for serial images (burst mode). But more on that.

First of all, we compare the camera with the GoPro Hero4, which offers quite a few surprises:

AMD FreeSync 2 grows up: HDR and Low Latency
Ryzen, not Zen: Is this AMD's return of performance CPUs?