Review: Improvements instead of standstill It has now been almost two years since FreeSync was introduced by AMD with a lot of effort and at the same time the distribution by as much compatible hardware as possible in the form of matching Monito...

Review: Improvements instead of standstill 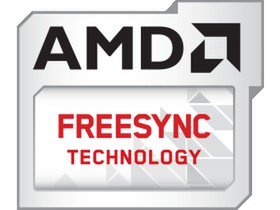 It's been almost two years since FreeSync was introduced by AMD with a lot of effort and at the same time the spread was pushed by as much compatible hardware as possible in the form of suitable monitors. Since then, a lot has happened and AMD has now also managed to technically catch up with Nvidia's G-Sync in this area with the low-frame rate compensation (LFR).

This was also urgently needed, because it was one of the main arguments for G-Sync (and against FreeSync) that without LFR, whenever the frame rate fell below the minimum refresh rate of the FreeSync monitor, this technology simply stopped working. The visible consequences were then an annoying stutter of the image and a lot of tearing, which kept quite a few buyers from opting for FreeSync. 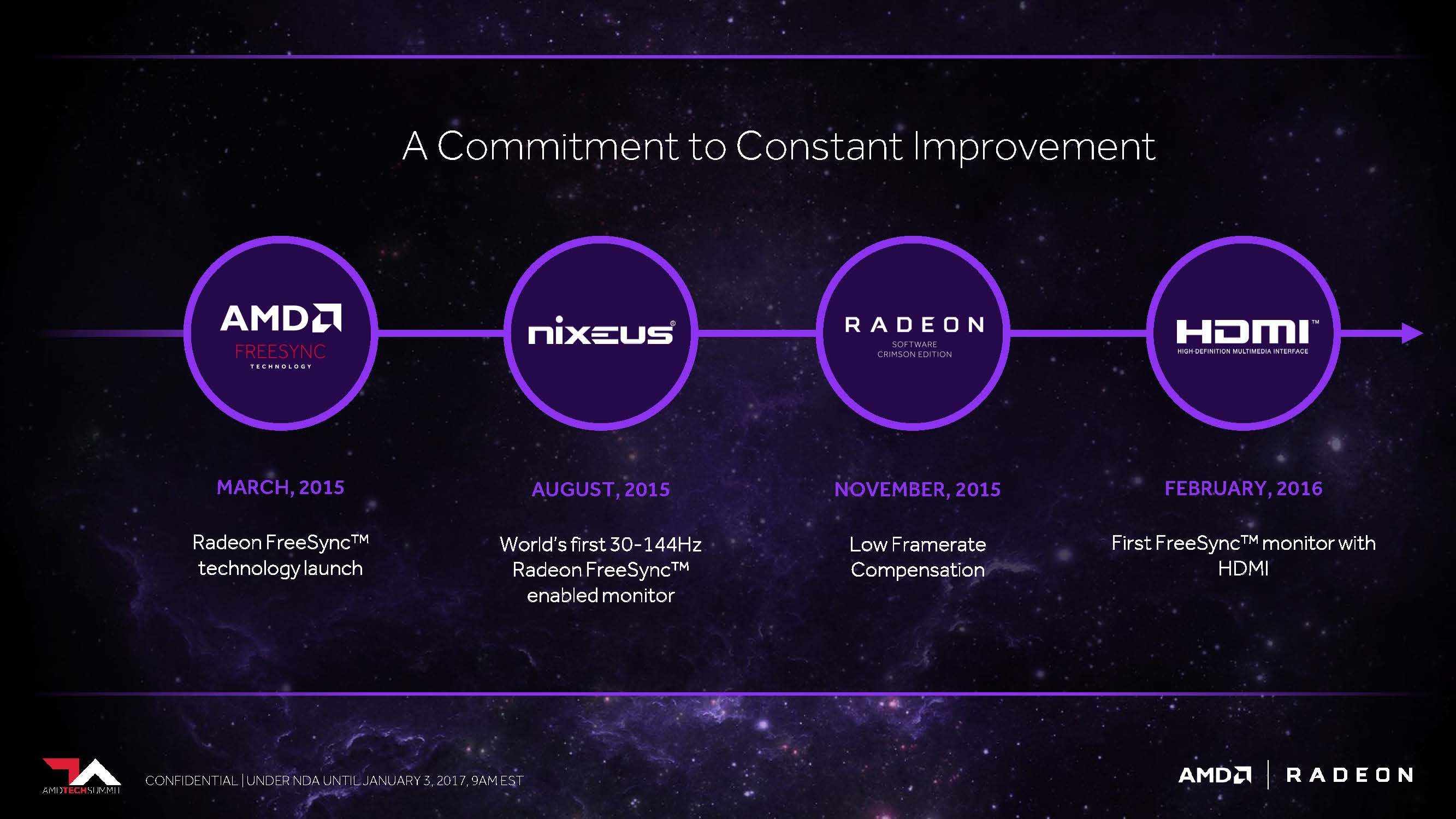 However, after implementing LFR in the Crimson driver, AMD faced a new problem, because although many of the monitors already available on the market automatically supported this feature, not all of them were. The reason for this is purely technical, because the use of LFC requires a maximum refresh rate that is at least 2.5 times the minimum refresh rate and ideally even higher. The boards installed in some monitors, which only have refresh rates between 40 and 60 Hz, 48 and 75 Hz respectively, 55 and 75 Hz, so could not do anything with LFR.

It was precisely these teething problems that initially prevented many buyers from opting for FreeSync as a cheap, but not entirely problem-free alternative to G-Sync. In the meantime, the hardware side has also been pushed up considerably and many new partners can be found. If you follow AMD's own statements, there are now significantly more FreeSync than G-Sync monitors on the market, which is likely to have significantly outperformed Nvidia in terms of variety of offerings. The current implementations are, one must admit AMD enviously, very successful and really unproblematic in practice. 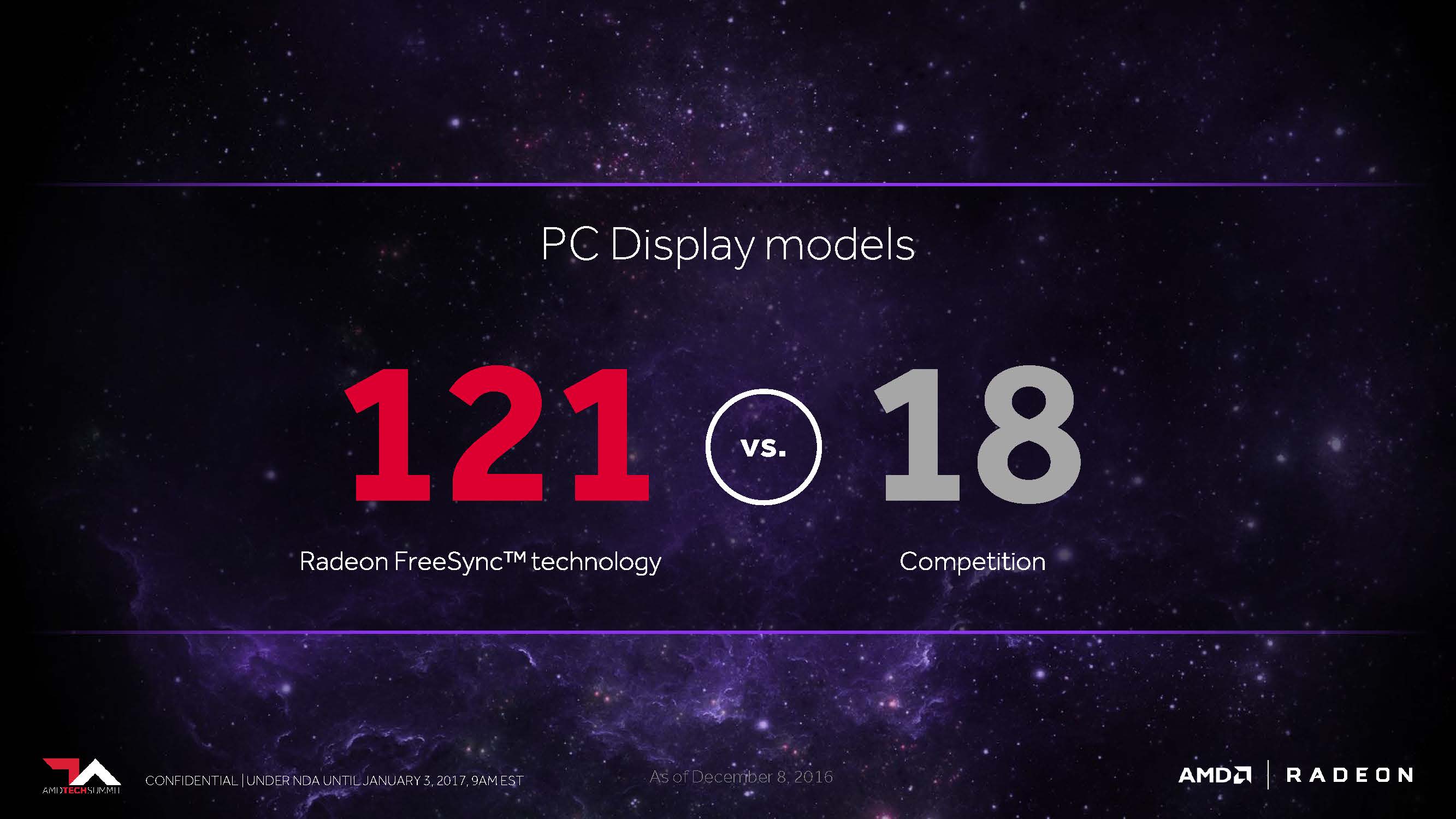 Of course, there was and still is something to improve and so the functionality has been extended to HDMI, for example, so that this connection is already fully supported by some monitors. This includes the possibility to display full images in windowed mode (windowed mode) without a border. 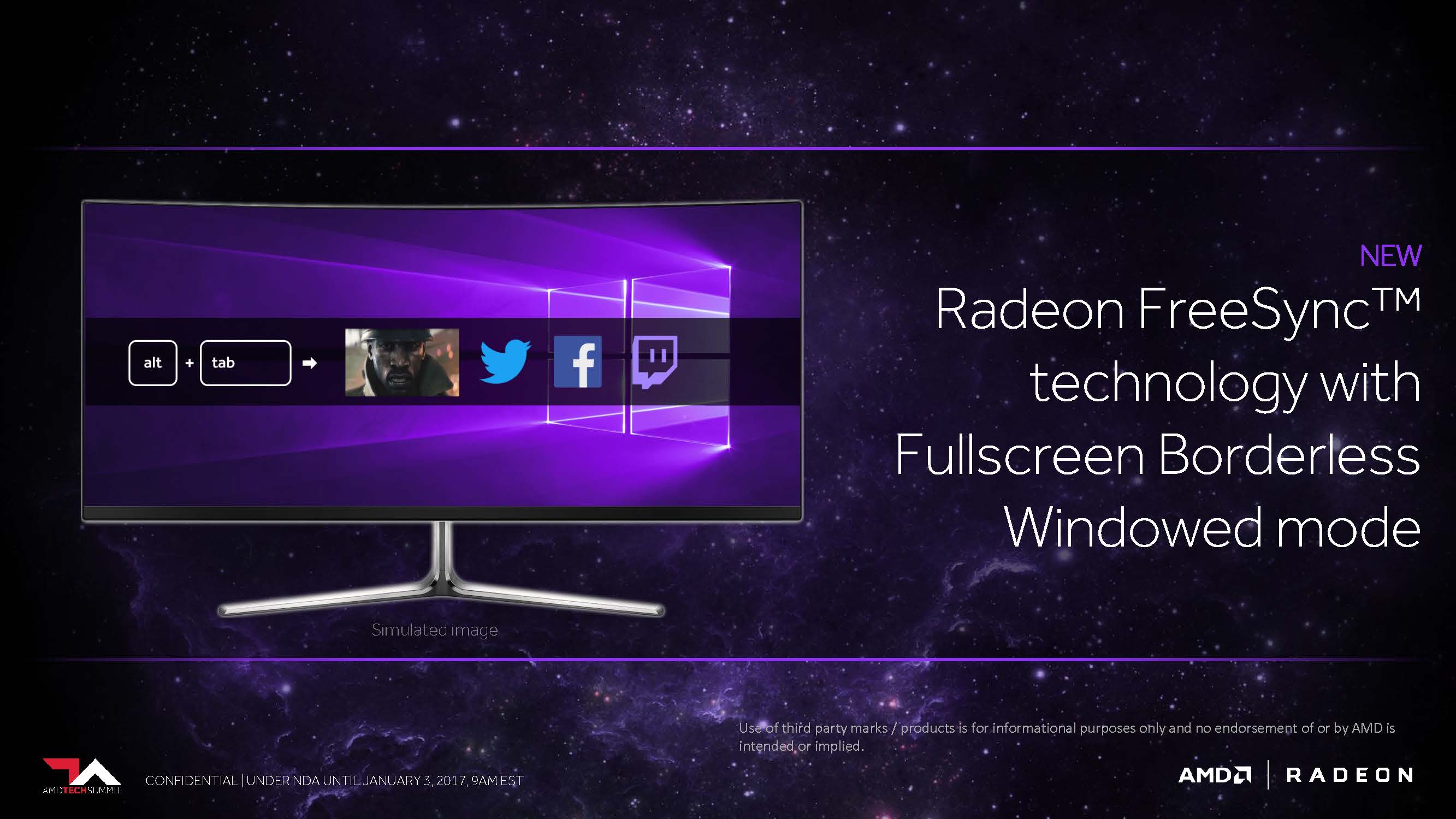 Proprietary Interface Against Open Standard – AMD is certainly aware of the concerns it will (still) cost to convince players to invest their money in FreeSync-compatible hardware and not leave it with the competitor. AMD is likely to play into the hands of the fact that the high royalties, which are eliminated by the open standard, can be passed on to the user in the form of cost reductions.

Radeon FreeSync 2: a step towards HDR

Back in 2015, AMD gave us a detailed account of how the vision for high-dynamic range rendering (HDR) could take shape. Meanwhile, both the Sony PlayStation 4 Pro and Microsoft's Xbox One are based on AMD graphics and support HDR10. If you look at the market of TV sets, you will be able to follow the growing trend towards HDR. In the meantime, there are even (console) games that are specifically designed to use this feature in the first place and to provide another selling point.

Radeon FreeSync 2 now wants to make this previously console-exclusive feature suitable for the PC. AMD has summarized the functionality in one slide as an overview: 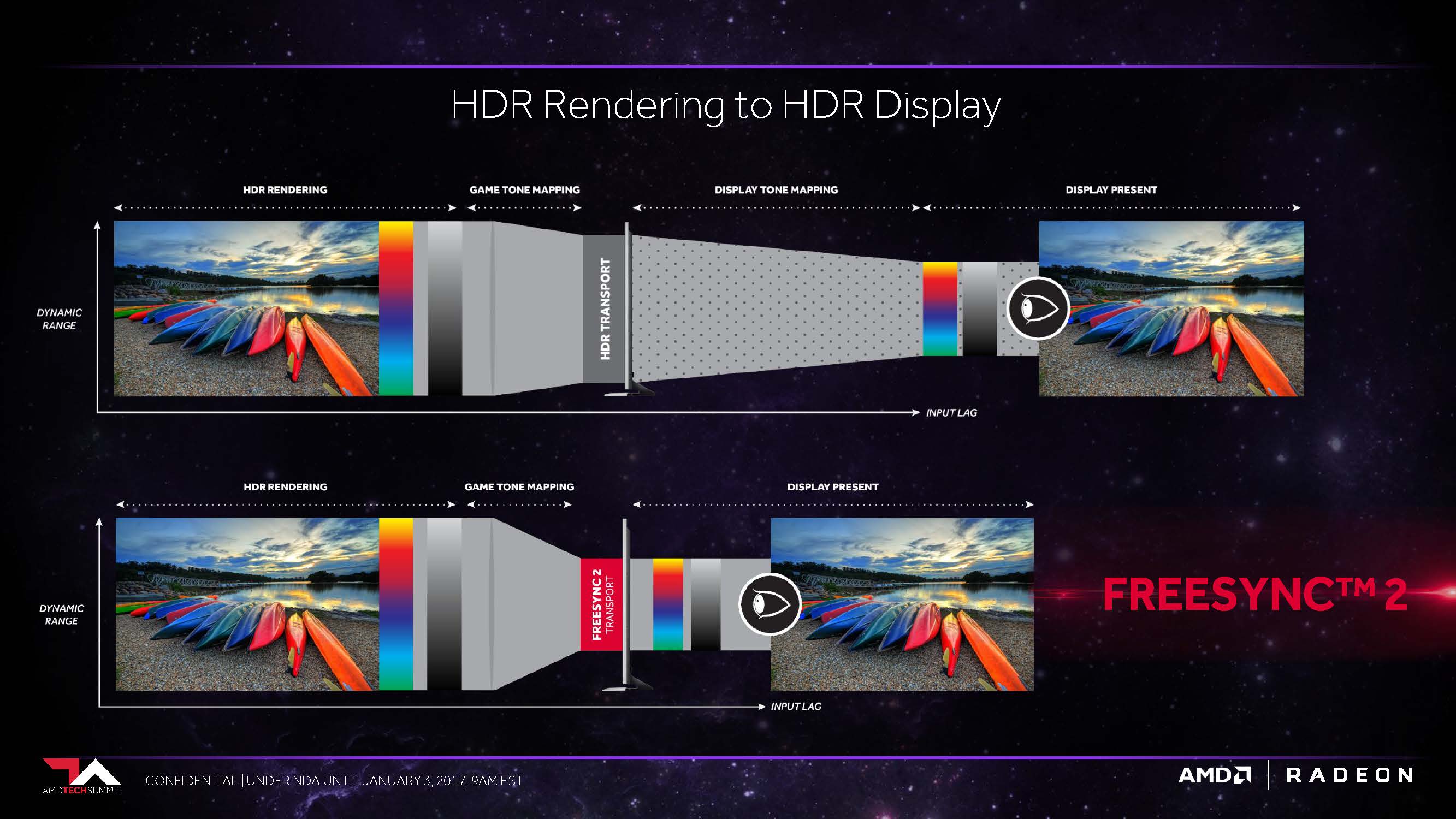 The most eye-catching feature is the elimination of the monitor-side tone mapping, which was previously necessary to be able to output an HDR image also colorfast. RadeonFreeSync 2 has the ability to directly supply the game engine with all relevant, previously read data of the ad (see slide above, lower part).

This makes it possible to generate the maximum image quality individually adapted to the respective display device, which then enables a real native output without further post-processing. As a result, the input lag can also be significantly reduced, as AMD's slide shows. Unsupported software can use the monitor and its default settings as before, an explicit changeover is not necessary. 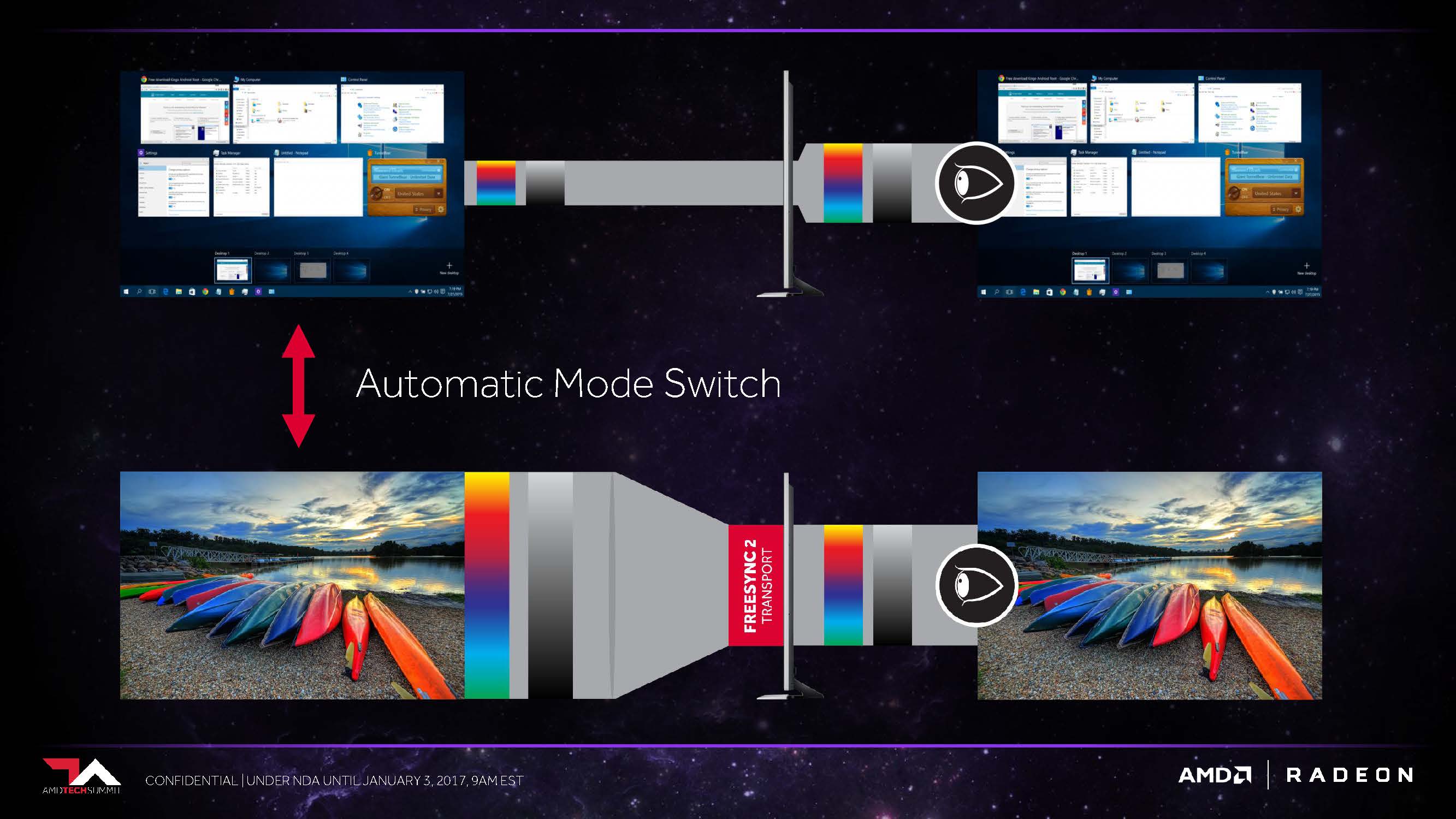 The question of why not simply use the existing possibilities of HDR10 or Dolby Vision has already been answered indirectly in the previous section, because they need another step for tone mapping, which AMD completely avoids with this new solution approach. Wants.

David Glen, Senior Architect at AMD, told us that while HDR10 and Dolby Vision were actually designed for ten years in advance, they were not in the future. however, it is already the case that the best available HDR displays have almost reached the limits of these transmission possibilities in the stream. The tone mapping required on the display side and the resulting input delay (input lag) are then only further arguments against these solutions.

Bypassing this sounds like a lot of work. After all, every FreeSync-2 compatible monitor must first be characterized in order to be able to start the whole thing at all. Then the games and video players on the software side must also have an API provided by AMD. So there are a lot of things to be done between game developers, AMD and display manufacturers, so that a real implementation can become a reality at all. 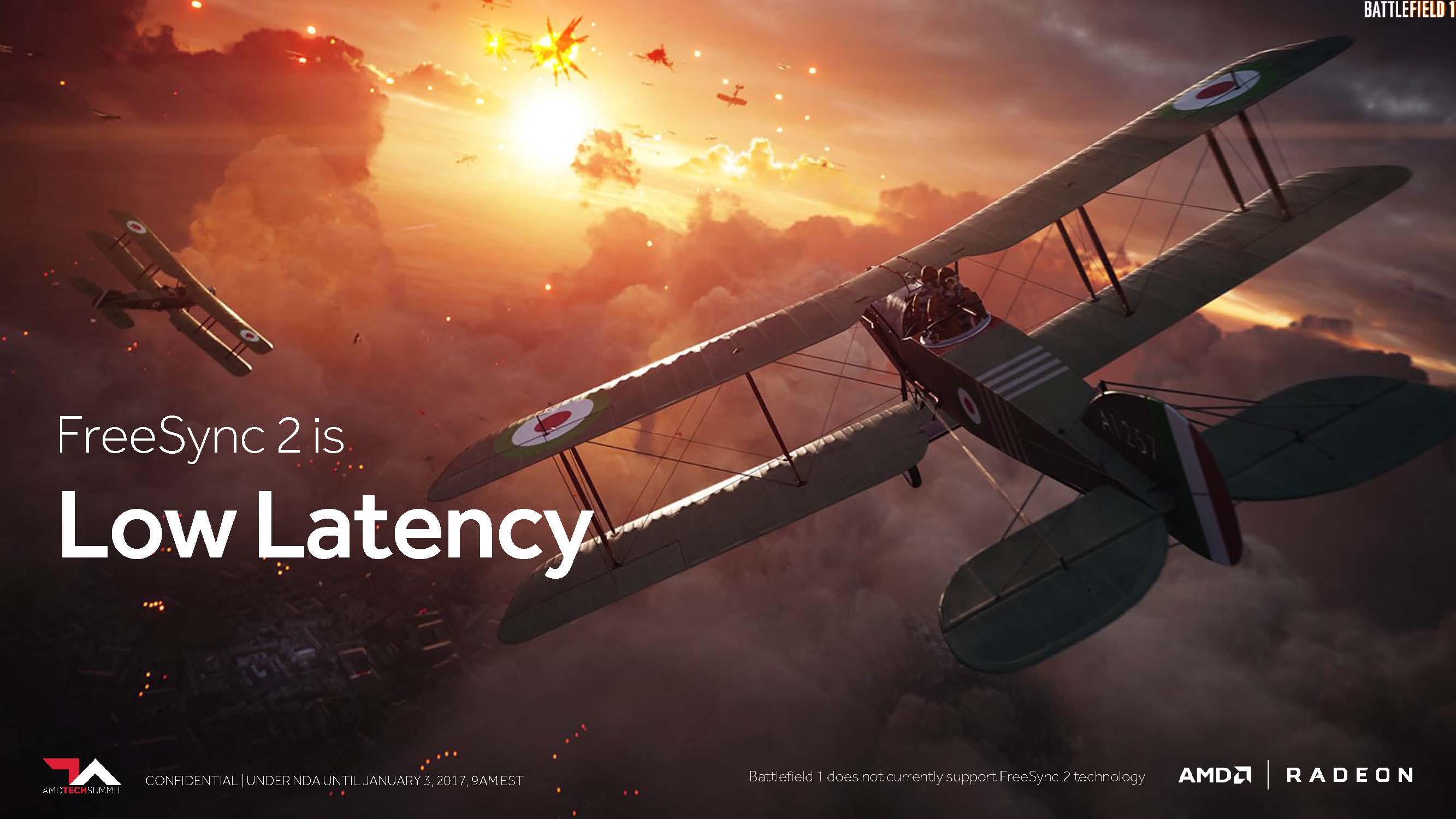 It remains to be seen how AMD's partner Radeon will record FreeSync 2, because in addition to the additional effort, this technology will also (temporarily) become what has always been criticized on G-Sync: a proprietary interface. What could ultimately make the difference, however, is the manageable cost factor, as Nvidia's high royalties have always been and still are a point of criticism against G-Sync.

AMD has also explained to us what requirements will be necessary for FreeSync 2. For example, branded displays must be able to deliver more than twice the perceptible brightness and color volume of the sRGB color space. AMD plans to launch this technology as early as 2017, so it will be interesting to measure the manufacturer against this timeline and see what will actually be available on the market within this very tight period of time.

AMD's David Glen assured us that we'll see monitors with the aforementioned minimum brightness requirement as early as this year. He also stressed that FreeSync 2 certification will generally require low latency and that more than "a few milliseconds" would be completely unacceptable. He owed us exact figures for this, but we had already mentioned that LFR compensation will also be a mandatory part of FreeSync 2. 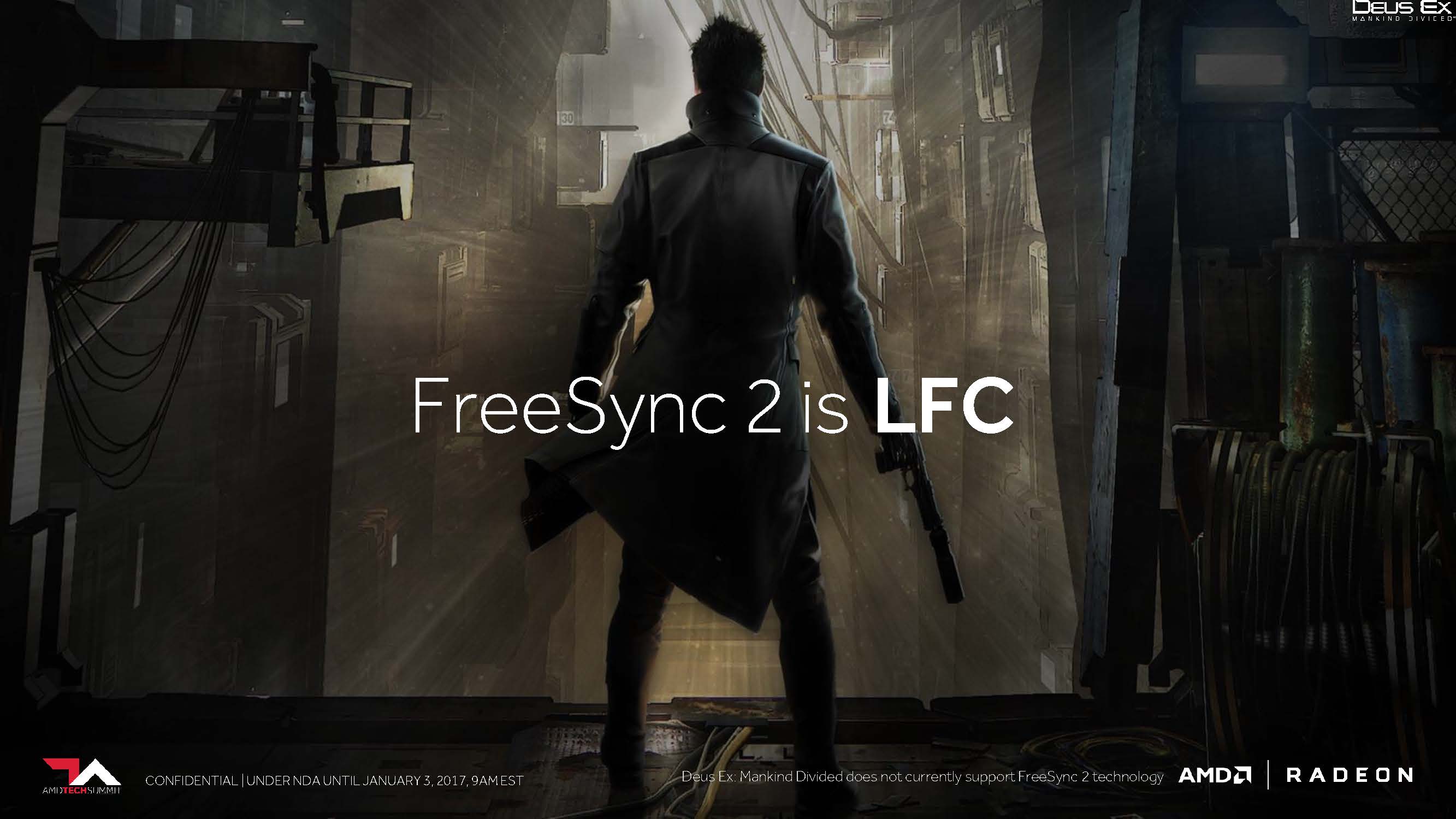 AMD predicts that FreeSync and FreeSync 2 will coexist for the foreseeable future, so that new FreeSync-enabled displays will continue to be on the market, while FreeSync 2-certified models will also be released at the same time. According to AMD, any AMD graphics card that supports FreeSync also supports FreeSync 2, so there will be no incompatibilities here. Whether, when and how all this will prevail remains to be seen, of course, but the beginning has at least been made once before.